December 10 marks exactly sixty years that Czech scientist and inventor was awarded the Nobel Prize in Chemistry. His main area of work was in polarography. Associate Professor Jiří Barek discusses the chemist’s success and invaluable contribution. 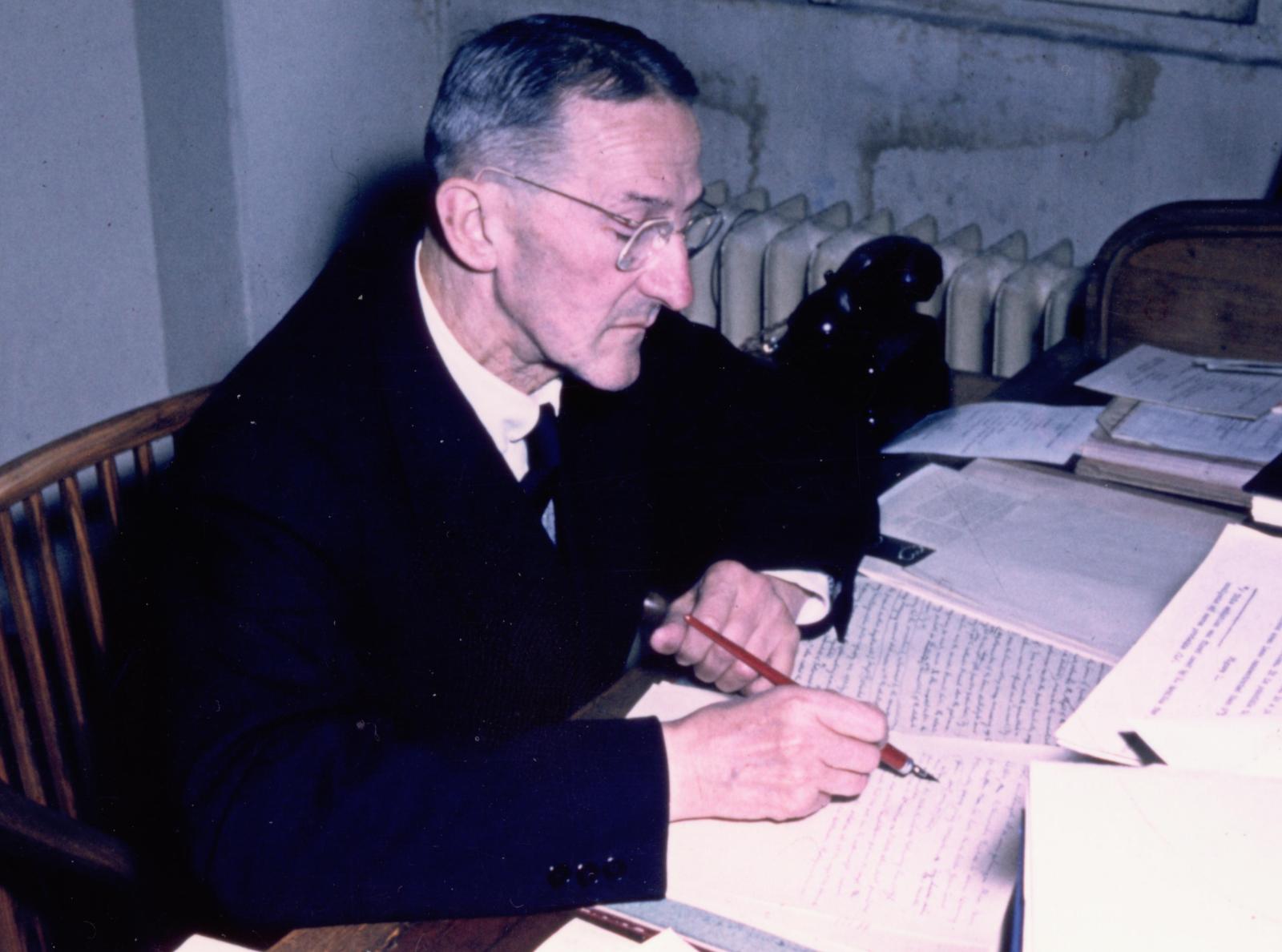 You were 10 when Professor Heyrovský received the Nobel Prize in Chemistry for his work in polarography. How important is the method - dropping mercury electrode electrolysis – for you as a chemist?

I am one of the vanishing generation of scientists very well aware that our own results were possible only because we were standing on the shoulders of giants like Professor Heyrovský. I was fortunate that I gained a love for polarography from amazing personalities from the Prague school of polarography beginning with Professor Heyrovský himself. I am talking about scientists who worked either in his Institute of Physical Chemistry at the Academy of Sciences (now bearing his name), in our Department of Analytical Chemistry, or in our UNESCO Laboratory of Environmental Electrochemistry.

And although the dropping mercury electrode has been replaced in laboratories by new electrode materials as electroanalytical methods evolve, it is still an amazing tool for studying the properties and transformations of new drugs, chemical carcinogens, pesticides, nanomaterials, biomolecules and many other substances important for human health and environmental protection. It is necessary to realize that new electrode materials and electroanalytical methods would not have been with us without the pioneering work of Professor Heyrovský. The methods and experimental procedures of scientific research introduced by Heyrovský are still in use in various nanotechnologies, biochemistry and other natural and medical sciences. 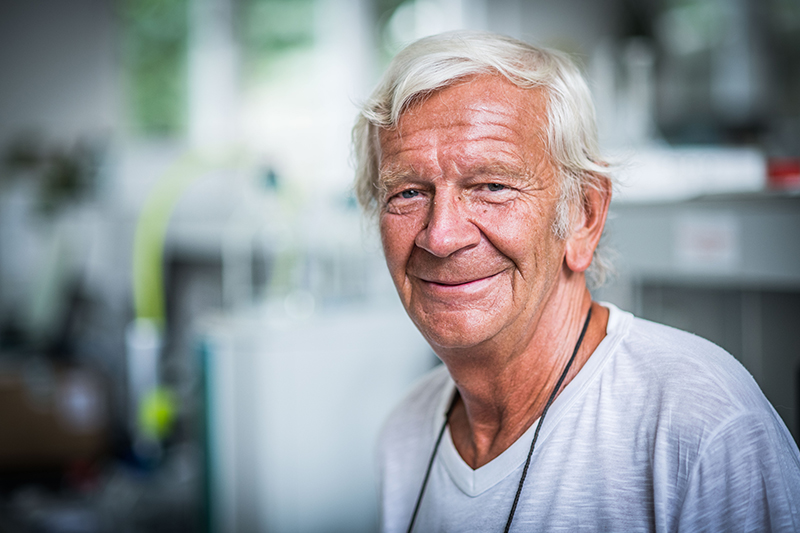 Heyrovský published his first article about his discoveries in this field in Chemické listy (Journal of Chemistry) in 1922. Why did the award come so late – in 1959?

For perspective, Professor Heyrovsky was nominated 18 times: 14 times for chemistry, once for physics and three times for physiology and medicine. Usually Nobel Prizes in this field are not awarded the first time. There is considerable competition in this field, which is all the more reason to appreciate and commemorate this award.

It is sometimes the case that the exact date of scientific discoveries leading to Nobel Prizes are hard to pinpoint; was that the case here?

It’s wasn’t the case with the discovery of polarography. As it happens, we know the exact date of its birth. Heyrovský came up with the idea that it would be interesting to measure the current passing through mercury dripping into the solution under observation on February 9th, 1922. Because he lived in happier times – when scientists did not have to spend most of their time writing reports, grant applications and their billing – he simply borrowed a mirror galvanometer from the Faculty of Mathematics and Physics and, in the afternoon, measured the dependence of this current on the inserted potential. Later, this dependence came to be known as a polarogram. He published the measured dependencies in Journal of Chemistry in less than four months. 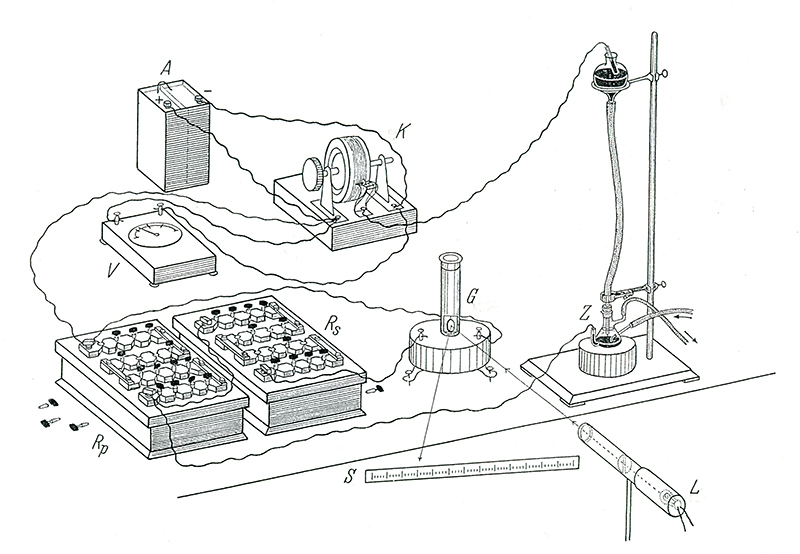 Heyrovský is said to have been very talented already during his studies. Is there a chance that we will see similar such success in the future?

It’s possible. That said, I belong to the minority who think that the main mission of our universities is not to educate a ‘select few’ who will then go abroad as soon as possible for better working conditions and better chances for various awards, but to educate really good professionals within Czech society. And in my opinion, a pyramid can only be as high as is the width of its base. So if we want to think in this direction, we must do everything possible to inspire the most talented young people go to study natural, medical and technical sciences.

As for chemistry, I would definitely start by improving the quality of chemistry teaching at primary and secondary schools, restoring the importance and position of Czech secondary schools focused on chemistry, once considered world-class in their fields. And maybe I would consider limiting the ‘planning role’ of our grant agencies. I am a little worried that today Professor Heyrovský would not even get a grant for measuring mercury dripping into various solutions, although it led to the discovery of polarography. Just as it would be difficult for Alexander Fleming to get a grant based upon a promise to forget to wash a bowl to discover penicillin.

I think that a lot more effort should be taken to make science attractive for young people. I have seen children’s excitement and interest when my colleagues show them beautiful chemical experiments, and later wonder what put out the light by the time these children began to decide what they would study when they finished school. 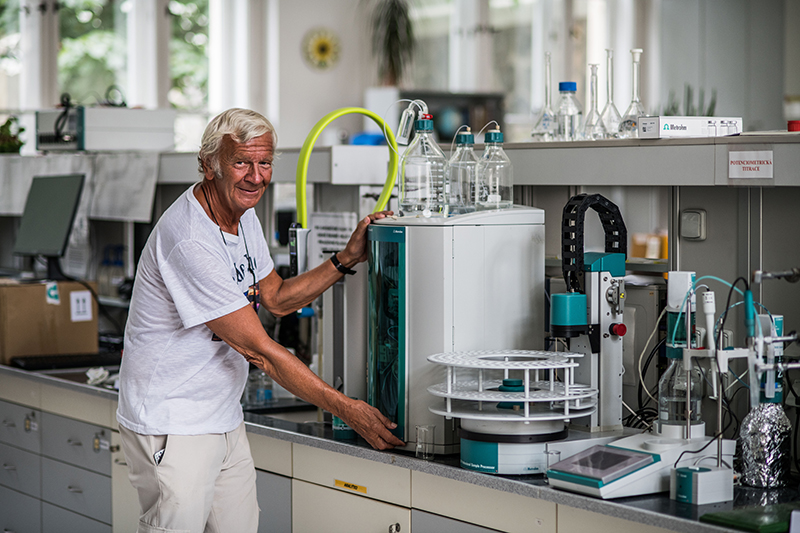 In your opinion, what were Jaroslav Heyrovský’s greatest qualities and skills?

He had the ability to distinguish the essential from the non-essential, which allowed him to see the amazing benefits of the dropping mercury electrode despite the complications of current oscillations caused by the dripping. He had the ability to explain and promote the results of his research in an amazing way, and to convince the international scientific community of the practical usability and fascinating possibilities of the polarographic method he developed, thereby ensuring its wide practical application. He did his amazing research not only with his head and hands but with his heart. He was skilled in creating and leading a large research team. He was also extraordinary in the way he was committed to his work. Professor Heyrovsky loved his dropping mercury electrode and he was rewarded for his love with beautiful polarogram curves.