Six students of the CU Protestant Theological Faculty have been given a unique opportunity to travel to Israel in the summer, together with CU Vice Rector docent Martin Prudký and Dr. Filip Čapek, and participate in research at the Tel Azekah archaeological site, which is organised by the Lautenschläger Azekah Excavation Project consortium. 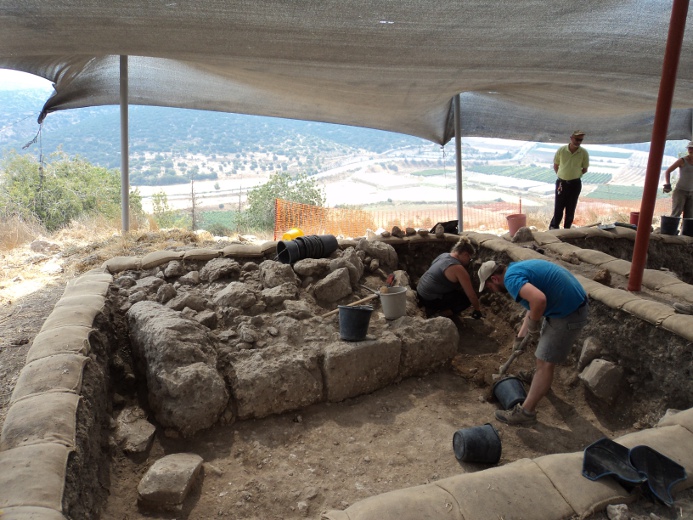 After a break of more than a hundred years, archaeological research was last year restarted in the Tel Azekah locality in the western Shephela region in Israel, where, in Antiquity, there stood a fortress at a strategic border point and economic centre of the Kingdom of Judah (10th to 6th century BC).

The site was the focus of interest for archaeologists as far back as the end of the nineteenth century, when then-current techniques helped to uncover part of the tel (artificial hill created through gradual building, settlement and fortification of the relevant site). Their successors did not return to the site until 2009, when a preliminary survey took place. Excavation work started last year.

“The existence of Azekah is known from ancient Assyrian and Hebrew texts. It is believed that the town was destroyed by the Assyrians at the end of the eighth century, and then again by the Neo-Babylonians at the start of the sixth century BC. What is surprising is that not a lot from this period has been found at Azekah. However, a number of items from the preceding and subsequent periods, that is from the middle to late Bronze Age, and then the Hasmonean period, have been found,” outlined Dr. Čapek progress so far on the dig. Dr. Čapek and his team will join the project in the second half of July and will work at the site for a period of four weeks.

The team will be joined at the site by experts and students from various institutions from all over the world, including Australia, Asia and North America. Charles University is, through contacts established by the CU Protestant Theological Faculty, the first Eastern European institution to participate in the project.

All participants will be subject to the normal daily routine in the Middle East; due to the hot climate, the working day on-site will start around 4 a.m., with a siesta following between 2 and 4 in the afternoon. In the late afternoon, participants will examine the items found, with talks following later in the evening. “Talks are given by experts from all over the world and focus on archaeology, geography, Biblical history and the interpretation of ancient texts,” said Dr. Čapek. Students will have time off from Thursday evening till Saturday evening, during which time they can visit, for example, Jerusalem, which is not far away. 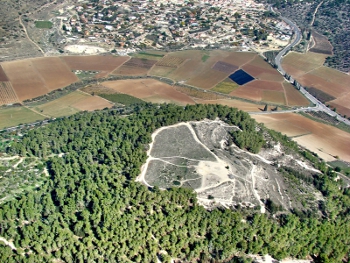 The team of CU students going to Israel was chosen via a selection process that took place in the first half of the year. “Preference was given to students at the master’s or doctorate stage of their studies and who had a focus on Bible studies and knowledge of Hebrew. A condition of participation was also to study the prescribed literature. All students selected had very good knowledge of the field, and some had already participated in archaeological projects in the past,” added Dr. Čapek.

Six students were eventually selected, including RNDr. et Bc. Jana Křížová, who is currently studying for a master’s in Evangelical Theology at the University’s Protestant Theological Faculty, while also being a doctor of science and expert in magnetometry (geophysical method used in archeology). She will apply this knowledge at the dig in Azekah, where she will make follow-up measurements using instruments brought from the Czech Republic.

Participating students will subsequently present their findings at a seminar at the CU Protestant Theological Faculty, to be held during the winter semester. The head of the entire project, Professor Oded Lipschits from the University of Tel Aviv, will be a guest at the seminar.