On the 15th to the 16th of December the Institute of Classical Archaeology of the Faculty of Arts held the 3rd international postgraduate conference “Perspectives of Classical Archaeology” (“PEKLA”) at Charles University in Prague. The archaeological subjects discussed during the conference dealt with the theme “the archaeology of ancient cultural landscape,” with speakers from leading European universities including Oxford, Durham, Warsaw, Sienna, Vienna and Charles University. 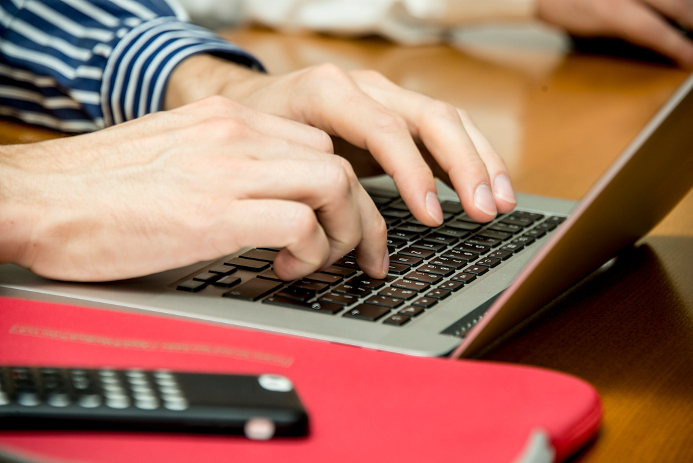 The first day saw the presentation of papers concerning a range of archaeological research including “Re-examining the landscape of Roman Athens”, “3rd to 11st century Aegean death-scapes” and “The distribution of Daunian Matt-Painted Pottery across the Hillforts of Histria”. A presentation which was particularly interesting concerned the Roman landscape of Vesuvius written and presented by Dr Girolamo Ferdinando de Simona from the School of Archaeology, Oxford University UK. The area around Vesuvius, including Pompeii and Herculaneum holds particular significance to Roman archaeologists in the understanding of the lives of those living in the province of Naples around 79 AD. Dr Girolamo Ferdinando de Simona has written, edited and contributed to many papers and books within this area of research including "Local productions around Vesuvius: Trade patterns and identity" and “Local production and trade patterns in the environs of Vesuvius: The pottery from Pollena Trocchia and Nola".

Another presentation which proved to be interesting was “Romanisation and Roman influence in South-eastern Hispania” given by Marián Mojžíš from Charles University, Prague. As the Romans are often associated with their successful and attempted conquests in present day Germany, France, Britain and North Africa. Consequently the area of Hispania, the modern day Spain, is often forgotten, despite it being a vital trading route; the gateway to the Mediterranean. Even though the presentations and the research papers in general were only given in 20 minute episodes to be presented and then discussed, the conference effectively outlined the breath as well of diversity of classical archaeological research. A large part of which is ongoing, yet there is still more to be studied and explored.

The 16th of December saw the presentations through still centred around the theme of Classical archaeological landscapes, drift towards the sub categories of Roman, Byzantine and Antiquity archaeology. Though these presentations dealt with later periods, the research being discussed was still as informative and insightful as it had been the previous day. An interesting presentation included spatial analysis of early Roman fortification in Northern Negev using GIS given by Adam Pažout, a graduate student from Charles University Prague. This presentation stated and explained the use of GIS (better known as the Geographic Information System), its significance and contribution to the analysis of Roman fortifications in the dessert region of modern day Southern Israel. Throughout the second day the majority of those speaking were PhD students from Charles University Prague, highlighting the amount of interest in archaeological studies at this particular institution, however there were also speakers from other European institution including Bratislava, Krakow, Warsaw, Sienna and Vienna. Outlining how widespread the interest is in classical archaeology throughout Europe.

Charles University is acclaimed for its research and study in the field of archaeology, also boasting a fantastic Egyptology department within the Faculty of Arts. It also is a significant contributor in current research; a recent discovery being the discovering of a tomb of an unknown ancient Egyptian queen, Queen Khentkaus III. With Charles University’s prominent role in the study of archaeology it seems appropriate that the “PEKLA” conference was held in a main, distinctly historical building of Carolinum; which is, similar to the study of archaeology, critical to the university as a whole.