University students from abroad who decide to study in the Czech Republic through the ERASMUS programme most frequently choose Charles University. In the 2011/2012 academic year, this exchange programme made it possible for 1,137 international students to study at seventeen faculties of the university, putting CU in eighth place amongst the several thousand European higher education institutions at which the ERASMUS programme is realised. 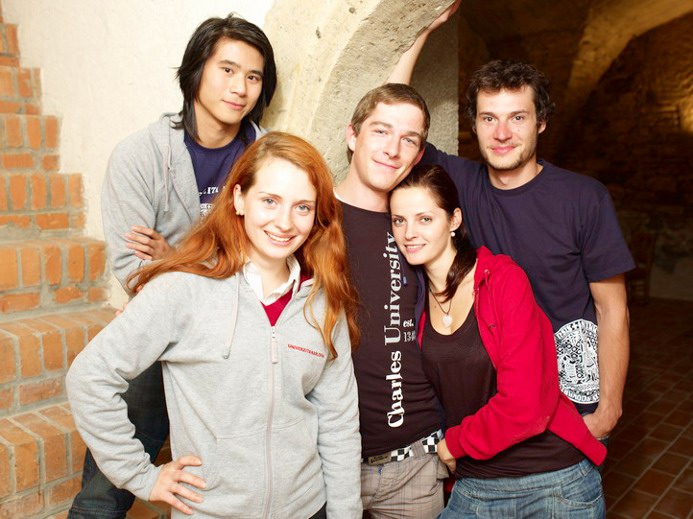 The majority of students coming to CU through the ERASMUS programme come from Germany, France, Spain and Poland, and most frequently study at the Faculties of Arts, Law, Social Sciences and the 1st Faculty of Medicine. The greatest interest is in the study of languages, political science, history, economic, legal and medical subjects and geography.

“We are delighted with the growing interest in our university, be it amongst participants in the ERASMUS programme or other exchange programmes. In 2012 there was a slight year-on-year increase in the number of international students at our faculties, both in exchange and in foreign-language study programmes. I firmly believe that the range and quality of study programmes offered will, in years to come, attract even more students from abroad, for whom we will become one of the most interesting universities in Europe,” said Professor Jan Škrha, CU Prorector for International Affairs and Mobility.

The ERASMUS programme was founded in 1987 and has made it possible for more than three million students to study abroad in the years since. Universities from more than 33 European countries currently take part in the programme. In the 2011/12 academic year more than 250 thousand students and more than 46 thousand pedagogues travelled abroad with ERASMUS.