Africa is the Continent of the Future

The Centre of African Studies, founded on May 15th, 2019 brings together experts and academics from all over the Czech Republic studying Africa from a wide range of perspectives - from zoology through natural science to political science and linguistics.

I spoke to the head of the newly-founded centre, Vice-Dean at Charles University’s Faculty of Arts, Markéta Křížová, about the founding and the history of former African Studies at the university, which lasted from 1961 to 2005. The Cold War, Czech contributions in linguistics and why interest in Africa has come back in a big way, are all discussed. 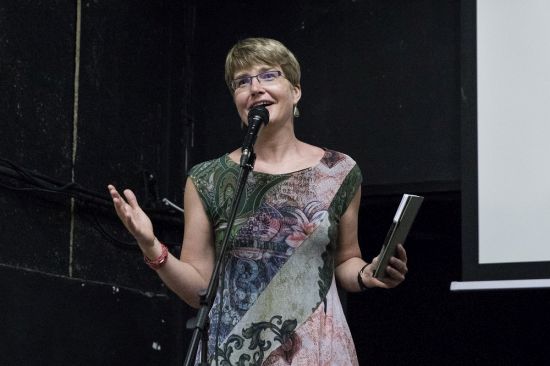 “Despite there being a long interest in Oriental and exotic cultures in Czech academia going all the way back to the 19th century, the study of African culture, history and languages was formalised only in 1961. Globally, a third wave of university reform was underway in the 1960s: the first wave came in the second half of the 19th century, then there were many changes after the Second World War and then there was, among other things, an interest in area studies, motivated by the geopolitical interests in the East as well as at the West. This was also the background for the founding of the Dept. of the Sciences of the Lands of Asia and Africa in 1961.

“The department was not huge in numbers but was definitely very large in scope: there would be like 10 students of Chinese, five students of Japanese, similar numbers for African studies and so on. Later, the department was divided and African history and culture were studied at the Dept. of Near East and Africa.

What was the main focus in African Studies at the start?

“I would say the driving force from the time of Bedřich Hrozný, or even before, was linguistics: Czechs were very prominent in the study of “exotic” languages. But it didn’t end there: as it was during the Cold War, and decolonisation was under way, the Third World, and not just Asia but Africa as well, became battlegrounds for political influence, and was thus approached from Western as well as Eastern governments. It was also attractive for modernisation projects or projects exploiting domestic natural resources. So the study of African languages and culture was understood as a tool of soft diplomacy toward the newly decolonized countries.”

So many different areas were covered but linguistics was the cornerstone…

“Yes. I talked to some of the last graduates from before 1989: they had had a lot of theoretical linguistics, they studied literature and also did, for example, the study of religion. The last is very interesting. Czech Africanists very early on were interested in Islam and its political and cultural dimensions.

“Then we had ethno-history working with colonial and precolonial sources. One of the limitations and challenges of African history is the scarcity of sources. In the 1960s, a historical critique of sources was still lacking, which were besides unevenly preserved; so that was needed and one benefit was that this was something that could be done from central Europe.

There was, for example, a highly praised project in the 1960s instigated by Ivan Hrbek called Fontes Historiae Africanae (Sources for African History), contributing in an important way to historical knowledge about Africa in various languages – colonial as well.

“One other aspect is important to point out: In those days under the communist regime, long-term stays aboard were problematic or difficult to organize – so when students or academics got an opportunity to travel to Africa they grabbed it. Which of course, meant sometimes going to areas they had not been specializing in, to areas of research. Opportunities arose not just dictated by the interests of the scholars.”

So were there were specific parts of the continent where Czechs or Slovaks were more active or was it haphazard?

“More the latter: the mechanism was the same whether we are talking about Africa or the Americas or Asia: it was like ‘Oh, you have a chance to go to Ghana – it doesn’t matter if you are francophone, it’s an opportunity, so go’. If there was an opportunity you simply took it, you didn’t pass it up.

“Communist Czechoslovakia, meanwhile, welcomed many Third World students and gave them scholarships to study everything from medicine to the humanities. It sounds rather colonialist to put it like this, but at the beginning there was great interest in using these students also as ‘study material’, as native speakers and so on. But as not all of them were from “proper” ideological backgrounds, they were soon separated from the rest of academia.

“Certainly interest in Africa cut across disciplines and departments and institutions: there was the Department of Ethnology and Folklore, where in the 1960s worked Ladislav Holý,a prominent Africanist, who worked as the director of Livingstone Museum in Zambia in 1968–72 (later, he did not return to Czechoslovakia and instead took position at Queen’s University in Belfast). There was also the Oriental Institute of the Czechoslovak Academy of Sciences, which was more interested in contemporary issues such as decolonisation and revolution, and then there was the Náprstek Museum of Asian, African and American Cultures.

“That museum has a valuable collections of African culture and art. By the way the permanent collection of this museum was closed in 2013, and is supposed to reopen within a couple years, after a complete reconstruction. So all these institutions were doing something with respect to Africa.” 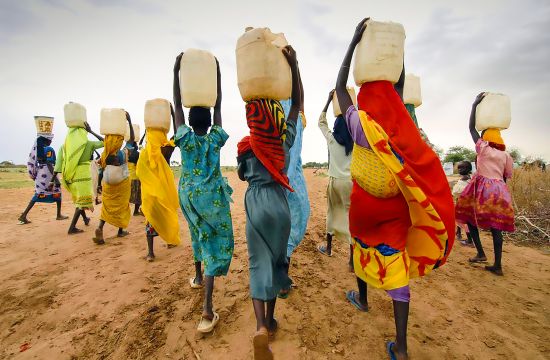 If we come back to ideological questions in those days, how much was everything viewed through an ideological lens? I guess some people avoided it if they could, they simply fell in love with Africa or a given country and they were happy if they could just do their work and study those cultures… while there were others who saw it through the prism of socialism…

“Of course there were ideological limitations. In fact, their extent and their impact upon the academic practice, and in turn the role the academia played in the political competitions of the Cold War period is the topic of study throughout Europe now.

“For example, in there is a project in Leipzig currently under way that studies the role of area studies both in the East and in the West. And at the Faculty of Arts we are reflecting the same problem within the frame of the Cold War Research Group, a platform for collaboration in research that exists at the Faculty of Arts and is composed of historians from various departments.. There is a lot of material in the university archives, and in other archives as well.

“Before 1989, Prague was the seat of numerous international organizations aiming at involvement in Third World Countries and attachment to the Soviet system. There is a lot of material to dig through.

“Simply put, our understanding of the Cold War is changing and there are new perceptions to be gained precisely by looking beyond the borders of Europe or the North Atlantic.

Originally I am Latin Americanist and I studied the case of Latin American studies that also boomed after 1960, especially in response to the Cuban Revolution.

“I think that African Studies were under more strict ideological control. Latin America had a fame for being exotic and sort of an ‘unreal’ place, also thanks to the boom of Latin American literature in the 1960s. So my home for Ibero-American Studies served as a sort of intellectual asylum for some academics who could not pursue their careers in more ideologically controlled departments. It was deemed that they could ‘do no harm’ with Latin America.

“But African Studies, it seems so far from the available documentation, were more strictly controlled, although most of the students probably didn’t feel the pressure. Politics aside, I think that the study of African languages and of history was first class.”

What were some of the languages that were prominent?

“Swahili, Amharic… plus of course the languages of the colonial or post-colonial countries – it wasn’t enough to know English or German.”

Did the program have a natural peak or a golden age?

“I wouldn’t say so. There were always more students who applied than could be accepted.”

One of the things that strikes me as unusual is that after 1989 it continued through the period of transition and changes and then ended in 2004/2005: what happened?

“Well there were many changes. Some of them were administrative: the large Department for the Sciences on the Lands of Asia and Africa split into several – now for example we have departments for East Asia and Southeast Asia, and African Studies were somewhat inorganically joined into the department for the Near East. Also, there was a temporary loss of interest from part of the students. One of the big changes post-1989 was that people could suddenly travel.

“Before, under the communist regime, enrolling in one of these programs was one of the few ways people could actually go abroad. And suddenly no one had to study for five years to be able to travel to Africa. Also, several professors were offered diplomatic positions, and in fact proved to be very good at them.

“Then, students began to get scholarship opportunities elsewhere and that led to a decline in interest in studying African Studies here in Prague. And finally, there wasn’t a huge amount of support from the state. Simply put, Africa was not a priority in the ‘90s.

“It’s a world of difference to teach a history course which is largely frontal teaching and to teach a language like Swahili. You have to have small groups of students so that everyone gets to talk as much as possible, say five to 10 students.

“And this kind of program was very expensive for the faculty, and such programs were difficult to maintain. But that is what we are trying to change. In our view, Africa was relevant then and it is more than relevant now. It is a whole continent and it is a continent of the future, with enormous possibilities, political, economic, but also cultural and academic.” 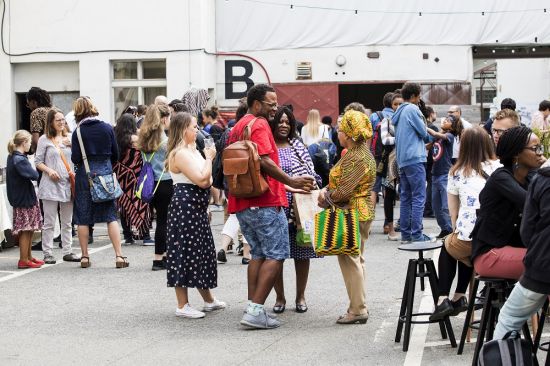 But there is this gap of more than 10 years…

“That’s right. Now we don’t have habilitated professors but what I started seeing was a renewed interest in African Studies among students and young academics and it occurred to me that we needed to do something about it. The more I looked across departments, the more obvious it became that there really was a lot of interest across different fields in Africa: in archival science there is a young woman writing a brilliant thesis about the Czech traveller in Africa Emil Holub. There are others who are writing exciting work about post-colonial literature in Africa and the list goes on.

“I realised that we needed to promote Africa more among students, that we needed to coordinate courses already being taught and also to communicate with academic institutions that are already studying these problems.

“So we decided to establish a platform to promote Africa within the faculty and also to communicate with the public. The third role of universities is very important in this respect.

“This stood at the root of the establishment of the Centre of African Studies.” 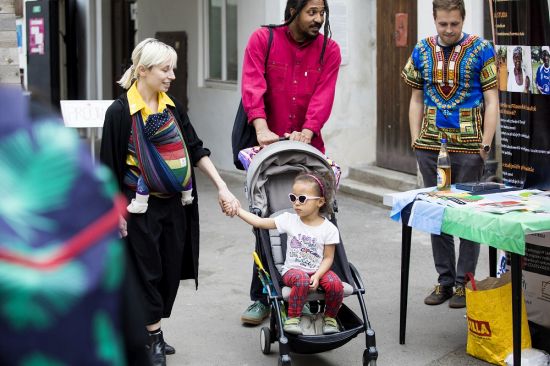 “Africa is of course a huge subject and we are careful to start ‘small’. At this moment the Centre will not offer a degree-program, but we would it to be aimed at coordination and promotion of courses and occasional lectures on various topics on Africa in a global context, to instigate the interest of students at all levels of study in addressing these topics in their theses and dissertations, and also to promote interdisciplinary research of excellence.

“What is needed is cooperation not only among departments of our Faculty but also close cooperation with other universities and with the colleagues abroad. We can’t do this all ourselves. One of the first big ways we opted to promote the new centre were recently daylong activities at Kampus Hybernská (on May 25th 2019) and interest was high.”