A Mind of Europe

Lukas De Coster (who wrote the following essay to celebrate the 30th anniversary of the Erasmus programme) is an Erasmus student of Literature from the University of Leuven in Belgium. During the summer semester of 2016/2017, he has been hosted by the Faculty of Arts at Charles University. His first experience with Erasmus took place in Dublin, Ireland. Here he pays tribute to the idea of Europe becoming connected by education. Historically this was through the common use of the Latin language between scholars, and the shared idea of humanistic education joining the inhabitants of the Old Continent together, which in the modern world has influenced the establishment of the Erasmus programme.

Being a Western Literature student, I have always hoped for a reunification of the European continent that existed long before the European Union came into being. Indeed, before the political organization which Europe has today, there was a much broader European tradition defined by Latinity. One can reflect on the times when there was no Schengen, of times before borders had to be crossed when travelling the European mainland, a period where society praised each other’s follies instead of drawing boundaries because of them. These times are not known to those of the 21st century living in a much more divided European continent. And what is worse, the separating of the continent throughout history has submerged the presence of the ‘mind of Europe’, a philosophy that has always been present and of which we find remnants in the great works that form the European literary canon. It is because of this that I became a literature student; to be able to feel as part of the European whole, rather than the inhabitant of one of its fragments. 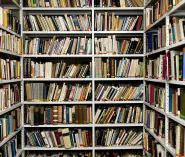 I was born in Belgium, and raised with the idea that I was a Belgian. In school we learnt Belgian history, and our teachers expected us to be able to apply this to a greater European context. Of course, this was valuable and we felt proud of our brave little Belgium’s history. Yet to me this was, and is not, the essence of what history should teach us. Also, the problem is not confined to the classroom; our educational system is based upon a nationalistic conception of the European land. In geography one learns every European country and capital, in religion courses each country’s dominant religion is taught, in language courses we focus on the language of one specific country: “French is the language of France and in the UK they speak English”. As such, we typically still connect languages to nations – an outdated conception which also serves to promote neo-nationalism, the biggest threat contemporary Europe is confronted with today. The ‘mind of Belgium’ amongst Belgian inhabitants is the result of social constructions, which are rooted deeply in educational systems, society and, distressingly, even culture. The construction of ‘minds of Germany’, ‘minds of Greece’, ‘minds of the Czech Republic’, ‘minds of Sweden’, inherently causes a deconstruction of the ‘mind of Europe’ that once existed among the majority of its inhabitants.

Reconstructing the European mind might seem a utopian undertaking, but, in fact, there have been several prominent scholars that have tried to stimulate European thinking by reconstructing a European literary tradition. In this regard, Erich Auerbach, Ernst Robert Curtius and T. S. Eliot have been important figures.  Whereas Auerbach in his ‘Mimesis. The Representation of Reality in Western Literature’ and Curtius in his ‘European Literature and the Latin Middle Ages’ sought to harmonize European culture by indicating that European countries have a shared literary tradition, T. S. Eliot’s‘In Memory of Henry James’ claimed that “It is the final perfection, the consummation of an American to become, not an Englishman, but a European – something which no born European, no person of any European nationality, can become”. Although Eliot had a shared agenda with Auerbach and Curtius when it came to reconstructing the European tradition, he expressed pessimism – usually stemming from the aftermath of the First World War – of European reunification. As an American expatriate, he did not experience the shattering nationalistic politics that divided Europe to the core and therefore, he claims, it would be possible for him to become a European, which would be a consummation to him, a final perfection. He imagined himself becoming more European than the Europeans. This perception is quite unsettling perhaps for it hints at an alienation from our common grounded roots. The question then arises whether the recent past weighs so much upon us, that a return to a mind of Europe has become insurmountable.

Indeed, the leap seems large, maybe unachievable. But Europe has been taking measurements to ensure individuals have the opportunity to feel European, rather than Italian, Dutch, Croatian or Danish alone. The European Region Action Scheme for the Mobility of University Students (Erasmus), for instance, seeks to restore the European mind and bears the name of one of the greats of the time in which Europe was still unified through Latinity. Interestingly, literary scholar Harold Bloom, in the appendices of his ‘The Western Canon. The Books and School of the Ages’, categorizes Desiderius Erasmus of Rotterdam (probably 1467–1536) as a German writer. Bloom, using nationalities for his categorization, had to ‘choose’ a country because the map of Europe did not look the same as it does today in the times of the famous humanist. However, the choice for Germany seems to be somewhat arbitrary. Erasmus was born in contemporary Holland, died in contemporary Switzerland and wrote in Latin. It would be a hasty conclusion, however, to condemn Bloom for a flawed categorization, because, as a matter of fact, it is simply very difficult to categorize Erasmus into a certain nation, proving that he was a European and not a German, Dutchman, Belgian or whichever other European nation’s inhabitant.

Especially for the last two centuries, Europeans have not been particularly good at embodying Europeanism. Nationalism in the 19th century led to fragmentation and decline of the European mind and today, again, national self-determination is getting increasingly dominant on the continent. I refuse to believe that the individual must just accept this political development; one has the power to construct their own European mind, in which the fragments can coalesce again to form a whole. For me personally, a European mind was the goal of my first Erasmus exchange to Dublin, and remains the intention during my second Erasmus exchange in Prague. This has resulted from, and greater motivated my readings of the greatest Europeans: Virgil, Dante, Erasmus, even Shakespeare and Goethe. These are writers that not only attributed to cultures associated with a country; they transgress the limitations of borders and contribute to a common, shared European culture.

As this cry for a reunified Europe has included ideas such as a European literary canon, a stronger claim for a shared European culture, and hence an implicit exclusion of all those who were born outside of Europe, some readers might confuse my conceptions with Eurocentrism. My future vision of the continent does not involve an exportation of culture, however, nor does it include any hierarchical worldview. It does hint at a unified whole that is in constant communication with the rest of the globalized world. Europe, simultaneously consisting of an assembly of cultures whilst contributing to an overarching culture, is essentially multicultural and should sustain this identity – without forgetting the shared and overarching culture that has always existed. It is exactly this identity that should provide us with the qualities required to be in that constant communication with the rest of the world; not as separate units of a whole, but as a unified whole. Similarly, the European citizen, in embracing his or her ‘Europeanness’, will transgress national citizenship and become part of the greater whole. European citizenship, then, is essentially an intermediate step for every European to become an inhabitant of the globalized world.

For students, the Erasmus exchange is one of the best opportunities to enable them to feel European, and although the programme has expanded and students are no longer restricted within only the European borders, the European message remains as strong as ever. It is for this reason I encourage my fellow students to take part in the programme. I tell them that they, just like me, will see how much Europeans share culturally. I tell them how inspiring the encounters with other Europeans will be and in doing so, I am trying to contribute to the spread of the European message. But today we celebrate. We celebrate 30 years of developing European minds. Minds that, consciously or unconsciously, will decide on the future of our common culture, our shared background. And in the meantime, I can only leave the reader my perception of a deeply rooted identification with the land I inhabit; it is the final perfection, the consummation of a European to become… a European. 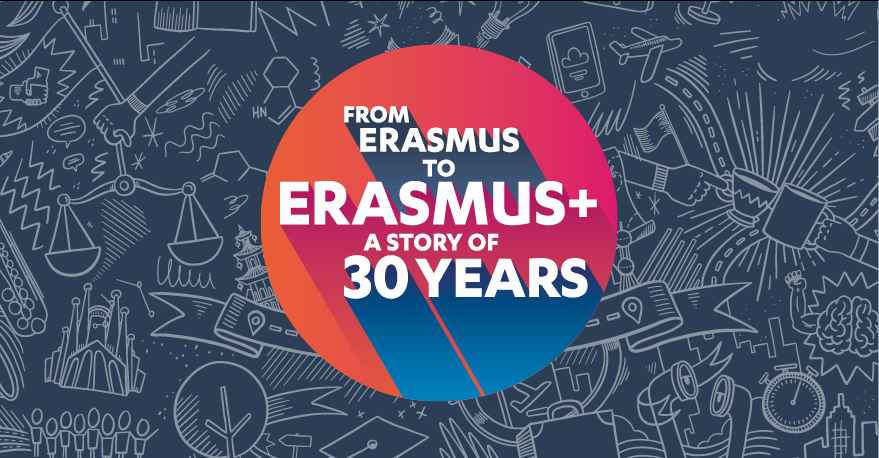