A journey into the world of knowledge

The foundations of a free and proud university, upon which Prague’s education stands to this day, had to be built in just a few months. 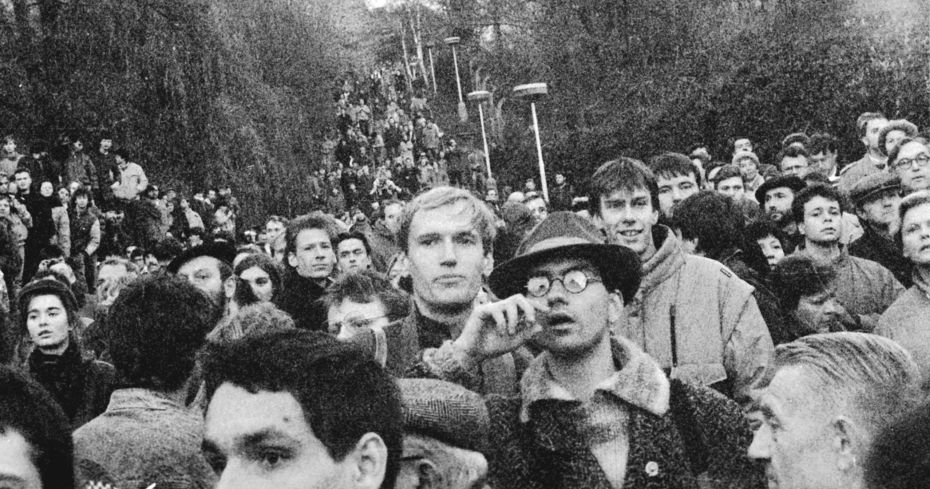 University rector Zdeněk Češka decided to resign at the beginning of December under pressure from the student and civic movements. At the faculties, a preparatory academic council was created to bring together students, teachers and employees; they sent four representatives – two students and two teachers – to select a new rector. The election took place on 19 January 1990 between two candidates – Zdeněk Lojda, a professor of pathological anatomy at the Faculty of General Medicine, and Associate Professor Radim Palouš – and Palouš was chosen as rector. Following his proposal, on 26 January the Academic Council elected five vice-rectors.

The university gets back on its feet

A number of difficult tasks awaited Charles University’s new leadership. A free academic life had to be created from scratch and a sense of belonging began to be built. The role of the university at the time was quite negligible because before 1989 the faculties had considerable powers. The professional level in many fields, especially the humanities and social sciences, was poor and research activities at a number of workplaces were largely neglected.

Other personnel issues also had to be resolved. The university sought to quickly purge institutions and teachers tied to the totalitarian regime – it abolished the Institute of Marxism-Leninism and rehabilitated unjustly persecuted students, teachers and employees.

Prague education also had to regain its position in the international university community, which was very accommodating to representatives of the oldest university in Central Europe.

“In 1990, a world rectors’ conference was held in Helsinki with more than 500 participants, and Charles University was honoured with the first place alongside the Finnish rector who organised the event,” recalled Radim Palouš, the first post-November rector 10 years ago, for Forum. The university was also viewed positively at dozens of other universities around the world. “It was enough to say, ‘I never guessed, never dreamed I’d see you face to face’ and I, a representative of a university that until recently was cursed behind the Iron Curtain, was immediately welcomed,” he added. Palouš, along with Czech Technical University Rector Stanislav Hanzl, were at the creation of the Rectors’ Club of Czechoslovakia, later renamed according to international convention to the Conference of Rectors of the Czech Republic.

In the 1990s, the university was forced to leave a total of 12 buildings due to restitution (for example in Prague, buildings on Dlouhá, Řeznická and Černá streets, the Svatava villa, the Lobkovic chateau in Neratovice, a building in Hradec Králové – Třebeš and a building of the deanery in Plzeň). On the other hand, it managed to gain the area of the former College of Political Science of the Central Committee of the Czechoslovak Communist Party in Prague 6, the so-called Sorbonne in Vokovice. Today it is the location of the Faculty of Physical Education and Sport, which until then had previously operated in the Tyrš House in Malá Strana.

The university acquired other buildings through purchase, such as a building on Černá street, buildings in Jinonice and the deanery of the Faculty of Medicine in Plzeň. The university also cared for smaller buildings as well, such as greenhouses in the Botanical Garden of the Faculty of Science at Na Slupi, an animal facility in the hospital area on Karlovo náměstí and a laboratory on Viničná street. A number of sports facilities have also been rebuilt.

A reconstruction was also carried out at the Carolinum on the occasion of the university’s 650th anniversary. The modernisation focused on the technical safeguarding of the building and the establishment of barrier-free access to the first floor; in the basement areas a permanent exhibition of the university’s history was installed, the new Emperor’s Hall was added to the building’s ground floor, and several Carolinum monuments were restored.

The atmosphere at the university changed significantly and today, with 17 different faculties, Charles University draws far more international researchers and students. The number of foreign students increased tenfold over three decades, going from just 913 in 1989 to more than 9‚000 today! They bring new ideas, a fresh outlook and a cosmopolitan approach that we could only dream of during the turbulent days of the Velvet Revolution. Thanks in large part to investment and EU structural funds, the school laid the foundation for new infrastructure, including new laboratories, serving not only Charles University but society as a whole.