Experts studied how long H. erectus could hunt without water

Anthropologists at Charles University and colleagues from three American universities recently published the findings of a joint-study examining dehydration and persistence hunting by modern humans’ predecessor Homo erectus. In the study, the team created a complex mathematical model simulating hunting by Homo erectus (who lived up to two million years ago), surmising hunters could not have run more than five and a half hours without drinking water. The results were published in the Journal of Human Evolution. 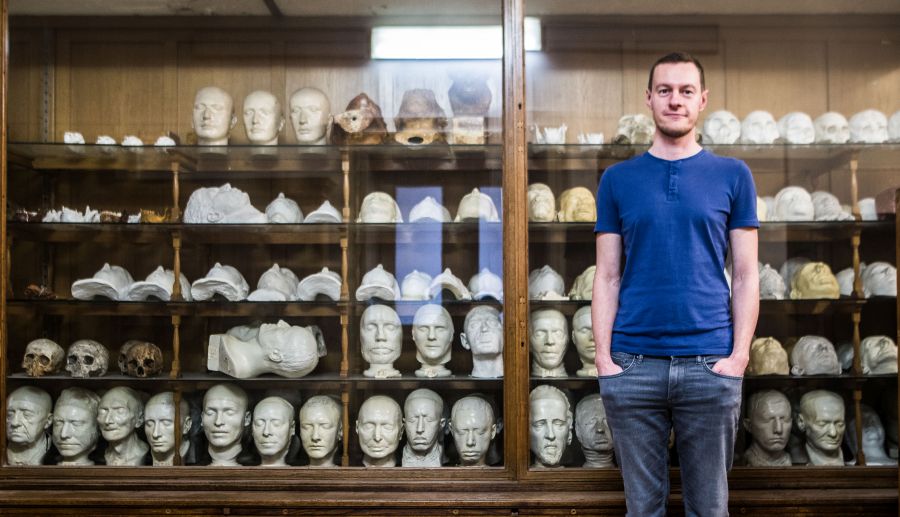 Lead author Dr. Martin Hora of the Department of Anthropology and Human Genetics at CU, told me more the advantages Homo erectus had compared to earlier ancestors.

There are quite a few things that would have been to Homo erectus’ advantage when it came to persistence hunting, among them longer lower limbs and plantar arches closer to modern human feet. These were beneficial when it came to energy-economy in both walking and running. Large joints and robust bones in the lower limbs would have been important for the accommodation of greater forces especially during running.

We also think that there were important physiological adaptations that played a role. Key among them may have been the loss of body hair and an increased sweating capacity. Such physiological features do not fossilize, so we are not sure exactly when these evolved; nevertheless, the loss of body hair would certainly have made an important difference, as it increases the efficiency of sweating. This would be an advantage.

We know from archaeological evidence – such as cut marks on animal bones – that H. erectus hunted game of various sizes, is that the case?

Yes, there was a broad array of potential prey, from small antelopes like gazelles and springboks to larger such as wildebeest or even buffalo or equids. So quite large animals.

The story hinges, I suppose, on whether our ancestor had any means of carrying water on the hunt. Indeed, it is thought that the hunters did not.

Well there is no surviving evidence that H. erectus was capable of carrying water using for example an animal skin or animal intestines and we will never know for sure as such objects would be perishable and not survive. So instead of speculating about whether H. erectus could carry water during persistence hunts, we asked whether he needed to carry it. Maybe he could persistence hunt without drinking any water during the chase.

As a method, how effective would persistence hunting –where hunters essentially chase the animal to the point of exhaustion – have been? And what tools – if any – did H. erectus rely on?

Persistence hunting – as a method – has quite a high success rate. As high as 80 percent. We think that H. erectus could have a spear solely from wood, without any kind of a stone tip. But we can’t be certain: the oldest such spear in evidence is 400,000 years old and of course H. erectus was here quite a lot earlier than that. In any case, H. erectus would not have needed a weapon to kill the animal: usually animals are so exhausted by the end of the hunt that you can just walk up to them and kill them with a stick or a stone. There was no need for sophisticated weapons.

On the other hand, stone tools were important when it came to butchering the animal. There is plenty of evidence of scratches and cuts on bones. Cutting the meat into smaller portions led to a significant increase in digestibility.

One of the big debates is the question of when our ancestors began cooking meat, as one of the stepping stones to “what made us human”...

Whether or not H. erectus cooked meat is still a huge question that is hotly debated: the oldest evidence of fire hearths is younger than H. erectus. On the other hand, there are hypotheses that he cooked meat based on the size of his jaw and teeth. We don’t know. I think even more important was the chopping of meat into small pieces. In terms of calories, cooking is more important when it comes to plants and vegetables. Because cooking actually destroys calories in meat. Also, while cooking was important, it was not the only factor that was important in “how we became human”. Cooperation during the hunt, producing and using tools to butcher animal carcasses, sharing the meat with other members of a group… all of these would have been defining features that were important. 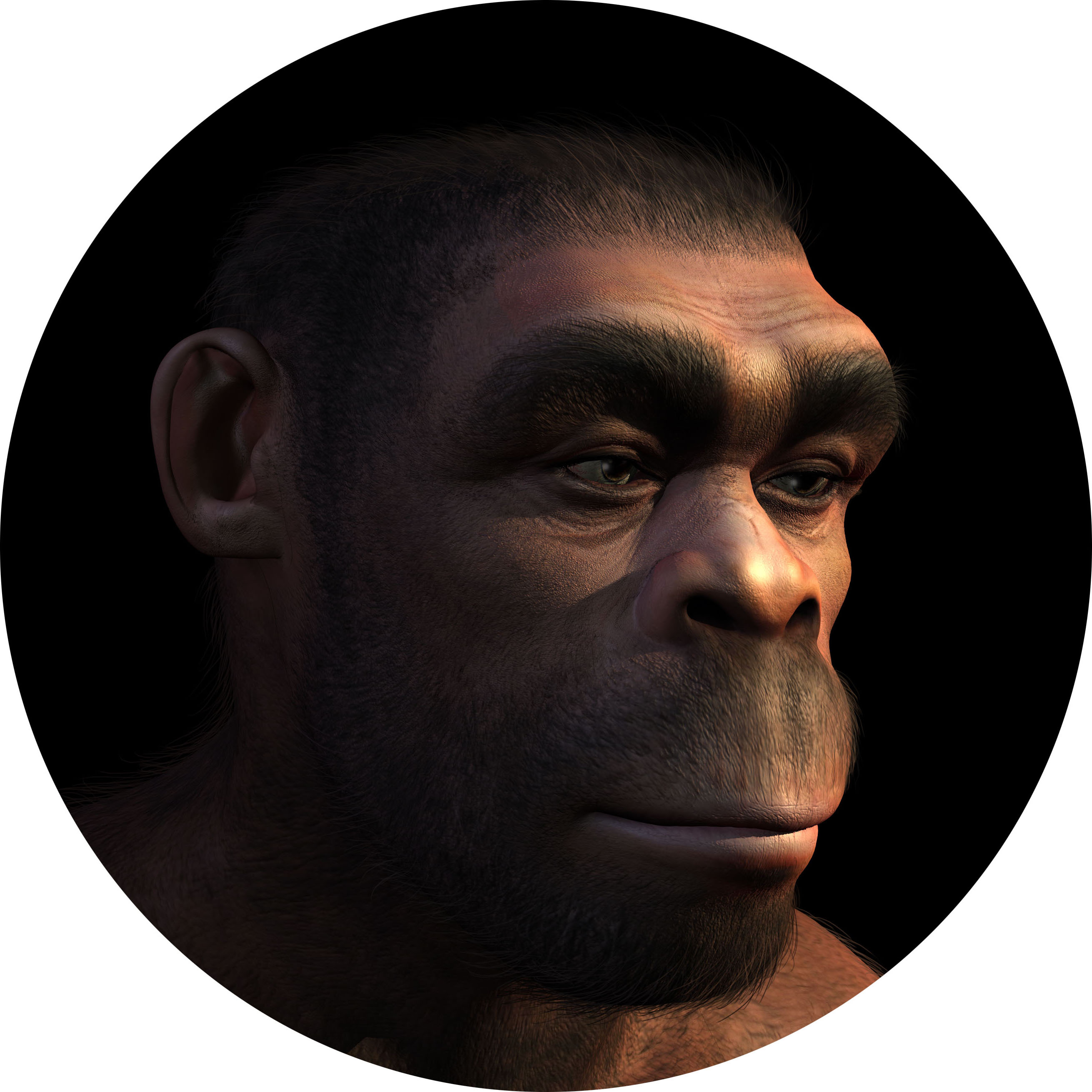 The goal was to describe how long the hunt could have lasted without water: what were some of the many elements you had to factor in?

In the model, we had to characterise the hunter so we needed estimates of body mass and stature and we also needed information about the environment, so air temperature, relative humidity, elevation of the sun. And finally, we needed to know how fast the hunter would travel. Modern Kalahari hunters served as our model because the best data available about persistence hunting are from them. There are not only hunter-gatherers but also pastoralists who used persistence hunting in the 20th century in Kalahari. We know the velocity at which they ran, and we know that the air temperature and sun elevation in their area matches quite well the conditions in East Africa where Homo erectus hunted up to two million years ago.

I have to say that the model is complex: it is a model of heat exchange between the human body and the environment. Quite a few similar models had been developed for astronautics and textile engineering before ours and we built on their knowledge. We modelled all possible routes of heat exchange like convection, radiation and evaporation. The last was arguably the most important for our study because if you know how much heat evaporated it is easy to calculate how much water was lost during the process. Our goal was to determine how much water the hunter would lose through sweating and how long he could hunt before reaching the dehydration limit. Our simulation suggests that Homo erectus would be able to hunt for a maximum of five hours and thirty minutes without water and without the need to drink.

Were there any unknown variables where you tested a wider array of possibilities?

Yes, since we can’t know exactly how well Homo erectus was able to sweat; we don’t know how “naked” he was compared to Homo sapiens, so we modelled different “versions” of Homo erectus. Some with more body hair, some that could sweat less. In the end, the most prone to dehydration was the one closest to modern humans because we sweat the most.

What strategies would H. erectus (like modern humans) would have employed?

There are essentially three ways of how to persistence hunt which differ in gait and depend on factors like the prey being hunted, ambient conditions and perhaps on personal endurance. Sometimes, modern hunter-gatherers run the whole time and such hunts can be over within two hours when the animal is completely exhausted. By comparison, the velocity is not as high as with marathon runners today. It is more like jogging, a tempo of around 10 km/h.

Sometimes of course hunters would use a mix of running and walking. After all, the prey would get ahead and hunters would have to follow their trail. Trail can cross older tracks of other animals and the hunter have to slow down to read the trail before running further. Such hunts can take up to five hours. When it comes to small animals, you might exhaust them by just walking all the way from the start of the hunt to the finish.

The results were published in the prestigious Journal of Human Evolution. How do you look back in terms of all the work that went into the project?

The study took quite a lot of time. But that’s also because the area of study was new to us. In our lab we study mostly locomotion and infer behaviour like locomotion or manipulation – from bones. We hadn’t done a lot on thermoregulation, so it took a while to build the model and gather knowledge. Working with my US colleagues was excellent – we knew each other from conferences, we exchanged a lot of emails and skype calls and in the final stage of writing the manuscript, I spent time in the lab at Duke University with one of my co-authors, Herman Pontzer, working in person.

We are now modelling the prey to have both sides of the equation, to estimate the endurance of both the hunter and prey, so we can put it together and simulate the hunt in still more diverse conditions.