Michal Smetana on what is needed to counter fake news

Disinformation online by malicious actors by now will surprise few people – but the big question is how best to tackle the problem.

Increasingly, some are saying more damage than good is committed when the issue is framed only in alarmist terms and described solely as conflict or war – shutting down critical thinking.

Together with Vienna-based colleague Dagmar Rychnovská, Dr. Michal Smetana (a researcher at the Centre for Security Policy who teaches at Charles University) responded to the debate in the Czech Republic with a recent article in A2LARM, arguing that for solutions to be effective, proper research, a willingness to hear different views and a deeper understanding of the problem are needed.

Some may still remember the Police lyric “Too much information running through my brain”… can we sort between real information and disinformation today?

That was my first question for Michal Smetana.

“With the rise of social media in the public space and the use of social media for political purposes, it has obviously become increasingly difficult to navigate the flood of different information. We are living in an era when information becomes very hard to sort, to identify which is relevant for you and useful in daily life.”

I would have thought in some respect it might be a little bit easier now because people are maybe more aware than they were in 2016. Certainly by now there aren’t many people who haven’t heard of fake news, and to most it is more obvious how much manipulation was going on. So I was wondering if we weren’t a little more savvy today…

“It’s a good point but even if people are aware of a certain dynamics taking place, it still doesn’t mean it is obvious or clear to everyone across the board to what extent information can still be misleading, fake, or half-baked. It’s not like on the one end of the spectrum you have completely truthful information in all its aspects and on the other end complete lies. There is a big spectrum in between and this is also where all these battles are taking place – these ‘battles over the truth’ or however we want to call it.”

That is sort of the crux of the discussion: we are in a situation where it is, as you say, much more difficult to parcel these different types of information. In the old days, it was the sole domain of news organisations who would be the gatekeepers for how information was verified and presented. But now we don’t know many times what the actual source is, if there is good intent or malicious or just a mistake, all of these can morph.

“Anyone who has been following these dynamics can see that the role of media, as it was in the past, has changed or is no longer there. Certainly, the media have lost their gatekeeper function and many people have turned to alternative sources, which is a development that also carries risks. Similarly detrimental is that many media outlets no longer have so many resources to devote to fact checking and confirmation of stories. Everything is much faster and they are trying to push out as much information as possible to keep pace. That is also a breeding ground for mistakes.” 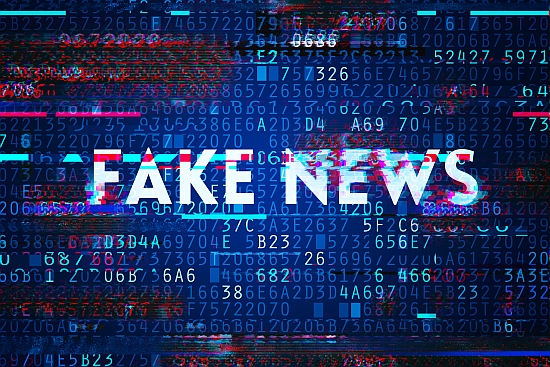 Once the news cycle definitely became 24-hours that also changed everything… Obviously, there are different types of fake news. Back in 2016, I was surprised that even satire or what one would consider to be an obvious parody (such as News Update on Saturday Night Live) would be included in that definition.

But if we get to more serious matters, here we would be talking about malicious actors, where you have a state sowing disinformation for its own political ends: that is the danger and there the words battle or cyber warfare come to the fore. There, we know who the usual suspects are… why, in your view, is it a mistake to describe the conflict as a battle or war?

“Why not call it a battle or a war? Just because you shout loudly that you are in an information war does not mean you are changing anything dramatically. It is part of a broader problem we called the ‘militarisation of the public debate’. If you look at this very complex problem only through the framework of ‘war’, you put it in the very forefront and therefore conceal or ignore other problems in the public space and create a great sense of urgency.”

“That can make it difficult to react in an adequate or rational manner; there is also a tendency to shut down all alternative interpretations or voices and matters are simplified into clear categories: enemies or collaborators, allies, or unsuspecting people influenced by propaganda. It shuts down proper debate in the public space and it is very often counterproductive.”

“This kind of framing leads only to a greater polarisation of the debate and the growing split or gulf between camps. At the end of the day, this is exactly what a malicious actor wants. This kind of extreme, urgent reaction is exactly what Russia wants and is welcomed for example by hawkish elements in the Russian government or Russian society.”

“If they can elicit this kind of strong reaction and polarisation and plant discord, which prevents us from having a rational debate, [that is a success for them].”

I imagine that one counter-argument for using strong rhetoric to describe what is going on is simply to stress how serious the situation really is, so it is not taken lightly and is something that has to be dealt with.

If you take the U. S. as an example, 17 intelligence agencies there alleged that there had been meddling in the 2016 U. S. presidential election by Russia, yet the president himself largely chose not to recognise their findings.

“I absolutely understand that and I should stress that there are many well-intentioned parties that are warning about the danger. I don’t dispute the intention of bringing attention to the issue. But if we look at the bigger picture, it has been two years already that we have been hearing shouting that it is a war, that we have to do something urgently.

“For two years, we have heard actors in the public arena shouting dramatically that the house is on fire. And it becomes the equivalent of ‘crying wolf’ all the time.

“That makes it hard for the public to believe that the problem is really that urgent.

“In the last couple of years, there has also been a tendency to have a more emotional and extreme framing of events and people are losing sensitivity. If you hear about war in ‘January, February and March’… if every day you hear about another assault on American democracy by Trump (although the assessment may be correct)… you get worn down by the constant sense of urgency. Then, when something happens ‘late in the year’, you no longer know how to assess the information.” 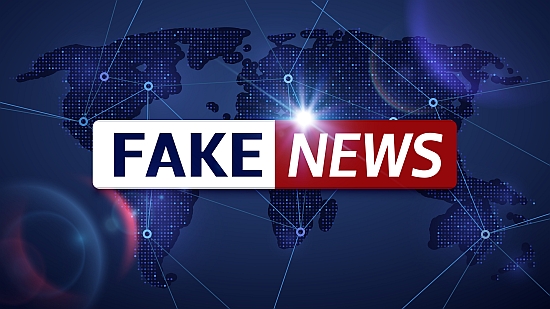 This is the difficult question: what do we do about it? Because it seems we are at a point when many people have stopped trusting or following the mainstream media, but we don’t know the background for a lot of the information being processed out there, and the situation is very polarized.

There are groups that don’t leave their echo chambers and see things only as a battle between “us and them” regardless of which side they are on. How do you defuse the situation?

“First and foremost, how we react should be a matter of public debate. That is something we stressed in the article. There is debate but there is also a tendency to really shut down or delegitimize some voices only because they do not perceive the problem in the same way as the mainstream in the public space. Certainly, this can serve as a departure point: first, we need to understand what is actually going on to be able to react rationally.

“We know of course that there are malicious actors in Russia and other countries that are intentionally spreading disinformation and propaganda that is harmful to our society. We know this but we don’t know the ratio, to what extent it is the core of this chaos as well as how deep the influence is. We know it is effective… but how effective? This should be the subject of research. We also don’t know what counter-narrative is effective.

“In the U. S., they are working on this extensively but we don’t have proper data for the Czech Republic. In the U. S., many papers are being published and some of the findings are surprising. They are digging deeper into the disinformation dynamic and trying to see how disinformation is spread between different parts of the population and what their motivations are.

“It’s quite clear that disinformation chaos – however you want to call it – will be with us for quite some time and eventually the whole system will adjust somehow. But we can help this adjustment by really taking measures now to make the adjustment much more resilient. We need to adjust ourselves to these dynamics and even then, nobody is saying it will be easy.”