Popular Literature in the Ancient and Medieval World 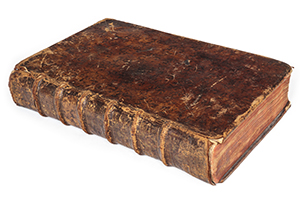 We all know about Medieval Literature, don’t we? We know about Knights in Shining Armour, and Damsels in Distress. We know about the struggle two-thirds of the way through the plot for said Knight to prove plucky, make like a hero, and rescue the biddable babe (as still witness in almost all Hollywood Rom-Coms). We know about this. We know about Princesses in towers, locked up by evil witchy-types, but also bawdy Wife-Of-Bath-types, and Pious Pilgrims.

But do we know about the necrophilia practicing Princess, bi-curious father, and the daughter-Squire – father-Squire love muddle (as presented in the anonymous late Middle English verse romance ‘The Squire of Low Degree’)?

No. I thought not.

I was definitely unaware of this variety of Medieval Literature, until Nicola McDonald (University of York) stepped up to the lectern of Carolinum’s Imperial Hall on the 14th of November at a ‘Popular Literature in the Ancient and Medieval World’ conference, focussed but beaming. The author of ‘Medieval Obscenities’ and ‘Pulp Fictions of Medieval England’, her objective was to convince her peers that medieval pulp fiction, is worth a look. Not just because it’s kinky and makes you giggle, but because in actual fact we can learn about medieval ideologies from it; it should not be dismissed as irrelevant drivel.

Such stories clearly make the reader (or listener perhaps, back in the day) intensely uncomfortable. They interrogate key cultural ideologies of the time. The desire that presents a threat to order is always overcome, despite the fact that this was not a medieval reality. No squire won a princess’s hand in marriage through “adventuring”!

The stories announce their romantic element very early on, so the reader knows they are investing in far-fetched fiction. This indicates to us that these tales are exploring exactly what was not available to the medieval citizen. Which, if you think about it, is not so different from pulp fiction today, is it? Unless, of course, you truly believe that your ex-boyfriend is going to organise a public dance flash-mob to apologise for bad behaviour, or your sort-of girlfriend is going to ditch her usual preppy style for skin-tight leather, and start referring to you as stud.

What is very different from today, however, is the Medieval focus on religious texts – it was the literature used to teach everyone how to read. Everyone? You might ponder. But medieval peasants couldn’t read, they were only capable of drinking mead and ploughing fields and living in squalor. Well, wrong. Or at least wrong according to Elisabeth Salter (University of Hull; author of ‘Popular Reading in English c. 1400-1600’, ‘Cultural Creativity in the Early English Renaissance’, and ‘Six Renaissance Men and Women’). 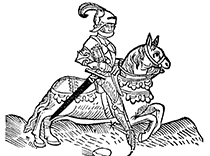 Salter challenges this ‘misconception’ that most of the medieval population were illiterate, she argues that the cultural focus on religion would have provided quite high levels of literacy – religious engravings, sermons, carols and religious texts.

Salter focussed specifically on the text ‘The Prick of Conscience’ (a translation of the French ‘Book of Vices and Virtues’ into a Kentish dialect of Middle English), and the aesthetics of the page. This point I found particularly compelling, as she opened my mind as to why this is meaningful. The deliberate repetition of language (especially line beginnings) could support her theory of medieval literacy – it could be that these aesthetics helped the reader to spot their favourite section of the text; the spiritual message they most craved or valued.

This would also help in recalling sections for personal meditation, reading in groups (books were chained down in churches, for public use) and memorising for sermons. Aside from this, the rhythm and repetition rolls the words into an incantation affect – something we still consider powerful today when enforcing socially acceptable behaviours. Think back to the lines you had to write in school as punishment! (Or your naughty friend, if you were the classroom cherub):

I must not use my ruler as a catapult

I must not use my ruler as a catapult… for example.

This revelation, about medieval literacy levels, could potentially open a deluge of new interpretations of the medieval interaction with literature. I am uplifted by the prospect that we can still develop new academic perspectives on such well-studied material.

Being able to listen to both of these talks was a pleasure – the comparison between the two types of literature amusing and insightful! Reading the heavily spiritual and philosophical words of ‘The Prick of Conscience’ helped me to understand better the wacky tales of the pulp fiction. It was an antidote: an antidote to serious, weighty, sober stuff. It was also satirical. The parallels of Princess Necrophilia “worshiping” (…ahem) a dead corpse, and common rituals around the dead body of Christ are undeniable, and also quite funny. Without having knowledge of the religious texts the people were raised on, the ludicrous romance would seem plain silly and sensational – where as actually they are rather witty, and ironic.

Having compared them earlier, I’m not sure we could say the same for the modern Hollywood Rom-Com, could we?

The ‘Popular Literature in the Ancient and Medieval World’ conference was organised by the Department of Czech and Comparative Literature of the Faculty of Arts of CU in the days 13th and 14th of November 2014. Aside of the Middle English popular fiction and spiritual texts, it touched the topics of Ancient and Medieval popular fiction of such diverse regions as Ancient Egypt, the Byzantine Empire, Scandinavia (including Iceland), Central Europe or Portugal.