Computer games traditionally never crossed paths with education to any serious level as gaming had previously always been deemed a leisure activity with no place in the classroom. Modern game developers, such as those at Charles University in Prague, have challenged this status quo. Along with the Czech Academy of Sciences, the developers from Charles University (Faculty of Mathematcis and Physics and Faculty of Arts were both involved) created Czechoslovakia 38-89: Assassination (Československo 38-89). Czechoslovakia 38-89 is an educational game which is intended to teach students (primarily those aged 15-17) about the experiences of 20th century Czechoslovak history. The gaming format allows students to immerse themselves and ‘experience’ the history in a way that traditional textbooks are not capable of doing. Educational gaming therefore has the potential to add a new dynamic to educational curriculums, and this is something that Czechoslovakia 38-89 has achieved. According to the game’s developers, the key aim of the game is to educate and aid the development of crucial skills such as comprehending, comparing and analysing through the portrayal of the varied experiences of different social groups in Czech territories in the 20th century. 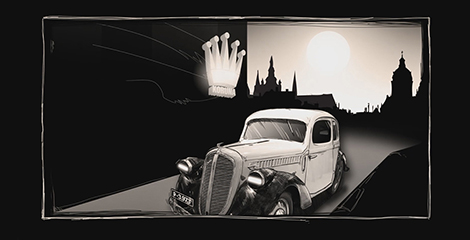 The concept of educational gaming is an interesting and somewhat contested one, between those who fully appreciate the benefits of the immersive experience which attempts to make learning more interesting, and those who believe educational games may lead to students losing their desire to learn in the traditional textbook manner. In the case of Czechoslovakia 38-89 it is clear however that the vast majority of responses have been positive. The Czech (language) version of the game was released in June 2015 and is currently being used in Czech high schools. Students who have played the game have spoke highly of it, as they consider it to have significantly assisted their learning of the history they are being taught. Through authentic storytelling in both real (interview style) and comic form,  Czechoslovakia 38-89 engages students who may otherwise feel quite uninterested in history. Of course, this is not to say that traditional textbooks could be replaced entirely, but rather that they could be supported by this more enticing method of learning.

In a presentation showing off the game’s mechanics and focus, Jakub Gemrot (one of the game’s developers) demonstrated the game. The level demonstrated showed a scenario where the player is required to find and select items in an apartment and attempt to make intelligent, informed decisions on what to do with these items. The level is set during the Nazi occupation of Czech territory during the Second World War, and therefore requires the player to decide which items would have been incriminating during this era. This makes the students involved apply their historical knowledge in order to evade prosecution in the game. This experience is far more immersive than any textbook would be capable of doing as the levels in the game often begin following conversations with ‘eyewitnesses’ in the present shown in an interview format. The levels therefore are intended to appear as memories of the ‘eyewitnesses’ giving their accounts, allowing students discovering the history to identify more closely with those who experienced 20th century Czechoslovakia. More opportunities to learn through this method may well better engage and encourage students who find only textbooks quite draining.

The success of Czechoslovakia 38-89 is apparent through the awards the game received alone. The game won the first prize at the Games Learning Society Showcase in 2015 as well as being nominated as a finalist at the Serious Games Showcase and Challenge in 2014. Currently, research is being conducted to better evaluate the true learning benefits of the game and based on what earlier reports suggest, it should be quite positive. It is likely that in years to come more games like Czechoslovakia 38-89 will enter classrooms to assist and engage the learning of students.

Currently Czechoslovakia 38-89 is available only in Czech but an English version is being worked on and should be available by autumn 2016.

Author: Will Chamberlain
Photo: foto: cs3889
back to top