An exobiologist seeking signs of life

Professor Jan Jehlička is a pioneer of the new 21st century discipline of exobiology. Together with colleagues, and using advanced devices such as Raman spectrometers, he searches for answers to questions such as: Does life exist beyond planet Earth? Did it exist in the past? Last year he won Charles University’s Donatio award. 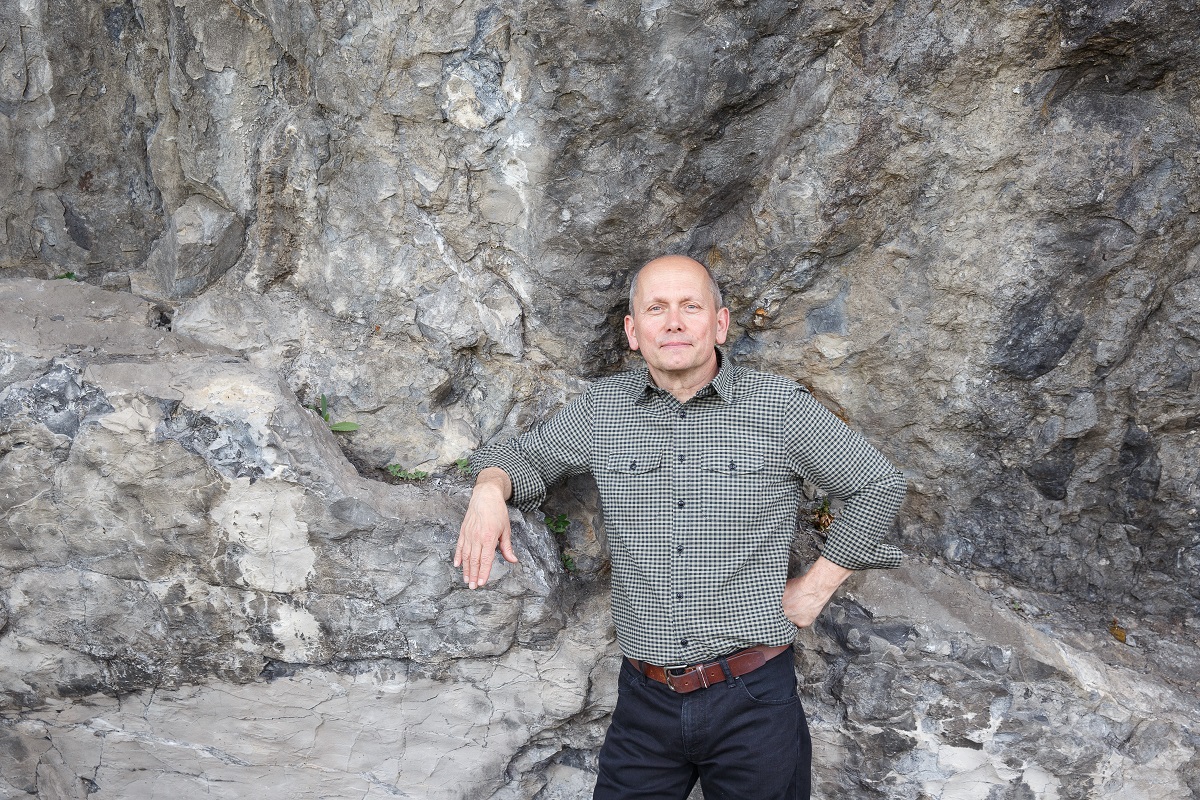 Professor, what makes tracking carbon so fascinating? Why are you interested in it?

Carbon occurs in various states in the geosphere. Coal and oil are the most important organic substances to have contributed to human development. Pure, elemental carbon rarely occurs in rock as crystalline graphite or diamond. More often organic compounds tend to be dispersed in rock. They’re amorphous. And it is the scattered not entirely crystalline black carbonaceous compounds in rock that can be fascinating. It is relatively difficult to find out about them and, especially in the past, there were no suitable methods to study them… It’s definitely interesting to trace the precursors of organic matter in rocks and the conversion to graphite during their metamorphosis.

What got you into studying rocks?

After graduating from the Faculty of Science and defending my thesis with Associate Professor Bohdan Kříbek, a pioneer in the field of organic geochemistry in Czechoslovakia, I joined the Central Institute of Geology [Editor’s note: Today known as the Czech Geological Service]. In France, in Orléans, I continued at the university and the CNRS. There I continued to study carbonaceous compounds in the rocks of the West Bohemian region, and in the 1990s started to learn modern analytic techniques of transmission electron microscopy (TEM) and Raman spectrometry.

So, you could make use of the two methods at the same time!

Yes. One method is difficult but excellent for understanding the structural and microtextural aspects of things like carbonaceous matter. But that matter must be isolated and dissolved from the matrix of the dominant rock, where the carbon content is very low. Everything is so clear but so black!

And the second, more modern approach came in Orléans?

This was the innovative Raman microspectrometry method, but the instrument still took up the entire laboratory: the laser was large and had to be cooled with water; it took hours to get a good spectrum. At the time, these devices were practically unheard of in the Czech Republic, and the method had hardly been adopted: it wasn’t very widespread, although there were groups of scientists who were capable of assembling a device. 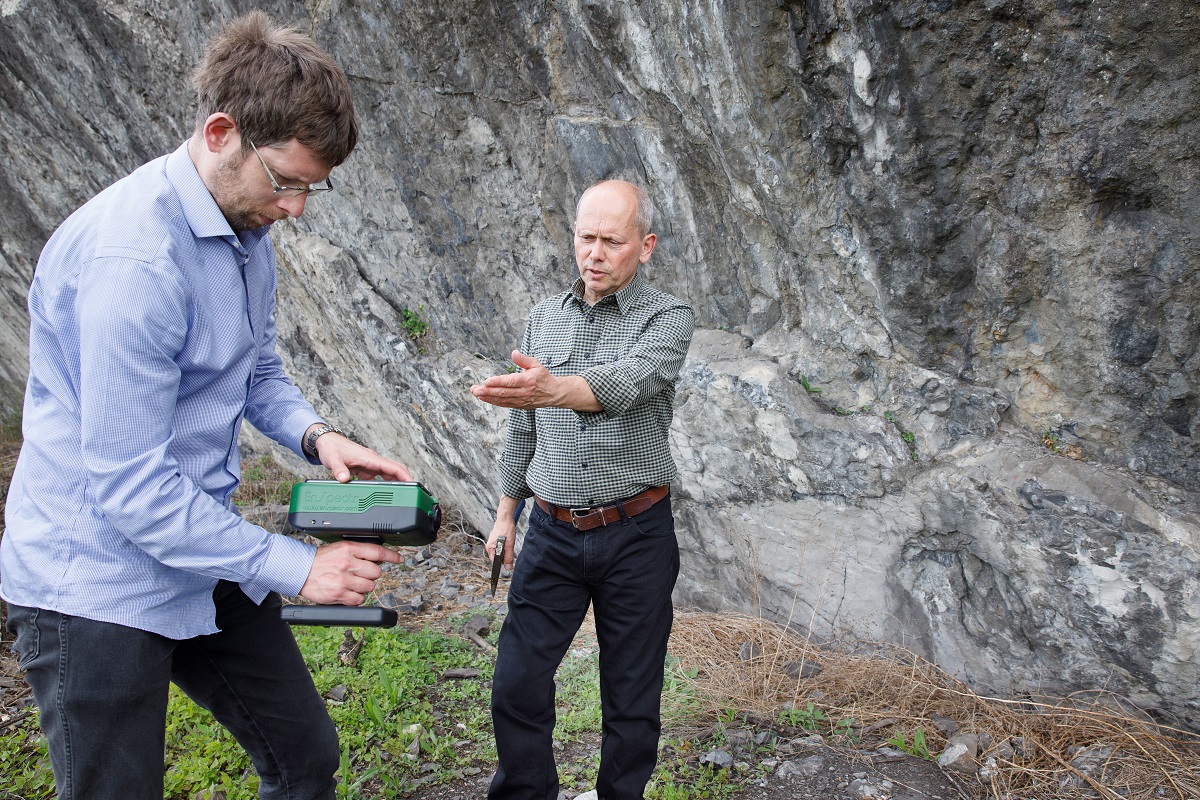 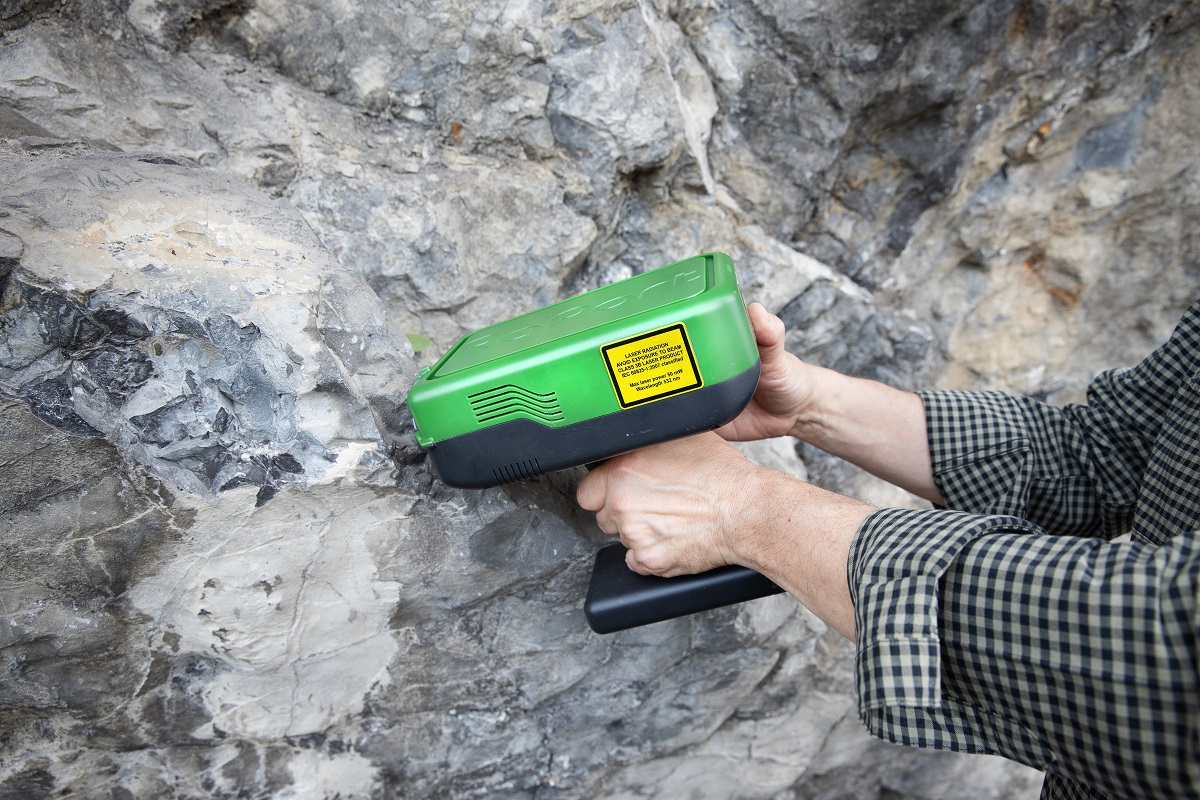 Raman microspectrometry – that must be a gold mine for a ‘geoscientist’, isn’t it?

Definitely. It enables us to gain spectroscopic structural information from tiny micrometric volumes. Even inside translucent or transparent minerals. Or even from atmospheric particles, if we’re interested in their phase composition. What’s more, it’s non-destructive; in short, it can measure any sample, and those are often untreated, and then you can decide to use other methods and analyses. You can study minerals, biomarkers, microscopic particles, cells, tissues… Since 2010, they’ve started to develop miniaturised and portable Raman spectrometers.

They’re widely used in field conditions: in the field of criminology and for the study of geoscience, geobiology, and astrobiological problems.

But also for researching artifacts.

Exactly. For artifacts that are considered cultural heritage – one of the areas that are being studied more and more today – the method can be used without sampling and is completely non-destructive. Raman spectrometers make it easy to verify the authenticity of gemstones set into historic jewelry and to determine the location of origin for rubies and emeralds. Gallerists, curators, collectors, and restorers are interested in the pigments used in paintings and their repainting. Their authenticity can be proven and the use of more modern colours can be revealed. Similarly, portable instruments can be used to study things like the condition of paintings, frescoes, building stone, polychromy on stone, wooden sculptures and the alteration of metal sculptures right where they stand, without sampling for analysis in a laboratory.

But as an exobiologist, you are most fascinated by the possible existence of life beyond Earth…

This trend in modern science has many aspects, areas and sub-questions. It focuses on various objects in space, including planets and satellites in our solar system, as well as objects and planets that are much smaller and more distant. It also deals with the definition of life itself, more general questions of maintaining it over time, and also with the issue of identifying any manifestations of life processes. Exobiology puts forward projects that could, for example, prove the presence of organisms in extreme conditions common elsewhere in the universe as well as detecting the chemical traces of biological processes from the distant past.

Which projects are the easiest to imagine? 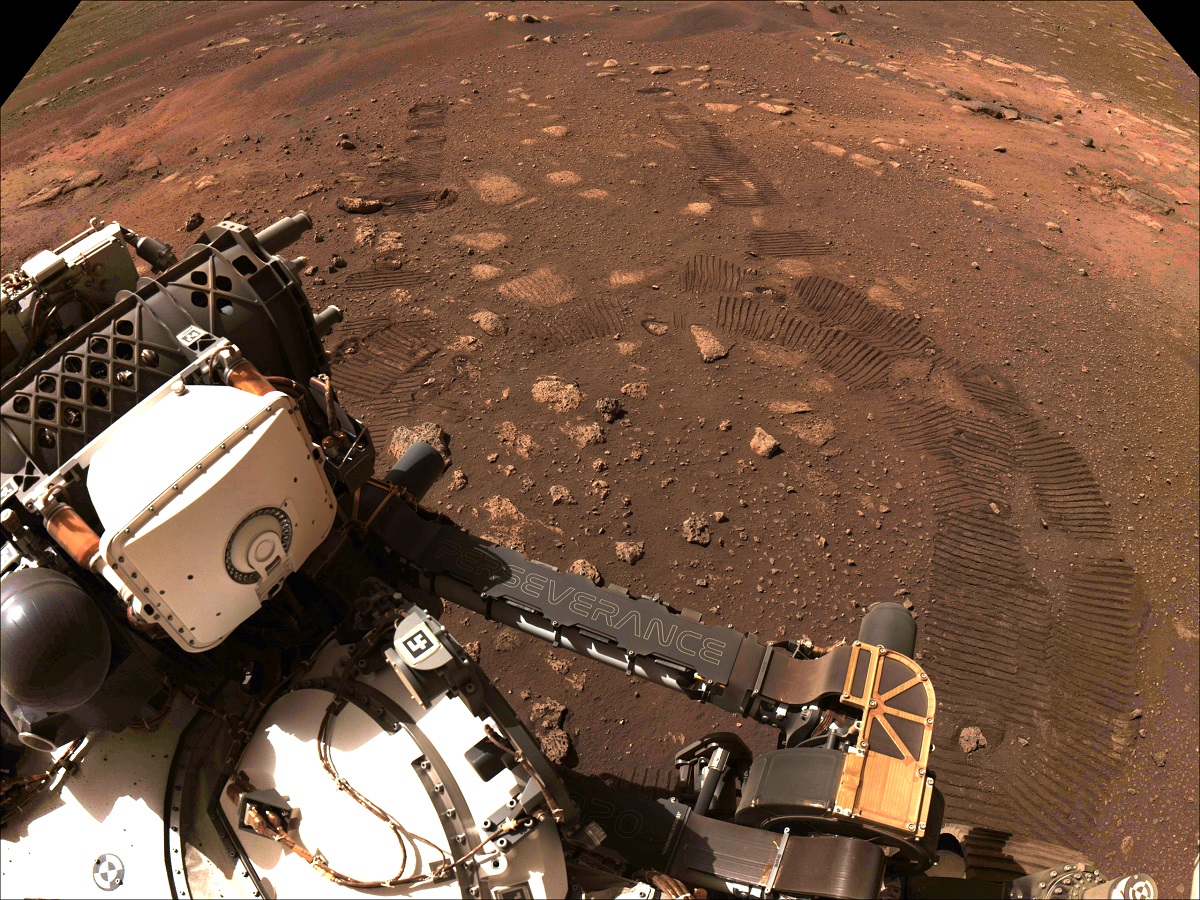 The ones at an advanced stage are the NASA projects focused on Mars or the European Space Agency’s Exomars project. Their essential elements include rovers “stuffed” with cameras and analytical instruments. The Americans’ Perseverance, which is already roaming Mars, is equipped for the first time with two Raman spectrometers, in addition to a number of tools and instruments. One is focused on the detailed analysis of samples, while the second allows the acquisition of Raman spectra on rock outcroppings at a distance of more than ten metres.

And the ESA rover, named Rosalind Franklin, will operate on Mars from about 2023. It also includes a spectrometer, which will enable the analysis of samples obtained by a robotic drill from a depth of up to two metres. The goal of these advanced analytical tools is to detect mineral and organic traces in the rock environment. Knowledge of their composition will help to understand the historical environment on Mars. It will make it possible to assess water distribution and its development. The detection of organic traces – biomarkers – could indicate whether biological processes may have developed in the past, possibly used by very simple microorganisms… And it’s the identification of biomarkers in endoliths, in stones where extremophiles have developed sometime recently in more or less the surface conditions on Earth, that is the topic of our current research. 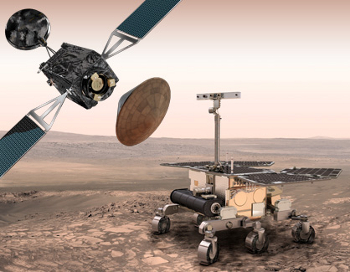 Sorry to ask, but don’t you have to be a bit of a romantic and a dreamer?

Everyone who researches has to have imagination, has to be curious and has to be an enthusiast. And yes, maybe a dreamer too. I don’t know to what extent. Perhaps this should apply more in the case of searching for traces of life on Mars or in inhospitable conditions, like the frozen lagoons of Antarctica or the alkaline lakes of Australia. Researching there or measuring using sophisticated devices or miniature prototypes of Raman spectrometers that will grope around on the surface of Mars – that’s exciting. The results we obtain are directly related to projects aimed at better understanding the composition of rock outcroppings both on Mars and on Earth. 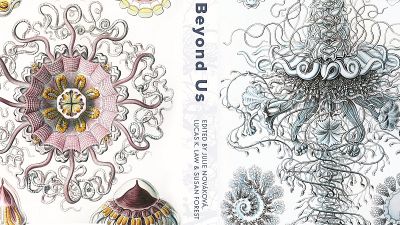 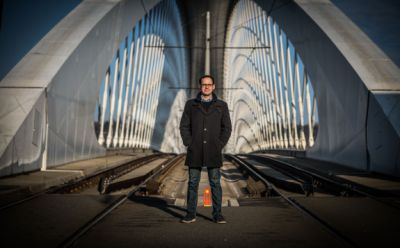 The secret of binary star V1309 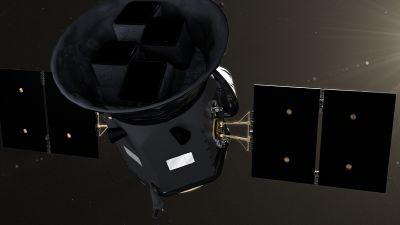