CU student and Slavia Prague hockey player Jaroslav Brož had never had such a long break: not until the Covid-19 pandemic. As the country locked down in March, no one knew what would come next. It would be some four months before the player and his colleagues laced up their skates again.

The coronavirus pandemic saw his and other athletes’ regular training put on hold – until it was deemed safe. The 20-year-old, a junior national squad representative, is one of many who had to adjust. 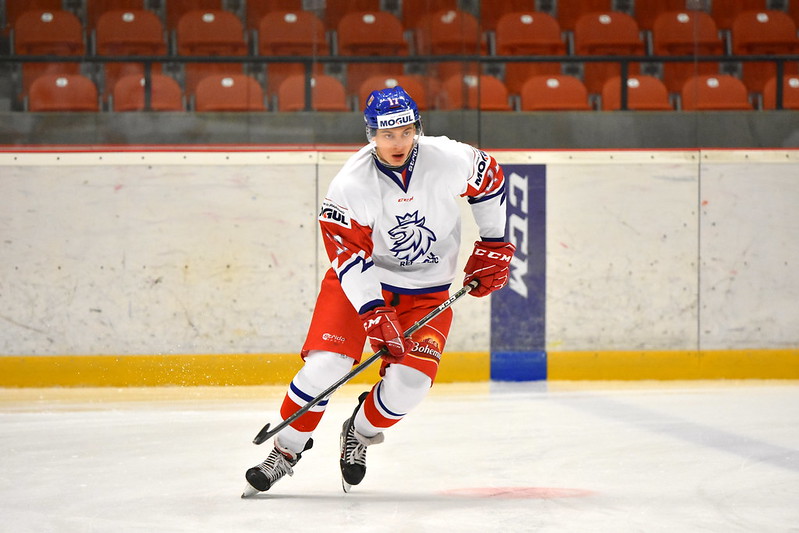 How did you get your start in hockey when you were a kid?

When I was five my mum signed me up with Letňany in Prague. I played for them until the fifth grade. In the sixth grade, I began playing for Slavia and have been there ever since. [Editor's note: today he plays for the team in the Czech Republic's top hockey league].

Were your parents into sports?

My dad played hockey in Letňany as a hobby, but my mum trained competitively. But in a different sport: not hockey, but bodybuilding. She gives me a lot of advice on weightlifting but truth be told I am pretty stubborn and I follow my own guidelines now. I do listen to my mum when it comes to nutrition.

Bodybuilding didn’t grab you? What about other sports?

No, I only focused on the one; I did other sports too but only as a supplement – hockey was always number 1 for me.

A lot of kids at 16 or 17 try to go overseas to play: did you consider the option?

I could have gone and I thought about it but decided to stay. I felt I should stay in the Czech Republic. I have been working on my career and then I’ll see: I’m open to different options.

At what point did you realise you could make a living playing hockey?

I don’t think I reached that point! (laughs) Ok, of course I play professionally but for me it was always been important to have a backup plan, not to just bet on one thing. I graduated from a business-oriented high school and now completed my first year at the Faculty of Physical Education and Sport. 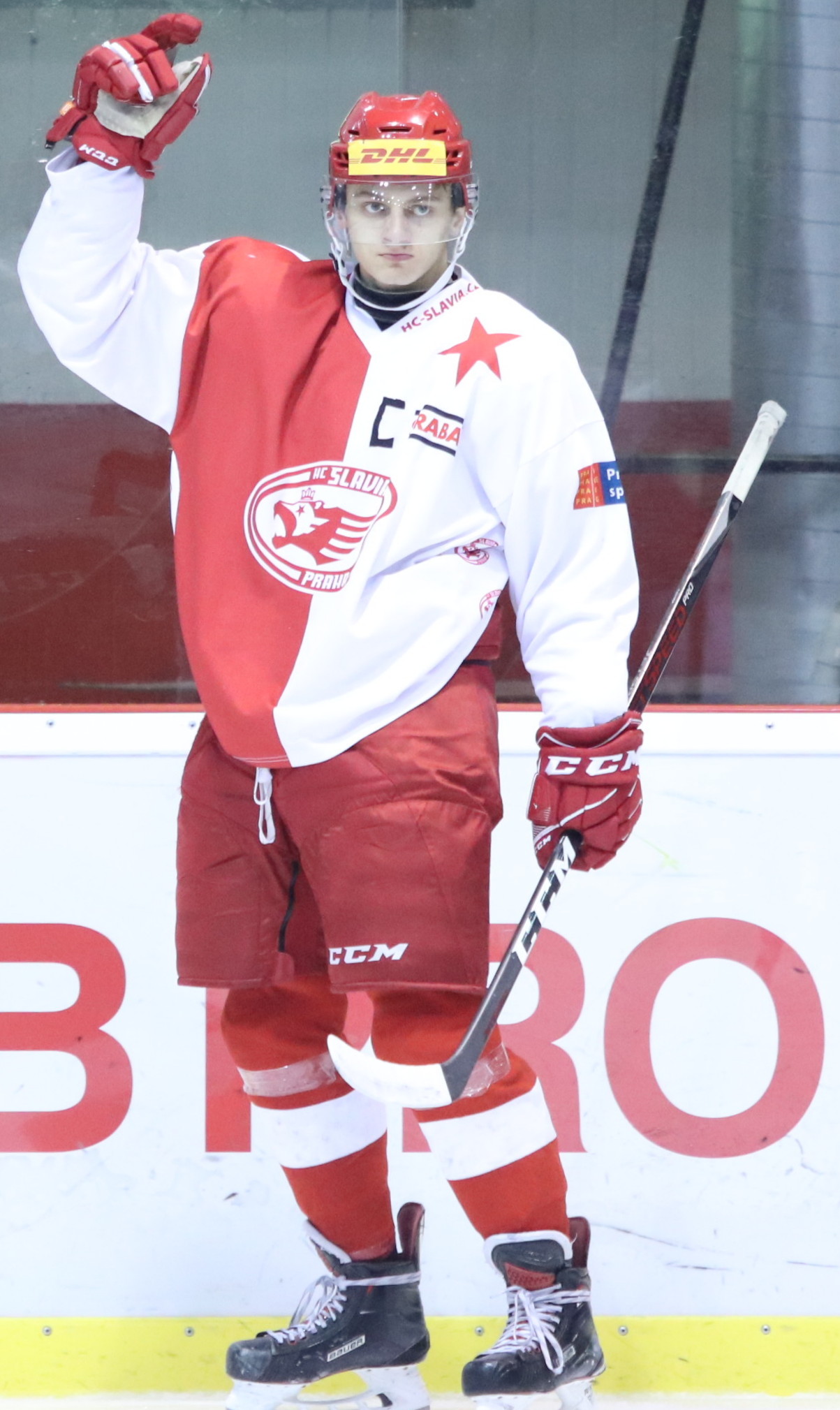 You chose to focus on the field of physical training and sport.

Originally, I wanted sports management but honestly math is not really my strong suit. (laughs) But this has worked out really well and I am excited and happy about it. I’d like to complete my bachelor’s and then see.

You made the roster for several junior squads but did not make it to any big tournaments – what happened?

Things just didn’t work out. The coaches chose other players. But it was still an amazing experience each time. Just being in training camp with everyone, getting ready for the World U20 Championship was incredible.

One thing that is well-known about the sports world is how difficult it is to make the jump from the juniors to adult hockey. How did you find it?

I enjoyed it all the way. It’s a great feeling to be called up by a team you have looked up to your whole life. Time-wise, it’s an improvement because practice is usually in the morning hours, so you have the rest of the day to also focus on other responsibilities. In terms of the game, of course it’s a lot faster and much more physical but I really enjoyed all the aspects of training against different teams. Another difference is, here you have fans who buy tickets and really come to see you play.

You were used to getting a lot of goals in the junior league – was the same expected of you on Slavia’s A-team?

Not so much the coaches but I expected it of myself. Maybe too much.

Did you have to change your game when you came to Slavia?

I definitely had to become more defence-minded. I am a bit unhappy I haven’t been able to score as often; my hope is that in the new season I’ll have a chance to shine and show that I that I still know how to get goals.

The hockey season this year was marred by the coronavirus. What was the mood at Slavia when the lockdown came?

We had to be at home, there was nothing else we could do. We were cut off and had to wait for instructions. We were all disappointed.

How did you stay in shape?

When it was clear the season was over, I took a break. Then I started training again. But it wasn’t easy, the options were limited. We received programmes to follow but were given a free hand in what we chose. At the end of the week, we’d report a summary of how we had trained.

During that time, CU was also closed for students. How did you find distance learning?

We got study materials by email, exams took place over Skype, and remaining exams were taken when the lockdown was lifted. 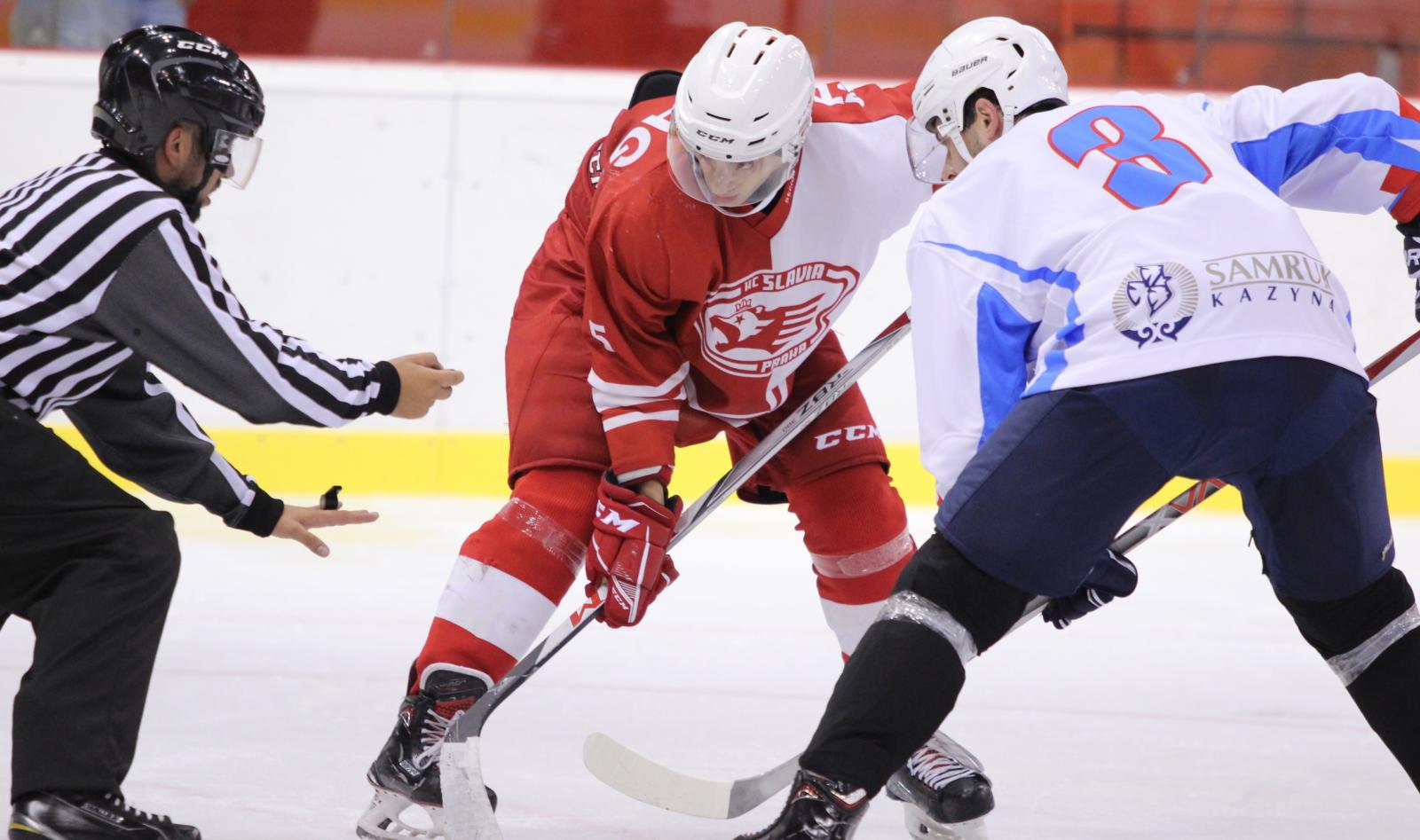 Hockey players don’t get a long summer break: you started preparing for the new season in July. Did you have time even for a vacation or to relax?

The quarantine actually provided a bit of that: I was with family and later friends. And I also took part in a great course at the faculty.

You did? What was it?

It was a hiking class held for five days in nature in the area of Stráž nad Nežárkou. I really enjoyed it! There were lots of team games, there was orienteering, singing around a campfire, and a chance to meet lots of new friends. It showed what the Faculty of Physical Education and Sport is really all about: a great bunch of people, classes in nature, just a lot of fun. (beaming)

You can find the original interview, in Czech, here.