Recent graduates may already been lucky to hear the newly installed pipe organ at the Carolinum; additional invited guests will have the pleasure at a special concert on Tuesday, featuring works by Bach and Mozart but also, for example, Cesar Franck or Petr Eben, performed by Charles University organist Jan Kalfus. The new pipe organ in the Carolinum’s Great Hall is a “resonant jewel and self-contained instrument tailor-made” by the German Orgelbau Vleugels family of pipe organ makers, says organist Jaroslav Tůma. 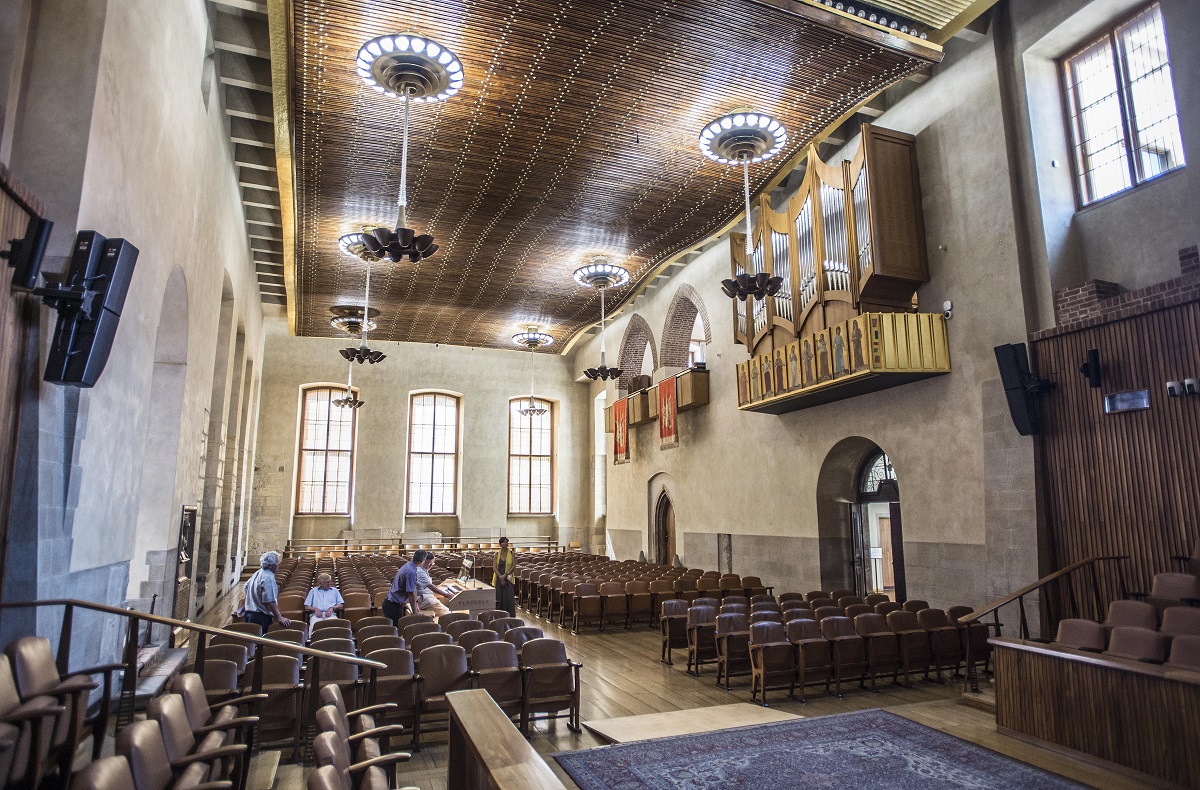 A professor at the Academy of Performing Arts in Prague (AMU), as well as a member of the university committee responsible for contracting the organ’s manufacture, Tůma says pipe organs need to be made with specifics of the in mind. “There is no pipe organ that is universal or would be optimal in every space. The instrument needs to be tailored to the space where it will be played. The Great Hall at the Carolinum has absolutely beautiful acoustics with perfect sound.” 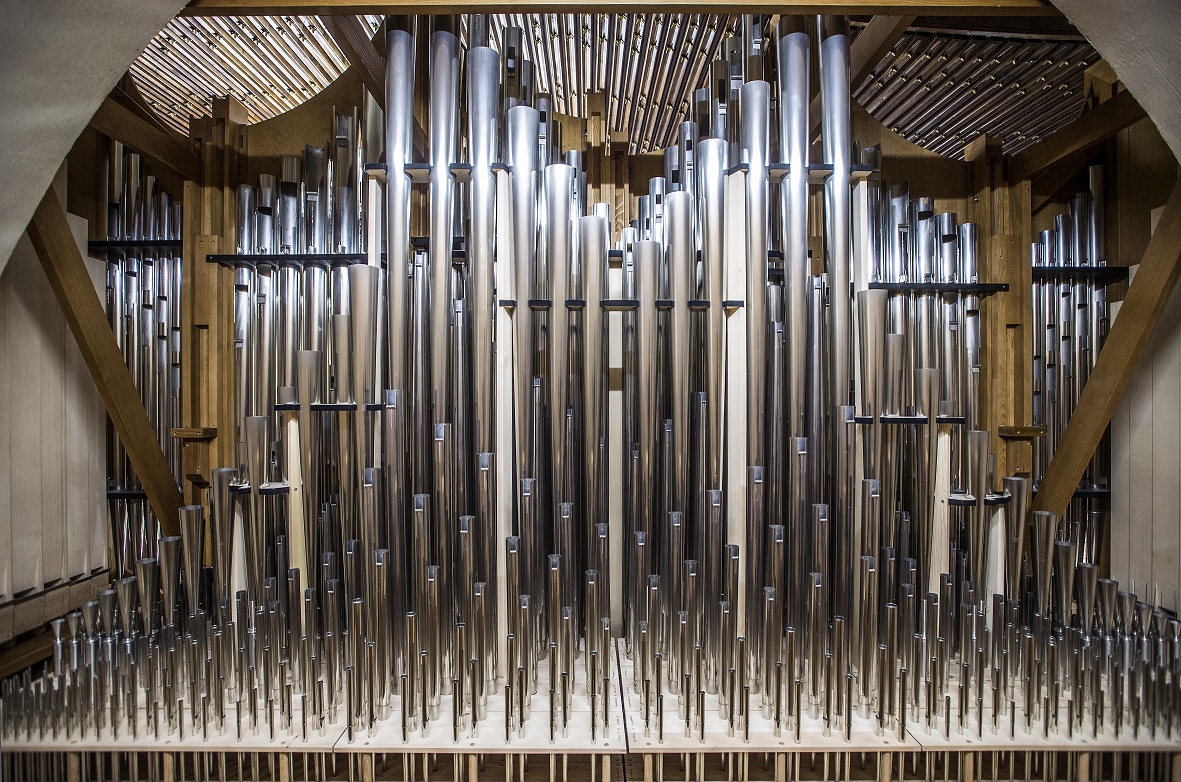 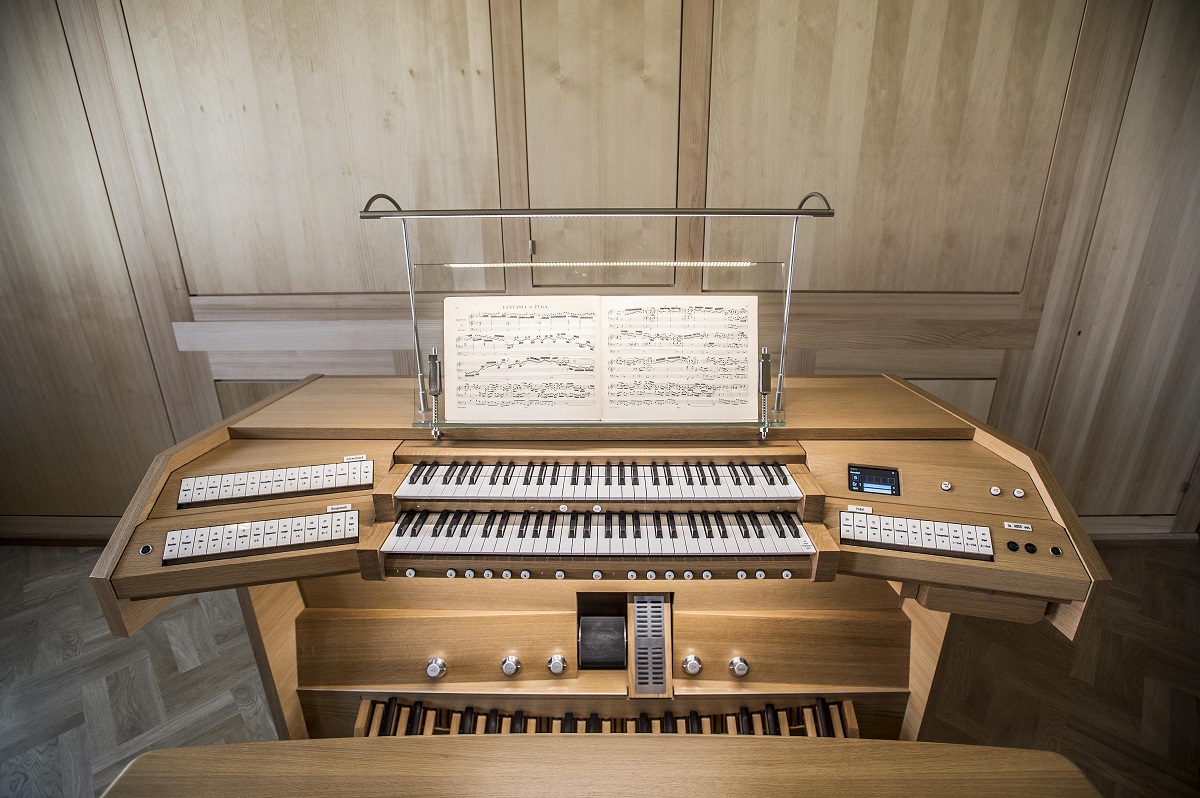 “The spot on the first balcony, which also housed the previous instrument, was chosen specifically because of the architecture, and is the best location that could be found. In terms of colour and technique the new organ is really very beautiful. Of course, the Carolinum’s Great Hall is different from a cathedral, where the full organ sound would resonate throughout from above. What can be achieved, thanks to the excellent acoustics, is a perfectly structured keystroke; you can hear the slightest detail and slightest variation in the organ's sound.” 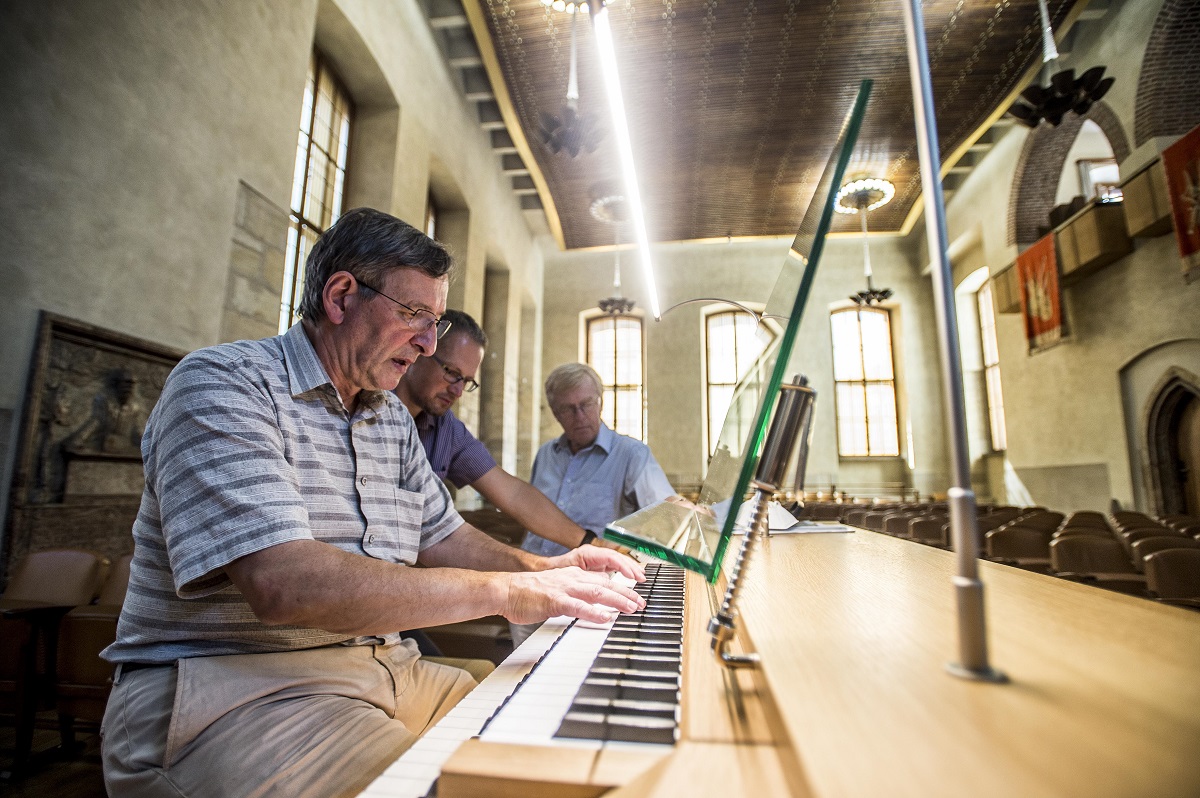 “The assignment called for the newly acquired instrument to accommodate different stylistic periods in order to mark different occasions – from graduation ceremonies to various special events - so it had to be powerful enough, and at the same time it should be able to reproduce Bach’s polyphonies or reproduce a grand romantic sound. There will always be pipe organ concert-goers who prefer a particular church as the best for Bach, but they will recognised that this organ does Bach justice. It is the right organ for this space.” 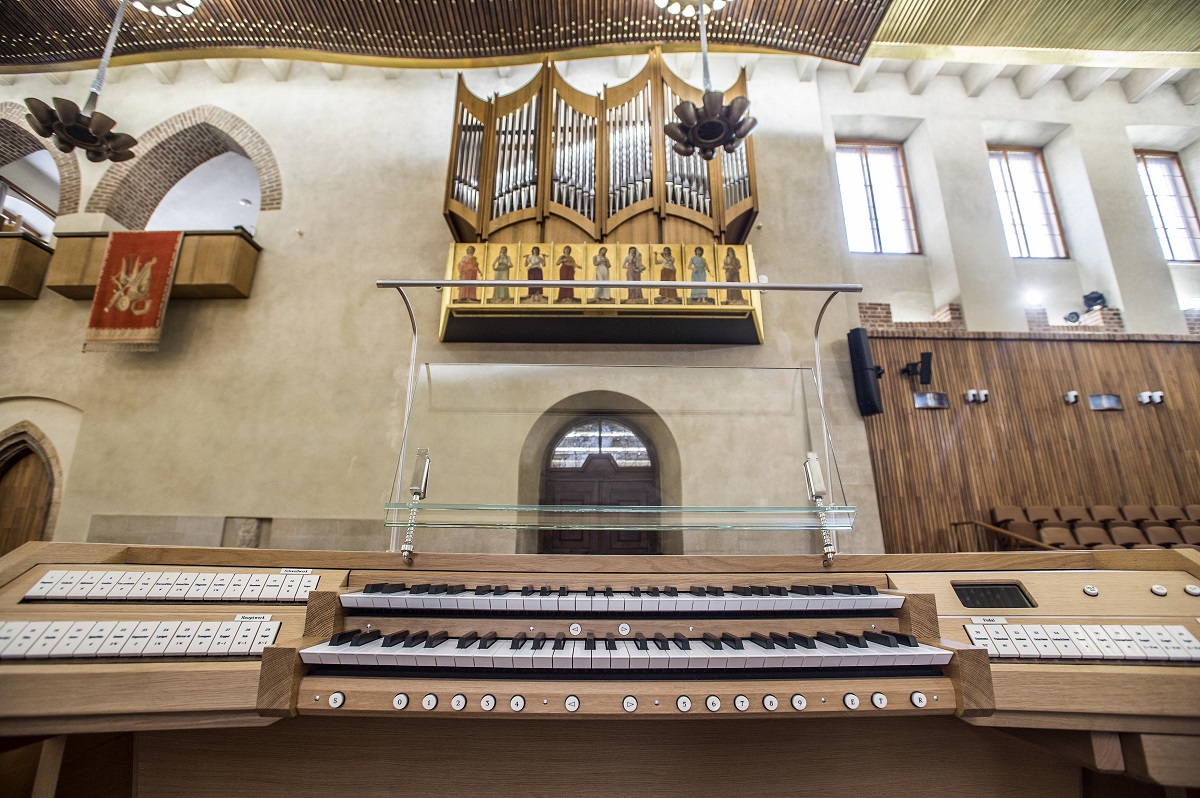 “Visually, artistically, the pipe organ fits perfectly. We selected from a number of variants. Whether in shape, weight or colour - in short, the instrument fits nicely within the Great Hall.

“If you focus on the total mass: you have an incredibly robust structure on the ceiling, which brings an artistic element into the space with it while making an acoustic sound. From the point of view of robustness, the lateral band of the wooden ceiling corresponds perfectly with the instrument: although the organ occupies a much smaller area, its borders at the top and bottom have a robust yet unusual wooden band. In short, they are neither slender nor very robust.

“As far as sound is concerned, the instrument allows you to play very gently and to the fullest. The performer will have a hard time finding anything to fault.” 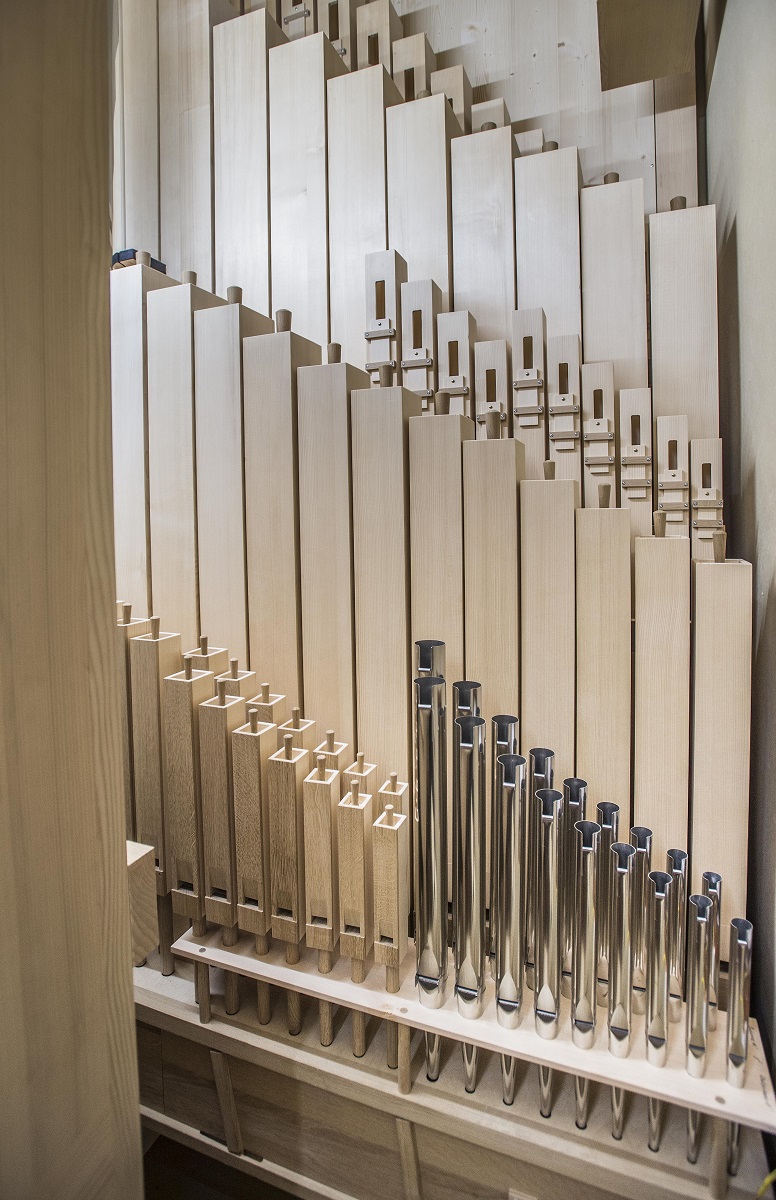 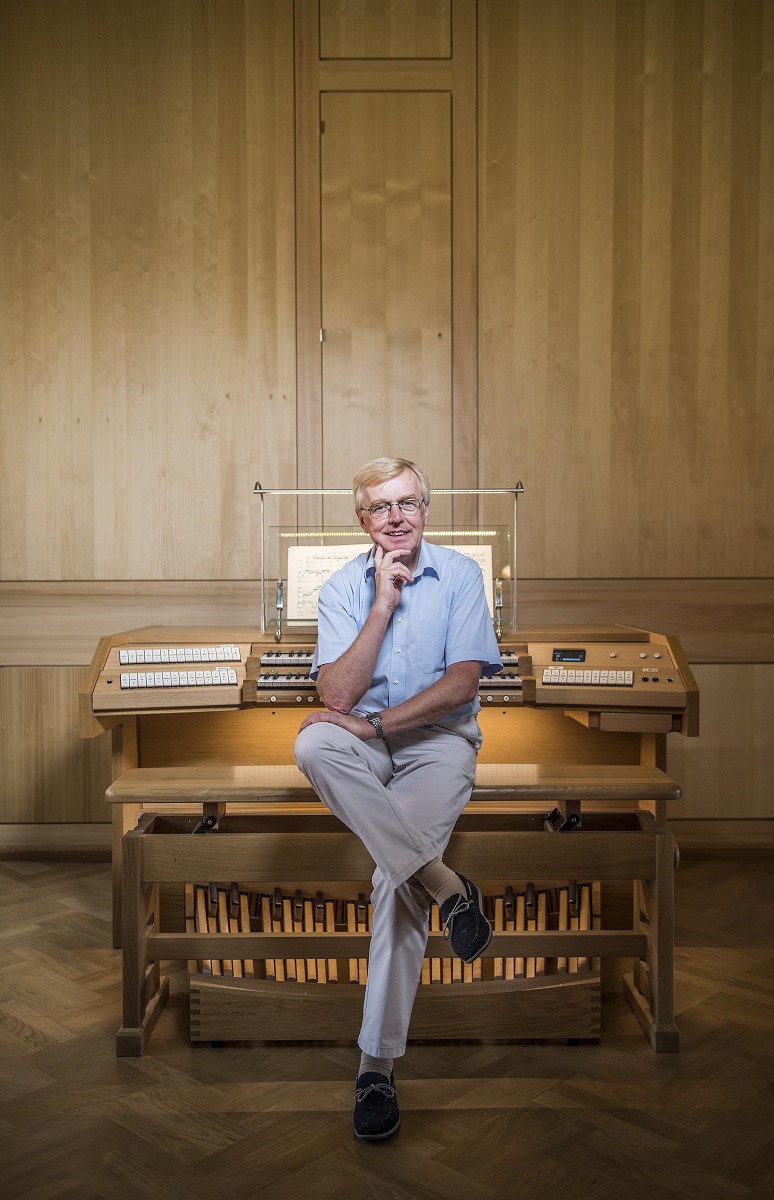 Forum photographer Vladimir Šigut, who documented the full installation of the new instrument was also at the first sound test of the pipe organ, which took place on 6 September 2021.

If you want to see just how much work goes into installing a new pipe organ as rich and beautiful as the one now in the Carolinum be sure to check out the Picture Gallery below. It's chock-full of great pix. 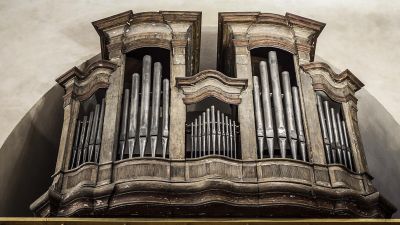 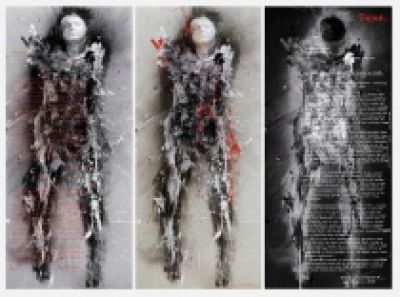 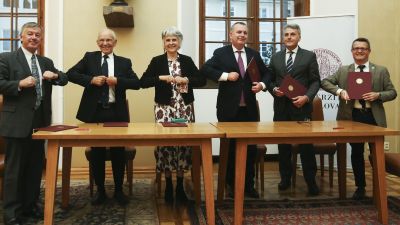