The 4EU+ university alliance, pooling the resources and talents of six public research universities (including Charles University) aims to revolutionise research and education, offering innovative new programmes that should improve cooperation and mobility and create opportunities that push the envelope.

One of the alliance members, the University of Copenhagen, recently hosted work groups from across the 4EU+ Alliance, tasked with laying the foundations for innovative study programmes. The meeting took place on Feb. 20 and 21, 2020. 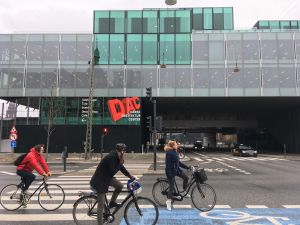 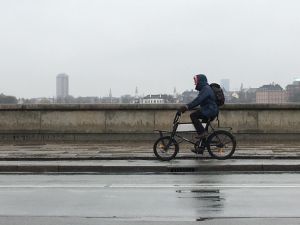 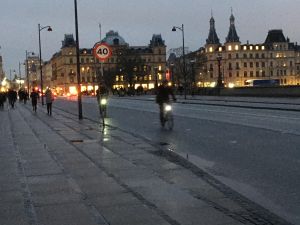 The first day of the meeting at the North Campus of the University of Copenhagen which inlcudes the Maersk Tower began with smiles but also an apology about the weather. Though conditions were mild, it began raining in the early hours and continued throughout the day well into the evening. University representatives apologised that conditions “could have been nicer”, but alas… Not that a bit of rain dampened anyone’s spirits: life in Copenhagen does not simply stop because of a little rain and a few shades of grey clouds – far from it. The city’s wide sidewalks and excellent network of cycle paths are always being used: even when it pours, people bike from place to place, a walk to the venue confirmed.

At the university's North Campus 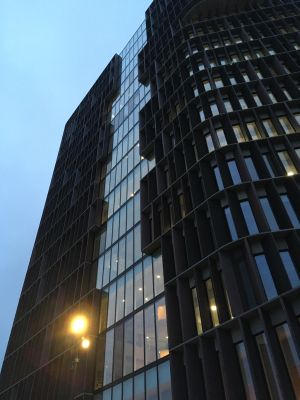 At the meeting, proceedings went smoothly and were timed “to the t”. A full programme of presentations the first day outlined not only the alliance’s continuing goals but offered a checklist of recent progress and immediate next steps. Presentations were followed by rigorous discussions, getting to the nuts & bolts of different initiatives. 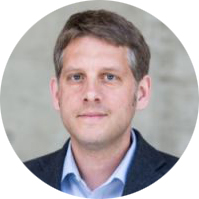 Among the key speakers, was the 4EU+ Alliance’s new Secretary General, Volker Balli, a social scientist who has led the alliance since January. He stressed the importance of something that could best be described as a “4EU+ learning” label. Research, innovation, education, are all a given, he made clear – what is ambitious is raising the bar and ensuring the highest quality possible. He gave an example:

A summer school within 4EU+ will vary from classic summer courses by bringing together students, resources and research from all the participant universities. We need to be careful to make overly bold statements about breaks with past or game-changers but at the same time it is not “more of the same”. People over the last 20 years have really seen many changes: in funding, ERC grants, how cutting-edge research is done. That is what we are building on and leaving the old 19th century professorial model – where students just regurgitate what the professor said – behind. 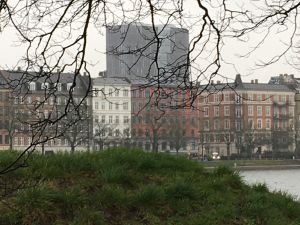 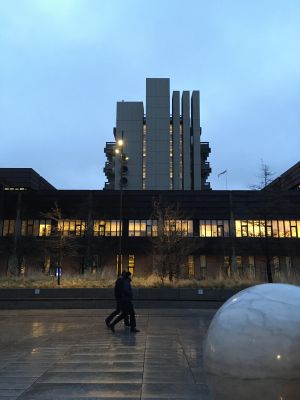 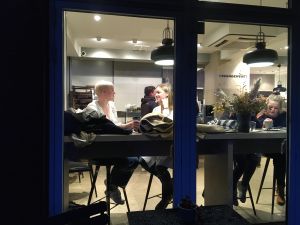 Onwards from the Flagships

The focus of the alliance’s Flagship 1 is public health (something also discussed in an upcoming Forum interview with the University of Copenhagen’s Rector Henrik C. Wegener). Charles University’s Vice-Rector for Education Milena Králíčková, who was a member of Flagship 1, along with colleagues Sabine Bottin-Rousseau, an associate professor at Sorbonne University and Research Associate at Heidelberg University Anne Sommer, spoke at length about the preparation of study programmes and other education initiatives within 4EU+, with a special emphasis on skills. She outlined how members of the team’s work would continue, and stressed that the task ahead was to create a “4EU+ educational activity framework”. In the cards over the two-day conference was the aim to begin putting together “a portfolio of students’ skills, competencies and values”.

Milena Králíčková also talked about creating a “4EU+ learning pathway” which will serve a key function. 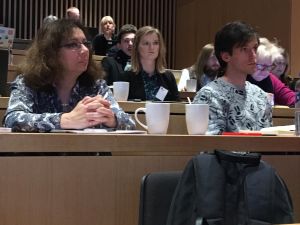 We want to design new study programmes on the framework of the flagships. This is something to keep in mind: all of us here will begin at a [modest] starting point of some small educational activities but we are, in the end, aiming to create new study programmes. Programmes will offer students a new experience and will require new preparation for both students and staff.

[We now] have a unique chance to design completely new curricula defining the right skills for students who are already engaged in their respective fields and already face new challenges. Pathways for the future, for example, will use different kinds of mobility – both physical and virtual – and will be designed by different partners within the alliance and will also include the transfer of skills. 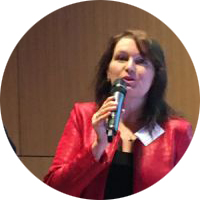 Transferal skills that are essential for students within 4EU+: Multilingualism, data literacy, entrepreneurship, critical thinking and social engagement, she said.

Shortly, Sorbonne University’s Sabine Bottin-Rousseau outlined the task at the conference of designing, for example, Master’s study programmes and internships that would be accessible online by all universities, allowing the opportunity, for example, for researchers who wanted to spend a semester or year at one of the member universities or for students to take the course online. Together with Anne Sommer (and later the University of Milan’s Manuela Milani) the speakers outlined where 4EU+ is headed and just how cutting edge it will be.

From teething pains to success 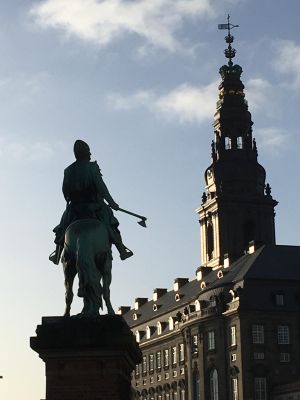 Even steps forward can at times be difficult and there are always at least some teething pains in complex or ambitious projects. Sorbonne University’s Serge Fdida, a member of the 4EU+ Management Committee, addressed some of concerns, even certain frustration for some in working groups or concerns that some aspects of the projects were “not moving ahead fast enough”. He and others through stressed it was at most temporary situation. The University of Warsaw’s Jolanta Choinska-Mika, for example, told Forum that even when things sometimes appear slightly chaotic it is just part of the process. She made clear that concrete examples and results are taking shape, saying this:

Before 4EU+ [received backing in the EC call], we all worked in different groups. What is happening now is an integration and a joining of forces. By our next meeting, I think we will have made another big jump… I think things will come together and we will be united in a joint success.