The Centre for Knowledge and Technology Transfer (CPPT) and Charles University Innovations Prague s.r.o. (CUIP) will host the 7th National Conference on Knowledge and Technology Transfer on May 15, 2019 at Prague’s Orea Pyramida Hotel, dovetailing with the Via Carolina Fair on May 16, an innovations fair at the Kino Dlabačov movie theatre (located at the same address in Prague 6). 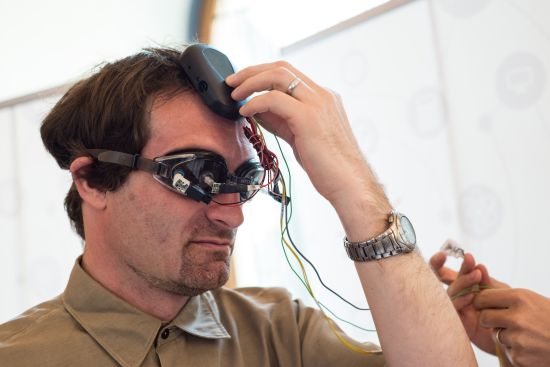 International experts, university research teams, and other professionals in the area of knowledge transfer at the conference will speak about the application of social sciences in practice or the role played by academic spin-off companies.

The Via Carolina Fair will focus on innovative projects conducted by researchers at Charles University and outline research possibilities and services the university can offer both the private and public sectors.

You can find more details and the complete program for the back-to-back events here: http://www.ktt7.cz/en/konference-transferu

The main partner of the conference is Transfera.cz; the conference itself is being organised by Charles University’s Centre for Knowledge and Technology Transfer together with CUIP. As such, the conference will focus on two major areas: the practical application of social scientific knowledge and the offer of scientific university services in the commercial sphere – including university consulting services. Guests will include professionals from abroad, including Germany, Great Britain (The University of Cambridge) and Luxembourg.

“It is important not to overlook the social sciences and the humanities and what they have to offer society,” the head of the Centre for Knowledge and Technology Transfer Hana Kosová said. She added that the recognition of the social relevance of research across multiple fields was a current worldwide trend and said the centre was looking into ways a similar approach could be applied in the Czech Republic.

The second major theme of the conference will be the role of spin-off companies in the academic sphere. Charles University and its daughter company Charles University Innovations Prague s.r.o. are uniquely positioned to address the topic: the university was the first (and so far only) public Czech university to found such “a meta spin-off” – almost a year ago – in June 2018.

Charles University’s Rector Tomáš Zima explained, saying that it took only a few months to confirm that the founding of Charles University Innovations Prague s.r.o. had been “the right choice”. He said the university had gained a “highly effective and flexible tool which had had a synergetic effect in applying university research results in the commercial sphere”. 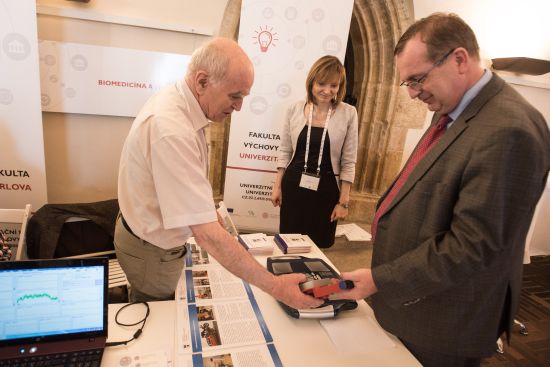 Concrete aspects of the daughter spin-off as well as details of present and future projects will be discussed at the conference by CUIP’s director, Otomar Sláma:

“The founding of CUIP was a step into the unknown but we can now say that it was in the right direction.” In cooperation with CPPT, Sláma added, the spin-off firm had identified “more than 15 projects which could be moved towards commercial application”.

Via Carolina will follow the conference on the 16th and present concrete innovative projects in Charles University’s portfolio. Visitors to the fair will be to try new technologies on site and have the opportunity to meet members of some teams behind individual successes. An overview of technology presented can also be viewed in the university’s services catalogue.

One of the highlights, for example, will be the presentation of a computer simulation entitled Revolution 1945, drawing on the earlier success of the educational game Attentat 1942 – set during the Nazi occupation of Bohemia and Moravia in 1942.