In just under a fortnight, Czechs will take up the presidency of the Council of the European Union, prompting an official visit to Prague on Thursday by the president of the European Parliament, Roberta Metsola, and other officials. In the morning, Metsola and fellow representatives met Czech Prime Minister Petr Fiala and members of the legislative branch. In the afternoon, she took part in a much anticipated debate at Charles University titled “The Future of Europe”. 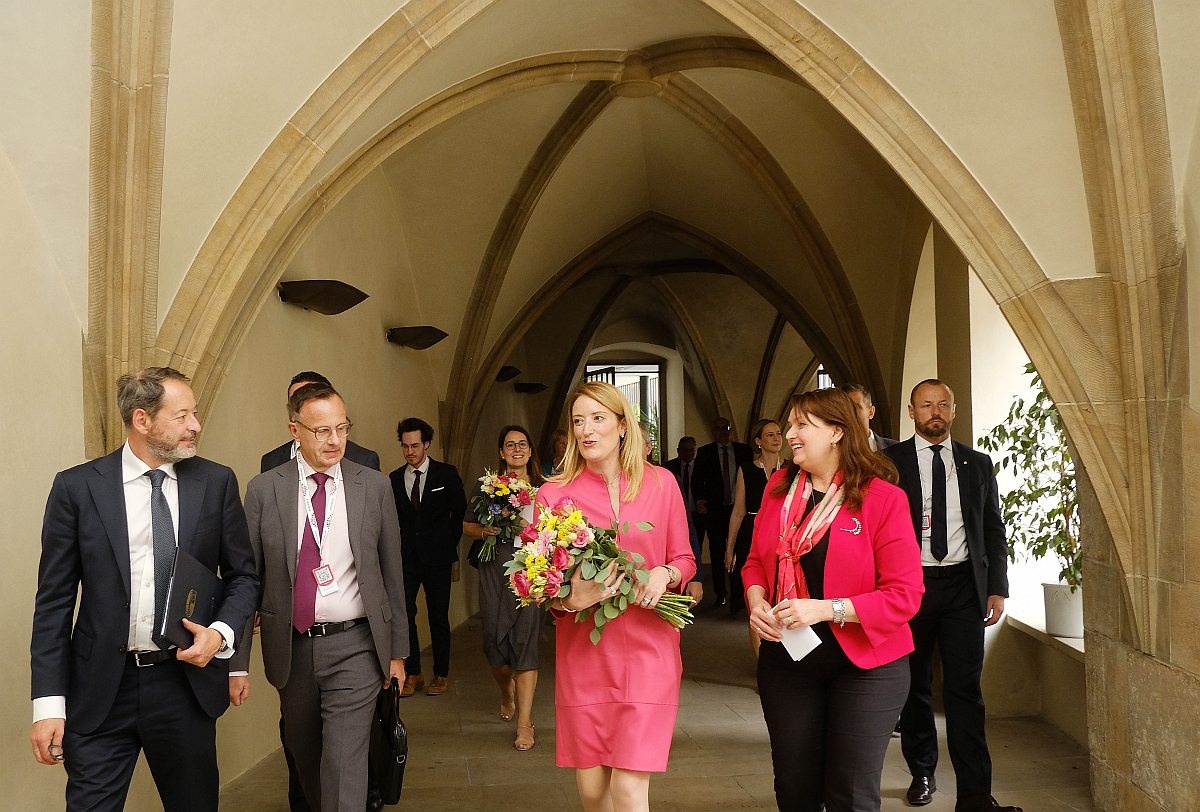 The debate was an important and rare opportunity for students across faculties to ask the recently-elected head (January 2022) tough questions on matters of top or even grave importance: how to help Ukraine in the face of the continuing Russian assault, what to do about energy dependence, rising energy prices, the threat of poverty, climate change, attacks on European values through fake news, xenophobia and more.

Charles University’s Lenka Rovná spoke first, welcoming Rector Milena Králíčková, who in turn (along with student representative Martin Čihák in the role of moderator) introduced EP President Metsola to a hall packed with both fresh-faced first years as well as more seasoned PhD students. She thanked Roberta Metsola and other speakers present (MEPs from Italy, Czechia and Poland – Laura Ferrara, Jan Zahradil and Jan Olbrycht, respectively), saying students as well as others in attendance, such as academics and journalists, were keen for the debate to begin. 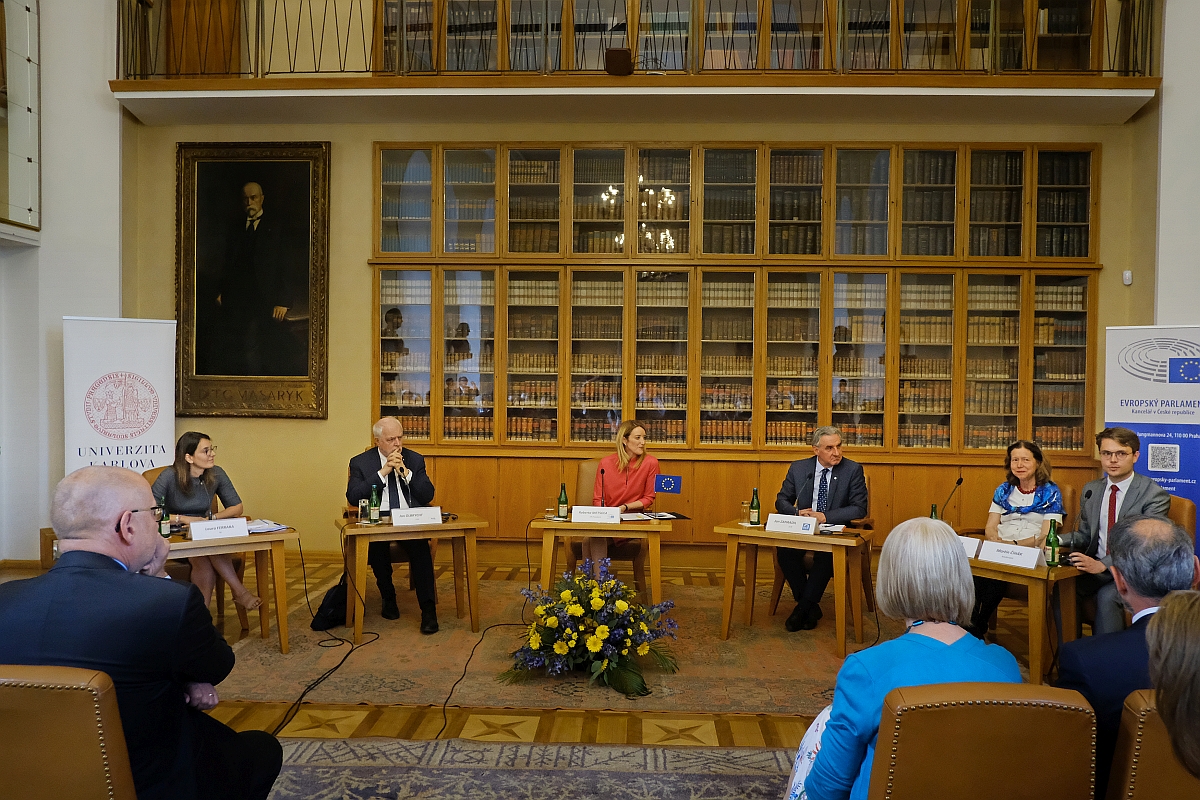 Charles University is a key institution, Rector Kráíčková emphasised, when it comes to “sharing with European partners, European values.” She mentioned Charles University’s long-running European Studies programme and membership within the 4EU+ alliance as two of many examples. The school has a long tradition of providing a forum for debate; still, Thursday’s was a special occasion – a debate headed by the youngest-ever EU Parliament president (Metsola was born in 1979). For many students, she symbolises change. 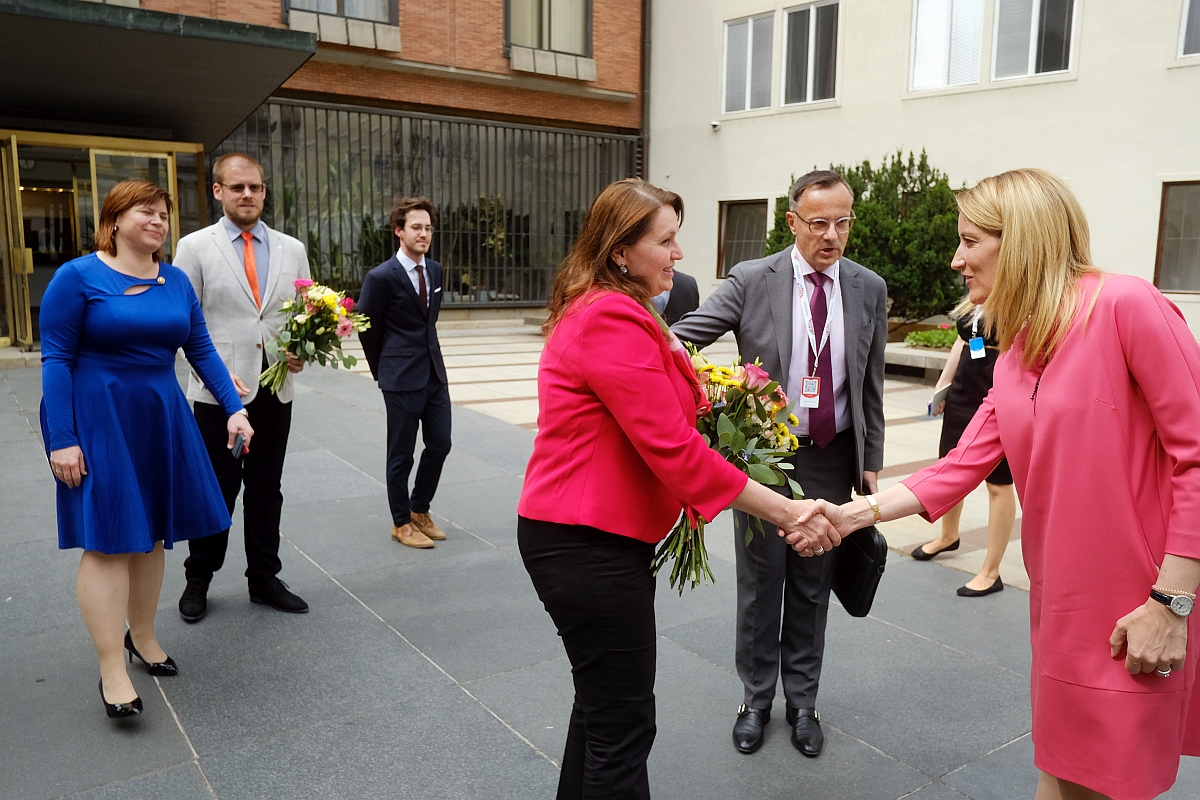 In her address to parliament after her election this year, Metsola had promised that she would “always stand up for Europe” and her willingness to do so was further in evidence on Thursday: “Politics is a force for good” she said, and emphasised that the one thing that students should never forget were their principles.

“Never stop standing up for what you believe in. Don’t let people tell you, ‘Oh no, that’s not the way…’ Never give up. Don’t stop.”

She also got a lot of laughs by admitting that she talked a lot but explained that it was because she was married to a Finn and had to compensate at home as he spoke less often. 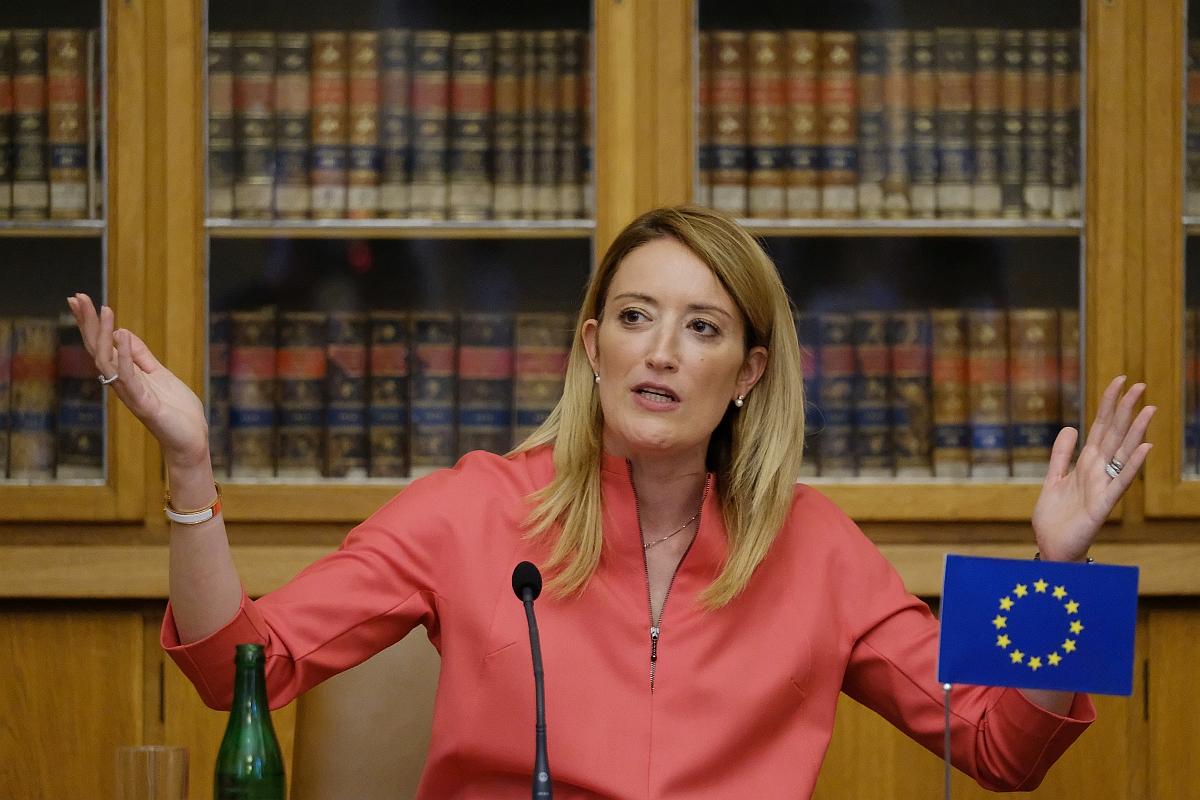 Star power: the President of the European Parliament Roberta Metsola. Many students said they were inspired by Thursday's debate at CU.

“Thank you for inviting me to Prague… in preparation for the Czech EU presidency. For six months, what the EU decides and does will actually be done here, with your representatives, with what you want from the European Union and with how myself and my colleagues who I am here with, can deliver on what you want… As was said, I am Maltese and we women from the south talk a lot so I am not going to talk a lot… but I will say it is a tradition that… whenever I visit an EU country, I organise with the hosts an event with young people to listen, to hear from you what you want from us. Not for us to tell you how great we are and what we have done and how successful we have been.” 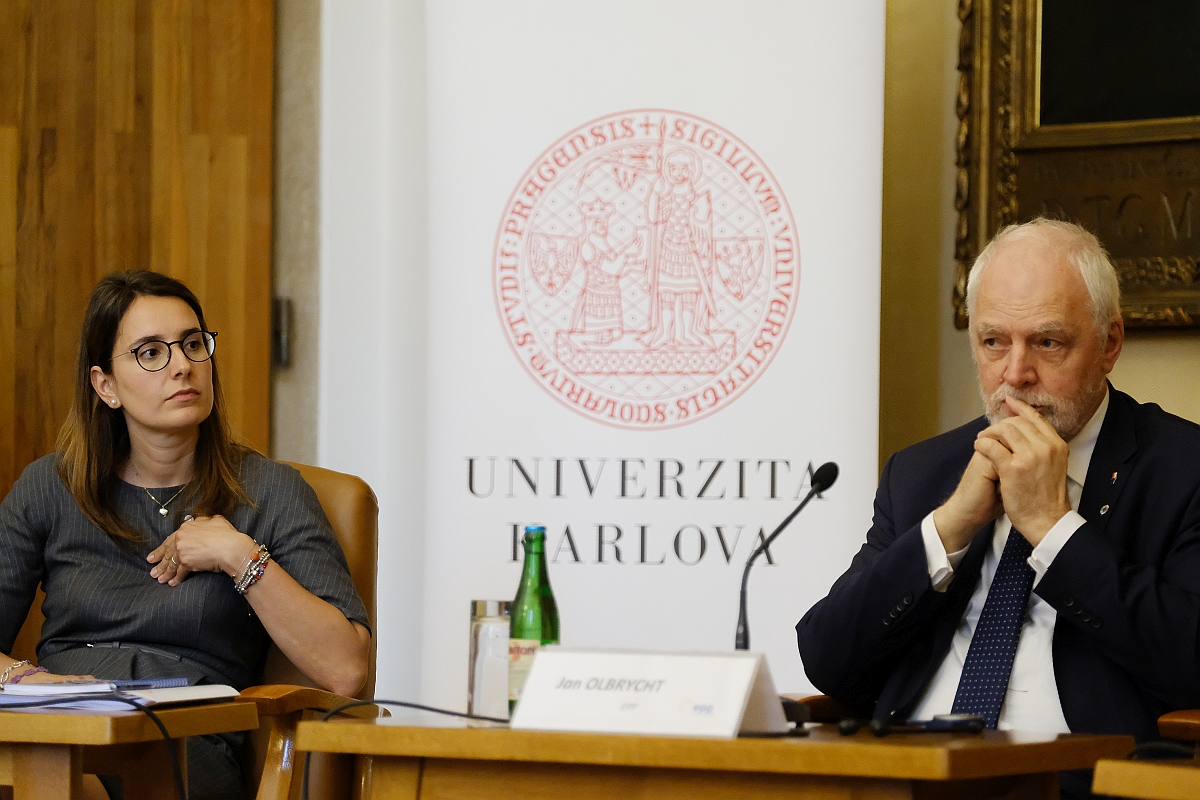 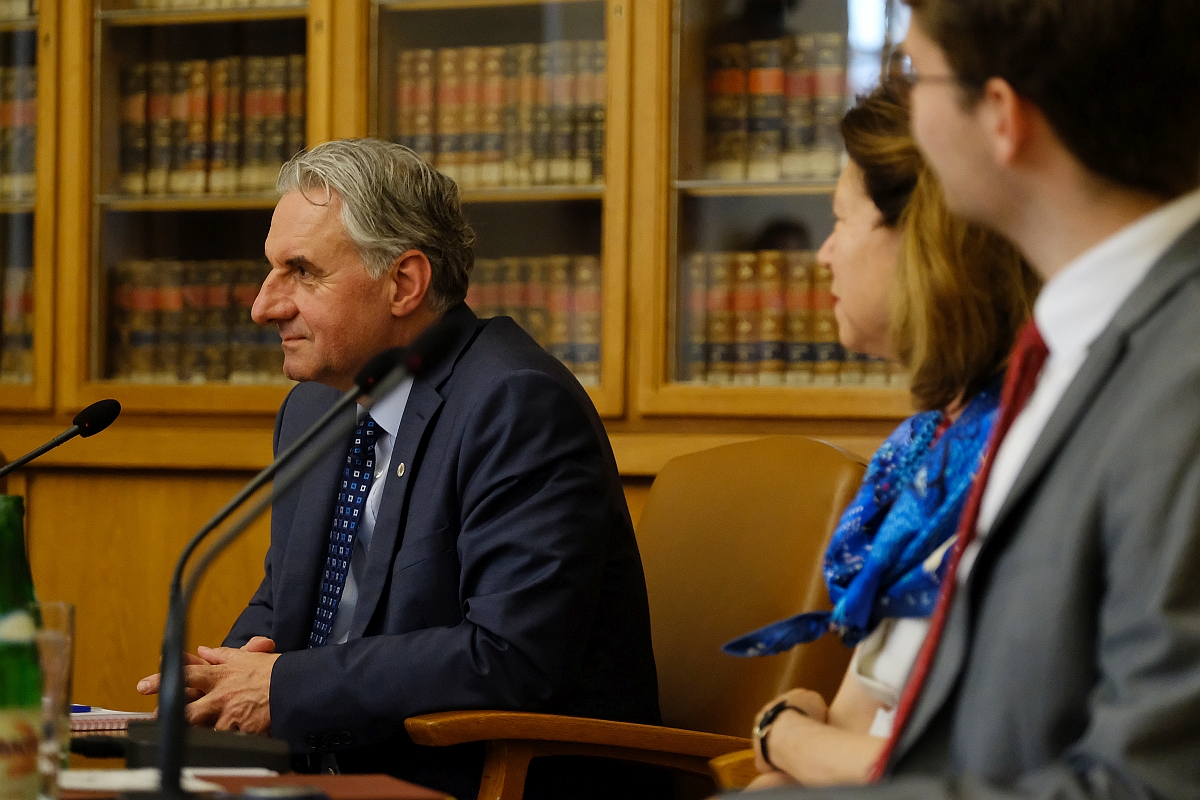 Indeed, the commitment to shared democratic values and the European project by all members has been thrown into high relief ever since Russia launched its brutal war against Ukraine (which itself is seeking a path to join the EU, which the EP president has backed). The war in Ukraine has cast an urgency if not an outright pall over many proceedings, but neverthless at many turns in the debate, optimism was expressed. Enormous tasks loom ahead, many of them exceedingly difficult if we were in a time of peace and yet there was the sense that there was a political will now to get things done, or start getting them done by smaller steps. Rather than to ever again kick the proverbial can down the road. The current generation of politicians, Roberta Metsola said, was the last that could do anything viable about climate change and global warming. Such was the sense of urgency expressed. 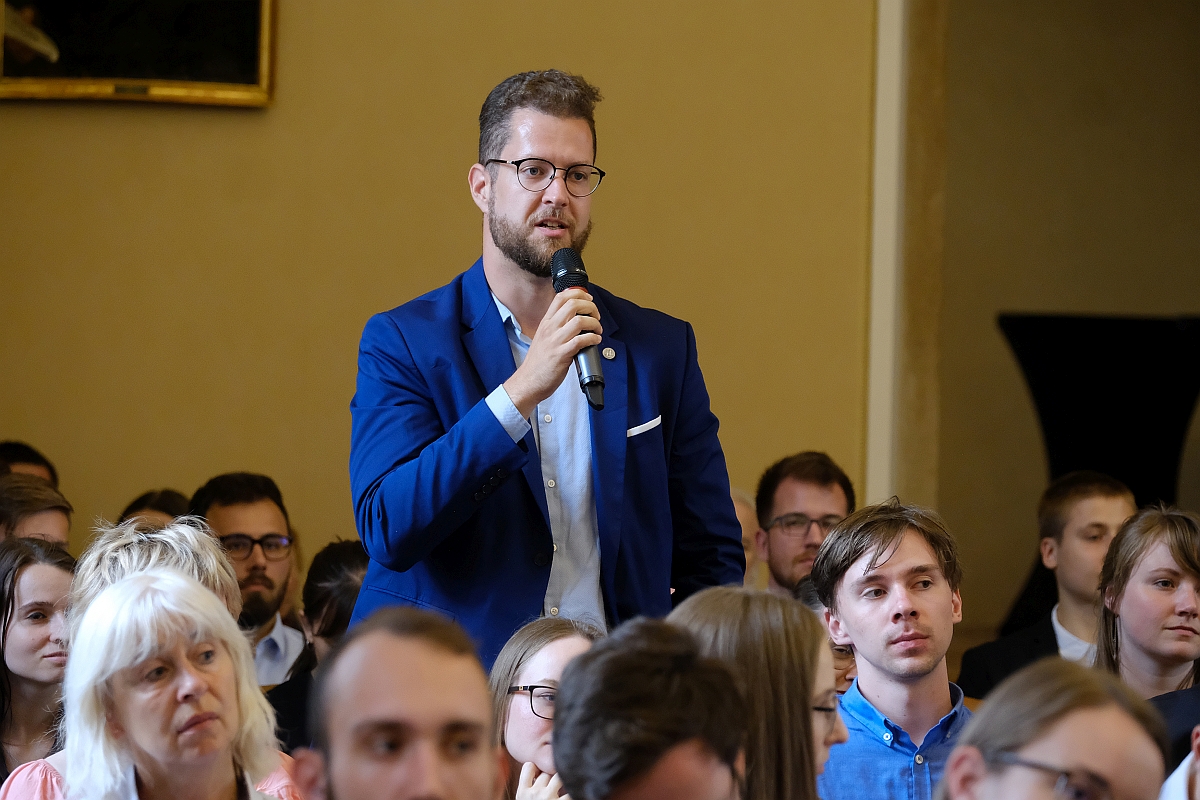 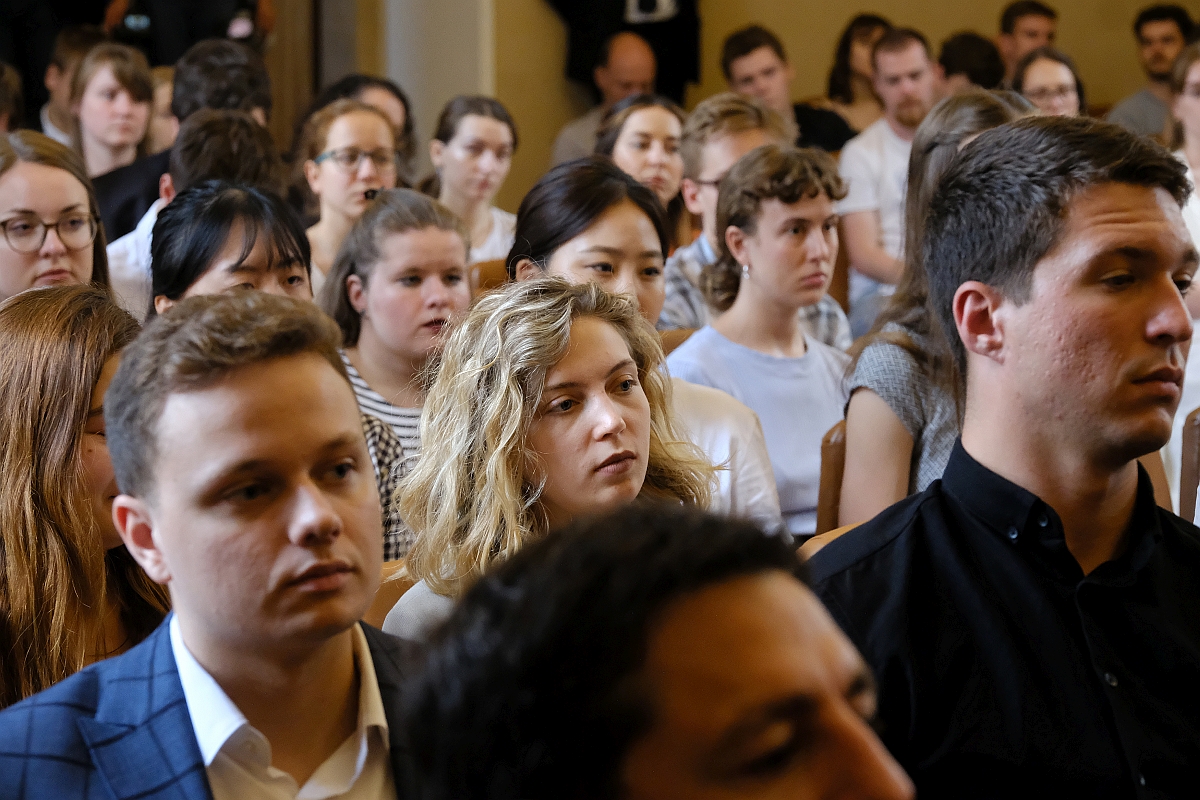 And it was precisely many of those kinds of questions that students and others fielded over the course of the hour, parsing what had changed when it came to the future of Europe, how serious the energy crisis would get, how a greater interest and involvement in the democratic process in the EU such as voting could be boosted, how serious the commitment to Ukraine was. There were no easy answers and, as Metsola said, no one-size fits all solutions. A case in point: for Austria or Luxembourg nuclear power will never be an option, while elsewhere, for other countries, it clearly remains the only one. 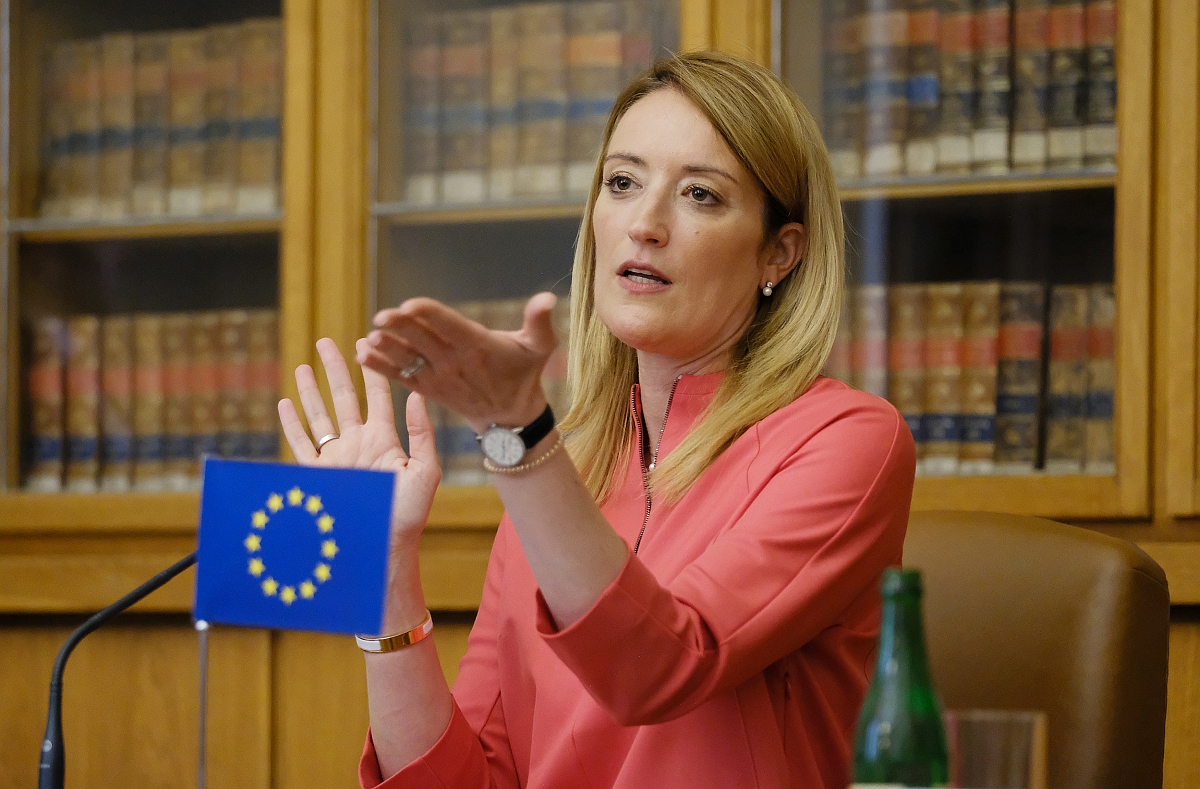 This is what it's all about

At the same time, she emphasised that if nothing else this is what the European Parliament was about: debate, discussion, compromise, searching for a common ground to find a consensus, to clinch majorities to deliver solutions (which then still had to be presented to the European Commission). Messy, maybe, difficult and time-consuming? Amazingly so.

But many students Forum spoke with after the debate said they felt there was nothing we couldn’t face.

JV: What was it like for you to be able to see and hear the EP president and how did you feel about the magnitude of some of the issues discussed?

Aleš Fajstaver, student at the Faculty of Law: “It was amazing to be able to see the president of the European Parliament here and for her to spend time with us. That’s an incredible opportunity that doesn’t happen every day. It was great to see how she thinks about the EU, it’s future, and about us as citizens...

JV: How did you feel about some of the issues?

“I am always optimistic. Where this a will there are solutions and after today I am optimistic we will find solutions. Of course we have to find something everybody will be okay with, not happy, but okay. It’s a democracy and we have to compromise. Where there is a will, we will always succeed. That’s the thing.”

Miloš Ulrich, student, Faculty of Arts: “I agree that it was great and I think it’s important that we build trust in European institutions. Crises that we have seen will I think help us work or stay more closely together and make us aware how valuable the fellowship we are a part of really is.”

Dahye Choi, student from South Korea on a scholarship in Czech and business administration: “Watching this debate was an honour. It made me think about climate and energy in general as well as in my home country, South Korea… It was motivational for students I think. Obviously this was about the EU but it made me think about some of these issues at home.” 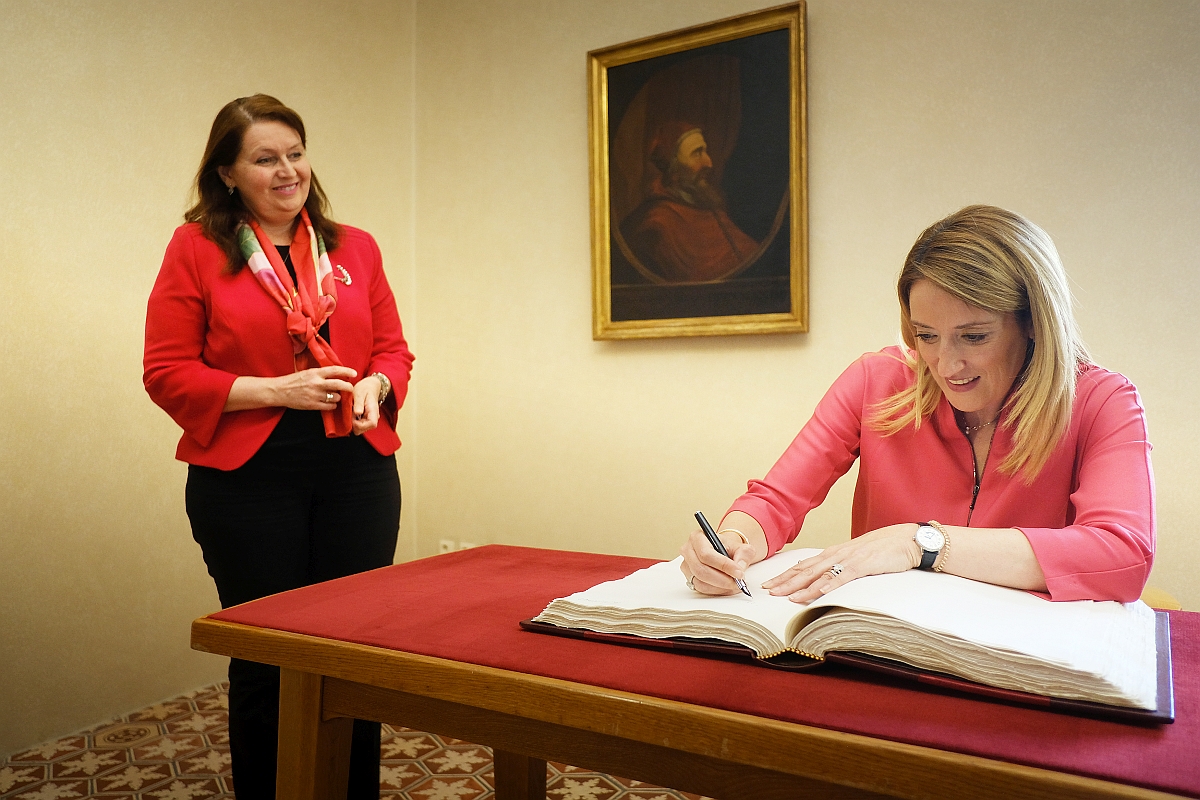 The Czech Republic will take up the presidency of the European Council on 1 July. Over the next six months, look for related events at Charles University and at Forum magazine. 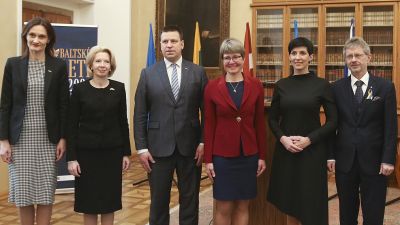 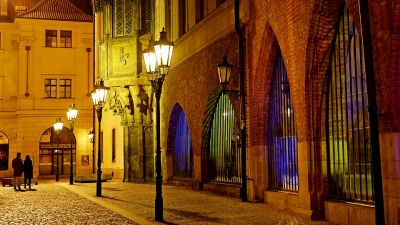 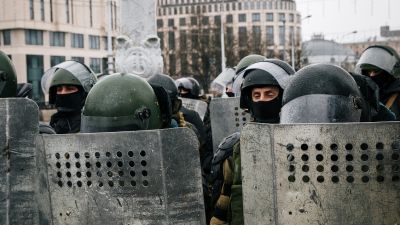 Historian: Belarus is in the grip of a new 'Normalisation'