Italian scientist Alessandro Testa has already written four book-length monographs. The works focus on different topics, such as on the relationship between ancient myths and modern mythology, public rituality, and the history of religions. In addition, the scientist is an active editor and also the author of studies in renowned journals such as Folklore, Method and Theory in the Study of Religion, and Social Anthropology. 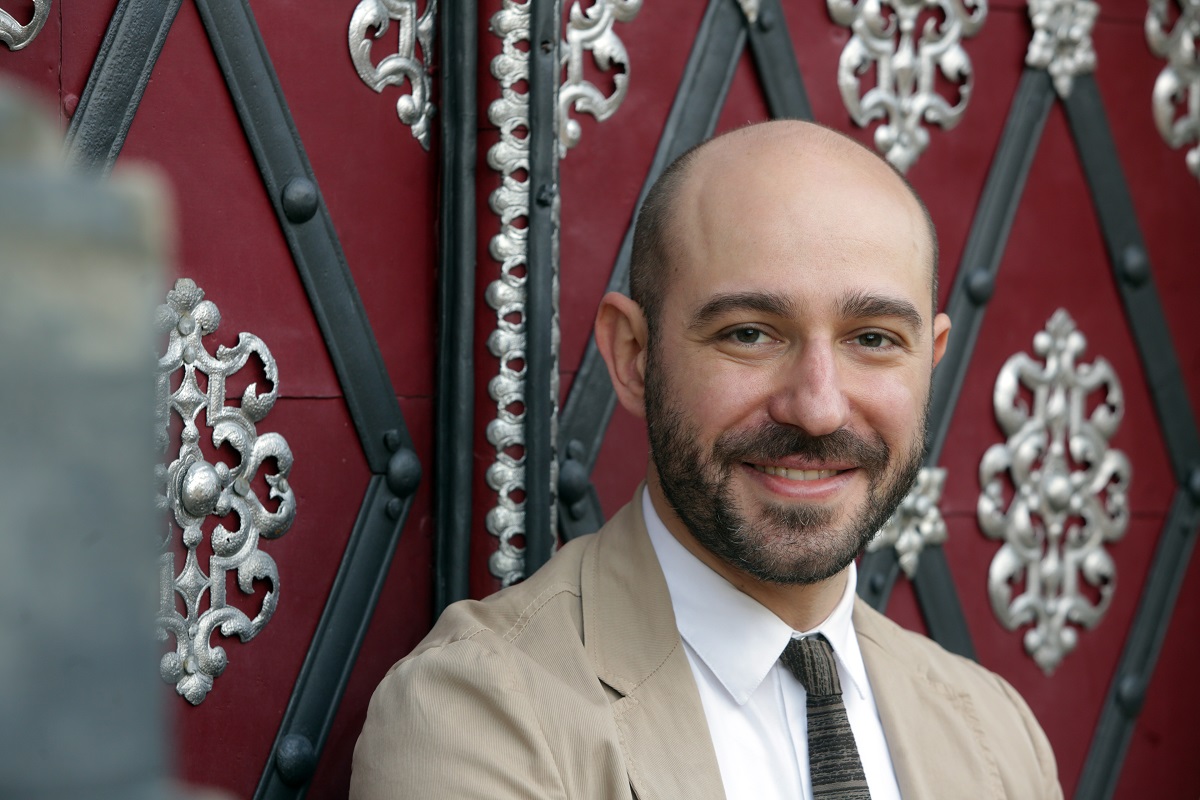 Testa’s erudition, diligence and ideas have now been awarded with a prestigious ERC CZ Starting Grant, which is the Czech version of support from the European Research Council (ERC) for outstanding applicants. Although Testa got high marks from the committee in Brussels, there wasn’t enough funding left in the demanding competition to secure his project. Testa’s research project, called “The Re-Enchantment of Central-Eastern Europe,” received CZK 12 million (around EUR 435 thousand) from the Czech Ministry of Education for two years, with the obligation to compete again for other international funding – especially the EU’s ERC grant.

Charles University won three ERC CZ projects in total; in addition to Testa, the theoretical mathematician Zdeněk Dvořák of the Faculty of Mathematics and Physics won one, as did ecologist Marek Stibal of the Faculty of Science.

“People confuse ERC and ERC CZ quite a lot. The interview before the commission in Brussels, a kind of ‘executioners’ squad’ of more than 20 experts, who have also read about 10 external opinions and who carefully considered every word I said, was very stressful and mentally draining,” Testa says today – although now with a smile – now that he has a rich career and a number of successes behind him.

Teamwork in archives and the field

What will his two-year project deal with? “My project examines religious phenomena that are re-emerging in the countries of so-called Central and Eastern Europe. Put simply: I’ll be interested in religiosity in the Visegrad countries and eastern Germany. I don’t necessarily deal only with forms of official religiosity such as Christianity, for example, but with various alternative cults and new religious movements. I’d like to capture a broader picture in comparison with more countries, and how the situation has changed after the fall of the communist regimes,” Testa says.

His ambition is to capture the reasons and effects that are part of religiosity, but which have not yet been sufficiently taken into account. As a trained historian, religious scholar and anthropologist, Testa has extensive experience with revealing the subtler layers of religiosity through historical and ethnographic methods. The methods include field research, participant observation, guided interviews and research in archives, as well as the collection of other written materials, such as gray literature. There is a wide range of sources. The scientific team plans to purchase software for data analysis as well as necessary books and documents.

“The key task will be to study and understand the reasons for the return of spirituality or the general cultural conditions and motivations that made it possible for Central and Eastern Europe to rediscover this phenomenon, and to understand the historical and societal factors that underlie this social transformation,” Testa says, explaining that he has the Czech Republic, Slovakia, Poland, Hungary and eastern Germany in his sights. A five-member team will take care of this: in addition to Testa, there will be an additional three doctoral students from an international selection process and one postdoc, most likely from a Czech university. “The postdoc will be my right hand,” Testa adds. Although the sympathetic globetrotter has worked at the Faculty of Social Sciences for more than a year, he fell in love with Prague long ago. 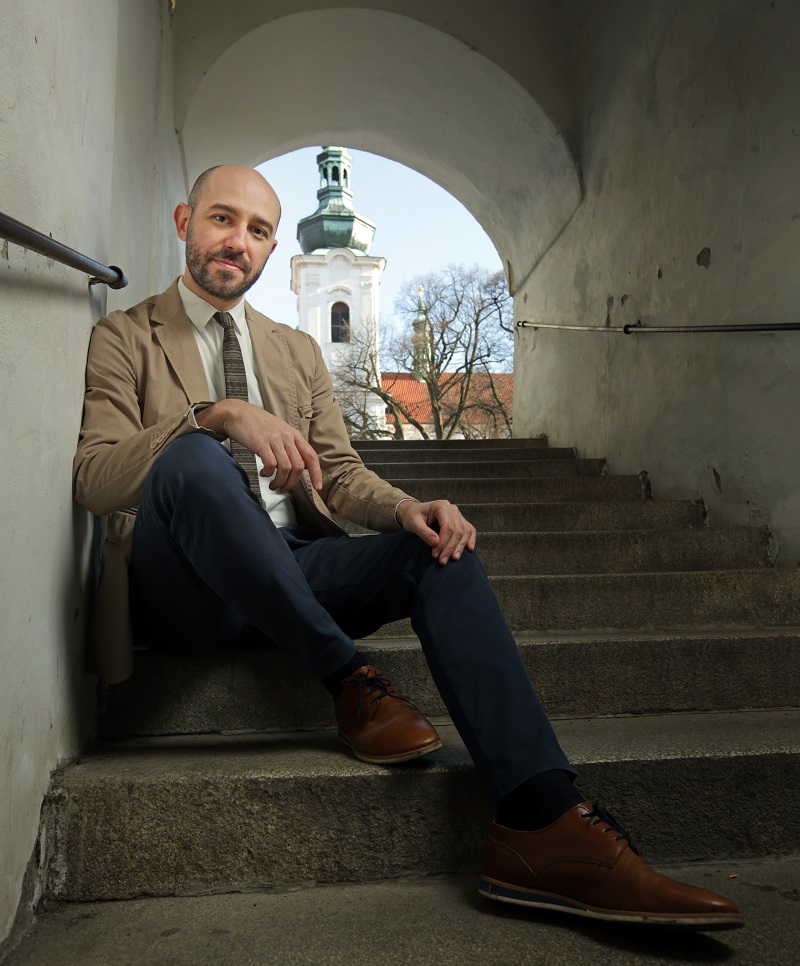 A longtime passion for Prague

Testa visited the Czech metropolis for the first time in 2002. During his studies and academic activities, he then visited worked in Spain and France (at the Sorbonne), but also went to Estonia, Iceland and Vienna, where he worked at various universities. In the meantime, he spent two years as a postdoc at the University of Pardubice (2013 to 2015). Why Pardubice? Testa explains:

“That was a bit of a coincidence. A couple of days after my doctorate, I received an offer from eastern Bohemia, to Pardubice, and I said to myself, ‘Carpe diem. Try it.’ It’s a nice enough region, but close to Prague, which I fell in love with,” Testa recalls. He was also enchanted by eastern Europe; he lived in Tallinn Vienna in the following years.

What enriched him the most? “It’s extremely important for researchers, especially at the beginning of their careers, to expand their horizons as much as possible. Living and working in different countriesIt helped me enormously. I learned seven languages – we could have done this interview in Czech as well, but English is more accurate for expressing myself. Absorbing knowledge in different places countries is invaluable. I saw have been exposed to various scientific environments, approaches and so on,” Testa says. In his spare time, he likes to listen to the group Dead Can Dancedifferent kinds of music, and loves literature, cinema, and art. He isn’t the kind of bookworm scientist who lives only in the lablibrary or the archive: he swims and also plays tennis. 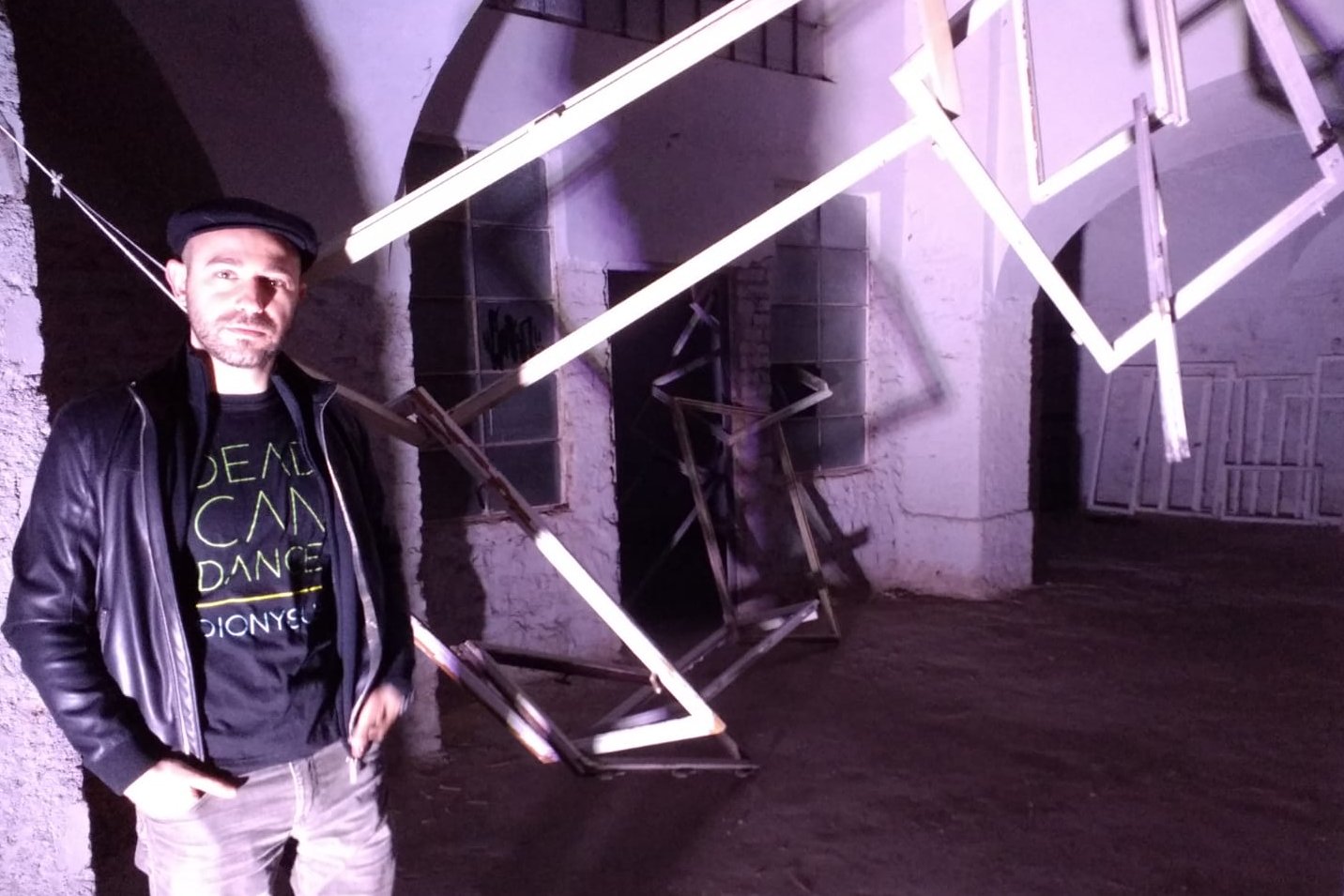 He praises Prague and his work at Charles University. “There’s a good ratio between quality of life and enjoyment, and working infrastructures. I’m very content and satisfied here. Students rate my courses well; I have enough time to write and publish, and I’ve got interesting opportunities for national and international cooperation. I want to be worthy of this new opportunity here. I also have a lot of friends in Prague. And of course, the secret reason is the excellent beer. During the months of lockdown, I was extremely disappointed because I couldn’t go with my friends to the pub!” he laughs, switching to fluent Czech.

Epidemics as an opportunity for creativity

The Covid-19 pandemic hasn’t threatened his project, luckily, or at least so far. Limited mobility is devastating for science, but nevertheless, the ERC CZ plan will start within the next few months, and field research is planned for the end of the first year. “There’s a pretty safe time cushion. But the doctoral students should come for interviews next semester, so I believe that what President Zeman said – about the borders being closed all year – isn’t going to happen,” Testa says.

“Fortunately, my family is ok. The region I come from, Molise, is the least affected in the entire country. “I’m using the current quarantine as a sabbatical and I’m concentrating on writing,” Testa says. In a couple of months, another book will come out with the Routledge publishing house:“Ritual and Social (Dis)Order: A Cultural History of Popular Carnival in Europe,” which will be the first comparative historical-anthropological study in English on carnivals in Europe. 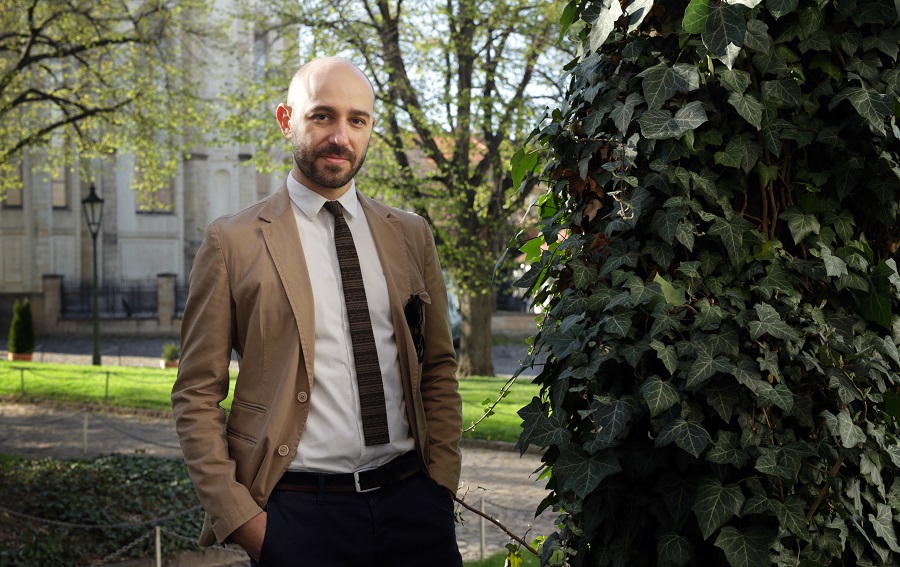 Another book should be borne from his research on Central Europe. “Let’s hope that a lot of publications will be created from the ERC CZ project, but in research you always take a risk because you don’t know how the research will end. But there will definitely be a book, articles and a conference. In addition, I’d like to get the acquired knowledge to a wider audience – at lectures, events in museums and the like. My ambition is to advance knowledge not only among scientists and experts, but also among the general public,” Testa concludes.