The Channel Islands are located in the English Channel and what is special about them is that most have retained their original Norman language. The island of Sark has one of the islands’ four variations of the language, Sark Norman or Sarkese, which is still spoken by just four people. Martin Neudörfl, a Czech student from the town of Český Krumlov, has embarked on documenting this exotic language and revitalizing it. He even plans to teach the language in a local elementary school. 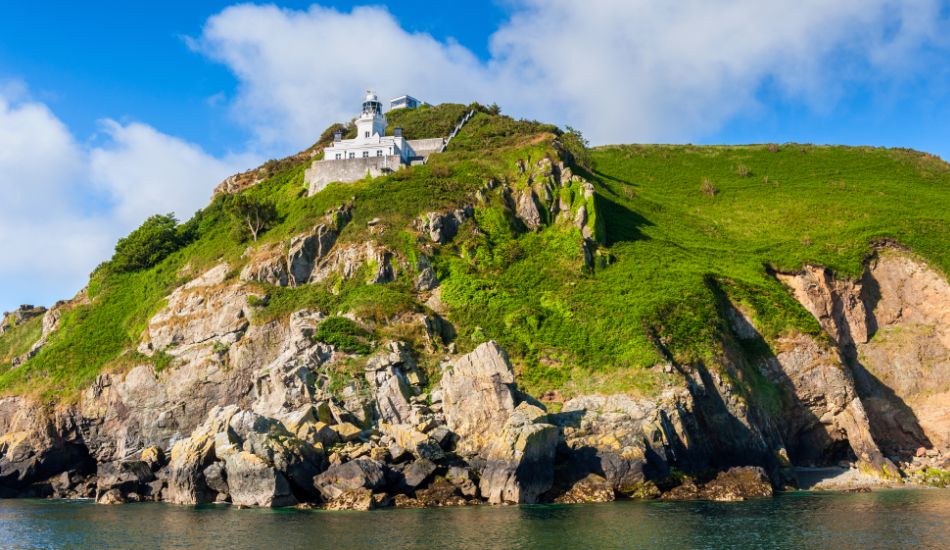 Do you remember when you first heard about the island of Sark?

I was 16 and at the time I was studying at a middle school in England. My history teacher mentioned the Channel Islands and the language – which after the Norman conquest of England influenced the further development of English. Since even at that time I could speak English and French, I was attracted to the idea of studying Norman. I went to university with the aim of specialising in this but my Bachelor’s Degree covered a different theme about spoken French. My thesis offered me the opportunity. I sent off an email to the Channel Islands administrations saying that I would like to take part in the documentation and revitalisation of Norman. The first to reply the next day was the island of Sark, saying that they were very interested in my project (Editor’s note: the other islands are Guernsey, Jersey, and Alderney). So, it was settled.

The island of Sark was in the biggest need for the language to be revitalised, having the fewest number of people speaking the original Norman out of all the islands…

That’s apart from Alderney, where the fourth local version of Norman – Auregnais – died out in the second half of the 19th century. Out of the approximately 400 permanent residents of Sark, four native people now speak Sark Norman, plus myself. Besides these, there are many so-called “semi speakers”, or “half speakers”, who can understand and can grasp most of what’s being talked about. Then there are many people I met who can say at least a few words or phrases. Practically everyone, though, is able to swear in Norman.

What was involved in documenting Sark Norman?

Probably the most basic problem for me was coming to terms with the fact that I was a sort of referee who was deciding how a word should normally be pronounced. French today has a big influence on the language of the native speakers due to the period when the language was intensively propagated. But in the original Sark Norman the words sounded different. And so it fell to me whether I codified the pronunciation according to the latest variation or opted for the second possibility of how the word would sound if there was no French influence. I have not personally fully resolved the question for myself. Younger people, who can’t speak Sark Norman or just understand it, are more attracted to the old pronunciation. But the last speakers understandably want to retain the pronunciation they are used to. It has been necessary, given their engagement in my research, to respect their wishes. But in the future both possibilities must be taken into consideration. 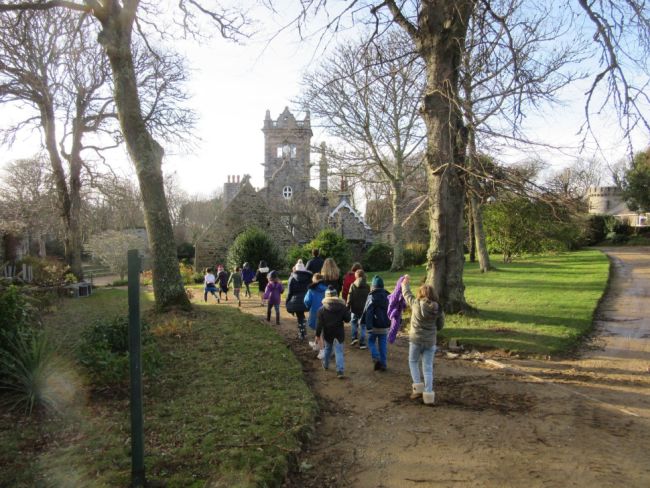 Where did you yourself learn Norman?

I had the basics from specialist literature and eventually taught myself on the island during my consultations. If you have been taught languages and have a feeling for foreign languages and are attracted to the problems of spoken language, then it’s not too difficult. Looking back, it helped a lot that I had spent a lot of time on historical spoken French. French and Sark Norman belong to the same language branch, though Sark Norman has retained a lot more of what French has gradually lost over the last centuries – particularly with regards to pronunciation.

Did you understand the people you consulted without any problems?

Yes. It was important to know how to work with people and to empathise with them. And the biggest help was being able to approach this foreign community through an intermediary who was respected by the local community. The people I talked to on Sark were elderly people. I spoke to them initially in 2016. At that time I did not have that much information and was pleased to get anything that they could give me. On the second occasion, in 2018, I had to go into more detail and discuss with them, for example, the conjugation and declension of words. They eventually told me everything I needed to know. But the process was very exhausting for them, given their advanced years.

Originally, they were mostly fishermen and farmers. After the Second World War many new inhabitants came from England and there was a reorientation towards tourism, which is now the biggest mainstay. From a Central European perspective, they earn quite a lot of money. But the tourist season on Sark lasts only a few months and the cost of living is very high. The islanders have to survive for the whole year on the earnings from the summer tourist season and the period when they can catch lobsters. In such circumstances, they cannot save much at all. To go into details, my three-week stay there cost around 70‚000 Czech crowns and I certainly was not a big spender. In this respect, I am very grateful to Charles University’s grant agency because without support I would not have been able to continue with my research.

Were the local people surprised when a Czech came along and spoke Sark Norman better than the majority of them?

I was very fortunate in the fact that everybody was very helpful towards me. However, in the beginning they were suspicious. They were not certain that the time they gave me would amount to anything, as was the case with previous research carried out. The people I consulted were willing to pass on part of the linguistic heritage primarily because they believed in trying to save their native language that was only spoken now by a handful of people. 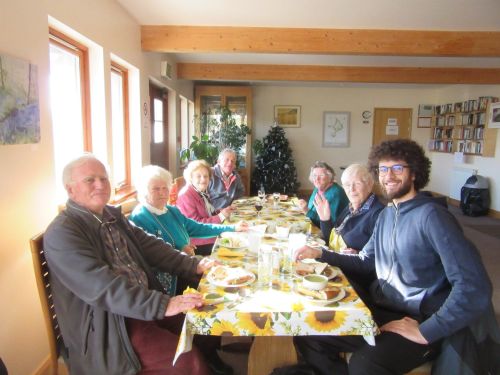 And that’s the reason you decided to teach Sark Norman at a local elementary school?

Exactly. I’d like to prepare the structure of the lessons this year and then begin teaching the children by Skype. It’s likely to be a few hours a week. The goal is for Sark Norman to become the second language after English that’s taught, and for it then to become the gateway to French. A big plus is that not just the children but also their families and school managers are in favour.

During your second stay on the island you gave an hour-long lesson. How did the children react to you?

I was very nervous because I was aware that Sark Norman had last been heard in a school environment at the start of the 1970s. Back then, the children rehearsed a piece for the theatre in Sark Norman. I told myself that now I would be happy at the end of the hour if they could just say “Good Day”. But I was completely astounded by them because after a while they were able to perfectly pronounce and repeat everything that I said. One young girl was eventually able to put together four sentences on her own, one of which included “Can you pass me a piece of bread?” which she remembered from her grandfather because that was what he asked her as part of their daily routine.

Weren’t the adults sad that it took a Czech student to come and teach their children the language of their ancestors?

They were mainly disappointed that their parents had not taught them Sark Norman. At first, the last remaining speakers would not admit it but later when I spoke to them at length I started to understand what had happened. It was a classic situation that has occurred in similar circumstances elsewhere and is described in books: when the children started to go to school they were laughed at by the others because they did not know normal English and had a “bad accent”. After that experience they just spoke English to their children to spare them embarrassment. Fortunately, they still spoke Norman with the older inhabitants and their own age group so that the following generation at least heard it. These people are now in their 50s and 60s – the “half speakers”. 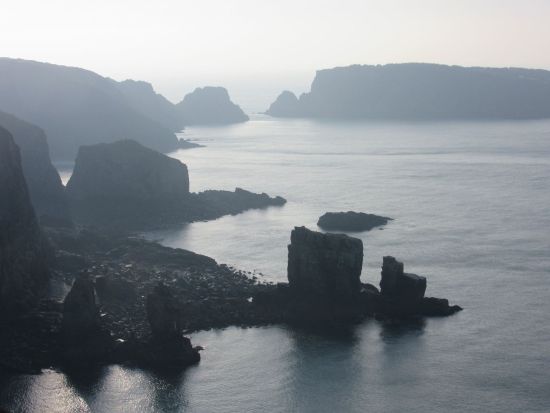 You have succeeded in the Norman language on Sark and as part of your Doctoral thesis you are working on Sark Norman grammar. What comes next?

Thanks to the university grant I am planning two additional research visits so that I will have sufficient data to publish a normative-grammar and from which modern exercise books and dictionaries will be derived. Before that, of course, the codification of written Sark Norman should be completed, which is one of the biggest remaining tasks. I have uncovered one surprising connection between Sark Norman and my homeland. Every one of the Channel Islands has a nickname for its inhabitants. For Jersey, it’s the toads, for Guernsey the donkeys, and for Alderney the cows. For Sark it was originally the ravens – a reference to the birds that robbed grain from the cultivated fields. But after the war, the fields were fallow and populated by rabbits, which is the new nickname. I come from Český Krumlov and we also had our own nickname – it would be jackdaws in English – but that has disappeared now. And we also had our own original language – Šumava Bavarian. I know of three people who are able to speak it fluently. I would also like to document the language of my own ancestors that is disappearing practically in front of my nose. That’s unfinished business for me.