on winning gold, horseback riding and her fearsome left kick 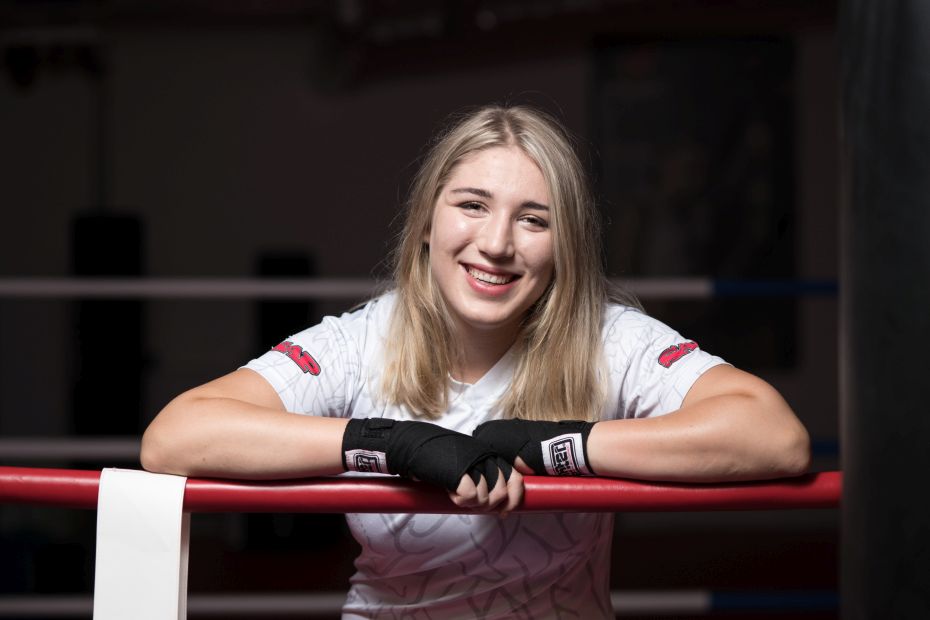 We caught up with the second year student at the Faculty of Physical Education to ask about the sport, physiotherapy and her secret weapon: her left kick.

How did you get into the sport?

I got into kickboxing largely by coincidence. One time, I went to the gym with my mum, and ended up meeting a trainer who suggested I might want to try kickboxing; I took his advice and fell in love with the sport.

Had you done anything similar before?

No, it was something completely new. I had done horseback riding before and this wasn’t even remotely similar. I was 14 when I began and I have been doing it for six years now. But that’s not a long time when it comes to this sport.

I usually hear two things from trainers, regardless the sport, and I was wondering if they are true: one, you should start as soon as possible and two, that you should do as many different sports as possible because things only crystalize when you are in your teens. Which do you think is the case?

I would say that kickboxing is a sport you can start any time. You can start at 20 or as a kid: it doesn’t matter. I know of many fighters who began in their 20s and are successful. As for the second question, I think it is good to try as many sports as possible if you can: that way you can settle on one that really fits your style.

When you begin learning kickboxing is there a set of starter moves?

The first thing that beginners have to learn is how to punch. Different punches are the easiest thing to learn in the sport. Then you begin learning how to kick, which is a lot harder. There you need to learn technique combined with strength and there are many moves you have to master. That’s a lot tougher.

How do things work if you are serious about the sport?

You have lessons where all the fighters train together and then you have individual lessons where you focus on certain skills and things that need to be improved.

Is there a punch or kick or move that you are known for?

I have a good left high kick. That is my speciality. 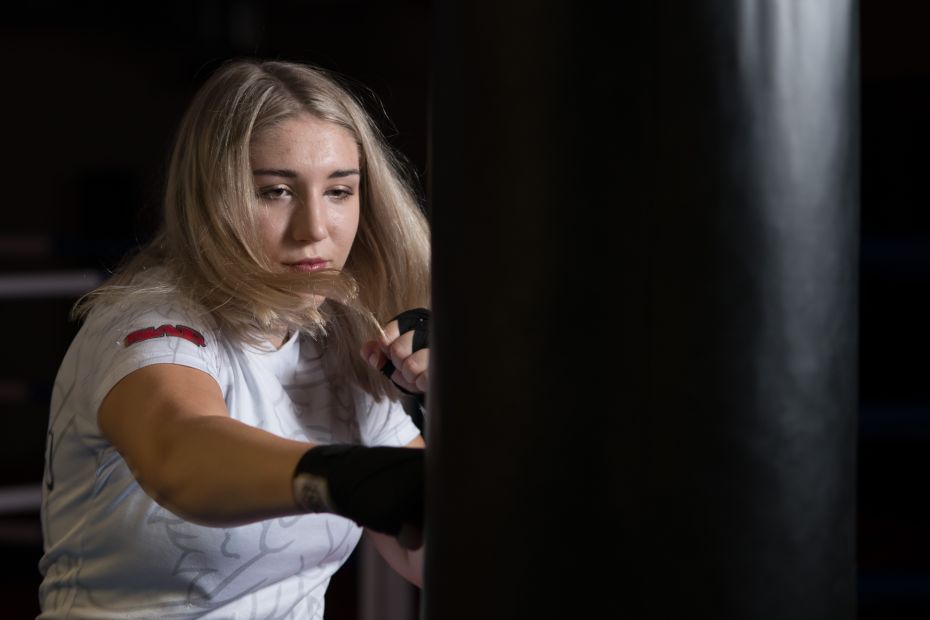 The opposing fighter’s coach would tell his or her students watch out for Cvingerová’s left kick… if they have done their homework.

You won gold in at the European Universities Combat Championships in the LC Women +65 category (light contact) and the bronze was in point fighting. What is the main difference in the disciplines?

The LC Women +65 category is a continuous fight where you can hit above the waist and you shouldn’t use full power. It is light contact, but sometimes you can get carried away in the heat of the moment. It’s up to the referees to notice. Point fighting is completely different and actually I don’t usually compete in it. But we decided to give it a shot and the bronze was the result. Point fighting in kickboxing is similar to karate: the goal is to get points for moves and technique; whoever picks up more, wins the match.

Kickboxing, I read, is derived from different martial arts but the categories are a little confusing…

Yes, we have six disciplines: three half-contact and three full contact and full power. Full power is in the ring. You have disciplines that permit kicks only above the waist and then where you can kick below - low kicks at your opponent’s legs.

And you wear protective head-gear?

Did your parents have any worries about possible injuries?

Compared to horseback riding, no. My mum was always worried I would fall off the horse and break my neck. My brother? He does extreme sports: downhill mountain biking.

With the full-face helmet and body armour…

Yes. That is a dangerous sport. My mum doesn’t watch my fights live but on video afterwards. And my dad? He’s my biggest fan. As far as injuries are concerned, I’ve never suffered anything major, just some bruises. People might think it’s a dangerous sport, but it isn’t. 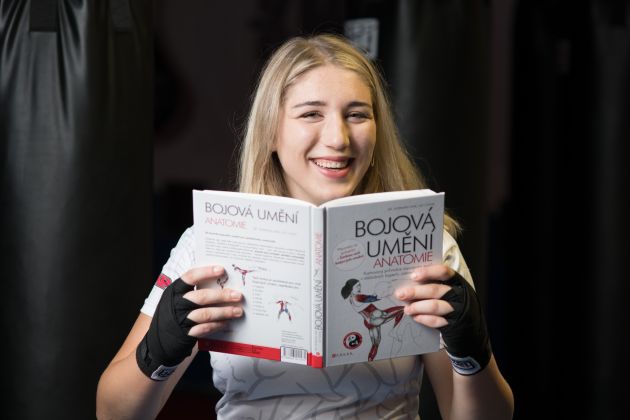 How often do you train to stay at the top of your game?

I train twice a day, five days a week. We have strength training, technical training, sparring, in short, a lot of things to do. When I have a bit of time off, I usually spend it with friends I otherwise don’t get to see much. I also love travelling, being in nature, and discovering new places.

This year’s university championship was held for the first time, right?

Yes. Even so, I knew some of the other competitors from before. But we met for the first time in this competition.

Take me back a little to the gold medal match, to the final. Did you know your opponent?

I did: her name is Elizabeta Crnković and I had fought and lost against her two years ago. I knew her style and I knew it would be a tough fight but I really wanted to win. It was close but I was able to pull it off.

In kickboxing, is there such a thing as a technical knockout? Because you are scored on points.

Yes, a TKO is when you have 15 points or more than your opponent. 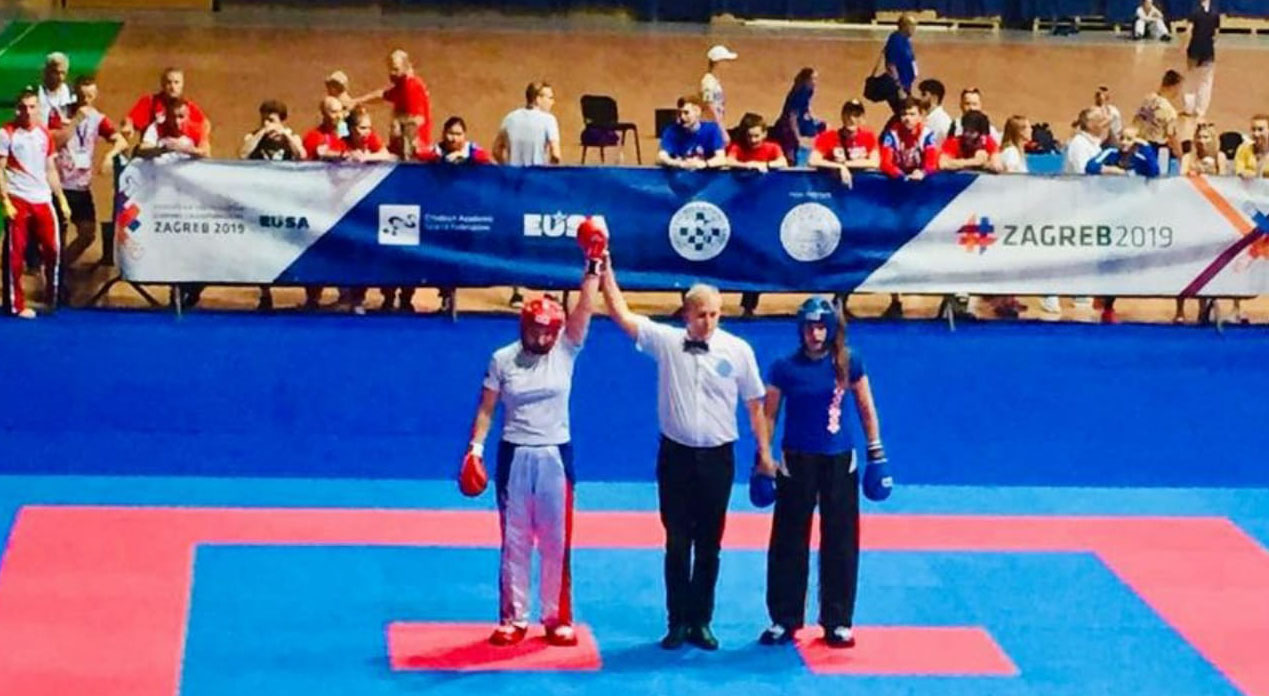 And how close was the final?

I won by two points. So really close. She congratulated me on the win afterwards and we are both looking forward to next time.

By the way, do you wear make-up when you fight? I read that some women do and some don’t…

I don’t. When you sweat all of the make-up comes off or gets blurred and by the end I would look like some kind of witch. That would be horrible. Some girls use makeup even when they fight: some just want to look good at all costs.

How does kickboxing fit within everything or fold into what you are studying at the Faculty of Physical Education and Sport?

In general, everything comes together quite well. There are different sports that you have to take part in and if I did only kickboxing I think I would go a little nuts over time (laughs). This year I also began studying physiotherapy, so I am basically studying two fields.

Does that mean you will take kickboxing as far as you can in competition and maybe later also have physiotherapy or work as a trainer?

I want to be a trainer but there’s no question it is hard to make a living as a kickboxer. I am very interested in physiotherapy and helping other sportsmen and women. I think that is a great job.

And you have pupils already, right? Children ages five and up?

What do the smallest kids expect? Or their parents? What do they learn how to do?

We play games as a way of learning, I teach them basic punches and kicks. It’s certainly not anything like hard-core training. The aim, first and foremost, is for the kids to have fun. 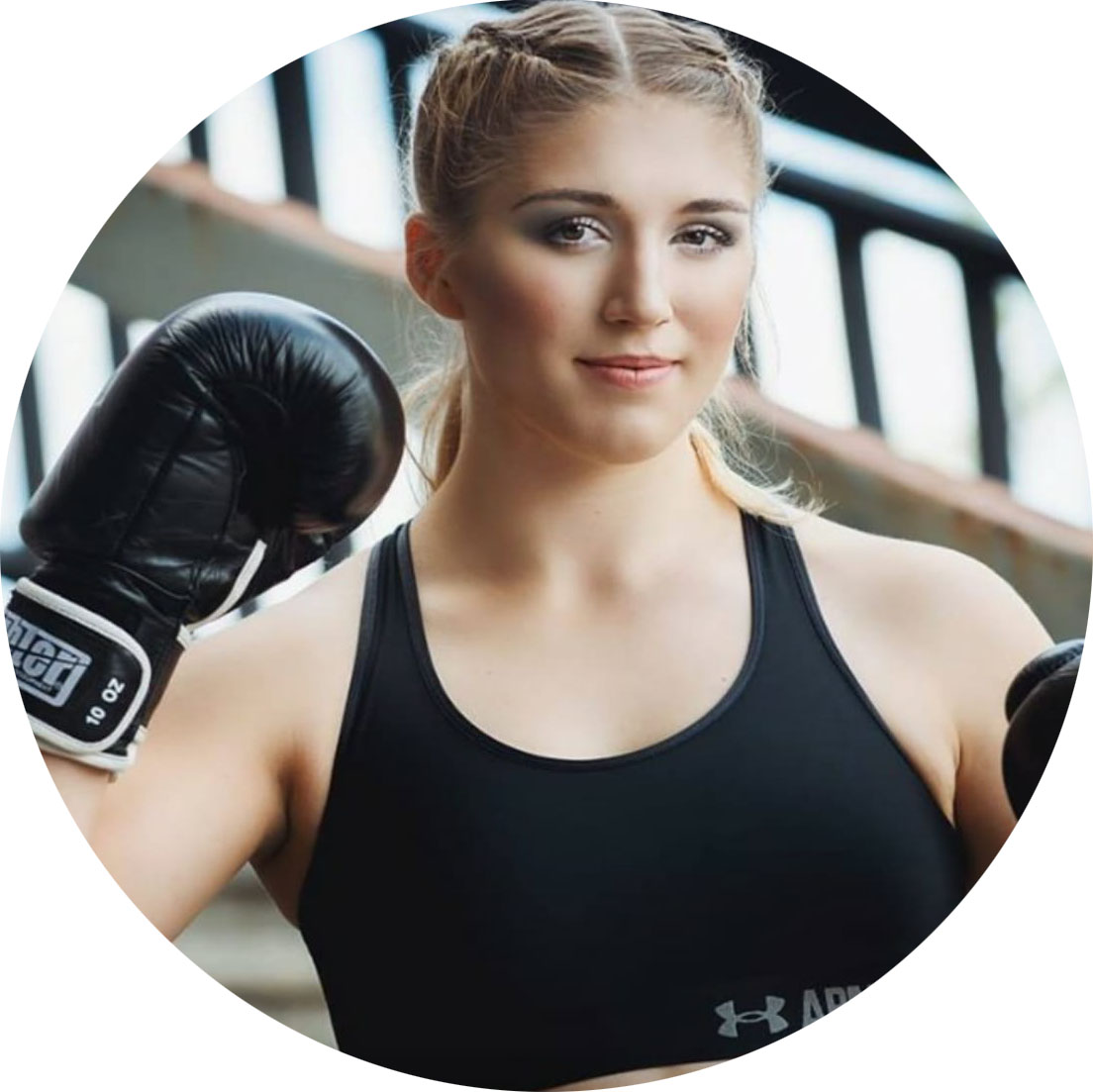