On VR and innovations in medicine

Ivana Schnur graduated from the First Faculty of Medicine at Charles University and thought she would focus on pain management in oncology. But despite a few detours and “twists of fate”, she instead co-founded and runs Sensely a few years ago – a company that develops artificial intelligence to make nurses' and doctors' jobs easier. 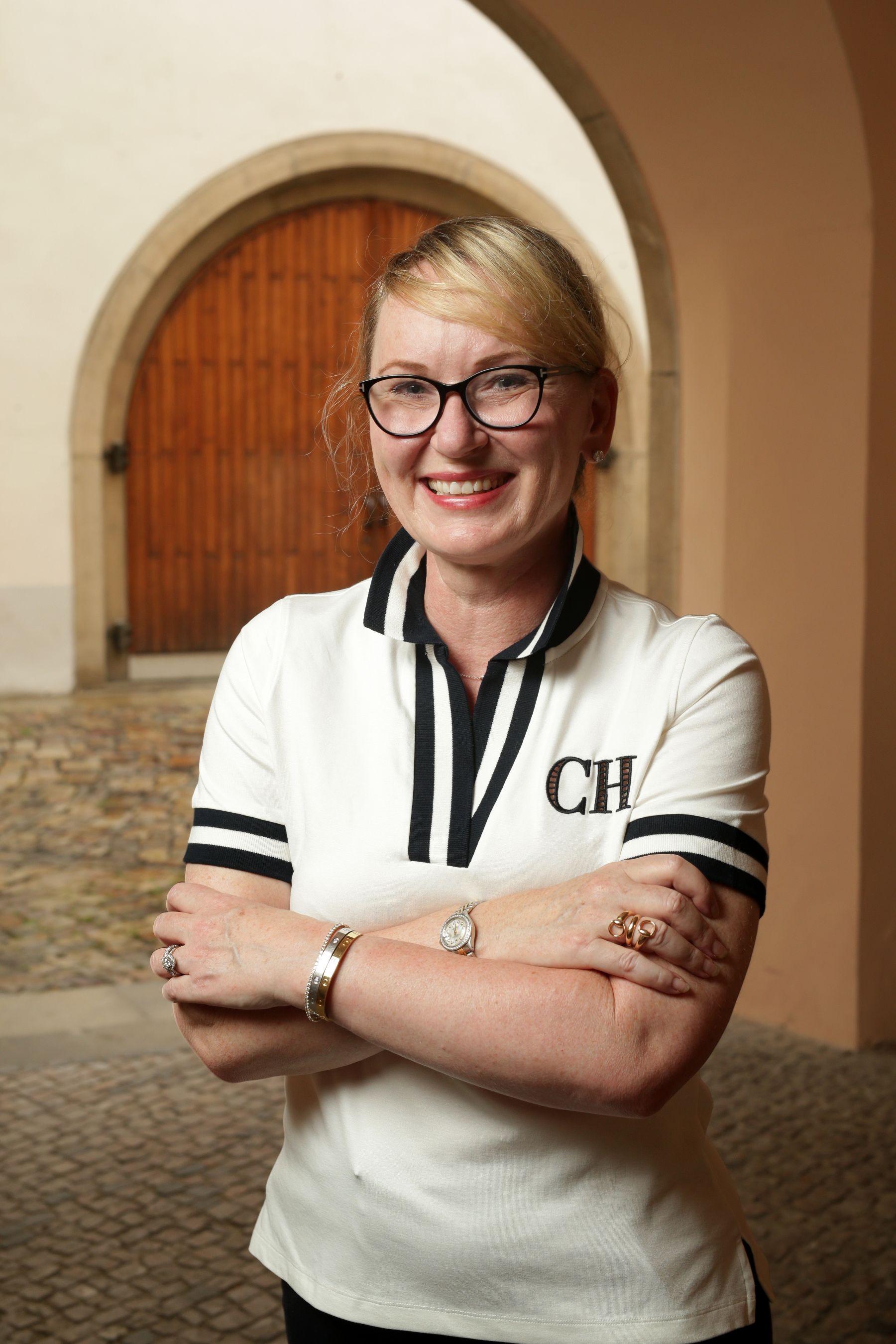 “My medical studies began with the 1989 revolution. I was at the fateful November demonstration, and for a while I was on the students' committee, but I had to give that up and devote myself fully to my studies because my parents wanted a doctor, not a revolutionary (laughs). In the early 1990s, we were invited to do an internship at Harvard, and I was fascinated there,” Ivana Schnur recalls the beginnings of her remarkable career.

What's more, she was also charmed by an American and married him in her fourth year of medical school. “I still remember learning pharmacology – the whole phone book of drugs... He was studying humanities and didn't understand that people had to learn things by heart and that there were oral exams,” Schnur laughs today. “After that, I alternated between studying in the Czech Republic and in the US – we planned that when I finished school, we would go to the United States to finish my residency. But I got pregnant unexpectedly. I found out two days before graduation.”

The graduate and her partner did go to the US and their son Daniel was born, but life changed the young doctor's plans again. “While moving from Washington DC to Chicago, I accidentally fell and broke my spine in three places and ended up in a wheelchair; paralyzed from the waist down. So instead of starting my career in the US, after six months in hospitals, I returned to , to Kladruby in the Czech Republic. I was there for three-quarters of a year with my three-year-old son. They got me back on my feet. And it took me another two years to walk again. Unfortunately, my marriage did not survive this ordeal,” says Schnur. She was faced with the question of what to do next. Return to the US as a single mother or stay in the Czech Republic?

The path to palliative care

“Becoming a doctor in the United States is challenging in itself, and as a single mother in a wheelchair, I didn't have a chance... So I decided to complete my Master's degree in palliative care so that I could work with cancer patients in hospices,” explains Ivana Schnur, who subsequently decided to go on to a doctorate in psychology.

Why? “I was interested in how people change when circumstances force them to. I myself have had to change my course several times in my life, and most of the time it wasn't that I was happy and decided to change. Most of the time it was something that didn't work out. What I have learned with hospice patients is that a serious diagnosis and the last epoch of life when one is looking at the end has a great transformative capacity. That fascinated me; I wanted to explore why other people – those who don't have a shattering diagnosis or are sitting in a wheelchair in Kladruby – can't do that,” Schnur recounts.

She decided to take an unconventional approach to her dissertation: film interviews with patients! “It made me think of all the wonderful films like Ostře sledované vlaky (the late Jiří Menzel Oscar-winning Closely Watched Trains) and others I remembered from my childhood, and how they draw you into the story,” she says. But the effect of the film only lasts a short time, so she was looking for a more intense experience... And she discovered virtual reality. 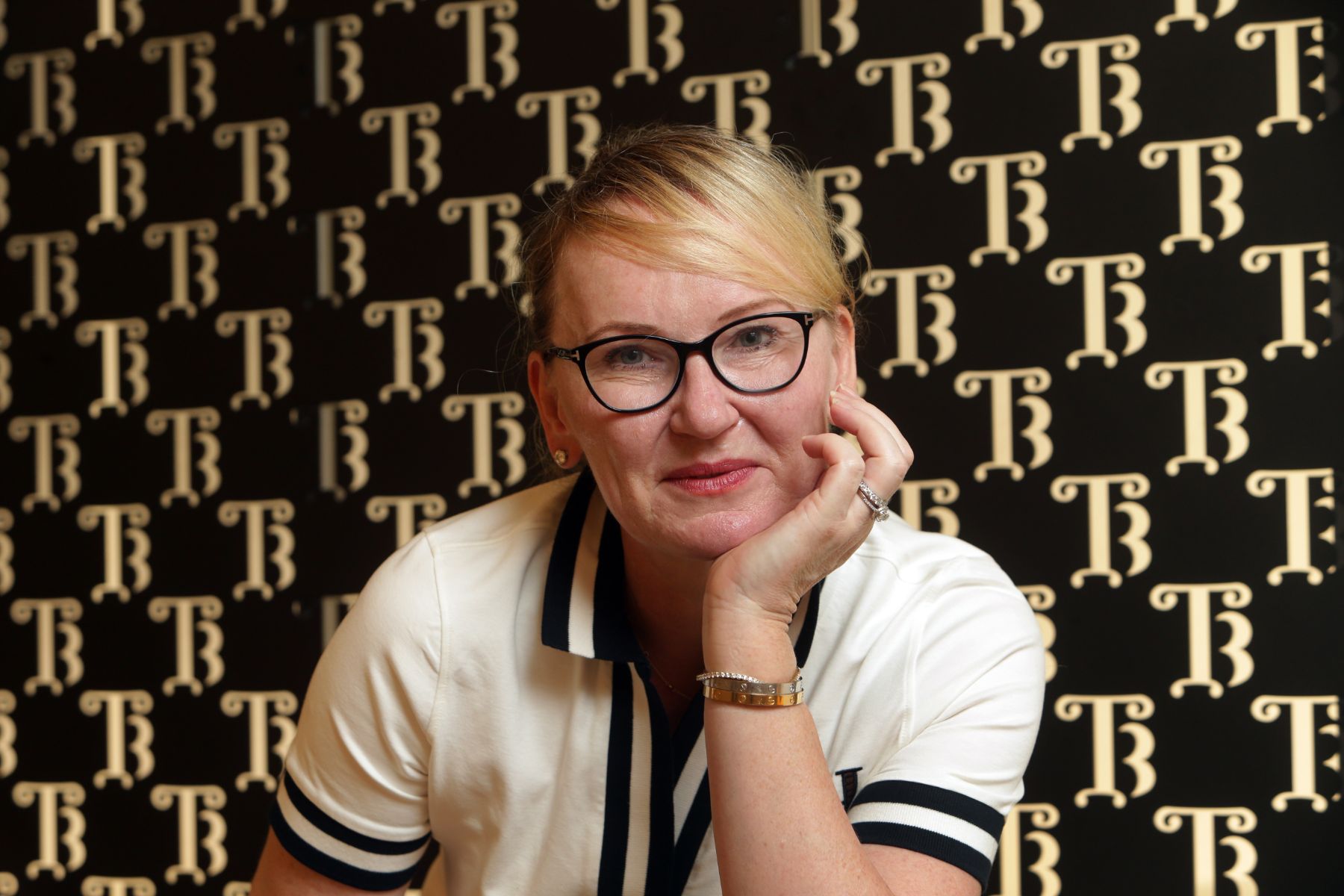 At the time, the idea of using virtual reality in medicine was the stuff of science fiction. But in California, she met a fateful partner, Walter Greenleaf from Standford, who believed in the connection from the start. They began collaborating on various projects, such as virtual therapy for war veterans to help them cope with war trauma. “Soldiers were given VR goggles, stood on a mat that shakes and simulates a tank ride, and caught the smell of gasoline or gunpowder, even though it's technologically imperfect and the soldier knew it was only an approximation, it was still enough to be 'back there'. It activates the subject's memories, which can then be worked with therapeutically. The first time you see a guy the size of a mountain sweating and shaking, you realise the immense power of this technology,” enthuses the innovator, who was inspired by virtual avatars to start her next project.

“My personal experience in American hospitals was not pleasant. Healthcare in the US is very commercialised and above all lacking in staff. That's why, also with the support of the Mayo Clinic, we developed the 'virtual nurse' – a digital avatar based on the principle of artificial intelligence that will make the work of a normal, everyday nurse easier. She doesn't have to fill out questionnaires, but can talk to you and add that 'human' component to the treatment,” says the co-founder of Sensely. 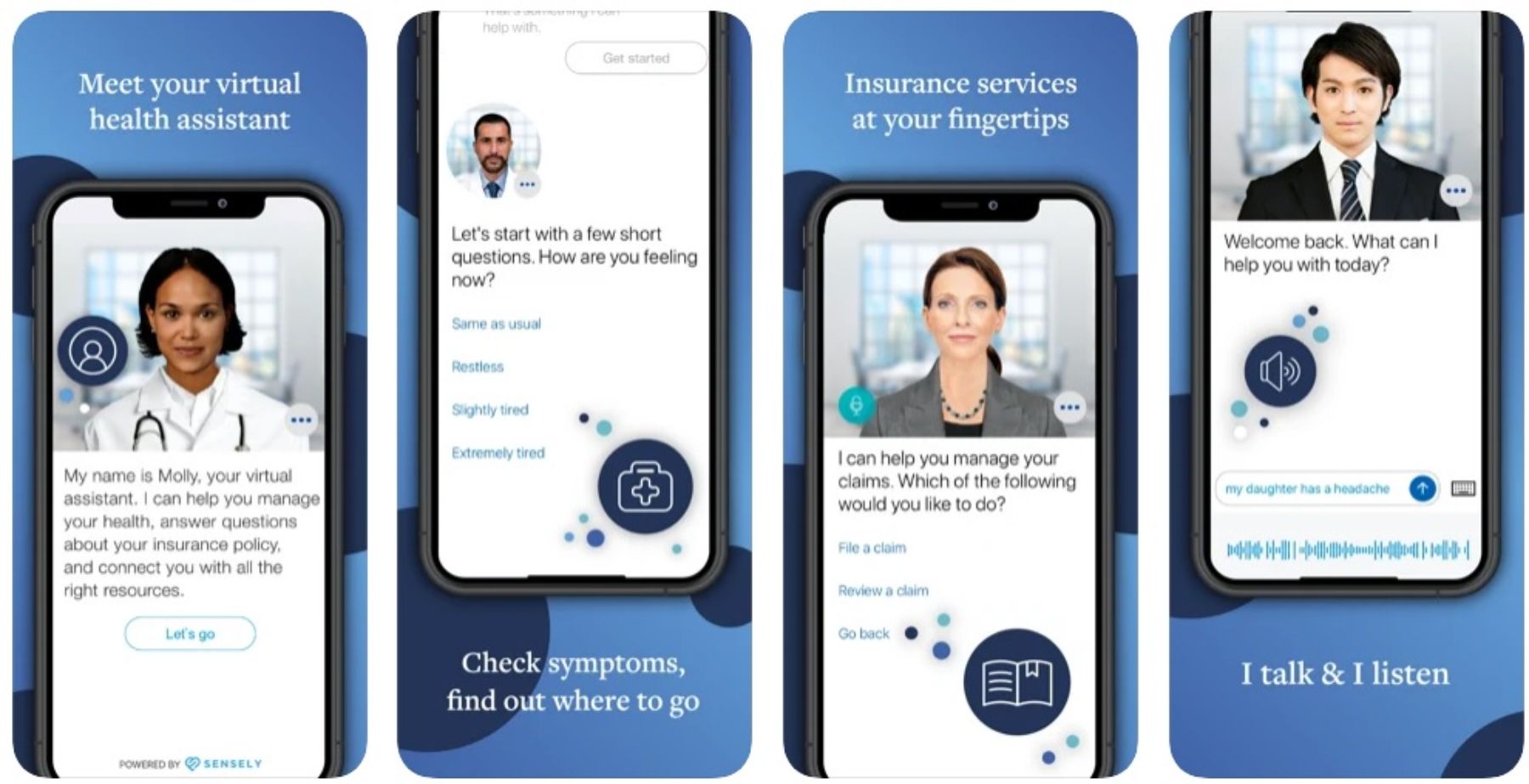 In Sensely's AI apps, patients interact with a virtual avatar that asks them about symptoms or monitors the progress of chronic diseases.

In practice, patients in the mobile app meet, for example, a virtual nurse Moly who asks them about all the symptoms of their illness and directs them to the right specialist. The second use is for continuous monitoring of chronic diseases, where this “virtual nurse” regularly asks about the current state or reminds about the pressure measurement and alerts the attending physician if symptoms worsen. The app is currently available in seven languagesall over the world: from the United States to Switzerland, Spain, the United Kingdom, Japan and China. “Ironically, the Covid pandemic has helped us. It has shown the power of technology, and because we are a small company, we have been able to respond quickly to current needs,” says Schnur. 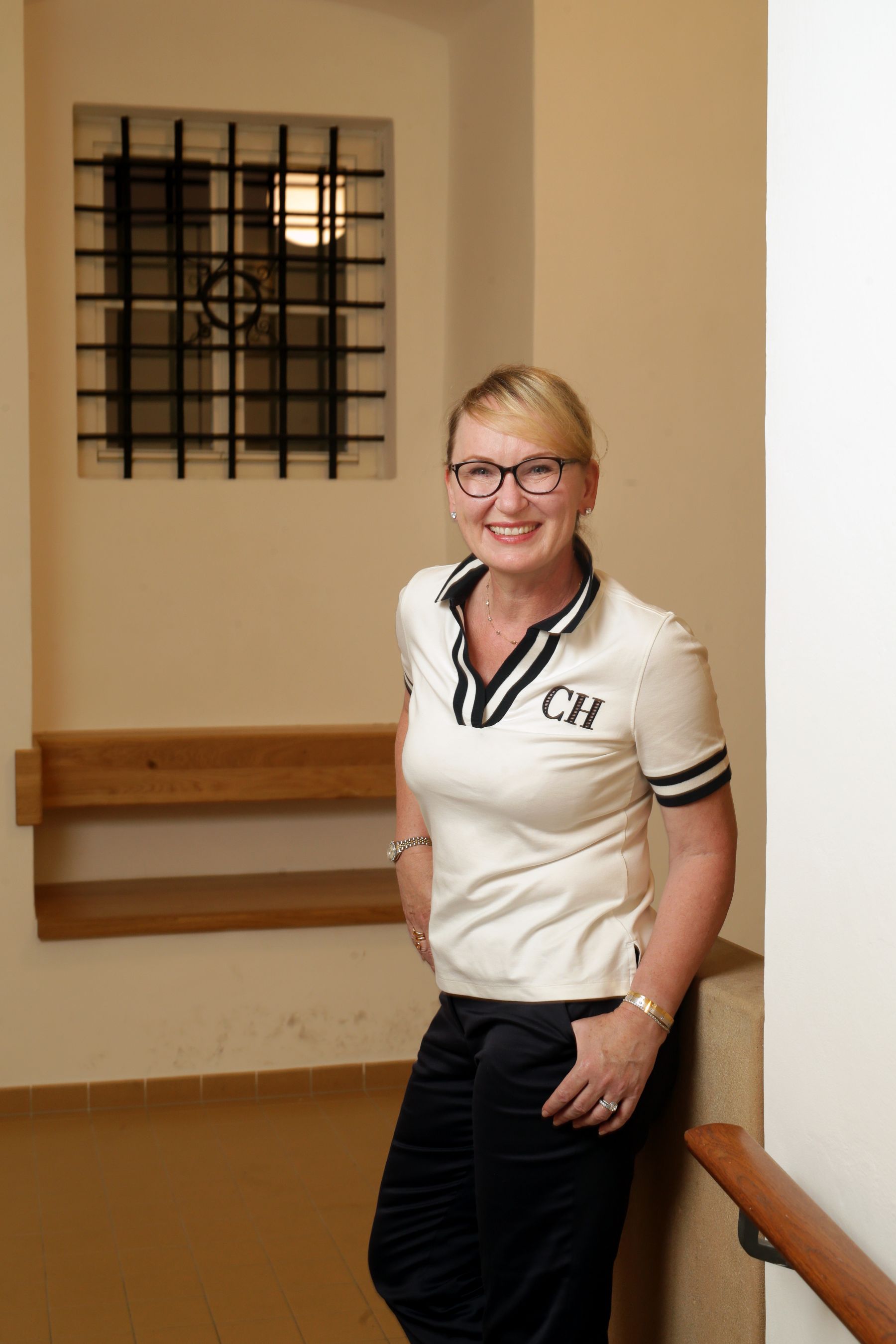 owever, the use of technology in health care still has a number of pitfalls. People use such a service when they are unwell, stressed or scared, so it is crucial to think about making sure that the technology is empathetic and trust-inspiring. At the same time, it needs to be useful and effective for doctors and nurses: “Part of my job is to have a constant dialogue between myself and the developers, who often argue that the proposed method is not effective, that it would be enough to ask directly, but I explain that a few extra questions are essential for humanity.”

An equally important pitfall is safety and ethics. “We are using artificial intelligence, AI, but only for communication and triage, not for diagnosis – ethically we are not at the stage where AI can make independent decisions about people's health unless it has expert feedback to control it. We use machine learning methods for triage, and for 'learning algorithms' we had extensive data from recorded interviews where real patients called in and their questions were answered by qualified nurses. We also developed a 'translator' of symptoms as people describe them and what that means in medical terminology,” explains the innovator.

Schnur also points out that there are situations where the use of a virtual nurse is rejected by experts: “For example, in palliative care. There, we think human presence is crucial. Then, there's also the challenge of mental health – people are more open in the digital world, but we have to be careful that the technology doesn't hurt so that users understand the meaning of the words correctly.”

Having something to live for

Does she find this work fulfilling? “If I had to decide what to study again, I would choose medicine and technology. That's the future! Finding ways to prolong life and its quality is incredibly exciting – to be an active part of it is a blessing,” says the innovative doctor. Her advice to today's students is: “Be creative, curious and passionate about what you do, find your purpose in life – without that, life is empty and living only for career and money is a pity. But at the same time, don't be afraid of work and be brave! Everyone wants to be an influencer and have their own business. But those who succeed usually have worked hard for it, even though sometimes it may not be visible,” says Ivana Schnur.

”I've lived in the US for a long time, but I think that who and where I am today is defined by my Czech roots – my family, my school, but also literature, films, art and even Prague itself. When I was young I wanted to go away and everything seemed better outside, but now I prefer to come back and reminisce.” 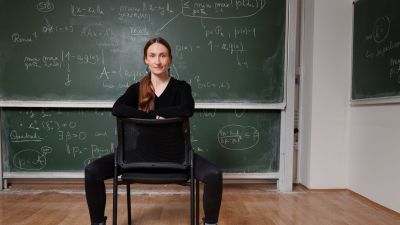 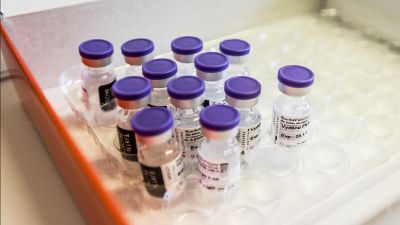 Czech study in Nature shows how to improve vaccination rates 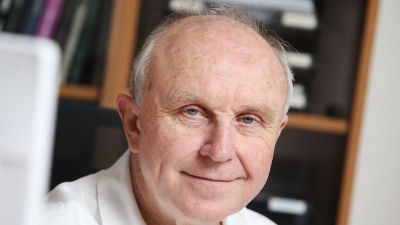 Starý: I’m one of the fortunate generation