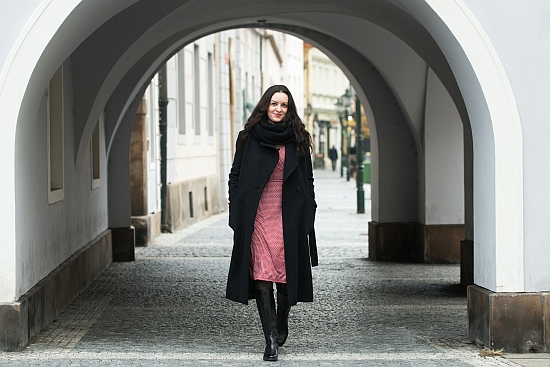 Pavla Horáková is well-known in literary circles as a respected translator, reporter for Czech Radio, and author.

Her new novel called Teorie podivnosti (A Theory of Strangeness) received very positive reviews and has become a much sought-after title this holiday season.

The adventures of the main character and narrator Ada, a young researcher at the fictional Institute of Interdisciplinary Human Studies, are a blast to follow and you’ll never look at the area of Šumperk quite the same way again.

I met with the author recently to ask about how the book came together, beginning with her experience as both a translator and journalist.

“As a translator you spend much more time with a given book than any other reader because you kind of live intimately with it for many months, you get to see the works, you see how the author works with time, the characters and the plot and so on. Somehow, I guess, you learn a bit by osmosis – it gets under your skin somehow. After having translated some 20+ books, I think I learned a lot subconsciously - tricks of the trade.

“Likewise, being a reporter later also had a crucial impact on me because all of a sudden, and without prior writing experience, I was thrown in the deep end. I had to put together a story, often about something I initially knew little about in a very limited period of time – three hours – and convey the story to an audience that knew very little about the Czech Republic in a language that wasn’t my own! That taught me to express myself very concisely, to drop all mannerisms, to get straight to the point, to think of good punch lines and headlines, etc.

“So these two put together were the best ever – or toughest – school of creative writing I could imagine.”

You get in a groove: it’s like when you begin going to the gym and after a while you get better and better at it and it becomes second nature.

“That’s it. And there was one more thing which was important for me: after six years at the international service of Czech Radio, I left and began working as a reporter in Czech. And having switched, it suddenly felt like I was flying because all the weight of the foreign language disappeared and I was able to express myself freely in my own language. From then I onwards, I began writing for Czech magazines and newspapers and it went surprisingly easy. Everything I had done before that had been much more difficult.”

Before we continue with writing, I wanted to ask you about the authors you translated: were some closer to your temperament or your heart? And also, did you ever take a job, maybe a well-known writer, yet the style clashed – and what did you do then?

“I would say that was even most of the time. I never chose my translations and I was always offered the job and usually took it without any emotional preferences. I took it professionally and I would guess that the fact that I never really felt close to the book I translated may have been for the better because had I been too emotionally involved or aesthetically pleased by the book, I would have maybe been overwhelmed or intimidated by it. Maybe I wouldn’t have done as good a job, I dunno, just a guess.

“Of course the authors I translated were all respected, distinguished and great and award-winning and I saw their value: Saul Bellow is incredibly intelligent, incredibly smart, Kurt Vonnegut the same, there’s Iain Banks and his famous pun-per-page rate… they all posed different challenges for me but I never felt close to any of the books, I guess. Maybe it is a pity that I couldn’t enjoy the translating as much as some of my colleagues who were really in love with ‘their’ authors, but in my case it might have been about keeping a healthy distance.”

Speaking of Czech Radio, you said you were thrown into the deep end and that often you would get different topics. Sometimes you would find your own stories and other times you were given something and you did it. I know from reading your book that that served as a good breeding ground for ideas later on…

“It was. The radio station provided a great opportunity to learn new things and gather material. You meet new people, learn about different subjects, all kinds of human enterprise, and it seemed like a pity not to use that elsewhere in my own work. That is how my young adult trilogy (about a gang of kids who call themselves the Burying Beetles) came together: I had been inspired by real interviews I had done for Radio Prague with people who worked at Prague’s Olšany Cemetery.

“Similarly, in this novel the institute where the main character works also really exists, as well as some of the research described. There are, in short, a lot of things I found useful from my career as a journalist.” 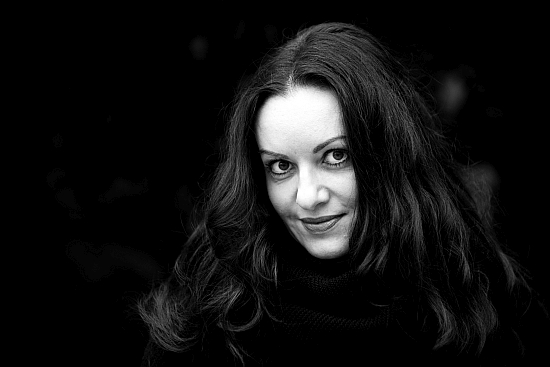 I initially thought that the institute might be a little bit of a one-to-one parody of Czech Radio until I learned that it had really existed, in terms of elements like bureaucratic processes and so on (Czech Radio, it turn out, has its own place in the book). So I wanted to ask you what kind of a place was it, where these studies were done? And what were some of the studies?

“The fictional institute is called The Institute of Interdisciplinary Human Studies and the actual place on which it is based on an actual site in Prague which was part of the Faculty of the Humanities. They carried out a number of really interesting projects: they studied talking parrots or they studied the perceived attractiveness of women at different stages of the menstrual cycle. And when I settled on my main character, Ada, I immediately saw her working there. A lot of the research done at the fictional institute was made up in the book, but these examples were real.”

What is one example that was made-up?

“A study of how mothers and daughters dress alike, whether they pick similar clothes and get similar haircuts. Or one scientist studies people’s preferences in food. And another studies what is known in Russian as the law of buttered bread [Ed. Note: In English, it is a Murphy’s law] – whether a piece of bread always falls face down when dropped – on the buttered side. He studies these phenomena and tries to determine whether it is only out perception or whether there is such a thing as a buttered bread law.”

Your book has been described, at least in part, as magical realism. Tied to that are your main character Ada’s thought processes: the way she goes down the street, what crosses her mind, the way the wheels are always turning and she constantly formulates different eccentric theories. She is always thinking through this kind of frame whether something would be the interesting subject for research or not. And then… there is the town of Šumperk in the Olomouc region which crops up routinely in the news throughout the novel and that deserves a mention all its own. What is it with that area? It seems like a kind of Area 51 or Bermuda Triangle or Twilight Zone of the Czech Republic.

“I don’t have objective data but even before I began working at Radio Prague, maybe around the year 2000, I noticed that strange things were often happening in or around that town! I talked to my dad about it and he suggested it might just be the local reporter’s slant, or that the person embellished the stories a bit.

“But when I began working at the station, I had the wire services open all day in front of me and I learned it was not one but three regional reporters and the strange stories continued. Not always human-related but natural or unusual phenomena – like a bolt of lightning struck and killed a whole herd of cattle. Or an icicle fell and killed a person. So I began gathering stories from there and by the time I left radio I had more than 70 pages worth of reports which became my ‘Šumperk file’. I used many of the news items in the book and chose specific items to kind of reflect what was happening in the plot.”

“My view is that none of us are reliable narrators, really. As we know the observer changes or influences the effect or result of the experiment. Maybe Ada, or myself, by putting so much emphasis on Šumperk, makes it what it is.”

I wanted to ask about the fuzzy area in science. Or what seems akin to magic to us because it is so unrelated and so counterintuitive to our everyday experience. Talk to any string physicist about quantum particle behaviour or entanglement and it might as well be 'magic' for most of us.

“It is and it isn’t. Each of us, at least once, experiences something that defies logic, that seems to defy natural laws, but we tend to dismiss these experiences. This couldn’t have happened, this can’t be true, this is in total opposition to the Newtonian or Cartesian model of the universe – it can’t be true. What Ada realises is that she has to leave this comfy Newtonian world because there is so much happening around her that defies common sense and she opens herself up to these phenomena.

“She tries, in her own way, in her own mind, to merge quantum mechanics with spiritual ideas and she finds out that the what the new sciences says - and what old gurus or spiritual masters say - is not in contradiction, it does not clash. The two can be merged and offer a more fulfilling, free, but also fun way to look around the world around us.”

I first learned you had written the book when I saw a poster for it in the metro, complete with your photograph and I thought ‘Wow, Pavla, my former colleague from Radio Prague!’ It has become one of the big hits this Christmas. So congratulations! Bceuase of this I wanted to ask about the graphic design because it is a bold pink and of course you are on the cover.

“You are the first to ask about my being on the cover because maybe it is not that usual. My editor and I originally wanted the cover to be bold and even considered kitsch to offset or be in contrast to the title, which in English is A Theory of Strangeness (and originally it was supposed to be A Structured Theory of Strangeness). We commissioned a graphic designer but didn’t really like the result; then, my editor found one of my profile pictures online, sent it to another designer, and overnight she put it together.

“This was something we would never think of – she put my picture upside down to underline the aspect of ‘strangeness’ – and we would never have come up with that. Right away we really liked it and were happy with the way it looked and how it had turned out.”