Not just hockey: A look at university sports

Along with ice hockey, Czech universities can now compete in an additional leagues as of this academic year. The university leagues include football, futsal, basketball, floorball and volleyball. How did they come together and what are the ambitions of Charles University’s teams when it comes to different sports? 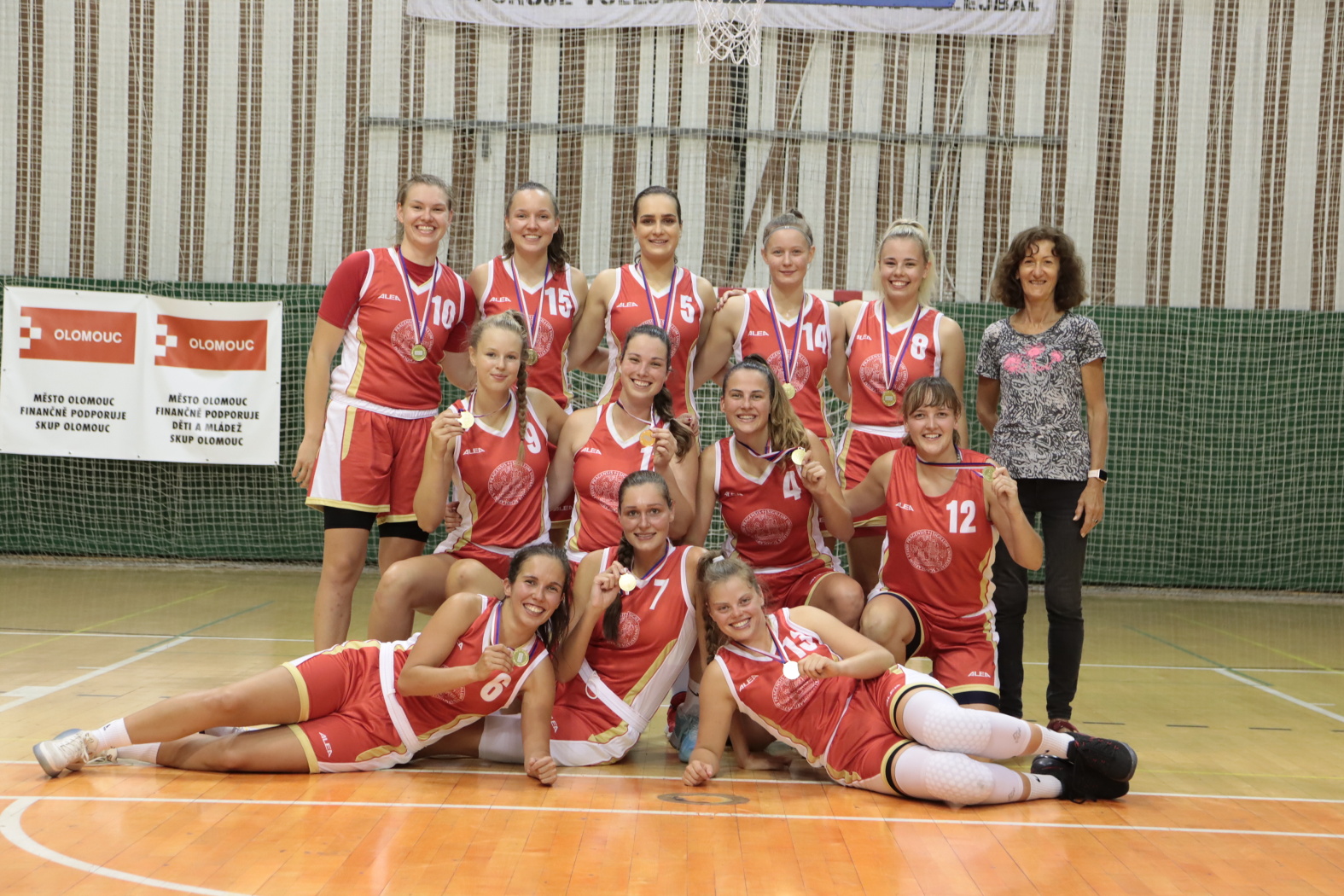 The university leagues project was prepared by the Czech University Sports Association (CUSA) with the support of the National Sports Agency (NSA). “The aim was to offer a programme allowing students to combine their studies with high-performance sports, to boost university life, and to promote healthy competition and pride in good results together," says the CUSA’s chair, Ivana Ertlová.

CUSA has long organized leagues in cross-country skiing, swimming, rowing, fencing and other sports. “The scope of our activities is broad and domestic university competitions, culminating in the Czech Academic Games and the Czech Academic Championships, have other follow-up European and world university competitions organised by EUSA (European University Sport Association) and FISU (World University Sports Federation). At these competitions, especially the European ones, we count on the participation of the winners of the university leagues. That is a great motivational aspect for students,” Ertlová explains.

It is not surprising that the new university leagues have attracted a lot of interest among schools. “We currently have 122 teams that are registered from 23 schools. I am probably most pleased by the interest in regular sports from among the students. I am glad that they enjoy sports and competing and that they want to represent their school in the best possible way. I am also looking forward to having the opportunity to meet the rectors of all the universities at league games and to be able to personally thank them for their support,” the head of CUSA says.

Charles University is one of the universities that registered teams in all sports, with others being VŠCHT Prague (University of Chemistry and Technology Prague), ZČU Plzeň (University of West Bohemia and MU Brno (Masaryk University). The ambition of the largest Czech university is naturally to place as high as possible.

“Our university shouldn't have a lesser goal than that,” says Jaroslav Skoumal, the head of the CU floorball team, which boasts several players who compete in the highest domestic competition, the Superleague. Others compete in amateur competitions, so it is not easy to coordinate preparation. “The guys regularly train and play for their home clubs, and they have to keep up with school and work. But I believe that in time we will plan more intensive training together. They play with a lot of heart and leave everything on the floor.”

Jakub Kokštejn, the head of the football team, has similar views. “Some players have professional or semi-professional contracts in football, a large part of them play in the CFL or in the division. Therefore, it is difficult to get all the players to one training session a week, as most of them train at their clubs 3 - 4 times a week mostly in the afternoon. And in the morning most of them have to focus on school and study commitments.”

The CU football team has a long history and regularly participates in academic games, yet the coaches have prepared a recruitment flyer through which they have expanded the squad even further. “With a few exceptions, the players of the football and futsal team are students at the Faculty of Physical Education and Sport. And we are also trying to reach other faculties of the university through recruitment leaflets,” Kokštejn says. “We have very good players with a great desire to represent the university, so we want to at least make it to the semi-finals,” he adds. In the regular season of the league, the football team won all three matches in its group, hitting the back of the net 12 times and keeping a clean sheet. 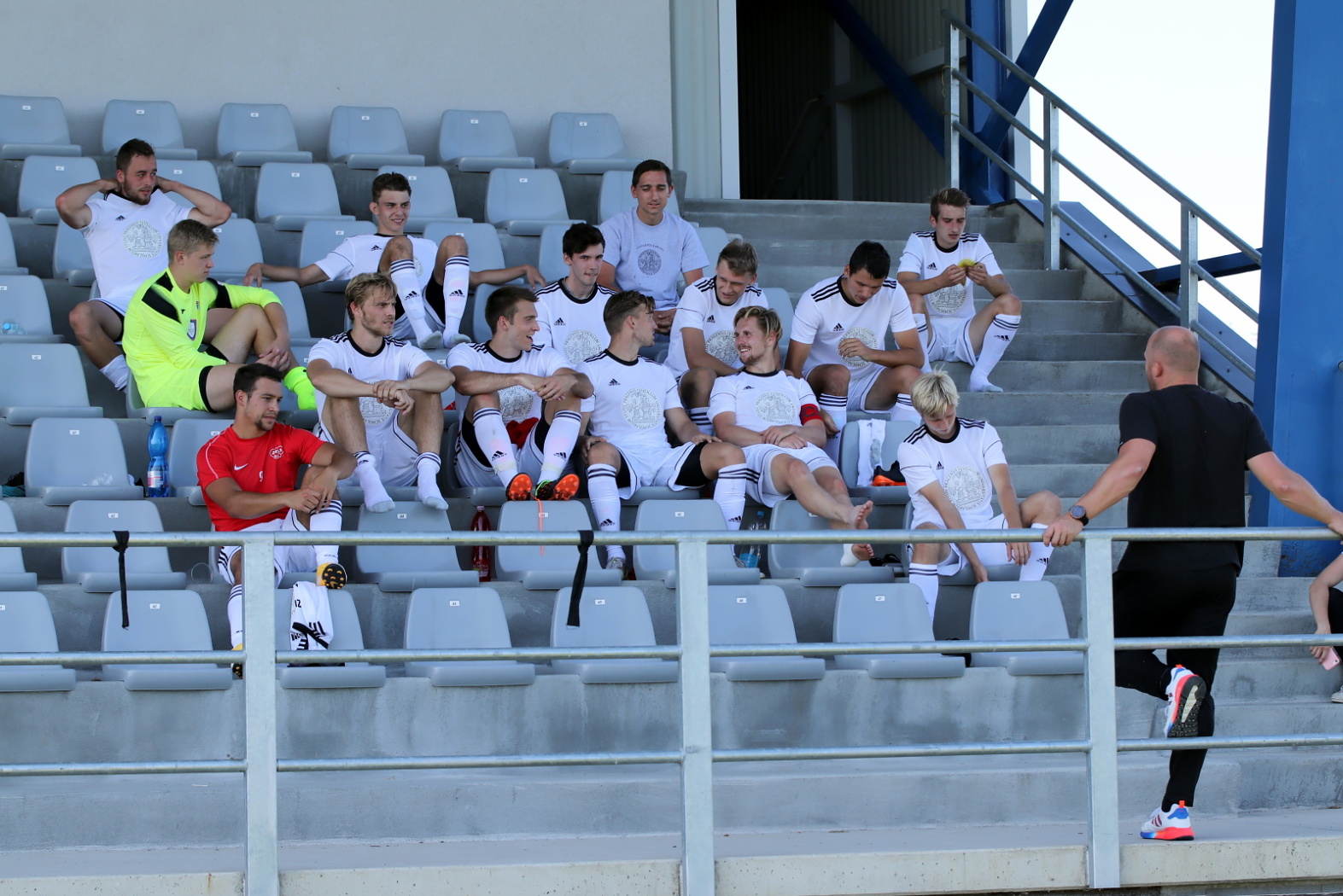 In futsal, a team composed of both faculties in Hradec Králove (the medical and pharmacy faculties) also represents Charles University. “Our players are mostly medical students supplemented by students from the Faculty of Pharmacy, but the numbers vary. It all started with me directly addressing students. I knew some of them from before, we are also recruiting new members, the team is still growing,” explains Tomáš Válek.

“We train twice a week and participate in five-a-side in Hradec Králové. All the players have had experience in amateur competitions in the past. We want to represent the university and our faculties. It's an opportunity for other students to come and cheer for us, their home team,” Válek also sees the university league as a social affair.

The young women representing the CU basketball team, which won the Czech Academic Games for the fifth straight year this September, also deserve a strong fan base. The core of the team is made up of players who have been representing CU for three to four years, and to them I mix in students entering the first year. We cooperate with our colleagues, where we pass on contacts of skilled students to each other," basketball team head Jana Müllerová reveals. 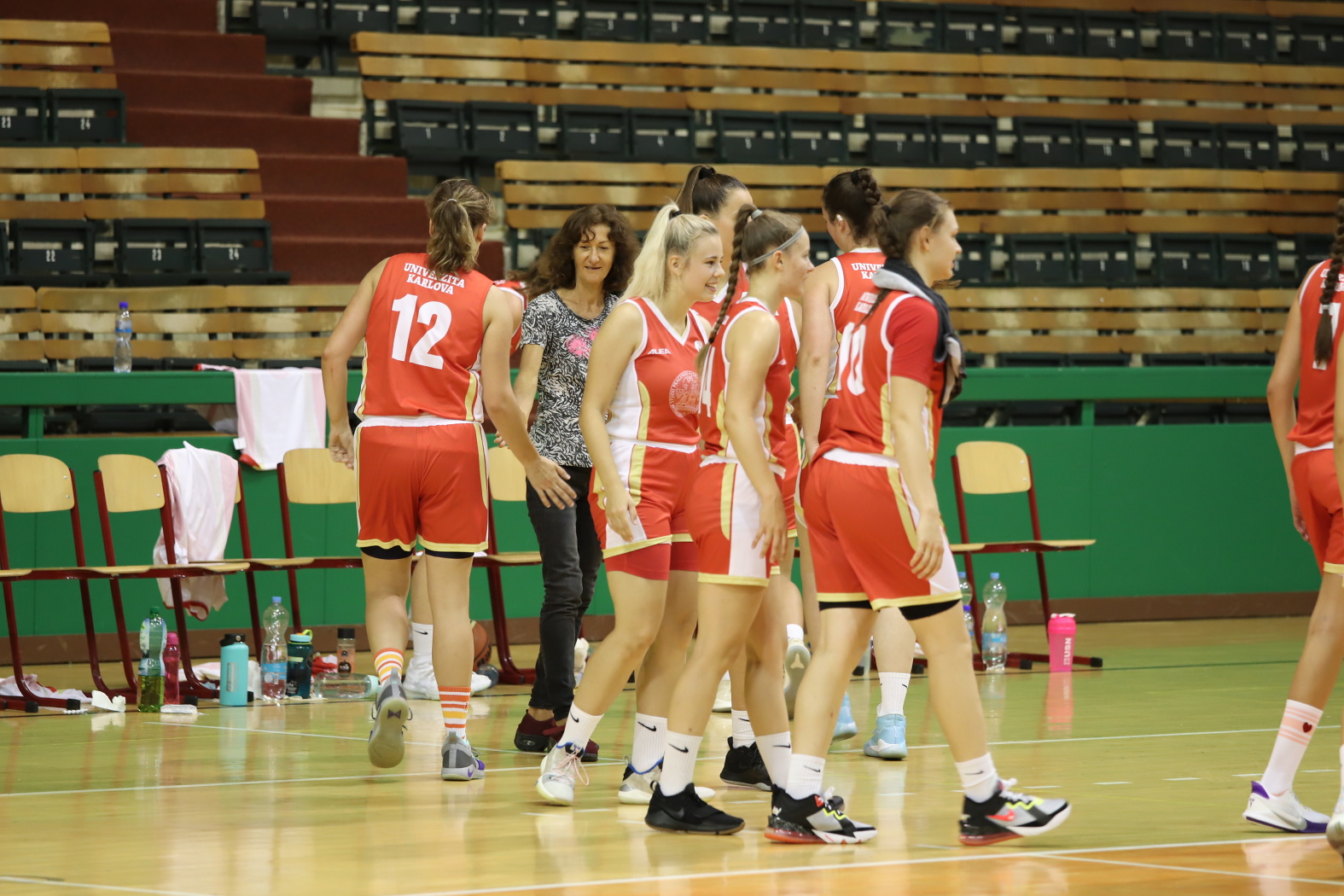 “The players are from different faculties, besides the Faculty of Physical Education and Sport, for example, the Faculty of Education, the Faculty of Law, and so on. Mostly they play in their clubs in the 1st league or 2nd leagues, some even play in the highest competition - Renomia ŽBL. Our ambition for now is to qualify for the final group,” adds Müllerová, inviting fans to the Sports Centre at Charles University, where the university basketball league gets going on Thursday, November 4. The men play at 7 pm and the women at 8:30 pm, with the opponent each time being VŠCHT Prague (University of Chemistry and Technology Prague). 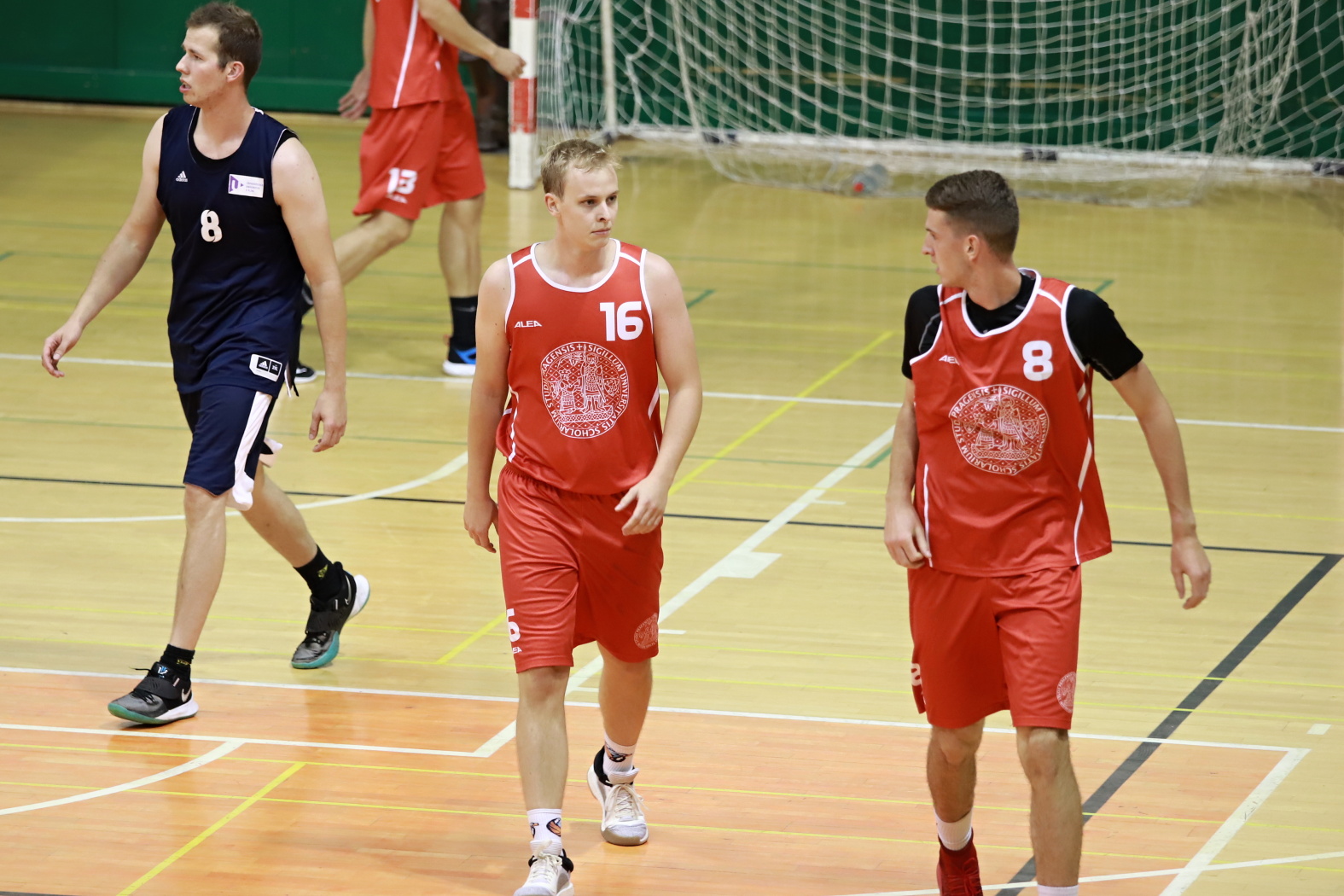 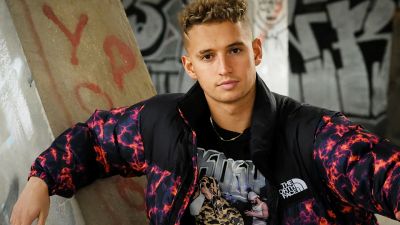 A top swimmer on life “outside of the pool” 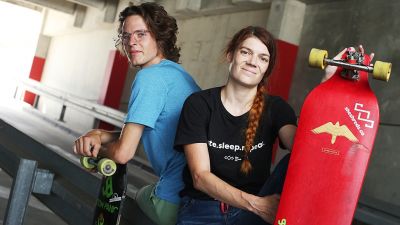 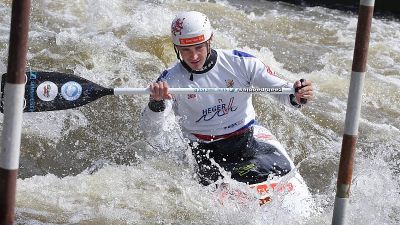 Three brothers, one sport, one berth at the Olympics