When she was a little girl, Lucie Korecká received a copy of The Hobbit and was enchanted by J. R.R. Tolkien’s world, explored further in fantastic detail in The Lord of the Rings and The Silmarillion. The work was influenced by Icelandic and Norse mythology and Korecká went on to read Edda and the Nordic sagas. After learning English and German at high school, she pursued her passion for Old Norse at the Faculty of Arts, where she is completing her PhD. 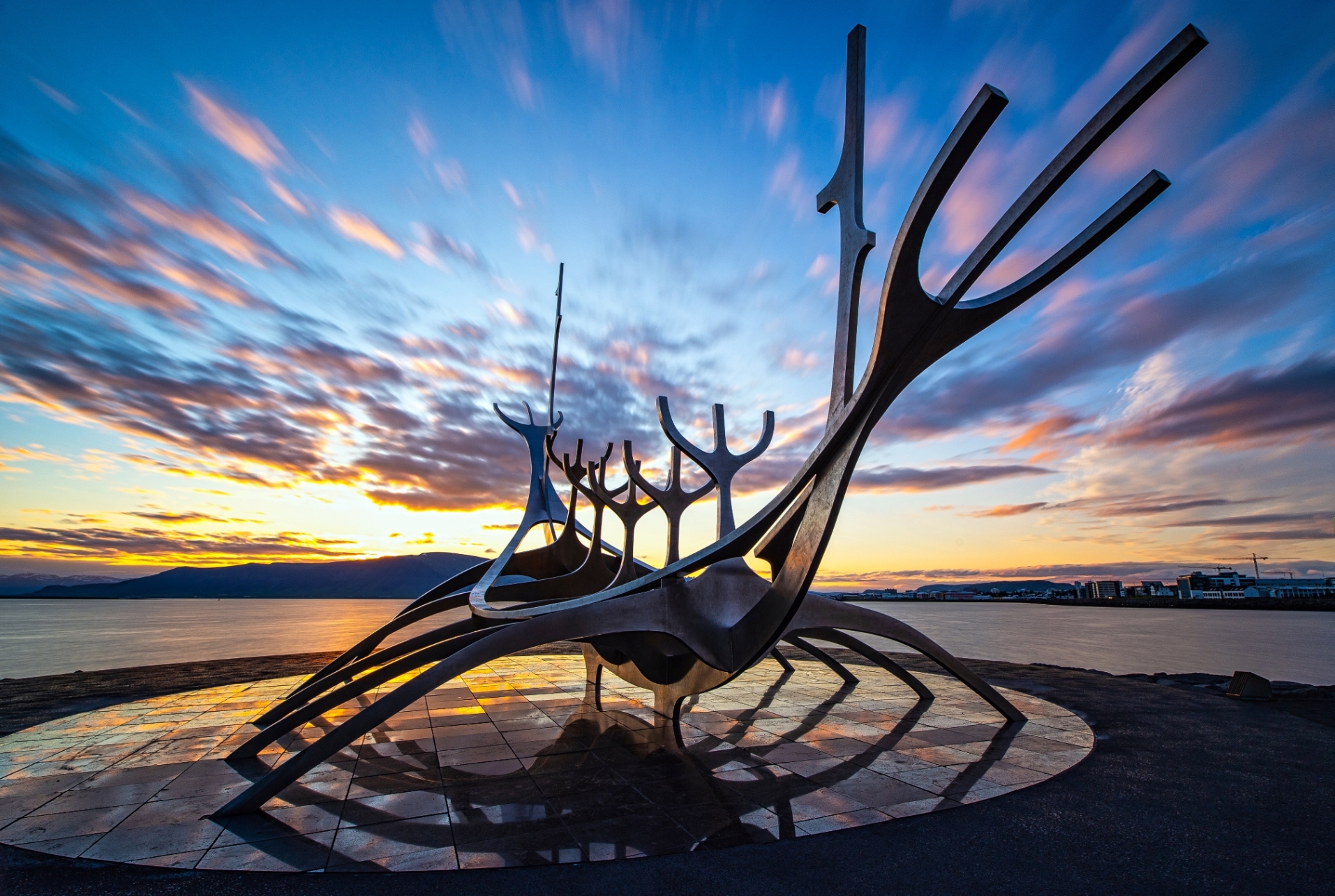 At Charles University, Lucie was lucky to attend lectures by Helena Kadečková, translator and legendary doyen of Nordic Studies and distinguished scholar of Icelandic and Norwegian literature (who passed away in 2018). Korecká, who speaks Norwegian and Icelandic, also translates from Old Norse and Faroese, and travelled to Iceland to visit local archives as part of her academic research and even to Reykjavik’s Sun Voyager sculpture to better immerse herself in the world of the Icelandic sagas. 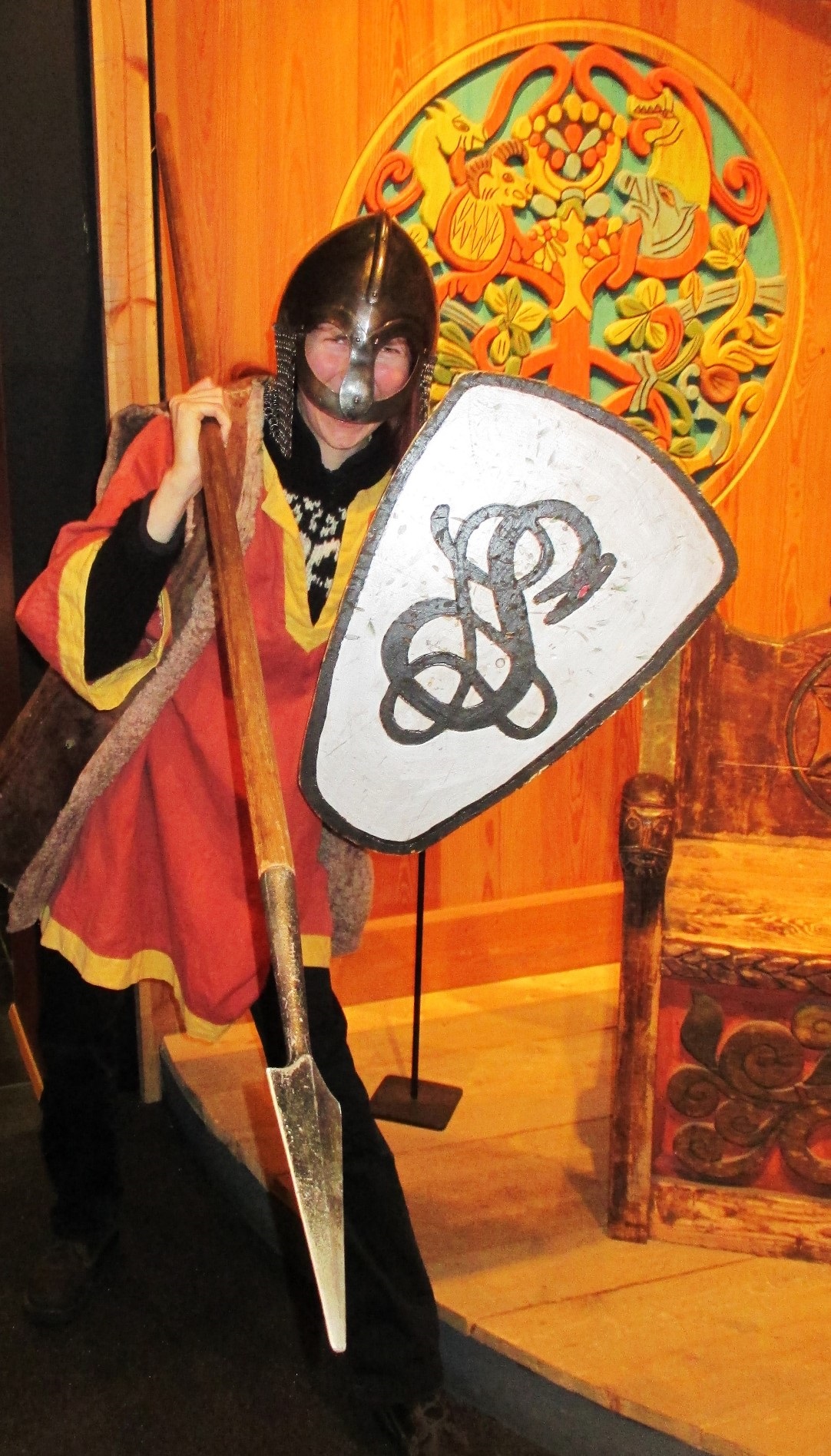 Recently, her faculty publisher released Sagas of the Sturlung Age, which the academic says is the result of about 10 years’ research. In the book, she selected six sagas, including that of Þorgils Skarði, the hare-lipped. “I purposely chose texts that were historically interesting as well as engaging,” she says.

The book focuses on the first two-thirds of the 13th century, a turbulent period in Icelandic history named the Sturlung Age after Iceland’s most powerful family clan.

“It was a period of bloody struggles and fundamental societal and political changes, but also a boom in culture and literature. The way in which Icelanders defined their identity underwent major changes at this time, at the same time they retained significant elements of continuity,” the author writes in the annotation.

All these aspects are reflected in the so-called “contemporary sagas”, which had been written just a few decades after the events took place. The texts therefore offer immediate insight into the opinions and values ​​of central personalities during that time. The new book presents readers with the very first Czech translations of texts of this genre, supplemented by a cultural-historical introduction and a study focused on the relationship between historical events, cultural memory and narrative sources. The PhD student told Forum more.

The Age of the Sturlungs is a pretty thick book at 460 pages, covering various contexts, tracking numerous heroes ... Who is your new book for? A lay audience, those interested in Icelandic sagas, or even fans of fantasy literature? 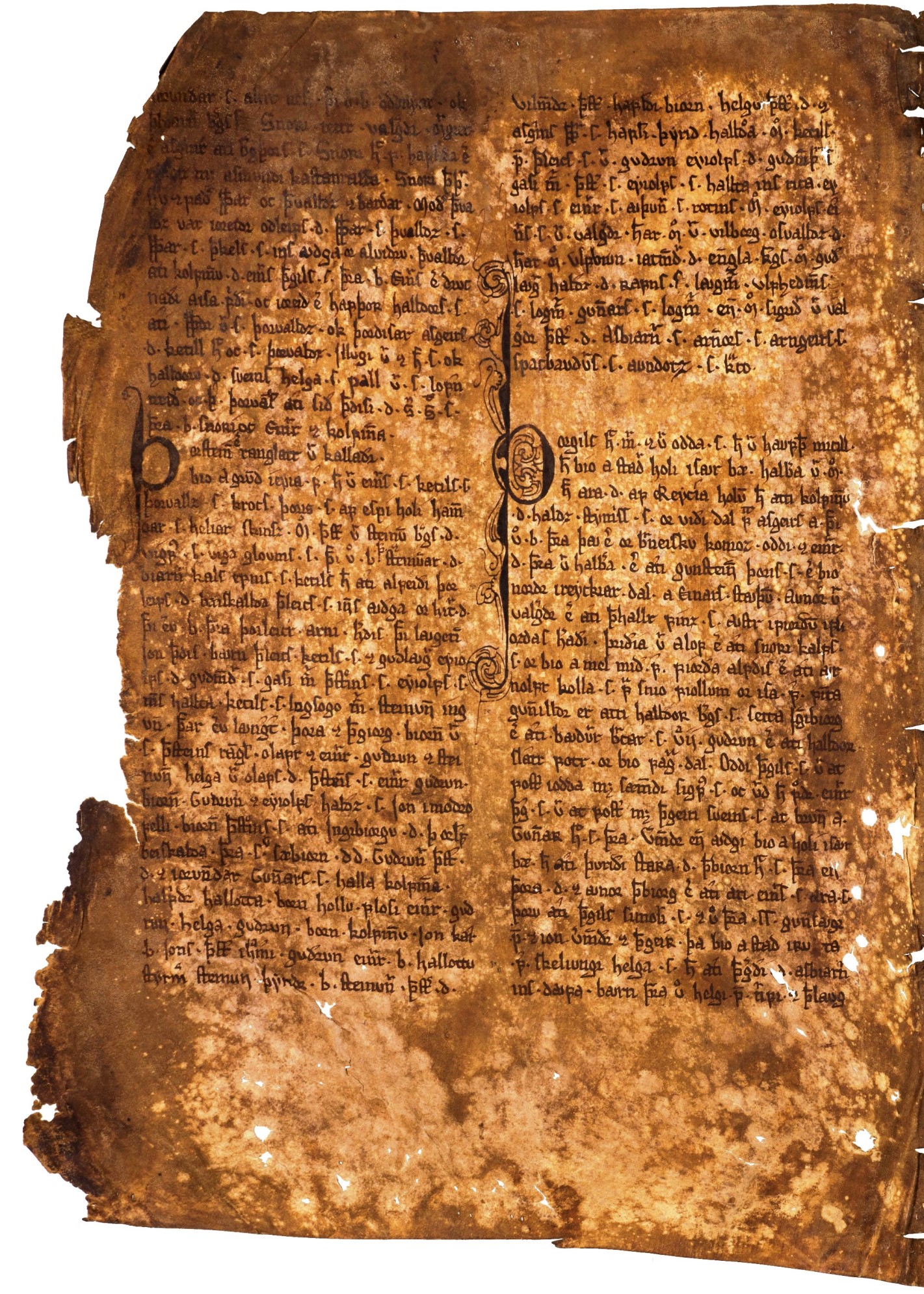 I definitely tried to write a book that would be useful not only for fellow medievalists, but also would appeal to a wider circle of readers. The introduction is written to bring the historical and cultural context of the sagas closer to lay readers in addition to historical interest. [On the left Króksfjarðarbók, the 14th-century manuscript of the Sturlung Saga. Right: posing at the Saga Center in Hvolsvollur].

I chose sagas that have a clearly arranged storyline and strong main characters that readers could get behind - not because they were perfect “superheroes” but precisely because they were not. They have human weaknesses and make mistakes which makes them far more believable.

Would you recommend the book to fiction readers as well?

I think that the sagas will be appreciated mainly by fans of historical novels and anyone interested in history, as these are authentic period records of real events, but at the same time they are full of engaging stories.

Fans of the fantasy genre may be slightly disappointed that the texts lack magic or supernatural motifs, but it may be interesting for them to learn about the historical background of the written records of Old Norse mythology that inspired J. R. R. Tolkien and other fantasy authors. The same is true for fans of classical Old Icelandic family sagas, who learn in the book about the circumstances in which the texts were written. Those who know Iceland will learn about events at key sites or places there hundreds of years ago.

So the reading is interesting, engaging. What is academic or professional focus of the publication?

The main goal of the academic part of the publication is to re-evaluate relations between medieval Iceland and Norway. Icelanders adopted the reign of the King of Norway in the 13th century, which researchers traditionally interpret as a tragic loss of national independence.

In the study I try to show that the sources do not support such an interpretation and that they present a much more complex, multi-layered relationship between Icelandic local aristocrats, the Norwegian monarch, the church and other sections of medieval Nordic society. The sagas thus reveal to us various elements of medieval Icelandic identity, which are combined and complemented in individual texts. I believe that the topic of the construction of identity in medieval sources has the potential to appeal to other colleagues in the field of history and cultural history and that it could undoubtedly stimulate the emergence of interesting comparative studies (smiles). 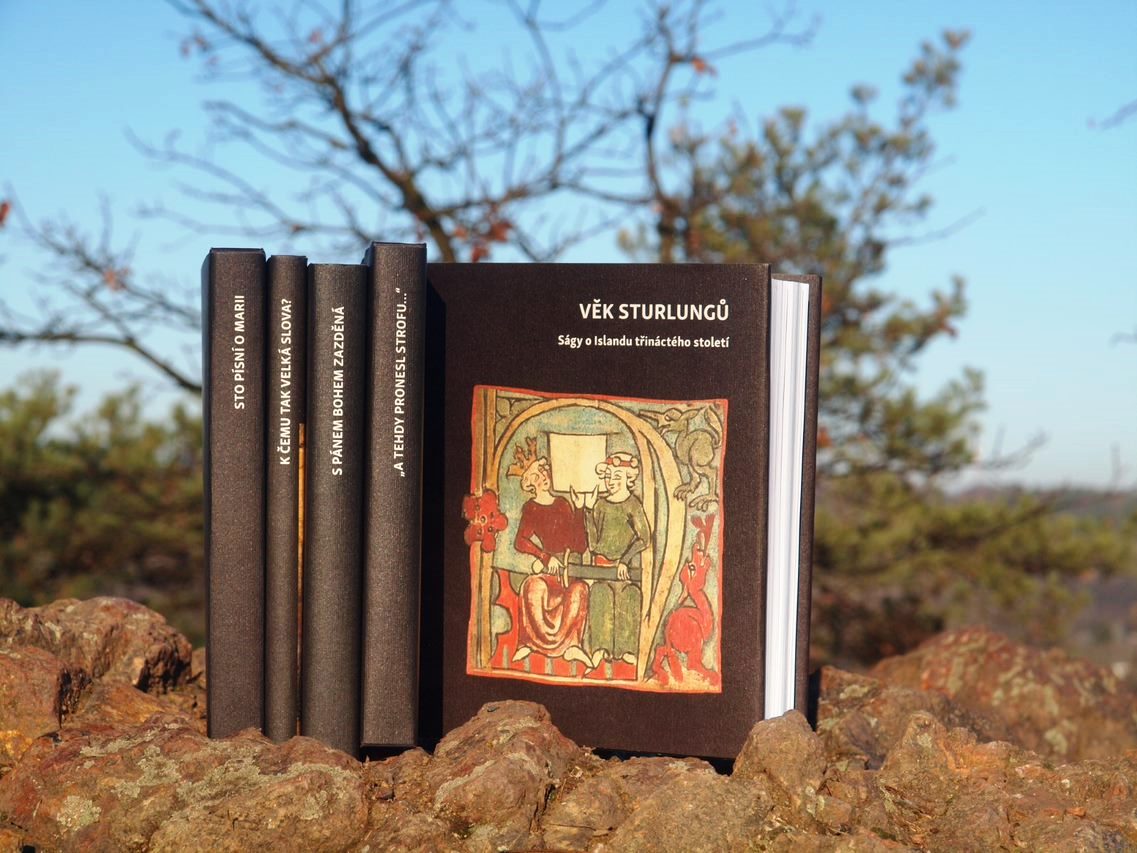 The work on the translation itself was preceded by research interest in medieval Iceland. I have been researching the saga of the “Sturlung Age” as part of my academic work at the Faculty of Arts for about ten years. I've been thinking about translating them for a long time, but at first it was more of a challenge that I didn't dare to do. After mastering several other translation tasks such as the collective translation of Legendary Sagas (2015) under the direction of Jiří Starý and translation of family sagas with supernatural motifs, published in the book You Shall Behold the Shadows (2018) - I finally decided to do it. The work itself on the Sturlung Age, from the selection of texts to the assignment of a project at the Grant Agency of Charles University, to the final editorial changes and editions, took about three years. 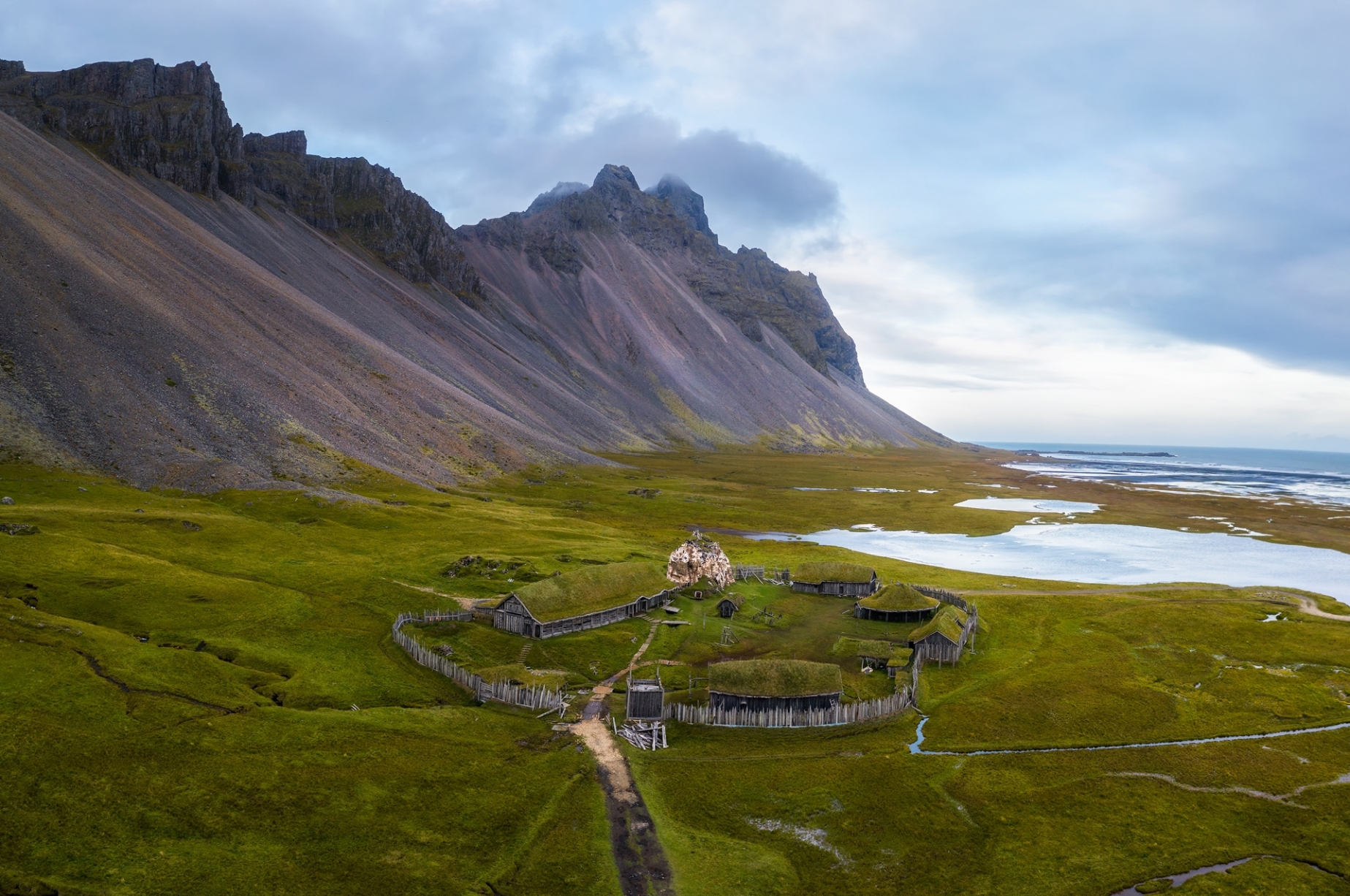 You have two book monographs completed. What is next?

In the future, I would like to translate sagas which deal with areas of the North other than the "usual" Iceland and Norway - that is, the Faroe Islands, Orkney and Greenland. I only hope that it will get approval from Óðin, the Norns as well as faculty institutions! 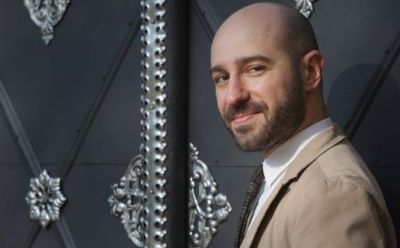 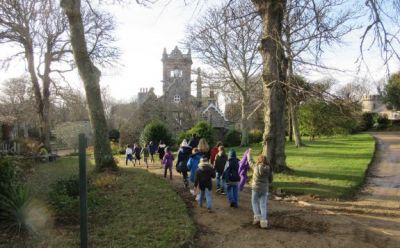 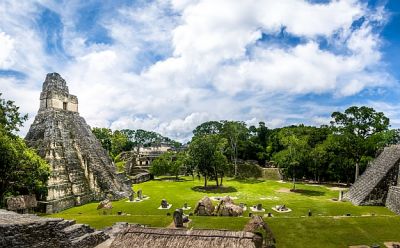