Innovation Breakfasts, organised by Innovation Lab CU, which is part of the Centre for Knowledge and Technology Transfer at Charles University and hosted by Kampus Hybernská, have been running since September 2021. Each session (which you can attend online or in person) has provided participants with an opportunity to connect with professionals from different backgrounds and professional fields. The aim is to reach promising students and broaden their horizons and outlook – highlighting connections and future career possibilities that might otherwise not be apparent. 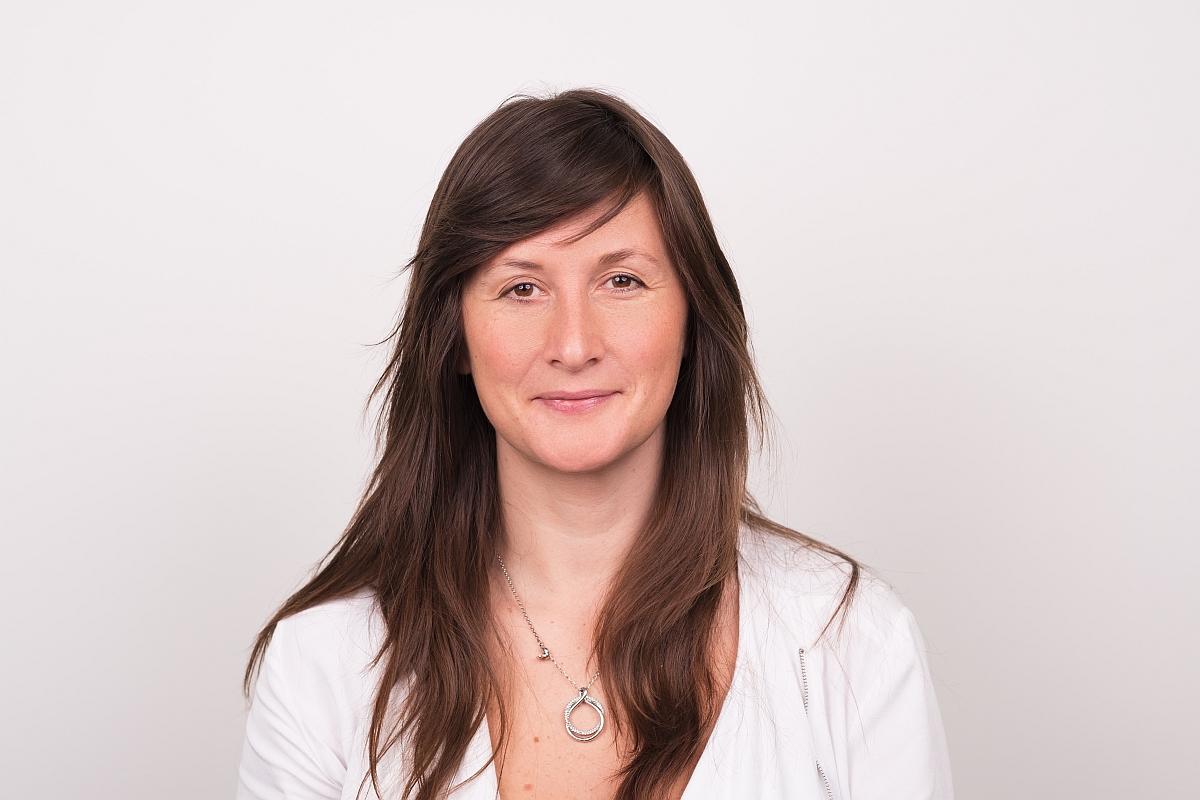 Innovation Lab CU's Veronika Haissingerová, one of the main organisers of Innovation Breakfasts at Kampus Hybernská each month.

Veronika Haissingerová from Innovation Lab is one of the series’ main organisers, with an eye on not only interesting topics but bringing together people from different fields.

“The main idea was to give students hands-on opportunities and a chance to apply their expertise in the real world. We are interested in new trends and 21st century issues and opportunities. These include topics such as sustainability and the future of 3-D printing or artificial intelligence. We focus a lot on transfer technologies and providing practical information: how to enter the market, which mistakes to avoid, presented by those who have real-world experience. It is about innovation on Czech markets and highlighting what is new. It’s about getting an introduction to start-ups and learning how to found your own and how to assess risk and pros and cons.” Haissingerová says connecting the Humanities with technology is one of the most promising areas when it comes to thinking outside of the box. The Centre for Knowledge and Technology Transfer’s Jiří Valach agrees and emphasises the importance of cooperation not only among faculties but also different institutions and schools. 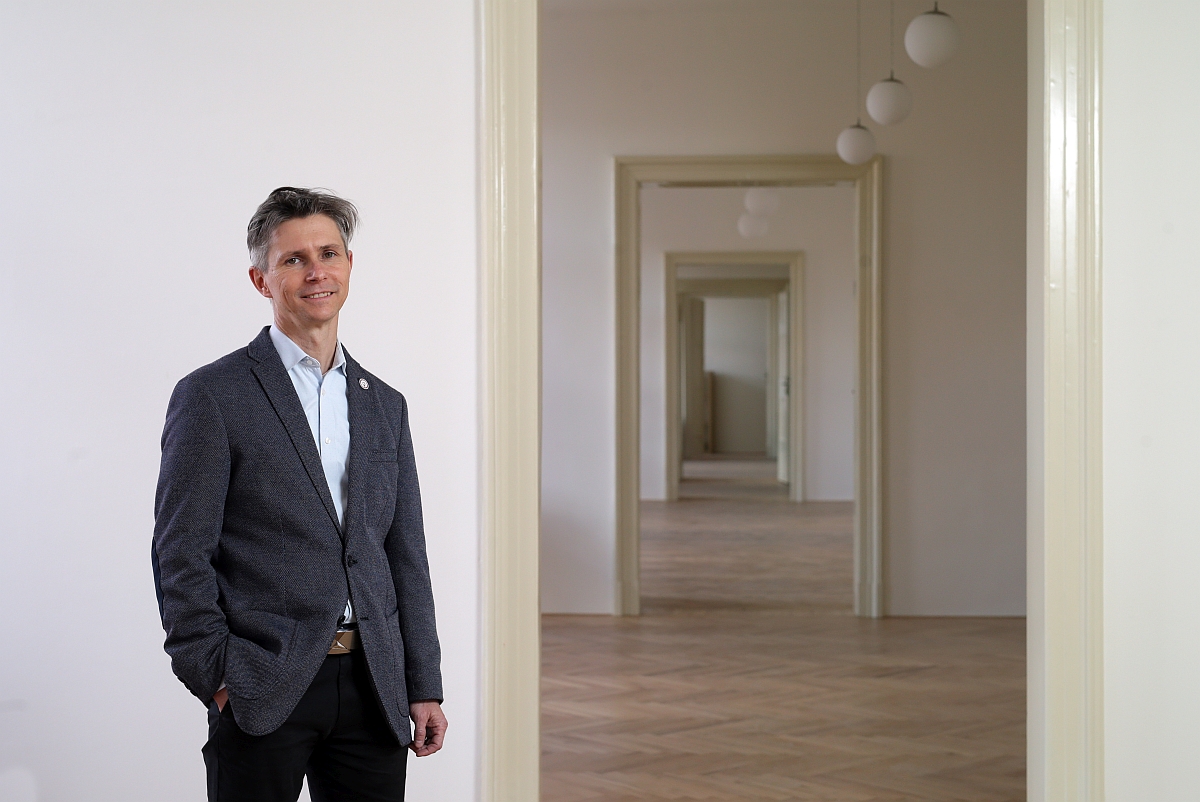 Jiří Valach is one of the main managers at Charles University's Centre for Knowledge and Technology Transfer (CPPT).

“We want to provide the spark for innovative ideas and projects and in that respect where a project originates is not important. This is not about ‘us’ at Charles University ticking off boxes of ‘goals reached’ but about research and development for the betterment of society. That is why we invite a broad spectrum of participants and various institutions to take part. It’s impossible to predict in advance what ideas we may inspire.

“The role of the Centre for Knowledge and Technology Transfer is to see innovative ideas realised and brought to fruition, so they don’t remain only on paper or only in the realm of theory. From experience, we know that only a fraction of ideas reaches the final stage, but even just a sliver can make a difference in society. The potential of having a real impact is the main guiding factor when it comes to choosing which ideas and projects we support.” 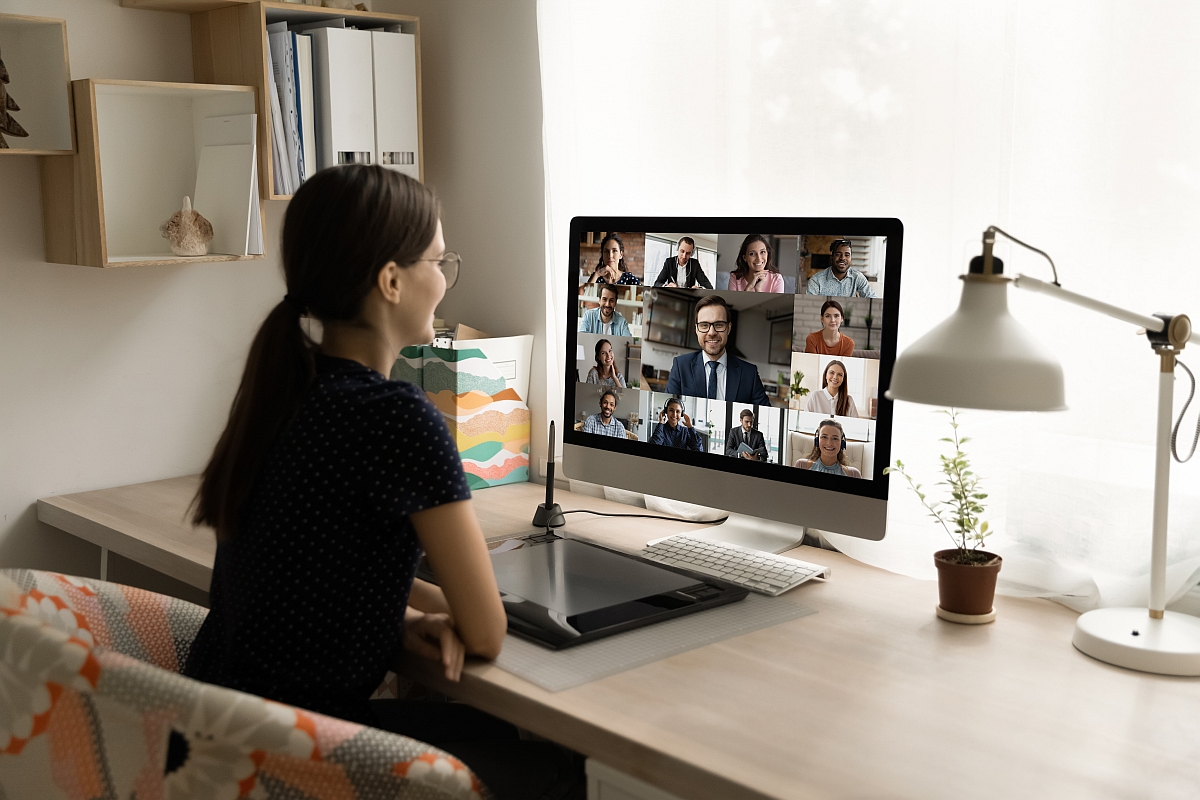 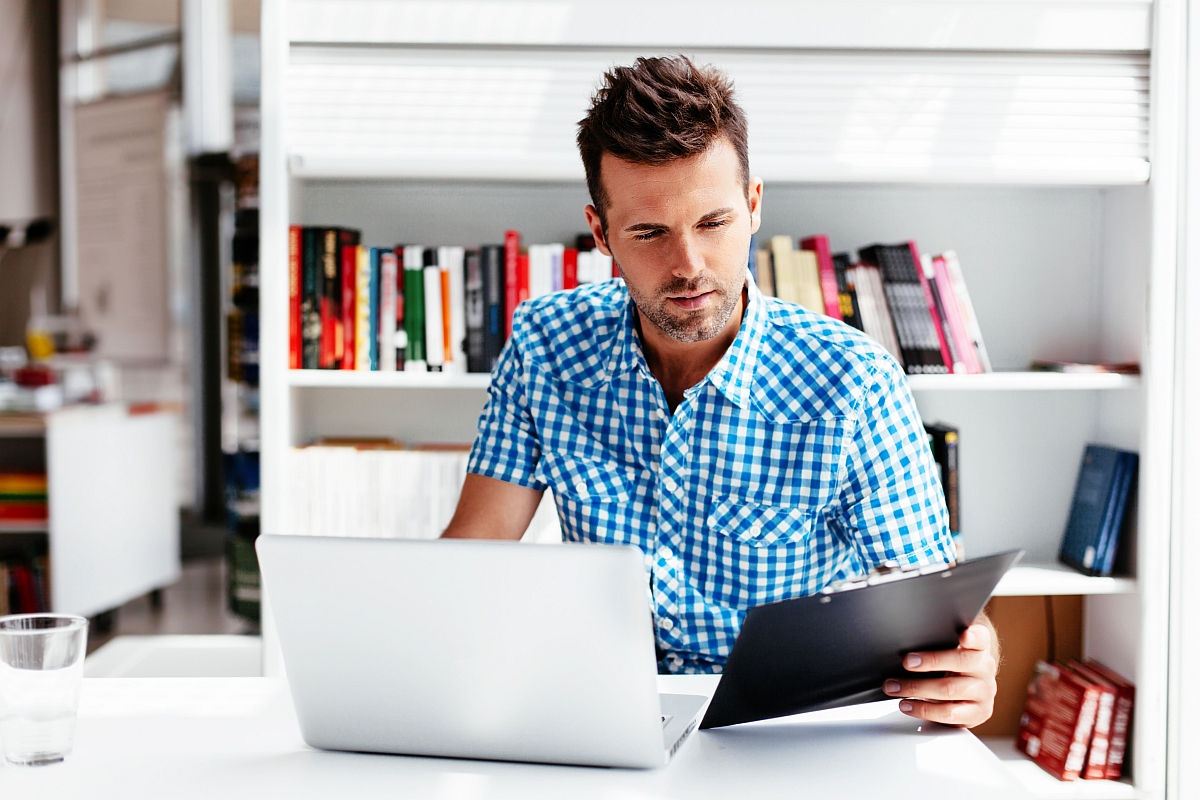 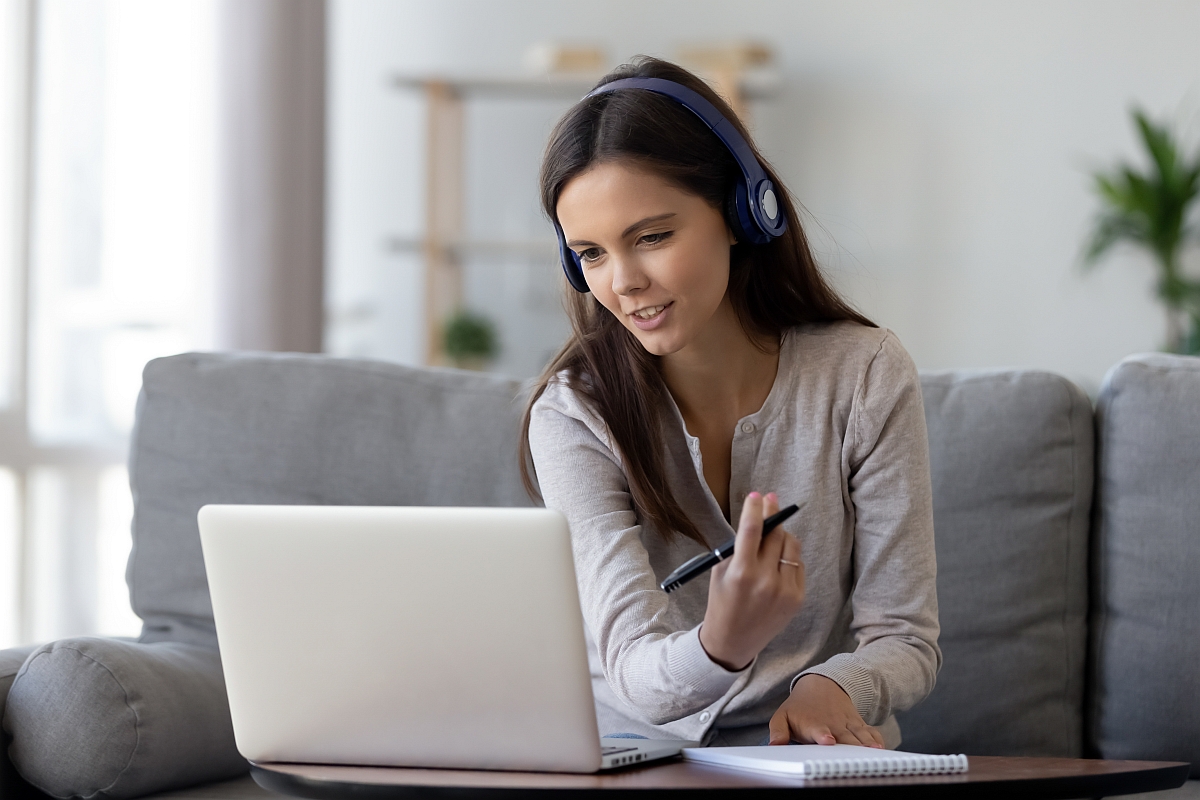 December’s Innovation Breakfast was titled How to Hack the Human Mind? and featured as its key speaker Czech security and defence expert Kristina Soukupová, (who completed her Ph. D. in War Studies at King’s College London). Soukupová heads a non-profit organisation in matters of defence and anticipating future threats. Among these, is cognitive warfare which NATO is researching. The worry is that the human mind  could become the sixth domain of operations – changing not only what we think but how (akin to informational and psychological war). 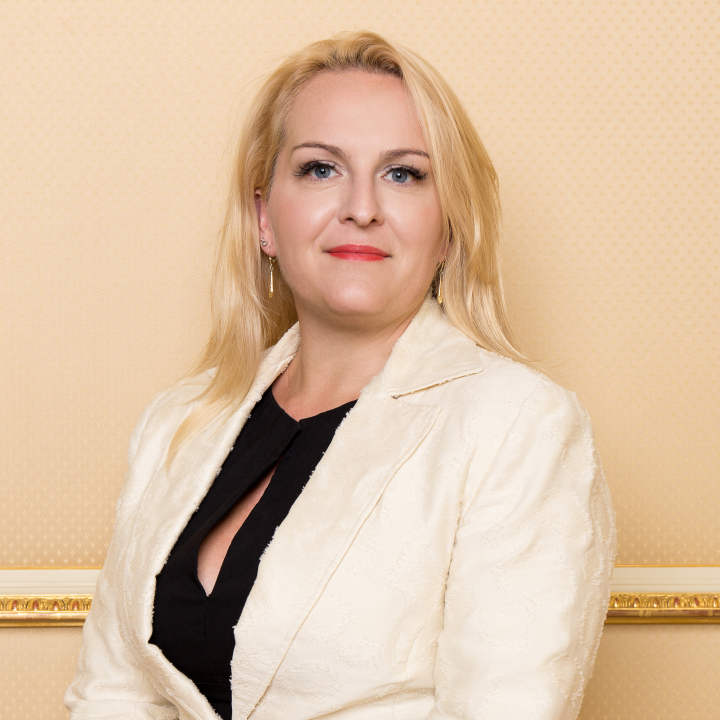 NATO has anticipated that one day soon such attacks, while still in baby steps now, will require smart and exact defences and proportional countermeasures. At first blush, it seems like five-minutes into the future science fiction or speculative fiction by William Gibson (the visionary American-Canadian author of the Sprawl trilogy who coined the term cyberspace) but the signs online are apparently out there now.

“When I speak to experts they say ‘We see it – we just don’t have hard core scientific data to prove it.’ So in a way it’s a gut feeling that we all have. It is definitely happening on a large scale when it comes to informational and psychological operations but right now we are pretty much unable to draw the line where these methods combine or cross over to [actually] manipulate you to ‘see things differently’. We are still lacking the necessary data.”

“Princeton and Stanford have specialised institutions that are focusing on cognition and the brain. But when we are talking about a mass effect, research is needed and the hard data is missing. And what is needed is to look at things from beyond a military point-of-view. I am sure there is research out there that could be useful. So what we’re trying to do is to look for unknown (to us) research that could help us mount a defence.”

In her presentation, Soukupová explained further the importance of informational and outreach events such as those organised by the Centre for Knowledge and Technology Transfer:

And she outlined, in the past how hackathons and ideathons (such as Hack the Mind that she organises now https://www.hackthemind.cz/en/) had helped to transform lives, discussing some of the brightest out-of-the-box thinking she has seen:

“There were many in the years I’ve been working with NATO. Many of them illustrated how detached is the civilian world from the military one. A few years ago an inventor, who ended up on a wheelchair as a result of an accident, designed visual-acoustic goggles, which helped him get rid off all pain he suffered from. NATO is now testing these goggles to see if they can help with fatigue, stress and sleep deprivation that soldiers often suffer.

“The winner of last year’s Hack the Mind Ideathon looked at cognitive warfare through the prism of semantics, which helped to steer a debate in NATO about a common definition of what cognitive warfare is and how each nation will explain it differently based on a particular semantic framework.”

How to Hack the Human Mind? is just one example from the Innovation Breakfast series - there are many more to come. Each guest and each topic are different and the series is likely to attract more and more viewers as well as attendees in person, not least once Covid numbers subside. The next eidition of the series, on 8 February, will be hosted by Kateřina Karbanová (the founder of letokruh.eu) and will be all about NGOs – from running and founding your own to other ways people can contribute or help.

Innovation Breakfasts are held on every second Tuesday of every month. You can find more information here:

If you want to learn more about Charles University’s Centre for Knowledge and Technology Transfer visit https://cppt.cuni.cz/CPPTNEN-1.html 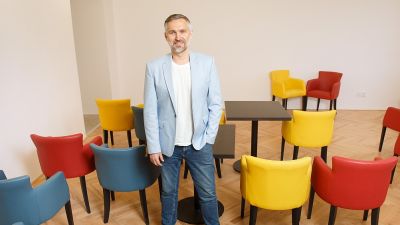 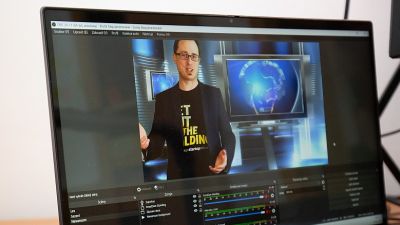 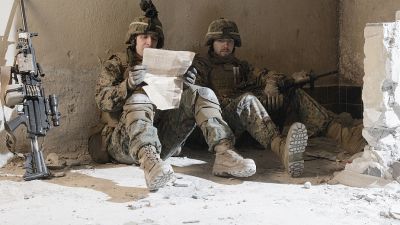