The 65th Summer School of Slavonic Studies in Prague, held at Charles University’s Faculty of Arts, wrapped up this Friday bringing to a close a month of intensive Czech language study. The programme featured not only regular Czech language classes but also workshops, lectures, day trips and other events highlighting Czech history, arts, and culture. Included were film screenings, museum visits, and visits to chateaux. In short, an unforgettable experience.

The idea for a summer school focusing on Slavic Studies dates back to Czechoslovakia’s First Republic; yet, paradoxically, it was introduced at Charles University only in 1948 – the same year the Communists seized power. Dr. Svatava Škodová, the head of CU’s Department of Czech Studies at the Faculty of Arts who oversees the summer school programme, told Forum more about the school’s past: 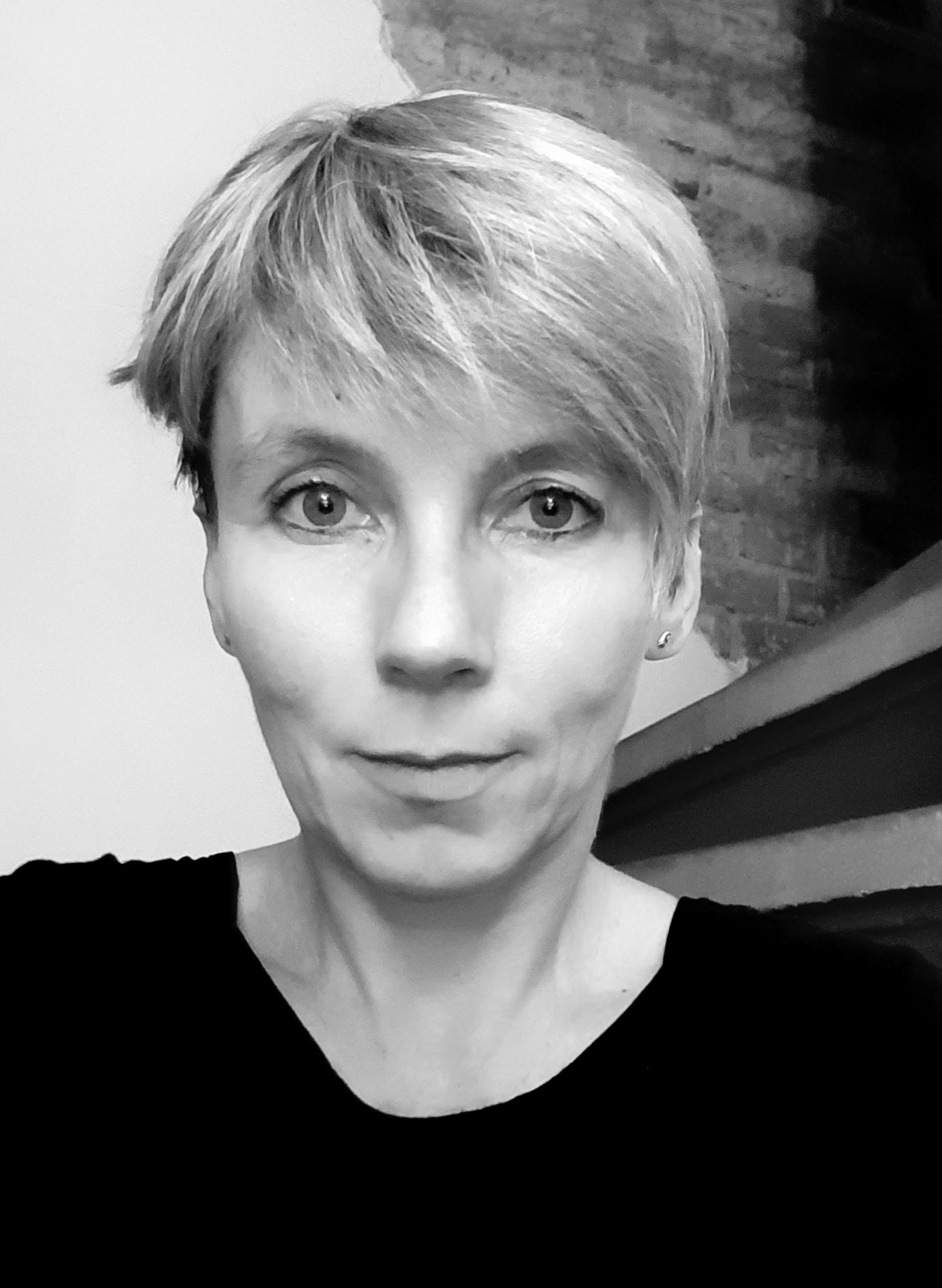 “It was a First Republic idea and the aim was to bring together Slavic countries and to focus on Slavic (Slavonic) languages. Originally, the aim was to teach not only Czech but also Polish, Bulgarian and so on. That is no longer the case: only Czech is now taught, but there are discussions underway to broaden the focus for next year, with workshops that could include Polish or Croatian for students.”

The reason the summer school was not established during the First Republic, says Škodová, was the outbreak of WWII. After 1948, it was halted again for around 10 years, as the Iron Curtain descended. The Stalinist 1950s were one of the grimmest periods in Czechoslovak history, including political show trials, and the sentencing of countless opponents – real or perceived – to prison or hard labour. The summer school would resume only with the political and cultural thaw known as the Prague Spring. The Summer School of Slavonic Studies continued successfully even after the Soviet-led invasion in 1968. 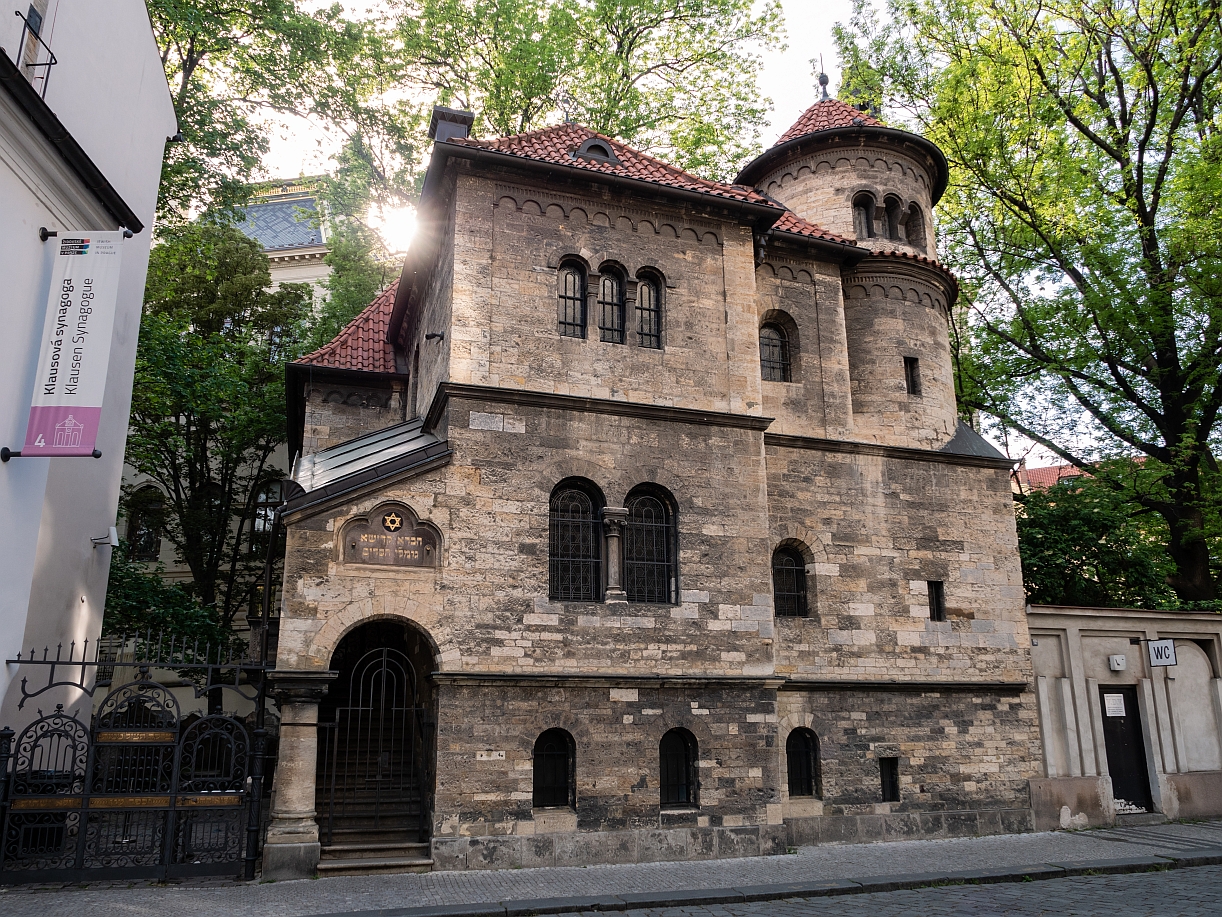 During the late 1970s and 1980, academics from abroad sometimes even from non-aligned capitalist countires  were able to study in Czechoslovakia, learning Czech and accessing troves of documents and resources which otherwise may have gone unnoticed or untapped. In a recent interview for the Forum Radio podcast, acclaimed historian Hillel J. Kieval, the author of several seminal texts on the history of the Jews and Jewish culture and identity in Bohemia, discussed how important the summer school had been for him.

“One of my earliest decisions as a Ph. D. student – knowing already some languages – was that I was determined to learn Czech. To read Czech sources and to understand the place of Jews in modern Czech culture. In the summer of ’77, I paid my first visit to Czechoslovakia and the Faculty of Arts, where I had enrolled in the wonderful programme known as the Summer School of Slavonic Studies. Intensive learning five days a week. I like to tell my colleagues that the bust we used to pass on the way to class then was a statue of Marx, not Czechoslovakia’s first president T. G. Masaryk like today.” 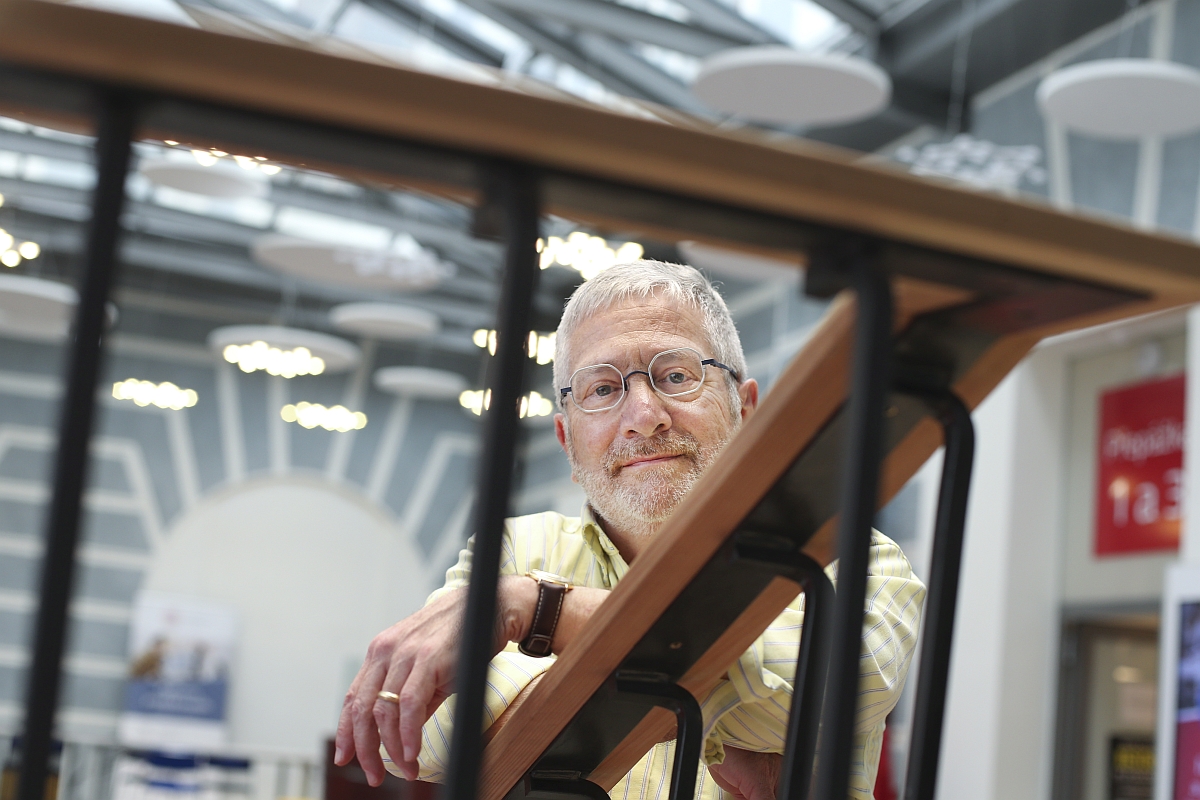 The experience was profound for Kieval and cemented what became his dissertation and later first published book. Linguist and programme head Svatava Škodová says such success stories are not unusual and many well-known graduates keep in touch long after or return for symposia at the faculty. Prague, Czechia and Charles University, remain an important part of their lives and she says most look forward “to returning to Prague.”

The summer school in the 21st century

At present, students can be of any age group from all over the world and before they can apply and take a placement exam, need a letter of recommendation from their university, Škodová points out. Participants number over 100 in total and there are 10 students per class.

“It’s never too late to sign-up: our youngest student is 18 and our oldest? 77! If you are studying Czech or an expatriot there is always a chance to take part. We have students from 36 countries this year, including France, Germany and China. You have, on average 1 to 13 students from a given country – no single country is dominant.” 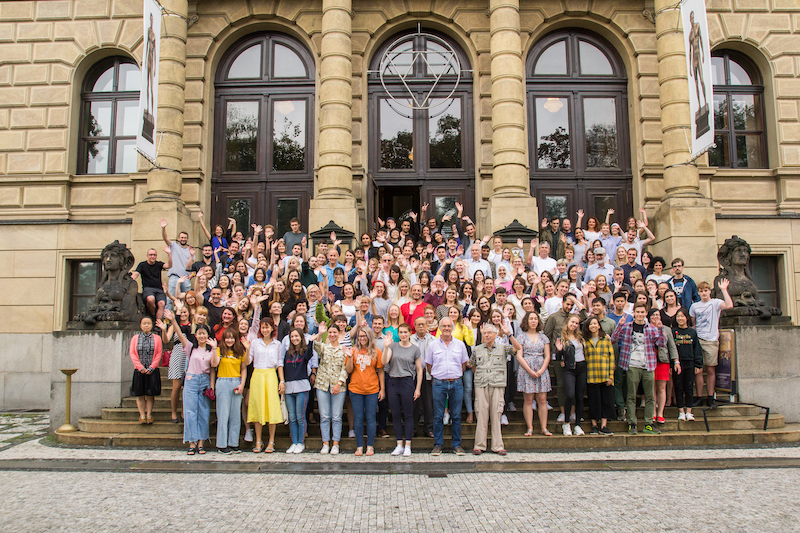 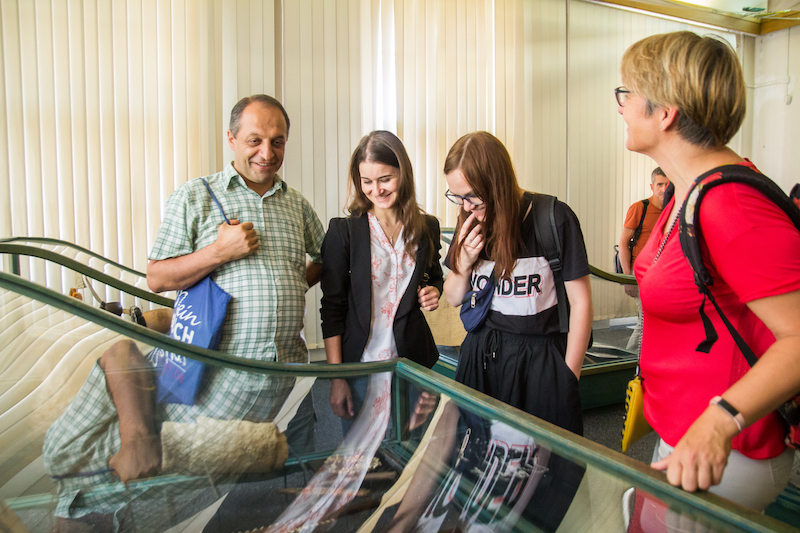 It is important to note that learning Czech as an absolute beginner can sometimes be a bear. The famous Czech "ř" is just one of many pitfalls. On the other hand, what language isn’t difficult at first? Dr. Škodová again:

“It can be very intense and some students may feel a little tired at times, that’s understandable. We had a student last year who asked whether aspects of Czech grammar – conjugation – could be avoided entirely! That was funny. Most take it very seriously but the level they are at is determined by placement testing (which is rigorous – a two-hour written exam and personal interviews). You can have a student who has been learning Czech in China or South Korea for a year, but knows mostly grammar from drills and has little experience with conversation. That’s something we provide. Others are further along and are not beginners but more advanced. All the way to C1 and D.” 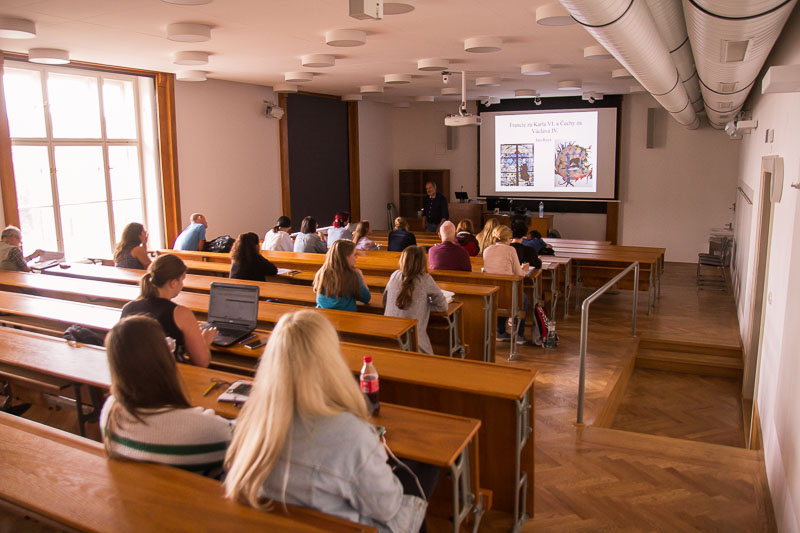 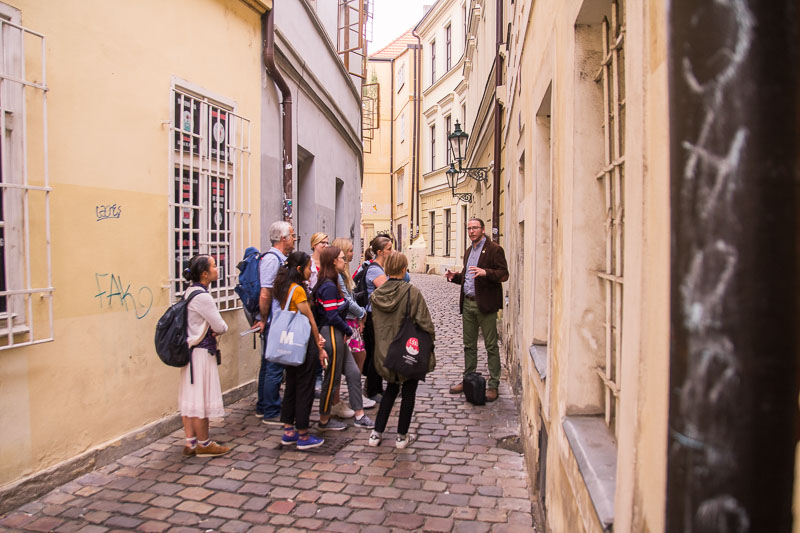 Forum had a chance to speak to some of the participants in 2022, asking what had attracted them to Czech culture and the Czech language before they signed up.

I am from Mexico and I have always been interested in Slavic countries. I already knew some Czech before but the course has really helped. It’s not an obvious choice back home and it’s an area I felt I could do research.

I am from Texas and I began studying Czech because I was interested in film and culture here. I just wanted to be able to communicate. At home, I visited a Texas Czech film festival and that was cool. The full immersion was a big challenge as this is also my first time outside of the US! 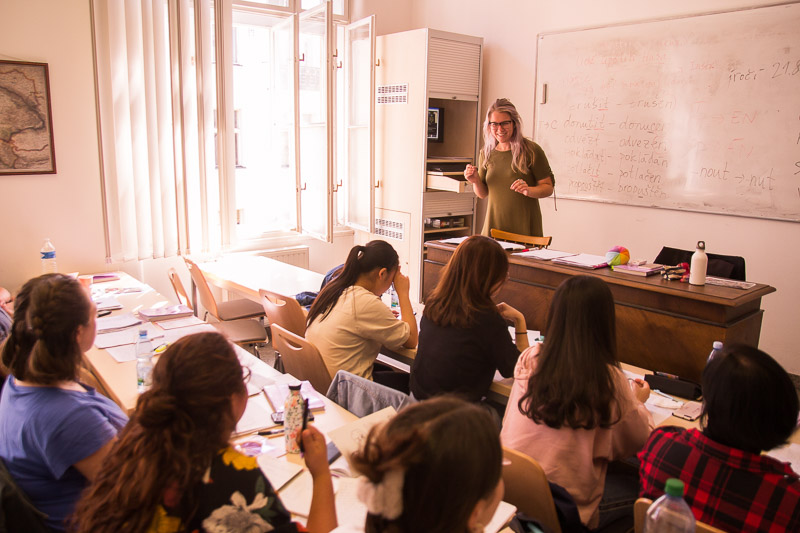 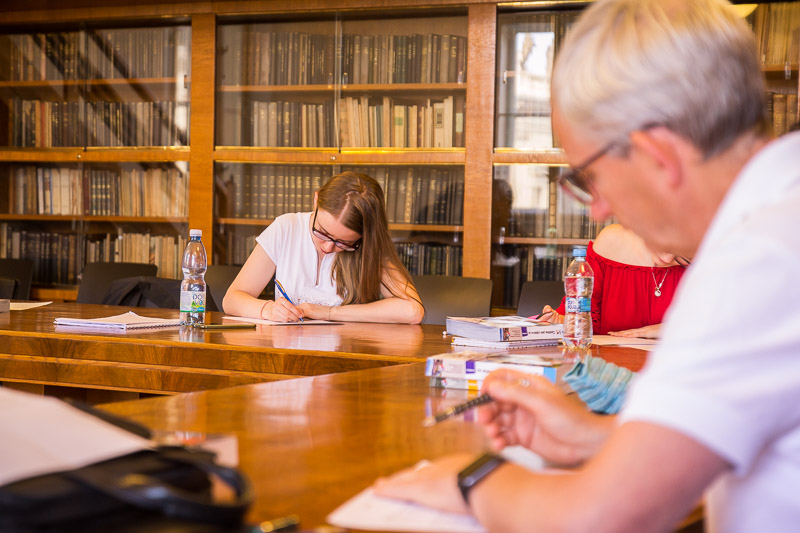 I am from New Delhi, India. I studied Czech for one year at home and decided to follow up here. It’s so great because there are so many cultural trips, extracurricular activities. There are so many great things going on it can be hard to choose. But we can go anywhere. Trip A or Trip B!

I am from Yemen but I live and study in Germany where I am studying computer science. I was interested in Czech even back in Yemen because we had a family member who had studied here, who told us about the culture and language. As soon as I came to Germany, my second European destination was Prague.

Forum also asked about the rich array of workshops that all said they enjoyed. Svatava Škodová agrees that the less formal afternoon activities are crucial to begin using the language outside of the classroom walls: 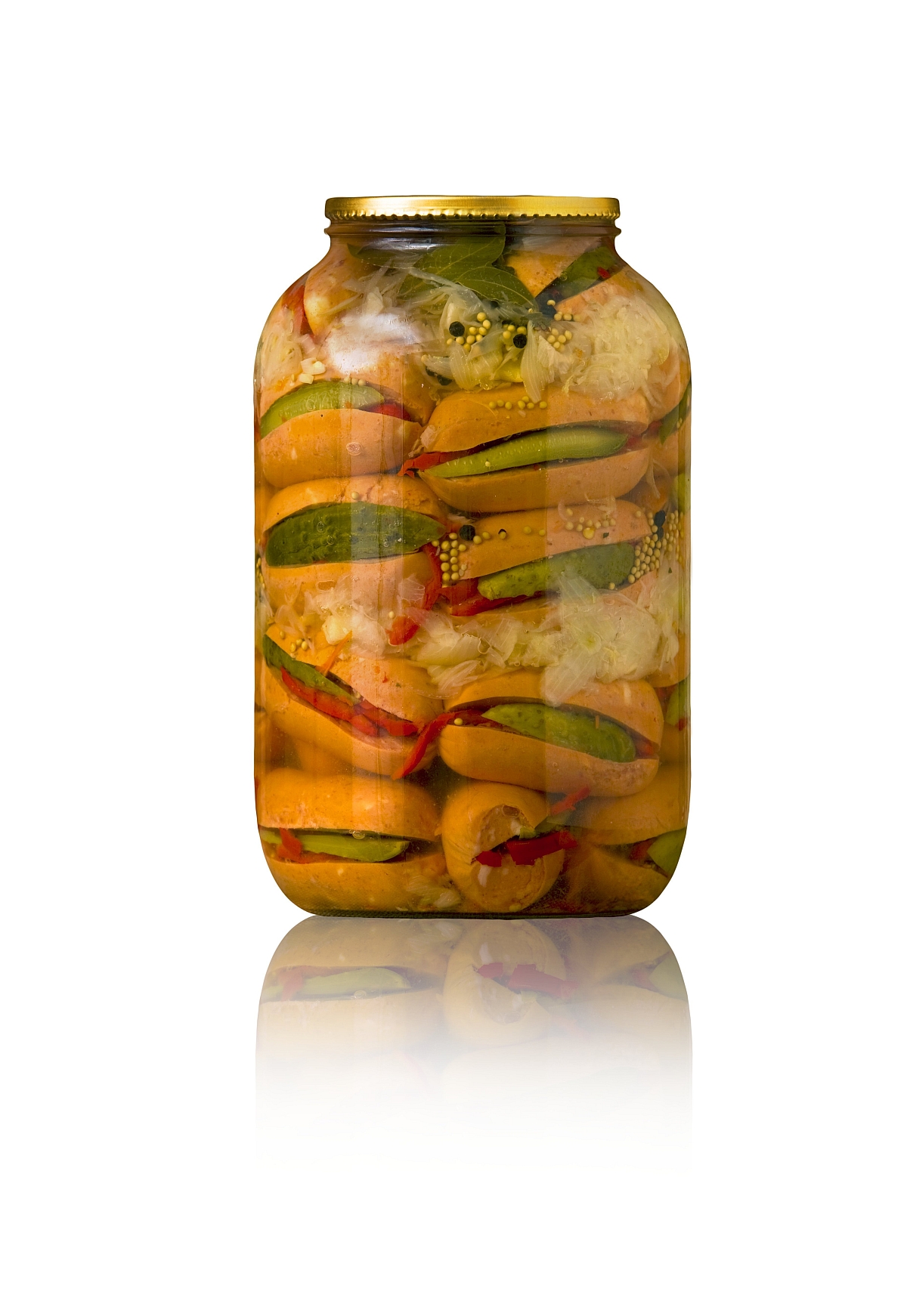 “We have great workshops with experts such as Associate Professor Janeček whose focus is on past but also urban legends and he gives students a tour of exact locations around Prague. Or we had a lecture on recent Czech history and a visit to the National Museum and so on. Students work with Czech language material they have been given but afternoon programmes, compared to the morning, are more laid back.”

The 65th Summer School of Slavonic Studies, which on the day we visited included an afternoon tasting of Czech specialties such as pickled sausage known as utopeneci from the Czech word for drowned and marinated Hermelín cheese, has wrapped up but will not soon be forgotten. Not by a long shot. Visit here for inspiration and further details about how to sign up if you want to experience Prague and Charles University next year. The summer school will be back! 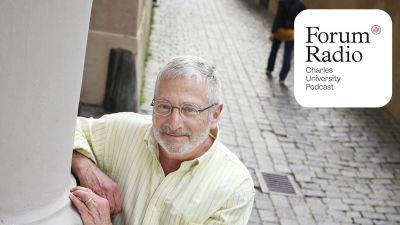 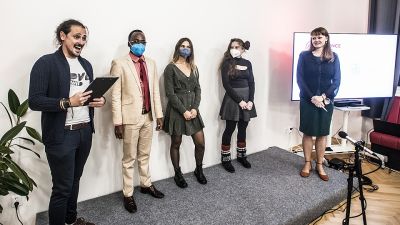 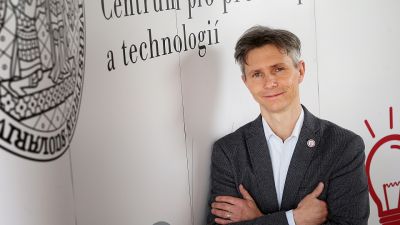