In September 17–19, an international symposium took place in Prague, discussing the position of protestant theology at universities, in the church and in the society. It was organised jointly by the Society for Scientific Theology and Charles University’s Protestant Theological Faculty.

On Friday afternoon, the auditorium of the faculty, usually empty at this time of the week, welcomed over 20 experts from the Czech Republic, Slovakia a Germany, all of which strove to define how protestant theology sees itself at the dawn of the 21st 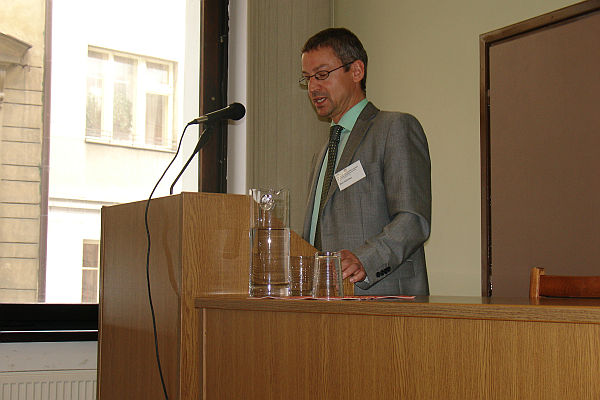 Professor Jens Schröter from Humboldt University welcomed the participants to the oldest university in Central Europe.

The field in which theology as a discipline operates is defined from three different sides. Academic theology takes part in research and teaching, and contributes to the culture of knowledge and education. From time to time, the position of theology at universities however becomes difficult to discern. Theological faculties also educate future priests and religion teachers, thus being in close contact with churches and schools. The third side is that of interpreters of our current reality from the Christian perspective, which takes part in the debate about the values and the orientation of the whole society. 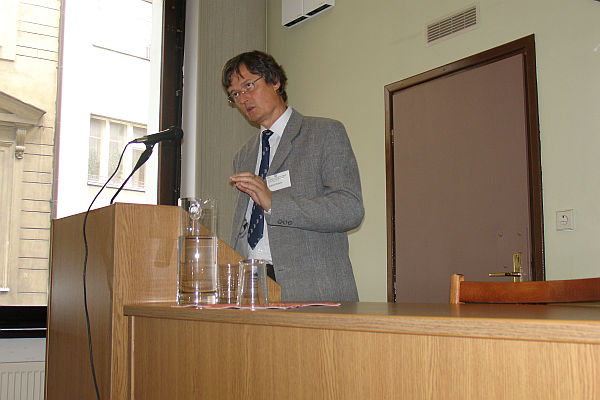 Opening speech by the Dean of the Protestant Theological Faculty, doc. ThDr. Jindřich Halama, stressed the need for new definitions of scholarly theology in new contexts.

On Friday night, the academic discussion segued into a meeting with representatives of the Church and the academic community, which took place at the Patriot Hall of the Karolinum building. Participants were officially greeted by the Rector of Charles University, Professor Václav Hampl.