Jan Chmelarčík graduated from the Master’s programme in sinology at the Charles University Faculty of Arts and is now a postgraduate student at the Institute of Musicology, focusing on the ritual music of Southwestern Shandong. He is also an active performer of Chinese music – he is one of the few Czechs to have mastered the 21-string zheng zither; along with his former classmates, he is also a member of the Kungpao China Rock Revival Band. 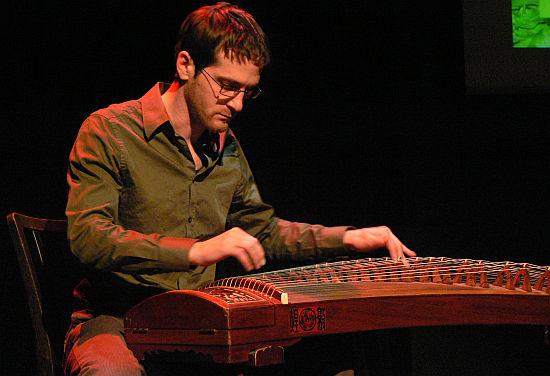 What made you choose to study sinology?

It was more of a coincidence. I hadn’t concentrated on a single field before going to college. I only knew I wanted to study languages. At our secondary school, they recommended us to choose less common subjects – that’s why I went for Chinese.

And how did you end up playing the zither? Thanks to your interest in Chinese culture?

I’ve played the guitar since I was about twelve. Me and other students of sinology formed the Kungpao China Rock Revival Band and started to cover Chinese rock songs. By the way, the band is still alive and kicking, we’ll celebrate our 10th 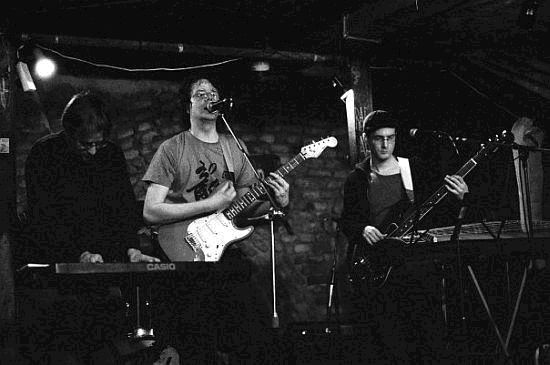 Later, you even went to China to study the instrument…

That year, some scholarships were available and one of the schools that accepted students based on intergovernmental agreements was the Shanghai Music Conservatory. I applied and it worked out. I took not only zheng lessons, but also lectures in the history of Chinese music, an introduction to Chinese opera, storytelling and folk songs. Even though I had studied Chinese for 5 years already, I must admit that the music history class, for instance, was very difficult for me language-wise.

How much did you focus on the zheng itself?

I would usually have one lesson a week with my teacher, Mrs. Sun Wenyan. I would practice regularly every day almost the whole morning or afternoon. Apart from that, I was exploring Shanghai, learning common Chinese, the Shanghai dialect and music theory and preparing for other classes.

How difficult is it to play a 21-string zither?

I once tried to play the piano and I’d say the piano is harder. Zheng has one advantage for the beginners – if it’s tuned correctly, imperfect performance does not hurt one’s ears as much as the violin, for example. You can play rather miserably, but the instrument will still sound pretty. However, reaching virtuosity in playing the zheng is just as difficult as with any other instrument.

How many people in the Czech Republic can play this instrument?

I don’t know, but I’d say that about ten people own it. Some of them play it – at least from time to time, I hope.

Where can you get hold of such an instrument?

It is being manufactured almost exclusively in China. You can get it on eBay, but that comes off very expensive, because it is usually imported to the U. S. first and then distributed further. Having it mailed from China can be risky – the instruments often arrive damaged. I carried my instrument from China myself.

How many times have you been to China?

Eight times total. My longest time there was eleven months on an exchange stay based on an intergovernmental agreement, during which I did the field work for my dissertation.

Did you focus on a musicology topic already in your Master’s thesis?

In my Master’s thesis, I focused on the cultural aspects of the zheng zither in the 20th

Why did you choose to write your dissertation at the Institute of Musicology?

The Institute of Far Eastern Studies was interested in my project as well, but I had the feeling it wouldn’t provide the guidance I needed. So I applied to musicology, where the assistant professor Vlastislav Matoušek became my advisor.

How far are you into your dissertation?

I have a draft of about 500 pages, but it’s still a long way to go. I had some trouble gathering the source material, as I am focusing on a specific region of China and there are no books about it even in Beijing, so I must often travel to meet their authors themselves. I only managed to do my initial field work in my 3rd 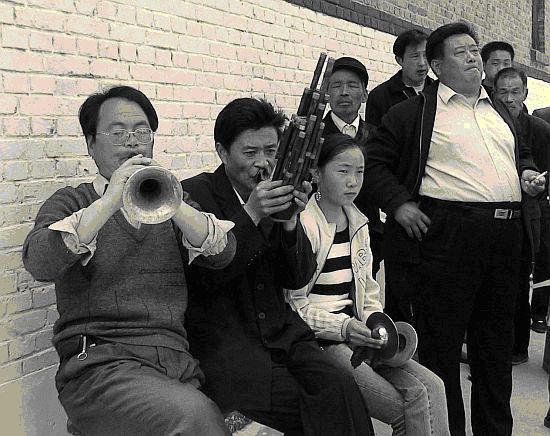 Music at a memorial ceremony, Shandong

I only found out about this after I had come back to Prague and applied for the Chiang Ching-Kuo foundation scholarship. Thanks to the scholarship, I could do more field work. Then I managed to actually record a funeral, but I almost got arrested, because the mayor of the village, who was supposed to ban the funeral, but instead was taking part as a guest of honour, thought that I was an agent of the Chinese government disguised as a Czech ethnomusicologist and that I was collecting compromising information about him.

At the same time, the neighbourhood where the musicians that I’m writing about lived was surrounded by three hundred policemen both in uniforms and plainclothes under the orders of the local government, who kept the local people from going to protest for the tenth time at the central government in Beijing about the unfair compensations for the appropriation of their land by developers. The last time they saw a foreigner in this region was five years ago – 60 years in the village itself – and as a white guy with a camera I was immediately suspicious. Based on this and other experiences I’ve had in the region, I decided to redefine my whole approach to the dissertation, so that it has more value than just me getting a degree. I also wanted to give a report on what’s happening in the rural areas of China, because people from abroad don’t know much about it. 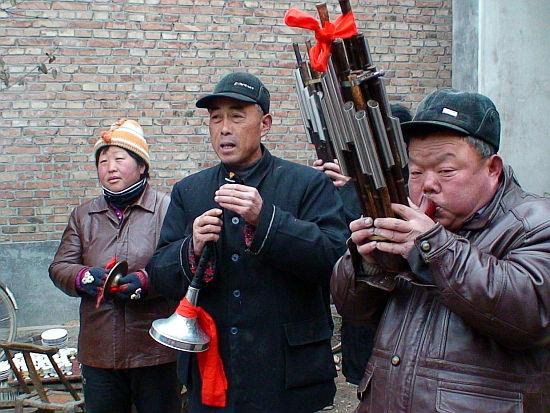 I also managed to get a scholarship of the Anglo-Czech Educational Fund, which enabled me to visit the School of Oriental and African Studies in London, where they do research on Chinese music, including field work in China. I met the most important members and pretty much the whole academic community around Chinese music – I especially admired the work of my British colleagues. I thought they would understand my line of work, but in the end, I had mixed feelings about the visit. The stay at SOAS was without any doubt inspiring, but there were significant differences between me and my British advisors in terms of methodology, content and structure of my thesis.

So, to get back to your question. Now I have so much material that I’m in over my head, but there’s still some time and I believe my British colleagues will eventually recommend my dissertation for publication.