It all started with hogweed

The Charles University's Creativity Award for the year 2009 was received by professor Petr Pyšek on April 7, 2010 in the Great Hall of Karolinum. Professor Pyšek has spent two decades studying plant invasions, a topic he is also working on with his doctoral students at the Charles University Faculty of Science. Last year, 17 papers that he wrote or co-wrote were published in impact journals.

In 1991, prof. RNDr. Petr Pyšek, Csc. became a lecturer in synanthropic botany at the Faculty of Science. Since 2000, he has been teaching a class on plant invasions every other year. His most important teaching activity is training of doctoral students, who often follow him to work at the Institute of Botany of the Academy of Sciences of the Czech Republic.

We must, however, discriminate between them based on the way they entered our environment. Some of them were brought at the very beginning of invasions, during the Neolithic era, when the man started to affect his environment more than any other large mammal. These are called archaeophytes and there are about 300 of them, including various weeds that we would not normally consider outsiders, like field poppy or bluebottle. A different era started after the discovery of the Americas. Plants imported after this event are called neophytes. There are about 1,000 of them, 800 of which are here only temporarily, and many of them have already disappeared. Out of the 800, only 200 are therefore able to grow and spread in our environment. And out of these, only 70 can be actually called invasive, meaning that they spread very fast and at long distance from their mother plants, are able to compete with domestic plants and can even affect the economy.

Do you take into account the way these plants got here? For instance, whether they were imported knowingly or came on their own?

Of course, we have this information about most of the plants. The most dangerous invasive plants are usually among those that were grown intentionally. 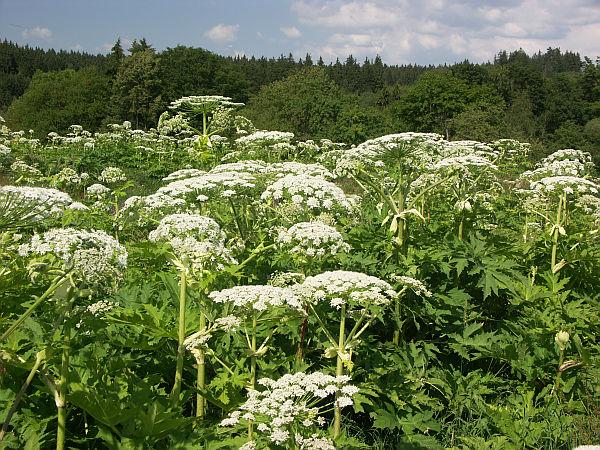 Are the effects of invasive plants only negative or can you mention anything positive?

It is not that easy. It is reported, for example, that about 90% of the food produced in the USA is dependent on non-indigenous species of plants and animals. We can mention cocoa or coffee beans – both of these do very well in the regions they were imported to, which brings obvious economic profit. But in terms of the more recent invasions, it is hard to see any positive effects. However, this is hard to judge, as the conditions, such as the climate and the landscape, are changing. Maybe one day we will have to accept some of these plants to fulfill a function that our indigenous species will no longer be able to, once they are driven out by the invasive species. This is related to a very important aspect of our field – the need to approach each species individually. Touch-me-nots, for instance, have been here for 150 years and do not afflict the species diversity in any way. On the other hand, we have the hogweeds, under which almost nothing grows. Only now are we starting to research the impact of such invasions.

There is a project called DAISIE which spans whole Europe and which has gathered information about all kinds of taxonomic groups (plants, animals, fungi...) and created a database of non-indigenous organisms in Europe. It is now publicly available on the project's website. What we know now is that there are about 11,000 non-indigenous taxons in Europe, only a small part of which are invasive. We then searched for evidence that particular species have negative impacts. We found such evidence for about 1,000 species.

Did you investigate, whether these plants already had negative impact in their original environments?

We have just applied for a grant to do more research into this. As far as we know, numerous species are indeed dominant even in their original habitats. These are competitive plants that grow fast and in many different kinds of sites, so they are widespread even at home. But there are many species that are rare or scattered in their original environment or have a natural enemy there. Through invasion, they lose all of these... 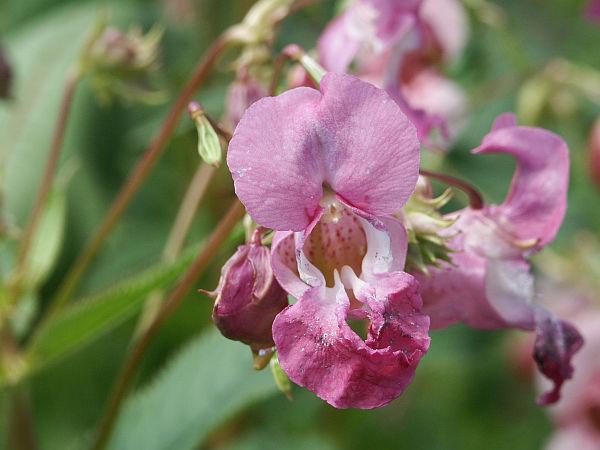 Touch-me-nots are an example of successful invasive species, which however do not afflict the species diversity of the invaded habitats

What is the practical use of this research?

In Europe, a strategy is being designed to deal with the problems related to invasions of plants and animals, because, according to the most recent estimates, combating these species costs the EU at least 13 billion euros a year. Now the decision is being made as how to coordinate the efforts in the most effective way. Naturally, it is best to start with prevention. We have found the ways particular plants move from one place to another. It would be then best to start by regulating the invasion paths. The databases we have created for individual species are a great start.

Our department focused on the research of hogweeds. The more you know about a plant, the better your plan of how to suppress it will be. We published a 50-page booklet in 8 languages, which explains how to fight hogweeds – when it is better to cut it, when to dig it out, etc.

Last year, 17 papers on this topic, that you authored or co-authored, were published in impact journals. You have also been published in Science...

Out of these, I am most proud of the paper that focuses on the qualities that makes a plant likely to become invasive. That is the Holy Grail of invasion ecology, because once you know these, you can begin working on preventive measures in time. We have shown that species-specific qualities are important, bot only in concurrence with other factors and only in the more advanced stages of invasion. In the first stages, the fact whether a certain plant prospers in a new environment depends mostly on how often and for how long the plant is being imported into a given region, and its qualities as such only play a secondary role.