Scientist Jaroslav Flegr on the resurgence of Covid-19

Well-known evolutionary biologist and parasitologist Jaroslav Flegr, who teaches at CU’s Faculty of Science, anticipated in August that things weren’t going to go the way we hoped regarding the coronavirus. As of last week, cases jumped to record levels in the Czech Republic – a marked turnaround from the situation just a few months ago.

Professor Flegr says there is still a “small window of opportunity” in which steps can be taken, where we can act to prevent infections from spiralling further out of control. But even in the best-case scenario, he says, we’re in for a long, tough winter. 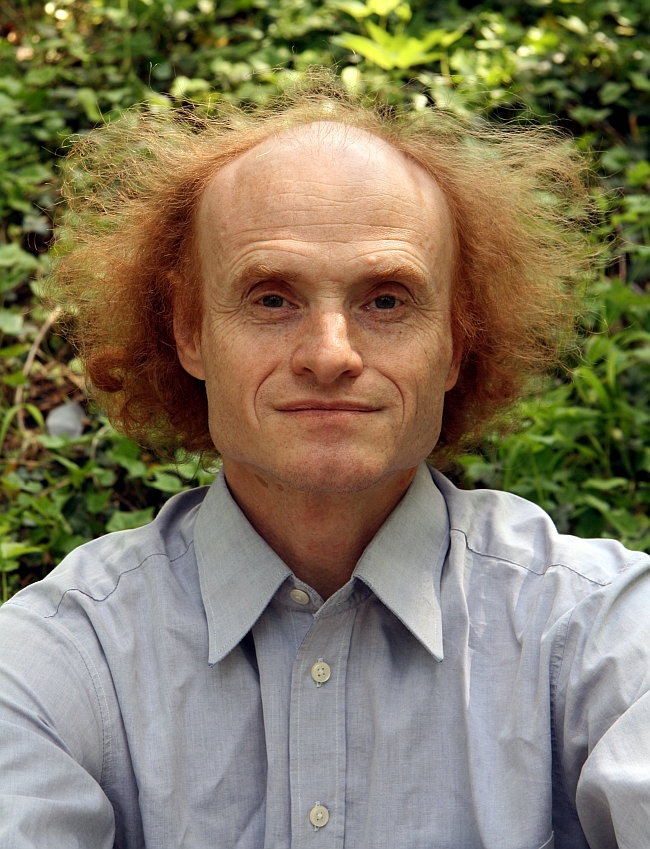 A lot of people thought back in May that the worst was behind us and that we had “won”. Was it a win?

It was not and at the time I believed that our institutions and people involved in fighting Covid-19 knew it. That we had not won but gained a bit of time, a reprieve, by adhering to tough lockdown measures. I also thought it was more than apparent that the moment we started lifting measures, that the virus would come back.

It’s a mistake that politicians and institutions did not warn people more that the problem was not over and that more – even after considerable financial sacrifice - would be required. People should have been warned to shore up psychologically, legislative steps should have taken, measures could have put in place to ready for the autumn when schools reopened.

A lot of people lived with the hope that during the summer the novel coronavirus would fade away, life appeared to return largely to normal. But you’re saying it was a squandered opportunity.

I think that it was clear that in the summer, with schools closed and a few anti-Covid measures remaining, that the spread would drop off, that there would be fewer cases and so on. But I think experts had to know it would come back the moment that conditions convenient for the spread of the virus returned. It was a mistake, they must have known the virus would not disappear and that it was only a matter of time.

Yet many experts worked on gathering data, modelling contact tracing and smart quarantine systems, it seems like the government had plenty of tools with which to try and tackle the problem.

That’s the thing: from the very start they should have increased the tracing system ten- or at least fivefold and should have tenfold increased diagnostic centres and labs for testing. No smart quarantine can work unless you have scores of people by the phone diligently following up on contacts.

Those levels should have been increased many times over: instead of a smart quarantine we have a “smarty pants quarantine” and we are just pretending to trace contacts of patients but instead the number of contacts actually traced is a mere sliver of the real number. At that point, there is very little you can do and now transmission of the virus is set to jump significantly.

At the start, it seemed like no one knew anyone who had caught the virus, then we started hearing about people who had it, say in the same firm but we didn’t know personally, now many of us know someone who has had it, if we haven’t had it ourselves.

In short, this wave is a lot bigger than the one we saw in the spring. The only difference is that people haven’t begun to die [in larger numbers] yet. We are rejuvenated after the summer and the summer saw weaker, selected strains of the virus which could avoid detection and quietly spread. But that will now change: we will see stronger strains dominate and within two weeks we will see the number of cases in the ICU jump, as well as fatalities increase.

That’s similar to epidemiologist Roman Prymula’s view: he also suggested in an article that things are going to get tougher… exactly what none of us wanted.

Yes. Hospitals are going to be hit hard: within a week you will see an increase, within 10 days more people in the ICU and the week after, fatalities, I think. The unlucky candidates, those who will end up in intensive care or die, are already out there – they have already been infected. 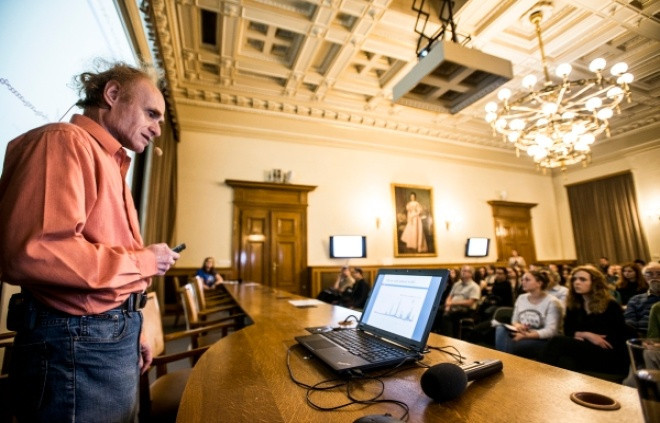 If the situation is spiralling out of control, what can each of us do now to try and prevent the spread? To stay safe? I imagine it’s pretty much what it has been all along: to wear a mask and so on?

Steps such as wearing a mask are the least we can do but we should always think ahead. If you are the boss of a firm or any kind of facility, you should be thinking of contactless doors that open electronically, contactless disinfection stations, single-use towels, to check one’s temperature at the entrance. Each of us can in some way help to defeat the epidemic together.

I’m sorry to say, in my opinion, we can’t expect much from the government: in the spring most of us sewed our own homemade masks; I think here we will have to come up with our own solutions as well, after state institutions – that should have been looking for solutions – didn’t. When it comes to personal behaviour, I think we have to start with face masks: indoors [as is the rule now], at tram stops, at restaurants. Everywhere there are people we should wear masks. I think restaurants should mainly be about seating outside because if you eat indoors and spend quite a bit of time there, the risk is simply higher.

From the start it was about balancing two critical things: keeping people safe but also not destroying the economy and peoples’ livelihood and increasing unemployment and making matters even worse. How can we balance this now, if we didn’t fully before?

That’s the big unknown. What I think we can say is that there will be economic losses and there is no way of avoiding them. All we can do is to try and temper the damage. I think that if we don’t have a dedicated lockdown, the losses will be even greater. An uncontrolled lockdown will be more expensive in the long run and will also last longer than if we had one that we planned [Editor’s note: on the basis of a smart quarantine] where we knew which sectors to shut down and when. We need to invest money in this now: every 1,000 crowns we invest now will save us 10,000 in the long run in the coming tough four months. There will be collateral damage but we can try and limit it – if we act. 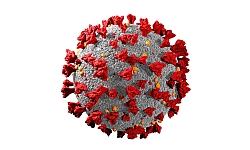 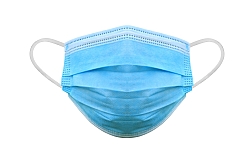 This Sunday, Israel decided it will reimplement for the second time a stay at home lockdown in response. We have seen resistance to shutting down the country again here. What do you think will happen?

I think things are going to develop in a way that some people will be afraid to go to work, others will be hospitalised or have to stay at home because they are infected or in quarantine, kind of an unguided lockdown that will run its own course. We’ll find out which is costlier. I think the Czech Republic will pay dearly but we may serve as a warning example for others.

To come back to steps you think should be taken… what about schools? You said just a few days ago that at the very least universities should shut classrooms and return to distance learning. Do you still think so?

I do. Universities but also high schools should do this because they can and because distance learning is something that they can do well. I think that the situation is now such that we should close grades 7-9 at elementary schools as well. I think there is a window of opportunity – about a week – but that things would be better if we did them immediately. If we don’t hit the brakes now and let Covid-19 spread exponentially over the next two weeks, Czechs will begin to see many more of their fellow citizens die. Nobody wants to hospitals swamped with patients and life and death decisions being made in the hall. If we don’t take steps now, this is what we can expect.

That reminds me of stories from New York where decisions about who would get a ventilator were reportedly made over patients in the hall.

That’s it. That is pure craziness.

If the situation is as grim as you say, are there any brighter areas? Is there anything we can be positive about when it comes to Covid-19? For example, doctors now have a better understanding of treatments that work…

Doctors definitely know better now how to treat the disease. We also had weaker strains over the summer, not much weaker and the stronger ones will return, but for now weaker, and after the summer we have more vitamin D from the sunshine so our immune systems have gotten a boost. Right now we are still in a position to better fight an infection, but a month from now it’ll be different again. Right now we are a little more resistant.

We also know that there are a lot of smart and capable people around who helped and who know how to help themselves. We are independent when it comes to ventilators and face masks and we are a powerhouse when it comes to nanotech [Editor’s note: used, for example, in face masks to protect against the extremely small viral particles]. Those are all things that could help. On the whole, I think we are holding a poor hand of lousy cards and it is going to cost us a lot before we get through the second wave.

Regarding schools: how much will distance learning change how we learn in the future?

I think it will radically change how people study at universities. And it will be a change for the better. It wasn’t a huge change for me personally, because I have been putting up lectures on youtube for years and years. There it was important to set rules and guidelines and links and a reading list. And a manner of testing online.

That’s one plus and it can be inspiring. While it’s been a long time since I myself completed university (the '90s), I took an anthropology course broadcast from a university TV studio which could be described as a kind of a proto-distance learning. Even back then, it worked!

Yes, I think it can change a lot and schools will also continue to innovate and improve.

A lot of people are placing their hopes on a vaccine now but even if we see safe and effective vaccines become available, it will take thousands of planeloads to transport, and it will be some time before life returns to normal. What is your estimate? Dr Fauci in the US thinks late 2021, for example.

I don’t think we will have a third wave next autumn but it really does depend on a vaccine next year.