Man-made Man – Technology and Medicine is an exhibition which has been on at the National Technical Museum in Prague for ten months and shall end on May 27, 2018. This exhibition, which was prepared in co-operation with Charles University and the National Medical Library of the Czech Republic, explores the advancement that humans have made with prosthesis and all other uses of technological substitutes across various fields of medicine.

Technology is something which is supposed to overcome man’s physical limitations and mortality: the telephone, television, and the internet allow us to see and hear things that we can never reach. Machines have come to replace the power of human muscles and computers have come to intensify and strengthen memories in our mind.

Attempts of prosthesis have been happening for centuries. The idea of replacing of the heart is as old as humanity itself, being mentioned in the Old Testament, while dental implants have been found in the remnants of young Mayan girls dating back to 1350.

However, in the technological age of the 21st century, scientific advancements in medicine have taken a huge leap. Deep brain simulations and pace makers have helped to mitigate the consequences of individuals who are suffering with illnesses such as Parkinson’s and Epilepsy. Radical mastectomy has become the usual method of treating breast cancer and has saved thousands of women’s lives and the first successful heart transplant took place in 1967.

In the right hands these technological advances can be used in extremely positive ways. One individual, Mathew who has been paralysed from the head down for his whole life has thanks to science, been able to move things on a computer screen using just his eyes. This has meant that he could carry out simple tasks such as turning off the light without the need for assistance and so it has greatly improved his quality of life. 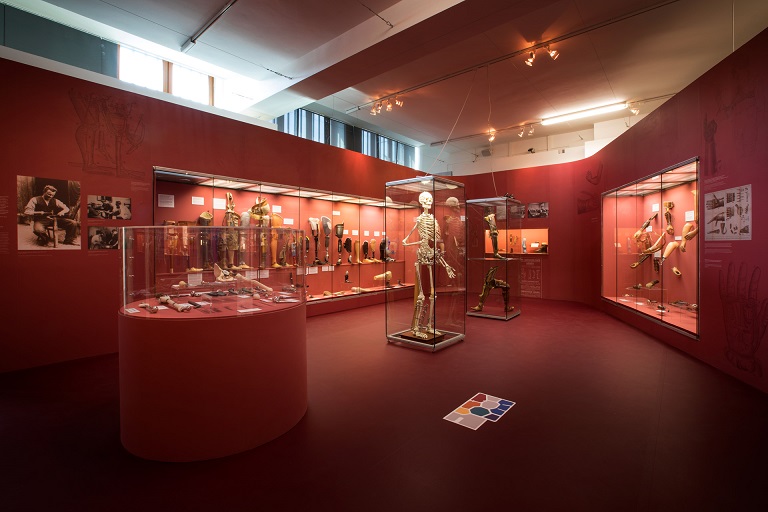 However, in the wrong hands, this knowledge can allow man to become a somewhat prosthetic God. Knowledge is power, but with this knowledge has come the abuse of this power. Kevin Warwick, a Professor at Reading University, wishes to transform himself into a Cyborg. He recently had a microchip inserted into his arm to allow him better control of his robotic device; this has allowed him to simulate the feelings that a Robot hand would feel, feeling up to twenty senses. Warwick hopes for a future where there will be two types of humans: ordinary humans and advanced humans. He wishes to remove evolution from natural selection to instead transform evolution to intelligent selection.

The view that technology can strengthen humans as tangible beings has become a central metaphor to human existence in the 21st century. One was left questioning the previous, perhaps naïve hope for a future where science and technology can work in harmony. To instead being aware of the fragility of this, and the importance of control in a time of such abundant knowledge.

The Man Made Man exhibition showcased the possibilities and perspectives that technology has allowed, as well as drawing upon the dangers that this knowledge can lead to. It aims to highlight the pain of these bodily limitations, and also focus on the power and courage of those that overcome them and the hope, if not faith, that technology can assist them.