A number of deadly viruses are believed to have originated in bats, including Ebola and the original SARS. The indications are that the novel coronavirus SARS-Cov-2 also made the jump from bats, most likely through an intermediary species. Why are so many pathogens linked to the flying mammal? Radek Lučan of CU’s Department of Zoology says the answer lies in the animal’s robust immune system. In short, bats can weather viruses that in “a perfect world” would never spill over to humans. 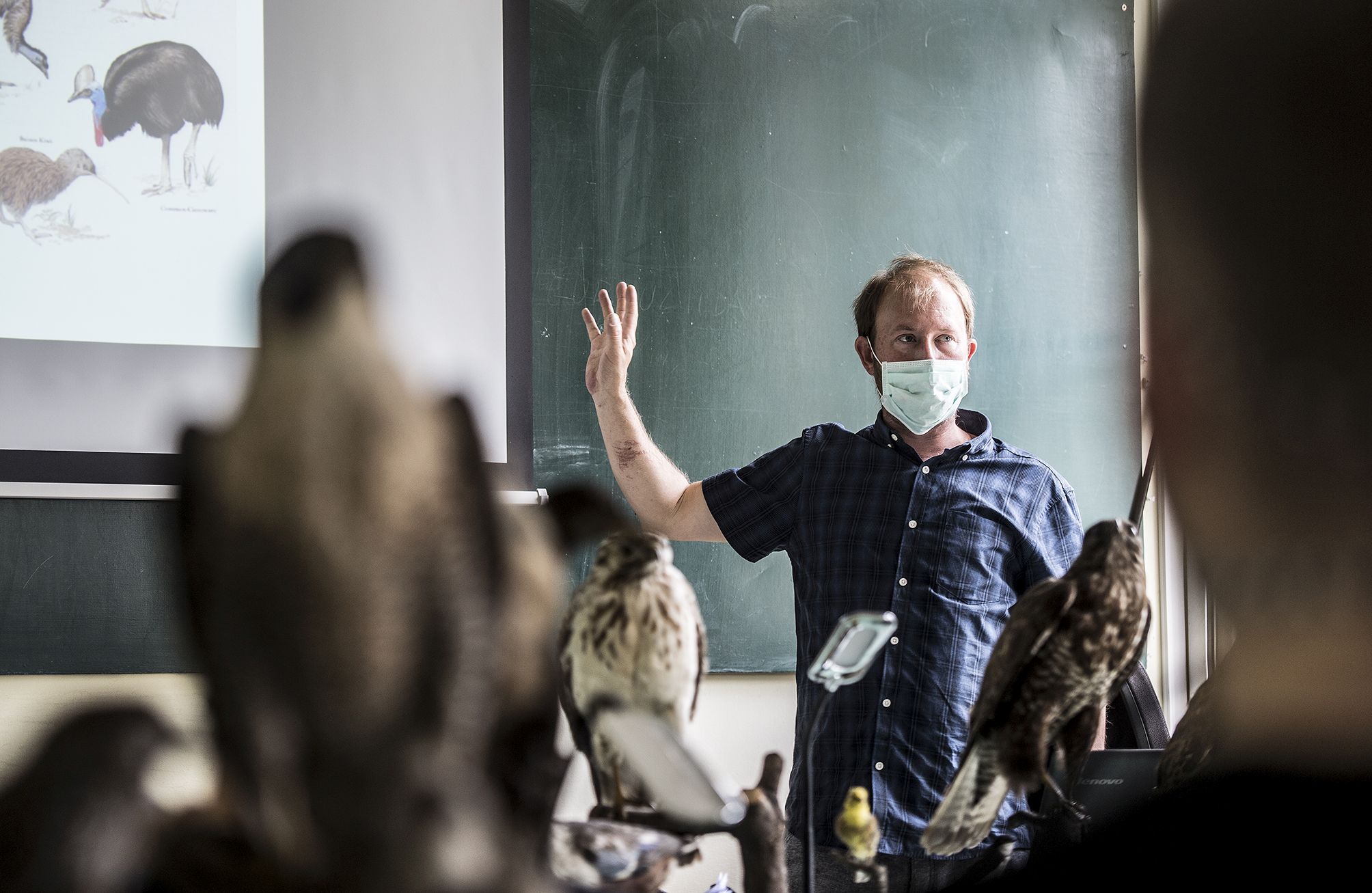 Bats are fascinating creatures - why is it that so many viruses seem to come from them? The first time I read about Ebola, for example, was in Richard Preston's The Hot Zone quite a while ago, and even there they were linked...

Bats are ancient: there are fossils showing they were around more than 50 million years ago; by comparison, Homo habilis lived two-and-a-half million years ago. Many species of bats have simply been around for a very long time and encountered viruses of all kinds throughout their evolution. Bats do not only have the capability of powered flight. They have remarkable social organisation, longevity and thermoregulation, they also developed very strong immune systems over time.

While they may be hosts for a number of deadly diseases, we lack evidence of any direct transmission to humans. Historically most zoonotic viruses have come from domesticated animals and not wild animals at all. Also, the number of zoonotic diseases that are transmissible from human to human are minimal to the number of viruses out there, but there are of course exceptions. 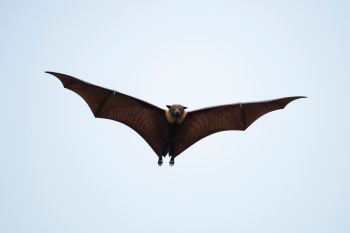 Deadly viruses from Ebola to Marburg or the first SARS were found in bats; but in order to know for sure how pathogens jumped to humans (whether it was directly or through an intermediary animal) we would have to be able to locate Patient 0. That is practically impossible. For example, we have no idea who patient 0 was in the transmission of the coronavirus SARS-Cov-2 that causes Covid-19.

Experts warned for years that a deadly pandemic was coming and there were earlier threats: SARS, MERS, avian flu. Covid-19 is the one that went global, becoming an unprecedented health crisis…

Human population density plays a central role: if a pathogen is especially virulent and human-to-human transmission proves possible, it can move very quickly. When you combine this with how interconnected the globe is today through air travel and trade, a pathogen can pop up on the other side of the world in a matter of hours or days.

I am not sure how we can change that. As we press up more and more against nature, it seems more and more likely that such situations will happen. If you take into account the diversity of wildlife as well as the density of local populations in tropical areas, the chances of an outbreak are even greater. The main difference is, in the past pathogens could not spread as quickly.

Many of my colleagues lay the blame with humans for encroaching more and more on nature, but paradoxically more people live in big cities than ever before. Half the people around the world live in cities and have less contact with nature than ever. Eighty percent of kids in the Czech Republic for example are unable to recognise a blackbird. Even when I take my students at the university on fieldwork to study wildlife, it is a real eye-opener for some of them because it is the first time they have ever slept under the stars. A lot of them have never been in the forest at night. 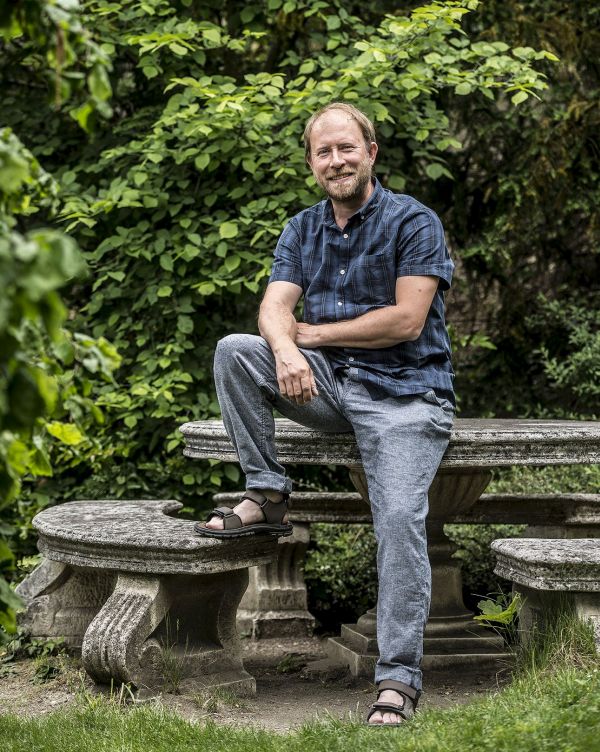 If we have less and less contact with nature – what about other countries?

I spent a lot of time in the Middle East and in North Africa and the contact between locals and wild animals was not as common as you might think. If we are talking about bats, they might feature in local shamanistic rituals. If we are talking about parts of Southeast Asia and some parts of Africa, they hunt bush meat, consuming bats such as “flying foxes”, along with domestic animals like cats and dogs. All of these animals are cooked or roasted and heat of course kills viruses. The danger is in the actual preparation of the raw meat: that is the point where the virus can make the jump.

It is hard to imagine how things might be different in the future. If your city is at the very centre of an outbreak there is even less time to respond, even if you know how.

Short of living in some sci-fi fantasy, it’s not clear how much can really be done. We’d have to be completely apart from nature and be living in some kind of sterile aquariums hooked up in a Matrix-like VR existence, which is nonsense. We will have to get used to the fact that there will be epidemics and new illnesses and we have to prepare for them as best we can. I strongly believe we have enough technologies and know-how to manage such threats successfully.

To come back to the current outbreak, there has been a lot of speculation about where Covid-19 originated, including no shortage of conspiracy theories.

I don’t think any serious scientists are entertaining the idea that it was bioengineered but certainly it is striking, at least for many of us who study bats, that the outbreak happened in the same city where a level-4 lab was studying bats for zoonotic illnesses including coronaviruses. The lab in Wuhan is located just around the corner from the wet market where China officially said it began. And of course the lab was almost immediately shut down as news of the outbreak got out. Only conspiracy theorists think that Covid-19 is manmade but it is not hard to imagine it could have been the subject of study in the lab in Wuhan - and got out.

Given it is a novel virus and given it is often asymptomatic, a scientist could have been exposed to the virus and accidently carried it out of the lab without knowing. He or she could even have gone shopping at the market and the sheer number of people there, in the subtropical humidity, would have ensured that it spread quickly. 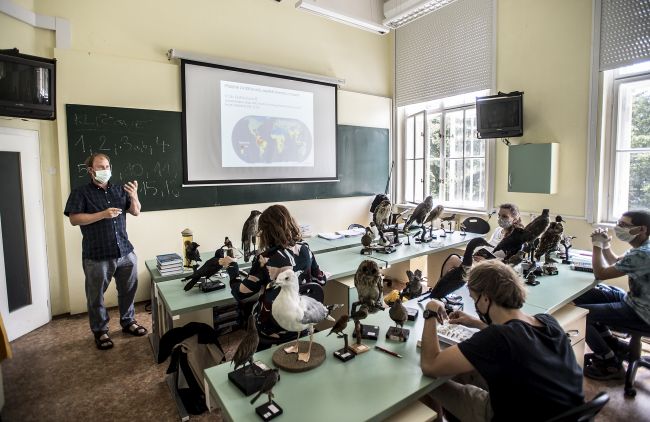 Do you think an international investigation will ever uncover the truth?

One question is China’s regime: I don’t think it will be at all easy to get to bottom of what happened. The only information that gets out is what the regime allows. Methodologically, I don’t see any way it can be done either: it is simply extremely difficult to trace back what happened. Even in scenarios where a lab followed all of the necessary protocol and we even if we had a lot of the missing information, it would still be hard to piece together the exact chain of events.

In terms of future threats, what is something we can influence?

The unregulated hunting of wild game and the eating of bushmeat remains the problem: the easiest restriction would to limit the consumption of bats and wild game. At the same time, plenty of places have restrictions in place and locals do it anyway and not because their livelihood depends on it: it may simply be a question of tradition. I spent some time in the Philippines where hunting for bushmeat is banned but every local has a firearm using CO2 cartridges. They hunt by flashlight and fire these glass balls at any creature that blinks in the dark.

They could live without the bushmeat but for them the meat has a deeper significance. They see it has having medicinal properties and – illegal or not – bushmeat is simply is part of their way of life. For that to change, there would have to be people monitoring the situation on the spot, which is unrealistic. It comes down to education and upbringing and that is not something that can be done “overnight”.

By comparison, in the Czech Republic, the hunting of traditional game like wild boar or deer is of course also regulated and meat has to be tested and meet veterinary standards for parasites and dangerous known pathogens. But there is no reason a novel virus couldn’t slip through undetected the same way even here. It doesn’t have to be in some place far away in the tropics.

When it comes to studying bats in the field in the Czech Republic, are any precautions required?

There are around 45 different species of bat in Europe and most of them are tiny: while we usually have gloves and carry disinfectant, their bite wouldn’t even break your skin. We wear gloves especially when it comes to the bigger species and bites are simply unpleasant. The threat of rabies exists but incidence is very rare – much less than 1 percent of the bat population have antibodies which still does not mean they have rabies. We are vaccinated of course but here’s another interesting fact: unlike dogs, bats do not have rabies present in their saliva so the threat of transmission is absolutely minimal. Throughout my career, I never heard of a scientist dying from anything caught from a bat.

You have done a lot of conservation work as well as popularisation. Do bats enjoy a better reputation today because of it?

They do. The Czech bat conservation trust – which I was a secretary of for many years - does a lot of public education, such as International Bat Night, attracting around 10,000 visitors at around 50 sites in the Czech Republic annually. We are involved in Czech schools with presentations and lectures. The public perception has certainly changed.

In the old days, if someone found a bat in their attic they would just bash it with a shovel. Now, people know better and they know whom to call. In all seriousness, people have learned what fascinating creatures bats are. The protection of bats is in our legislation so when you have the renovation of pre-fab apartment blocs underway and bats are found, bat houses are put up for their protection. Without question, we have seen a lot of progress over the last 20 years. 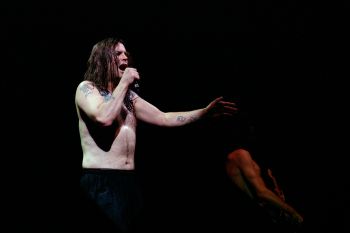 Historically, bats got a bad rap as well, didn’t they...

In medieval Europe, or the Christian world, they were associated with night and areas underground that brought to mind Hell; their wings were seen as demonic. In many cultures in the past, bats were feared or disliked but one exception was Japan, where they were a good-luck symbol. Bats are remarkable and they are very beneficial in many ways. They play crucial roles in tropical and other ecosystems, responsible for pollinating all kinds of plants, including banana or durian. They keep insect populations, such as mosquitos, in check. A single bat can eat one-third of its body weight in mosquitos in a single night. In 2007, a study in Science showed that in the US one single species, the Mexican Free-Tailed Bat, saves America four billion USD per year in insecticides. They have a positive impact.

While they certainly carry viruses, as I said, there is no record of any direct transmission to human beings. If anyone was ever at threat it would have to have been Ozzy Osbourne [in the infamous] incident when he allegedly bit off a bat’s head. And he was okay and has been going strong ever since. (laughs) But otherwise? Ordinary people almost never come into contact with bats and even when they do, they are far more likely to simply spot them flying overhead than to ever hold one in their hands.