Charles IV Viewed by a Historian

Charles University, the city of Prague as well as the whole of the Czech Republic remembers the 700th anniversary of the birth of the Bohemian King and Roman Emperor, Charles IV in the year 2016. Charles IV, son of the last Bohemian princess of the domestic Přemyslid dynasty, Elisabeth of Bohemia, and John of Luxembourg, the first of the Luxembourg line on the Bohemian throne, was the biggest ruler in the Czech (or Bohemian) middle-ages, the founder of Charles University, the New Town of Prague, Charles Bridge and many castles around the country. We approached Professor Lenka Bobková from the Faculty of Arts at Charles University, one of our leading experts on the period of Luxembourg Kings, to share her views on Charles IV. 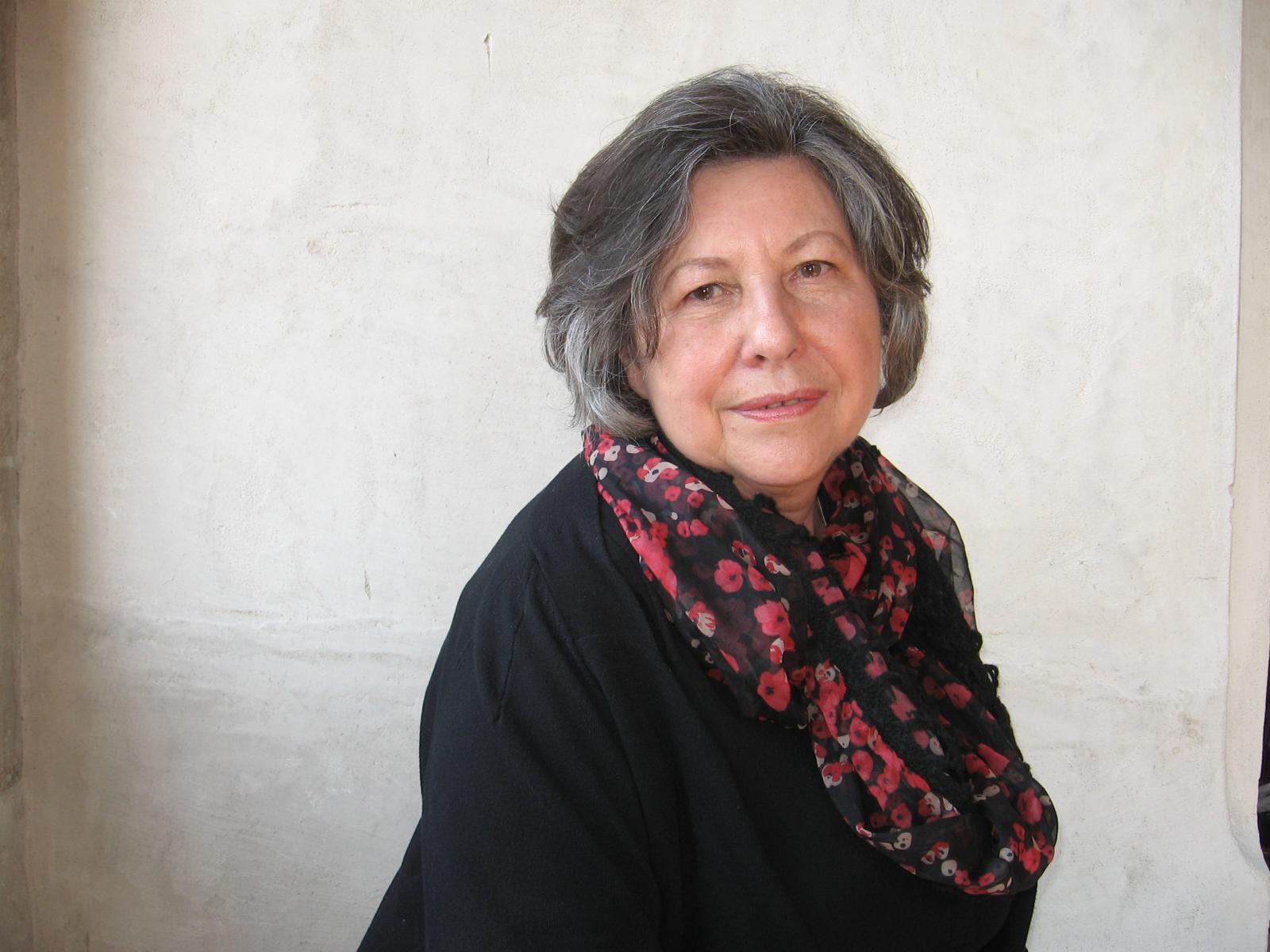 1. How have the Czechs viewed Charles IV throughout history and what is their approach to him at present?

Several years ago there was a television programme, a sort of competition, in the Czech Republic that was to select the greatest Czech. This competition was won by Charles IV, which was in a way a surprise as he even beat the first Czechoslovakian President, Tomáš Garrique Masaryk. In this competition, it became clear that Charles is not only understood as a representative of a state that lived through a period of great flourishment in the middle-ages, but that he was also a mighty European sovereign when Roman Emperor. After this competition, a discussion was started as to what it actually meant to be the greatest Czech. Here the thinking of the 19th century was revived by people again thinking in national and ethnic categories. The greatest Czech as a statesman and a person closely connected to the Bohemian Kingdom was Charles.

What people appreciate and what is resonating in this year’s 700th anniversary are the monuments that remained after the time of Charles IV, despite many of them only being completed in the time of his son, Wenceslas IV. Greatly appreciated is the university founded by Charles IV. Recently more people, including historians, are starting to interest themselves in Charles’s private life. They are examining his relation to his family, especially to his sons and wives.

2. Since we have already touched on the topic – how was Charles’s family life?

He was a man at the head of a state, so for a family life in today’s sense of the word he had hardly enough time. Charles may have had many children, but several of them died in childhood. However a son, who would survive until adulthood, was born as late as 1361, so for many years the family missed an heir. The only marriage that proved successful with children was the last one.

What people most like to ask about are Charles’s wives. Charles IV had 4 wives; a fact commonly known by Czechs. The first wife, Blanche of Valois, was more of a friend, he met her during childhood, although it cannot be said that they would exactly grow up together, they were close in age and are said to have had a good relationship. She was actually the only wife who managed to keep Charles “at home.” In the time of his marriage to Blanche of Valois, Charles was for the most part still only the Margrave of Moravia and he indeed spent much more time in Prague than he did in the later years when he stood at the top of the Kingdom of Bohemia and the Empire.

The second marriage was a political affair arranged by Charles, but it is hard to judge the relationship as the marriage lasted only a very short time. A son (Charles’s first) was born out of this marriage, but he only reached 2 years of age and shortly after his mother, Anna of Palatinate, also died. The only thing written about Anna of Palatinate in the chronicles was that she was beautiful.

The third wife, Anna of Schweidnitz, was very young. She was only 13 years old when she married Charles. She was a young girl, who Charles liked a lot and who also experienced the most glory with him. She was the one to accompany Charles to Rome, the one who was crowned as the Roman Empress – and she was also the wife who finally, after many years, gave Charles a son. But also her life ended early, she was 23 years old when she died giving birth to her third child.

The fourth wife, Elisabeth of Pommern, who was 16 years old when she married Charles, was a very remarkable young woman, who in the following years was a great support to Charles and, as I have already mentioned, also gave the most children to Charles.

3. How was Charles IV’s personality?

Charles was without doubt a very capable sovereign, who soon had a clear idea about how to lead his political concept. We need to be aware that he stepped onto the Bohemian throne at a time when he was 30 years old and even before his enthronement to the Bohemian Kingdom after the death of his father, John of Luxembourg, he was elected to be the Roman King. At the age of 30 he most likely had a clearer idea and more experience than John of Luxembourg who had arrived to Bohemia at the age of 14. Charles also knew to surround himself with very competent advisors. He was probably very demanding when it came to their assistance, but he certainly knew how to award them too. Charles’s advisors were firstly prelates, people of the church stand, most notable was Ernest of Pardubitz (Arnošt z Pardubic), the Archbishop of Prague, but there were also other people, as well as representatives of the Bohemian nobility who were loyal to Charles.

4. What was the significance about Prague for Charles IV?

Prague as caput regni, the capital of the kingdom or head of the kingdom, stood in the centre of Charles’s activities. But the influence of Prague was visible also in other parts of the kingdom. For Prague was in particular important as many people arrived to the Imperial court, a lot of them of political significance, but also writers, musicians, artists. Therefore Prague became a centre that could be attractive for Europe and the presence of so many people brought gain to the city and in a way also to the whole country.

5. I take it this is one of the reasons why Charles IV is so very important for Czech people. Could you sum his most important activities up?

The inhabitants of Czech lands (Bohemian Kingdom) in the past and consequently also present Czechs have viewed Charles IV so important primary because he made Prague the capital of the Roman Empire. Charles enhanced the Bohemian Kingdom to the high European level; he founded a university in Prague, took care of building the Stone Bridge (today’s Charles Bridge), he rebuilt the Royal Castle in Prague – these were all the activities that were very, very important for the Czechs.

6. How was Charles IV able to finance all of these activities? Was his main income from the rich silver mines of Kutná Hora, the second most important Czech medieval city and one of the richest silver mines in Europe of that time, or was he using other financial sources?

Charles IV was a very careful economist as he had to look after the financial affairs. It was not just the income from the Kutná Hora silver mines and the coin production, but there were also other sources such as taxes, incomes from the royal towns and also other means of financial income. Although Charles supported towns as well as commercial roads on which duty was collected, we cannot say that his economical balance would have always been equal. Similarly to his father, John of Luxembourg, he also tried to balance his budget with various pledges and loans, however it was an activity that was completely regular and was executed by all medieval rulers. At this time it might have even be more transparent than today. This all means that his politics was very complicated in respect of economics and he also had to level up many debts.

7. One of the important sources of income of rulers in middle-ages, be it national kings or the emperor, were Jewish communities. How was Charles’s relation to Jews?

This is a very difficult question and we view it mostly by today’s eyes and look at the position of Jews a little differently than people did in the middle-ages. The big plague epidemics of 1348 was one of the first opportunities to attack Jewish communities. Jews were accused of poisoning the wells, or simply causing the plague epidemics. The main reason behind all of these accusations was however the desire of the people to get rid of their debts to the Jews. The king, both the Bohemian as well as the Roman one, was to protect the Jewish communities, seeing to the fact that they were an important part of their income. But it was likely to have been difficult to oppose the wave of antagonism against the Jews and even the rulers that followed it. In the case of Charles IV people most often mention the hardly excusable fact that he published a statement that if in Nuremberg the Jewish community should be destroyed, the space where the Jews had their houses should be given to the citizens of Nuremberg. It is therefore quite clear that the pogrom indeed took place.

Thank you for the interview!