THE REAL WORLD ADVENTURES OF ALOIS MUSIL: A BRIEF LOOK INTO HIS LIFE AND DISCOVERIES

If, like me, you are interested in history but not passionate enough that you want to spend hours in exhibitions reading reels of facts and information, then the present Alois Musil exhibition "Alois Musil – Czech Lawrence of Arabia" in the Faculty of Arts provides the perfect middle ground. Situated in a quiet corridor on the top floor of Charles University, the Faculty of Arts Celetná Street building, Department of Ethnology has put on a modest exhibit of Musil's impressive life and work history.

Alois Musil (1868-1944) is unfortunately not commonly known to present Czechs (or foreigners such as myself) but he was a very interesting person. The central display of the exhibition is the profile on Musil himself. His unique life ambitions and explorations are enough to make anyone engage with his history, and it certainly made me want to read more about Musil and his impressive achievements. 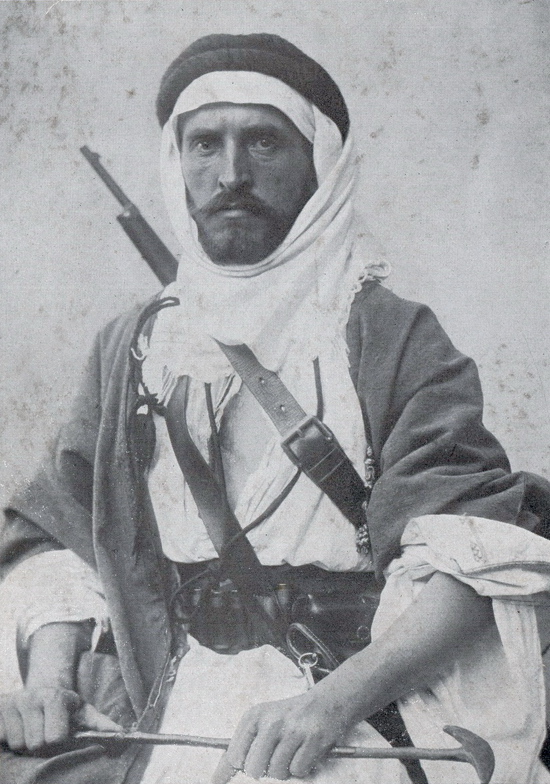 Musil’s connection to Charles University was established in the first years of the independent Czechoslovakia: "In 1920 he was appointed Professor of the Faculty of Philosophy and Arts at Charles University in Prague. He played a key role in establishing the Oriental Institute in Prague, an organisation facilitated by President Masaryk. It was also Masaryk who urged Musil to publish his life's work in English to promote Czechoslovakia."

Musil’s research and work is undoubtedly impressive. A Catholic priest by education and profession, he travelled to Jerusalem and Beirut in the last decade of 19th century to further his knowledge of the Bible. Here he became interested in the Arab world and spent the next two decades travelling within it, collecting a huge body of scientific material. During these years, Musil mastered 35 dialects of Arabic among other modern and classical languages. His extensive knowledge of the Arab world led Austria-Hungary to task him with military missions in the region during World War I. Musil acted thus as opponent of the more popular British T. E. Lawrence, the famous Lawrence of Arabia.

One of the first displays I came to at the exhibition features four small sections of text - two in Czech and two in English - which were decorated with several images of some of the Umayyad desert castles discovered by Musil in today’s Jordan and Syria. The texts give descriptions and historical information about 'Qasr Kharana' and 'Qasr Al-Mshatta'. Though the descriptions are brief, they certainly do not lack in substance and provide all necessary information in a succinct form.

The next few displays follow a similar theme, with a main text in the centre and images peppering the outside. Most of them centre on the Umayyad desert castles, while one of the displays addresses the rock-cut architecture of Petra, Jordan.

The Umayyad desert castles were Musil’s biggest discovery; the most impressive of the desert castles remains his first discovery, 'Qasr Amra', from 1898. This desert castle, originating from the first half of 8th century, has been a UNESCO World Heritage Site since 1985. Qasr Amra is most notable for the frescoes on the inside walls. Many of these depict representations of people, a practice which was later forbidden in Islamic countries.

The best part about this exhibition for me was the display cabinet of photographs of Musil and several of his books. Both the books and photographs are still in impeccable condition and both are a fantastic window into who Alois Musil really was. It is reassuring to know that such important and rich history is being given the proper recognition and care by Charles University. Their passion for preserving historical artifacts is apparent as you walk through the building and along the many exhibitions on display, and it's obvious that this level of passion and care is intrinsic to the Alois Musil exhibition.

The exhibition only took around 25 minutes to look round in its entirety, so I would particularly recommend it to anyone looking for a quick fix of history while they have a few minutes to spare, or with only a short break between lectures. The exhibition is open until the end of September 2016.