Climax or Beginning? Modernity, Central Europe and the Great War

From a young age I have had an avid interest in the big events of the past hundred years. For reasons that don’t need stating, it’s quite obvious that the Great War was one of those events. The international conference “Climax or Beginning? Modernity, Central Europe and the Great War” held in Prague by the Faculty of Arts, Charles University on the 24th and 25th of October was thus truly fascinating, and I relished the opportunity to attend.

What strikes me as unique about this particular conference is the manner in which it analyzed in detail the aspects of the war that are most commonly overlooked. Everyone wants to hear about the big battles of attrition and the dead man’s land; no one thinks to examine the more human side of war, as this remarkable two-day conference did. 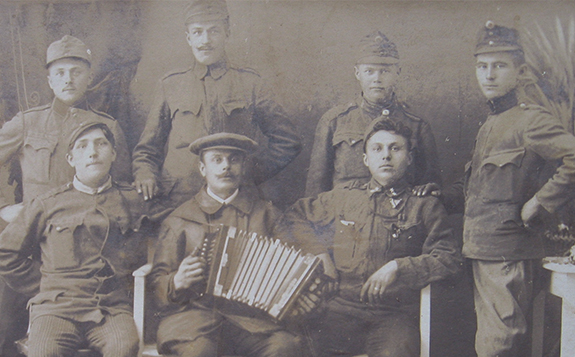 I personally attended on the first day of the conference as the issues of gender and religion as analogous to war that were on programme then were two that particularly fascinated me from my own perspective. While all the discussions that day were interesting, I found that the various speakers of the early morning session regarding the volatile issue of sexism during World War 1 were fascinating. The first speakers from Prague were particularly excellent in their analysis of what was considered, in the time of the Great War, the “weaker sex”. While the men were out fighting and dying in the trenches, women were relegated to munitions factories and staying at home with families, no matter what they themselves may have preferred. While I was aware of this from my own education, what I had never considered before was how that must have felt. It is truly amazing to consider the strides we have made from that time to our own, where some of the most skilled military figures of the 21st century have been women.

I also found that the talks on religion during the later morning lecture block were quite interesting. It was amazing to consider that before World War 1, over 90% of the population of the territory now known as Czech Republic identified themselves as Roman Catholic. The decline of the Roman Catholic religion in favour of the Czechoslovakian national Christian churches, the Evangelical Church of Czech Brethren and the Czechoslovak Hussite Church, after the foundation of Czechoslovakia was something which absolutely captured my attention and I found it all remarkable.

I dare not focus on these specific talks to undermine the other speakers of the day; all were excellent and the experience was truly harrowing. The discussions on science, the arts, migration and the ever-changing political map of Central Europe are by no means belittled as they were all equally as intriguing. The presence of local history on the day was fantastic and I thoroughly enjoyed every aspect of listening to human stories of war, on a microscopic scale rather than the macroscopic, inhuman facts and figures we are so often bombarded with as we read through our history books. The entire day was truly an eye-opener, and on a finishing note I would like to congratulate all who were involved in the weekend for putting on such an insightful, informative conference.