Zuzana Marie Kostićová is a professor at the Department of Religious Studies at Charles University’s Hussite Theological Faculty (focussing on the research and study of different belief systems). 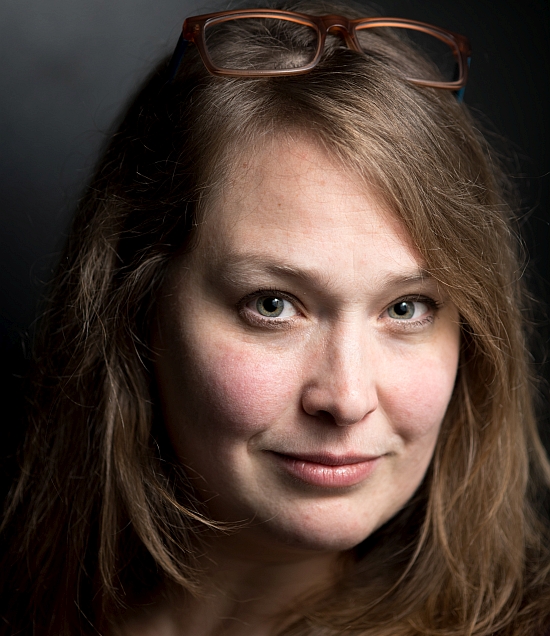 An expert on the Maya, Kostićová has written a number of books about the ancient Mesoamerican culture including the role served by blood sacrifice. Her first exposure to the ancient culture came when she was just a girl.

“When I was seven, my father worked in the commercial department in Mexico and I spent around five years in Mexico City. Naturally, I saw many of the historic ruins - mostly Aztec and the ruins of Teotihuacan. Once we took a longer trip to the Yucatan to see the Maya ruins and that had a profound impact on me.

“It left an impression and that stayed with me until I was about 17 and later blossomed into an academic career. So these were the first reasons I became interested in this field.”

How much do people differentiate between the Maya and the Aztecs, do they ever confuse them?

“Maybe a little. People have this general idea that the Aztecs were the ones who sacrificed people, and think of the Maya as this wise civilization gazing at the stars from the tropical rain forest, counting time and worshipping the gods. In reality, both of the cultures had human sacrifice, both were steeped in astronomy, and both were people like us.”

At what point did you return to Mexico or some of the other countries where remnants of Maya civilization are found?

“I went to Spain in 2003/2004 as an Erasmus student and later I had an opportunity to spend a semester as an exchange student in the U. S.. I originally went to the University of New Orleans in Louisiana but I arrived about one week before Hurricane Katrina. So when Katrina hit I had to pack my stuff and leave. The question was what to do next. I decided it was an opportunity to go to Texas.

“I had wanted to originally but only one spot had been available which was gone. I thought maybe I could spend a month at the University of Texas at Austin to work on my thesis and then return home. But it turned out that the university was accepting people escaping New Orleans and I secured a place.

“I really loved it there: U of T at Austin is one of the best universities in the country in terms of Maya studies, with people like David Stuart or Julia Guernsey. I was able to attend workshops for post-graduate students: it was paradise for a young Mayanist.”

What did you work on while there?

“I wrote my bachelors thesis about the deity known as the feathered serpent, Quetzalcoatl, and it touched upon the problem of human sacrifice. After that, I decided I wanted to learn more. I was less interested in techniques and methods but wanted to understand better why they did it. I focused on colonial texts that had been written mostly in Maya languages, in Yucatec and K'iche', and tried to research more what human sacrifice was for, what its main raison d'être was.

“At the time I came upon things I would use even later in in my books, Krvavé rituály (Blood Rituals) which I wrote with Markéta Křížová and Sylvie Květinová, and also my recent Náboženství Máyů (Maya Religion). The idea of human sacrifice and why it was done basically goes back to that first thesis.”

What were some of your conclusions, then and now?

“I came to see human sacrifice as an essential paradox. If you look at the literature of that time and even at the literature today, you see than scholars conceive human sacrifice as both a sacred duty and as a privilege. That might sound strange but there is a kind of reward in the afterlife: you die and come to the best of possible 'heavens'. If you die on the battlefield, if you are sacrificed, or if you are a mother who dies in childbirth: those are the three best ways. In a way, human sacrifice is a privilege.

“At the same time, it is a duty. You generally find this approach in the Phenomenologically oriented scholars such as Davíd Carrasco who insist that this is the main core of human sacrifice. You have to ‘feed the gods’ with your life force because if you don’t do it something horrible will happen.

“I came to realise is that there is a third dimension to human sacrifice that is often overlooked: that human sacrifice is punishment as well. It is never the winner who pays the price: it is always the one who was bested in battle. Or is a captive or a slave and there is a marked difference in power between the one who sacrifices and the latter.

“But these things are intimately alike: in Europe 500 years ago the way we beheaded our criminals in public ceremonies of blood and torture… there is a similarity. In a Czech context, what happened on the Old Town Square in 1621 after the Battle of the White Mountain is a textbook example of human sacrifice. The only thing that is missing is the dimension that you are doing this for the gods. But that I would say is a matter of discourse and rhetoric. The actual practise is basically the same including torture beforehand. You did it as a warning for others not to rebel.”

I remember reading about the emergence of the modern justice system in Foucault I think and it starts with a scene where a figure is drawn and quartered. Not only is it humiliating in front of the crowd but of course horrendously painful and soon the person is reduced to [body parts], to nothing… to something valueless.

“But are you? Because it is not always like this. In the Christian context the most striking example is the Spanish Inquisition. There if you underwent cruel punishment, according to the belief at the time, it kind of redeemed you for the afterlife – sometimes more, sometimes less.”

The Maya had seasons - or cycles - that were bad for the population. Such a date according to the Mayan calendar was in 2012, and in their day the Maya at such a moment would have to do their utmost to appease the gods, right?

“Yes. It is an essential characteristic of Mesoamerican culture and the Maya specifically: they really were very pessimistic. If I exaggerate a little bit, they awaited the end of the world basically every week! But what did that mean? That meant there were periods of higher risk of horrible things happening. In a way, I think that that view was very practical when you consider life in the tropical forest: without modern medicine and technology, with problems in agriculture, disease, and other risks. So basically you get used to it! And the Maya believed they needed to appease the gods to continue their earthly existence.”

I wanted to ask about the role of the ballgame. That was one area where human sacrifice was seen and is pictured at some of the original sites.

“The ballgame is a fascinating phenomenon because it is both a game and ritual. Our popular understanding of these two terms tend to be exactly the opposite: ritual is something dead serious (and in the case of ritual sacrifice it really is dead serious) and games are considered something fun. But these two thing can converge. They are two extremes on one scale.

“The game was played – and is still played in the northern regions of Mesoamerica – between two villages. You get together, you prepare for it as you would for any religious feast with some kind of purgative and ascetic practices such as avoiding certain foods, getting little sleep and abstaining from sexual contact. Generally, it was a male sport and male game and male ritual. Because it was so heavily connected with war it became even a kind of substitute… ritualised warfare… not unlike football matches for us.” 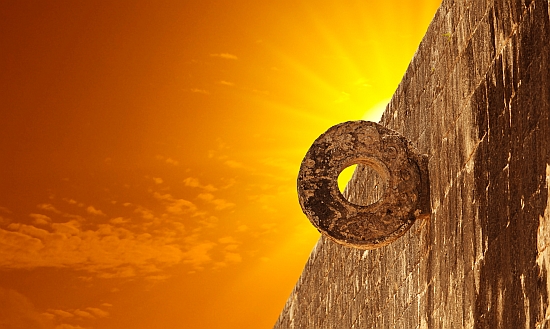 Was sacrifice always a part of it?

“No, it wasn’t and I would say it wasn’t in a majority of cases. One of the things you notice is that there were all kinds of different ball courts. In a single city, you can have more than 20 courts. Some are small courts for local play while others are very big and adorned with reliefs and other things where you can these were representative places of a ritual nature. Some scholars insist that some of the stately courts were never actually used for matches but only as places of ritual, where beheadings took place.”

Was it always beheading?

“The ballgame is very intimately connected with beheading but these things of course depend on the historical period and the culture. If we talk about Central Mexico and the Aztecs, they seemed to favour classical heart extraction on a sacrificial stone.

“Beheading was more typical of the Classical period and for the Maya and southern Mesoamerica. But things are not that simple and are more complex.

“The phenomenon of ritual torture is also important: the Aztecs focused on quantity, which means very little torture generally and quite a lot of victims, as opposed to the Maya who had fewer victims but who had heavy torture and ‘quality’ quote-unquote executions.

“With the ballgame there is a clear symbolic association when it comes to beheading: there is a big connection with agriculture tied to the Maya creation myth and the story of the maize god and the way he dies in the underworld and is revived again. Beheading has strong symbolic connotations: you harvest maize by ‘cutting the head off’ as you would a person.

“There is also quite a lot of blood in beheading compared to extracting the heart. You have a geyser of blood and that was important as the blood was supposed to fertilise the earth and new plant life.

I read it is a matter of debate whether the game was rigged: that the losers were meant to lose.

“At times yes but certainly not always. I would say that on stately occasions the outcome was probably fixed and that there would also be in cases when the ball game was more ritual than game. But on the level of the villages, the outcome most certainly wasn’t rigged.”

What was the game, in fact? Do we know much about how it was played?

“We would love to know exact details. What we know is that there were different versions and some were played with the arms and legs but not your hands or feet – that is pretty much certain. They also played with an implement called a hacha (which means axe) which were bats to hit the ball which was solid rubber and large and heavy. When there was a heavier ball, heavier protective gear worn was worn.

“The courts had hoops in the centre. What we know from the contemporary version where the hips are used, you had to get the ball through a certain space and a specific trajectory. The core rule was that the ball was not supposed to touch the ground.

“This goes back to the Maya origin myth, which begins at the point when the Maya gods are playing the ball game. The ball hits the ground and wakes the evil death gods and they get angry and decide to kill the players.

“So it seems that this was the cardinal rule: the ball was not supposed to touch the ground.”