New Insights and Research-Intensive Debate at the Heart of Charles University: Jews and Gentiles in East-Central Europe Conference

On May 26th, Charles University in Prague was privileged to host a fascinating and innovative five day research conference and two day international workshop Jews and Gentiles in East-Central Europe in the Twentieth Century under the Faculty of Social Sciences, organised by internal and external professors and various scholars, graduates and enthusiasts presenting their work. 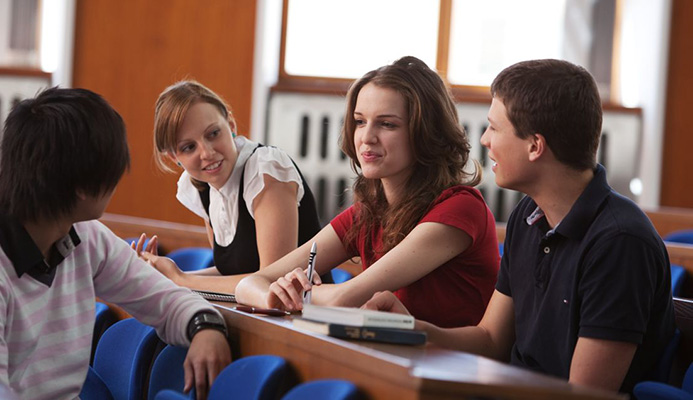 In preparation for the event, a call for research papers and presentations was made in relation to trending news and contemporary discussions on anti-Semitism in Europe, the Holocaust, the experiences of ethnic and religious minorities, and themes of history, politics, anthropology, resistance and citizenship in East-Central Europe, narrowing focus on to former Czechoslovakia. Accepted proposals were showcased over the conference dates, followed by debates, discussions and specialist input. Each day was opened and managed by Dr Jan Láníček, a visiting Postdoctorate in Jewish history from the University of New South Wales, Australia, and Dr Hana Kubátová, Assistant Professor at the Faculty of Social Sciences.

According to the organisers, this opportunity was in many ways, an anticipated follow on-event from a public summer research workshop hosted in the Washington D. C. United States Holocaust Memorial Museum under the Centre for Advanced Holocaust Studies, which addressed the “post-war distortion” of Holocaust memory, concentrating on a comparative study of Czechoslovakia, Poland and Hungary during the years after WW2, until the fall of the communist regime. Notably, it was here that the themes, implications, methodological problems and propositions, discussion and friendships ignited for future, permanent research efforts and events of this interdisciplinary, international and interactive nature, which from my time at Charles University, I've got to know as part of its ethos. The mobility of these ideas to Prague was supported by a Czech Science Foundation grant for research into Jews and anti-Semitism in Czechoslovakia, which naturally steered the conference’s academic aspirations and focus. Fortunately, grants were also provided by the Rothschild Foundation, the Czech Foundation for Holocaust Victims and from Charles University itself, which allowed the organisers to fulfil their ambitious targets of length and depth for the conference.

In 2016, selected papers from both events should be published in Holocaust Studies

The workshop, centred on “in-depth academic discussions of key issues that shaped the coexistence of Jewish and Gentile communities in East-Central Europe in the shadow of the Nazi extermination campaign”, was jam packed with individual 30 minute presentations, divided under keynote speakers and the topics of Wartime Attitudes, Postwar Poland, Postwar Czechoslovakia and Hungary, microhistory, the Holocaust and the Politics and the Representation of Jewish/Non-Jewish Relations, all of which I found to be sensitively discussed, honest and engaging. As a liberal arts student, I loved the range of specialisms and interests on display, the creative and analytical atmosphere and the keenness of its dynamic participants – it’s always refreshing at universities to come across some passionate, intricate research and researchers, all of which were original, enterprising and thoughtful. Their talks touched on tangible, modern issues, relating vitally to the current climate of rising right-wing influence and anti-Semitism in Europe, plus parallel discussion on war remembrance, microhistory and awareness of Jewish history and communities – lots of food for thought.

Although the event was comprised largely of an invite-only workshop, an aim of facilitating the wider public was stressed, creating accessibility through the conference element, which was arranged under the patronage of the Rector of Charles University, Professor Tomáš Zima, and the city mayor Tomáš Hudeček, taking place at the Patriotic Hall of Karolinum, the ceremonial main building of Charles University. I just wish to have seen more Erasmus and undergraduate students taking advantage of a rare, inspiring academic event and the many touching accounts of subjective and personalised research. The dialogue also, by intertwining with demanding, contemporary issues, projected a message to the student ‘generation’; for us to become inquisitive on the factors that have moulded the modern European borders, citizenship and experience, and for us to be informed on marginalised communities, their heritage and their histories, and be equipped and motivated to study and discuss correlative issues and questions in the past and future tense.

Through the keynote and guest speakers, a foundation of expertise guided the debate but there were interjecting platforms for queries and suggestions from participants, which maintained a focus on self-expression and education in the public sphere of the event. The workshop’s keynote speaker, Dr Raphael Vago from Tel Aviv University, spoke of his fascinating experience and research Imagining the Vanished World of Central and Eastern Europe: An Israeli Perspective, and the general conference was led by Professor Omer Bartov from Brown University, a historian and accredited academic in Holocaust studies, who in his talk The Voice of Your Brother's Blood: The Holocaust as Communal Genocide, outlined the conference’s elementary targets of documenting the “similarities and differences in the Jewish-Gentile relations across volatile national borders in the region” and examined “how this community of coexistence between Jews and Gentiles transformed into a community of genocide during German occupation in WWII”, whilst underlining the organisational aims of “bringing together senior as well as junior scholars from various disciplines”, delving in to newfound “methodological approaches” to researching these themes.

With hopes of repeating this successful and effectual showcasing of research, the organisers commented: “with all the grant and with months of organisational work, putting together this workshop and conference was one of the most challenging things – but definitely worth it! Both events were so stimulating! And in 2016, selected papers from both events should be published in Holocaust Studies, and hopefully also in a book form”…so if you weren’t there, make sure you get your hands on a copy!