Despite having been in the Czech Republic for over six months, it has taken me until now to discover that as well as being lovers of beer, many Czechs are also lovers of dancing. When first asked to attend a ball and write an article on it, I was both excited and apprehensive. My confession to never having danced before was met with surprise from some Czech students, for whom it is common to learn these classical dances when they are around the age of sixteen or seventeen. Not wanting to turn up without any prior knowledge, I was able to arrange a crash course on how to dance the Waltz, Blues, Rock n Roll, Cha-Cha, Foxtrot and more with one of the Erasmus coordinators who used to be an assistant dance teacher in the past. 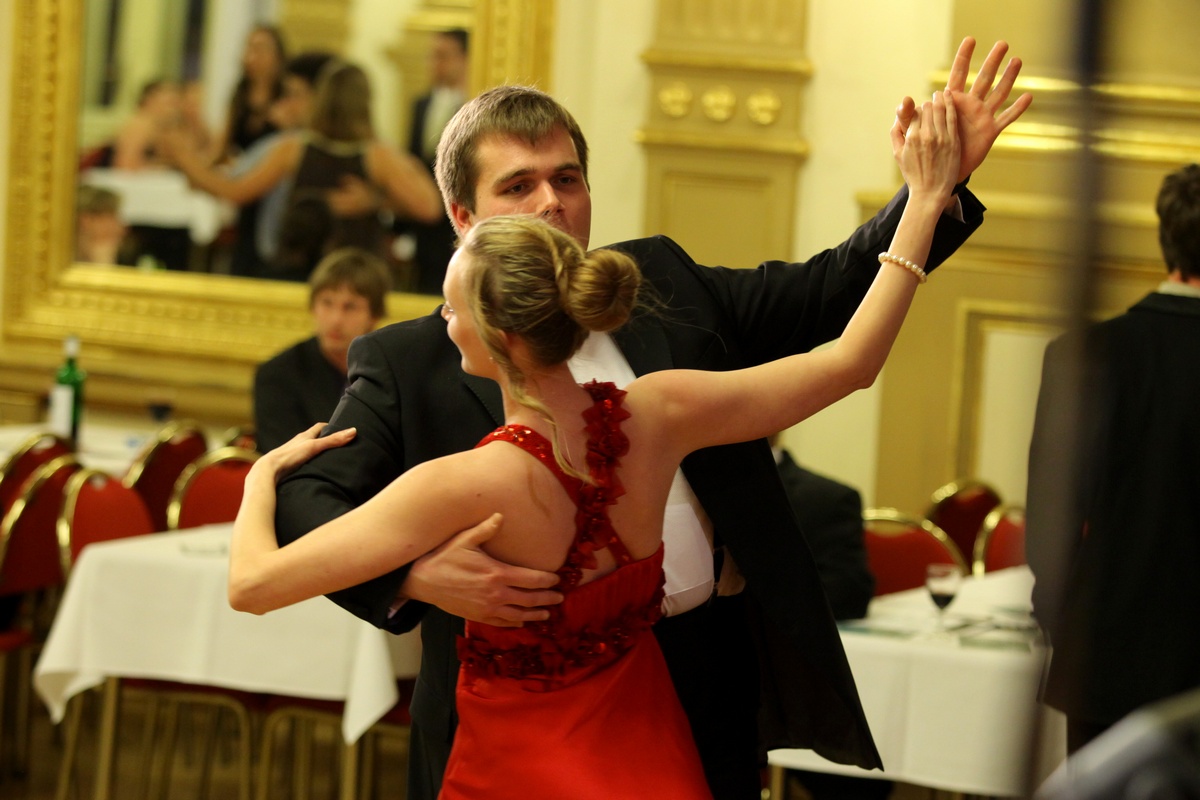 In England, ballroom dancing is something that is seen as the domain of the older generations. Most students would be pushed to find someone who would know how to do little else but shuffle awkwardly in one of these situations. A good percentage of young Czechs, however, eagerly take these lessons – although I get the impression it is much more popular amongst girls than it is with boys. The building in which the ball was hosted is also used to host dance lessons, and according to the website it receives around 2000 young students and 600 adults each year.

There are several other places around Prague teaching this style of dancing (Žofín, Municipal House / Obecní dům, National House in Smíchov, etc.), but this seems to be one of the main ones. As well as simply learning the classical steps associated with these dances, it is also a lot of fun and it gives boys and girls a chance to dress up nicely and interact with each other in a sophisticated environment. It is even common at these classes for the young people to start dating.

Naturally, when having taken dance classes, there must come an opportunity to show off what has been learned. Most of the faculties at Charles University host their own ball at the end of the winter season, around February or March. These are for both Czech students and international students, and if someone has never experienced a ball like this before, I would highly recommend it. 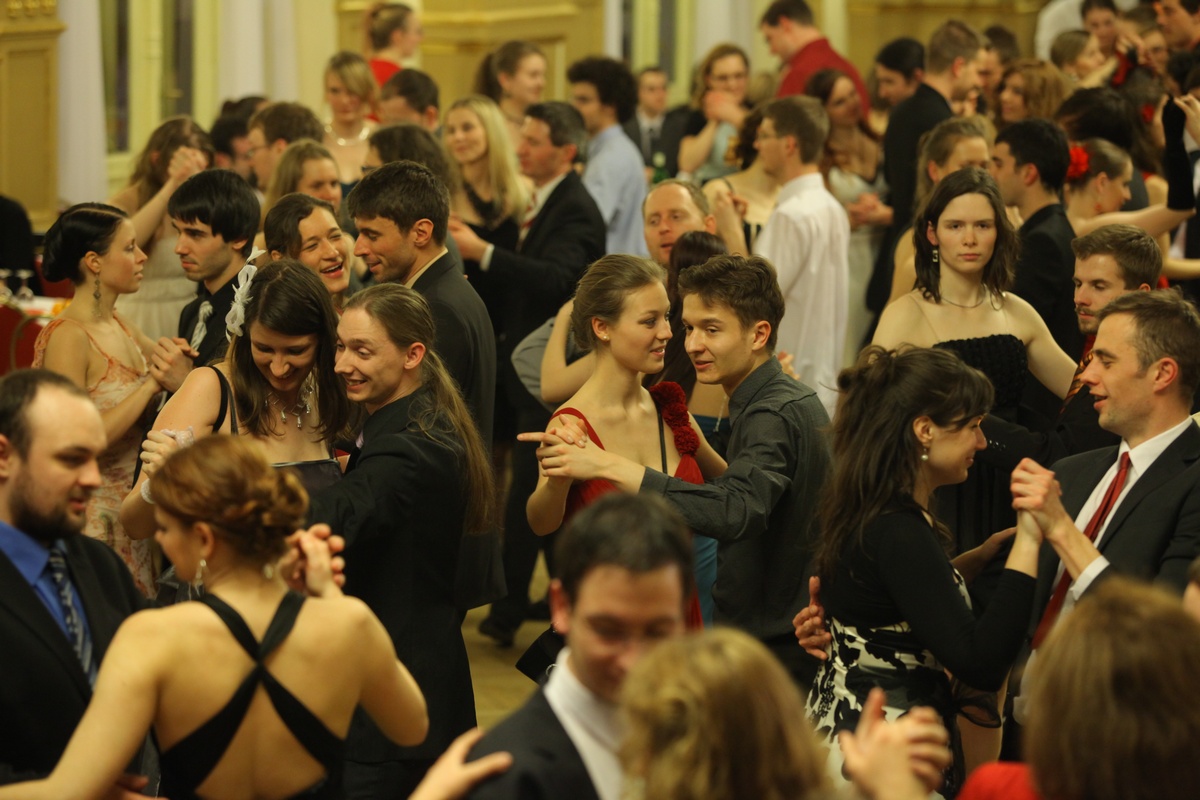 The ball I attended was on Thursday 21st March 2013 and was hosted by the Faculty of Arts in National House / Národní Dům na Vinohradech at Náměstí Míru. The building was built in 1894, is very grand and is used for many different things. Inside the building is very impressive with big, sweeping staircases and beautiful chandeliers. The main hall is called the Mayakovsky Hall and it is spectacular, beautifully decorated and with a balcony all around the top to look down onto the dancing (or whatever else is going on below).

On the night of the ball there were also two other rooms in use, the Rais Hall and the Social Hall. These were smaller and offered different types of music and dancing. I listened to a different band in both of these, each playing a completely different style. If classical dancing isn't your thing then there is still something for everyone. I even managed to partake in a salsa class hosted by Salsa4Water, and as a consequence have been attending their lessons on a Monday. 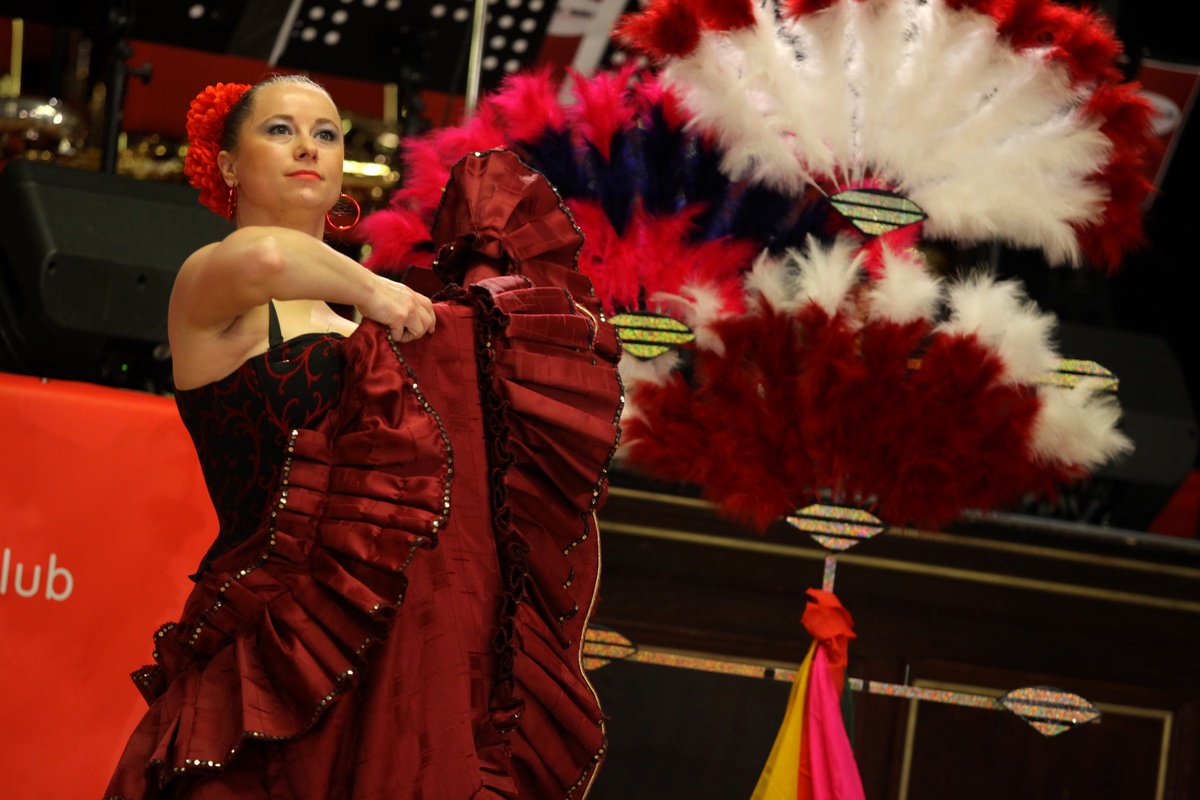 In the Mayakovsky Hall, there was a band on stage who played music throughout the night. As soon as they started, people jumped up to dance. This was a perfect demonstration of the confidence that learning these classical dances teaches you. There were all levels of skill, some were beginners like myself, trying to watch other people and pick up the steps, some looked like they'd been doing it for their whole life, and the rest were somewhere in between. It was a great atmosphere, and felt like a really special occasion with the men wearing suits and the women in dresses and heels. This seems to be one of the occasions where Czechs don't mind going all out to impress.

When needing a break to catch a breath, there were tables around the edge of the hall to sit down, watch the other guests, and soak up the atmosphere. The audience were treated to several performances by a variety of different dancers. Drinks were served to the table, there were some speeches and even a tombola half way through, with a variety of prizes. Everybody joined in and seemed to have a really good time. I was taught the phrase 'smím prosit?', meaning 'would you like to dance?', as it is standard to dance with different people even if you come with a partner. This makes it a really good social activity as there is the chance to dance and meet many people.

Overall, it was a thoroughly enjoyable evening that I would recommend to anybody who gets the opportunity and wants to learn some more about the Czech culture.