On Thursday afternoon, 23 April 2015, the American Center of the U. S. Embassy in Malá Strana hosted a variety of delegates including embassy officials, students and scholars. This event, co-hosted by the Prague Security Studies Institute and the Institute of Political Studies of Charles University, aimed to answer one question, “what does space security in the 21st century entail?” 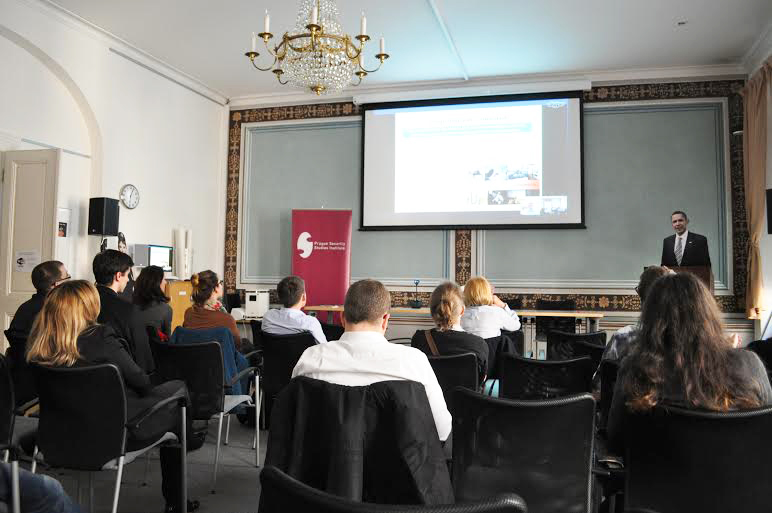 The answer was provided over videoconference by the very accomplished Dr Scott Norman Pace. Dr Pace, born 1959, is the current Director of the Space Policy Institute at the Elliott School of International Affairs, George Washington University. Dr Pace has also worked in NASA, the White House and the RAND Corporation.

Dr Pace began by outlining the four major sectors of US security in space. These included the military, commerce, civil and intelligence sectors. Space is becoming of growing importance to these sectors post-Cold War because the technology used is becoming more diversified and accessible. The most important technology being satellites which are used globally and across different sectors.

The use of technology in space is of particular importance to the military in war. The military use a wide range of technology to ensure that it can deploy forces, synchronise forces, engage and defeat enemy and operation plans. This is all sustained through GPS precision which has evolved significantly since World War 2 where no weapons were used in space.

The use of military space weapons and the missions that coordinate them are also diversified. Some defensive and offensive missions include space support, network space force enhancement, space control and space force application. However, there are some serious threats to US and global space activities as a whole. These include cyber threats such as phishing, worms and viruses; but also threats to space such as debris and satellite collisions. 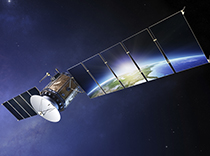 In 2009, a defective Russian satellite collided with an US commercial Iridium spacecraft.  As a result, both satellites were destroyed and a cloud of debris was formed which threatens causing damage to or destroying further satellites. The exosphere is already so crowded with satellites from the USSR, USA, Japan, China, India, Israel and Iran and so further debris will only contribute to the current international confusion and miscommunication.

A pressing question was then asked, “what is the USA plan to do about this debris, considering that it has contributed significantly during and Post-Cold War?” Dr Pace replied that although technology which removes debris has been considered, the current Obama Administration has not allocated funds towards this as it is too expensive. Hence US Space Security is simply conducting orbital conjunction screenings. Unfortunately, because satellites and debris move at such an incredible speed, it is very difficult and sometimes not possible to navigate the satellites in time.

Dr Pace explained that another way to clear space debris would be through international cooperation. And so, all capable countries could contribute by funding a project to clear space debris. Dr Pace, however, seemed more interested in another form of international cooperation that his Administration also refused to fund. In his opinion, the international community should consider funding an excursion to the moon. By doing so, more information would be gathered on space travel to further destinations such as Mars. In summary, Dr Pace anticipates some very interesting events to come in the 21st century.