Not the Usual Brit Abroad: BBC's Rob Cameron's Spin on the Czech Republic

Meeting Rob Cameron, the BBC “stringer” correspondent for the Czech Republic and Slovakia in Prague was a mix-up of two different worlds for me: home and abroad. It was a unique opportunity to gain some insight in to the ambitious world of journalism, careers in mass media and a home away from home: “behind the scenes” at the biggest public broadcasting service of the UK. It's the face of breaking news, current affairs and my laptop homepage that I check obsessively every few hours. Besides my avid interest in politics, I was also yet to meet a successful Brit in the Czech Republic...

I attended a talk organised by Charles University in Prague and hosted by the ECES Program under the Faculty of Arts. At the main building for East and Central European Studies, Cameron, who was born in London but has lived in the Czech Republic since the 1990's, led the event. He entertained me and other enthusiastic ECES students with a light presentation on his interests, background, job and highlights of life in Prague, leaving most of his time with us in the hands of a jam-packed question and answer session. He was down-to-Earth and friendly in both approach and appearance; not exactly matching my expectations of a brisk, sharp, suited up British news presenter. The atmosphere in the room was comfortable and his responses were peppered with crisp, dry British humour that I found very warming. 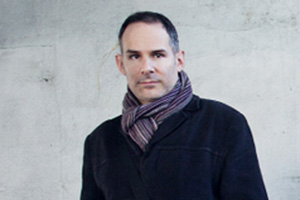 Cameron was a humble person, explaining that he was “stringer” or freelance journalist for Czech and Slovak affairs, offering stories to the BBC in London and other media organisations based across Europe on an informal basis, permitting him

flexibility concerning where he is and what he reports on. So, despite being on some level a smaller fish in the vast pond of journalism, he seems to have racked up quite a profile – investigating events in numerous countries including Albania, Austria, Poland, Russia, Sweden and offering his results to numerous bosses – Deutsche Welle and Irish Radio to name a few.

His career path is somewhat winding and unusual, starting off as an English teacher in 1993 with an open mind and no intentions of becoming a reporter. He pointed out that he had no journalistic qualifications and clarified my prior impressions of the field – that such positions often come about by circumstance, connections and luck (his reflections and advice were always useful – this is rhetoric that I amongst many university students also spout when we are asked what our future occupation plans are by elders and at awkward family dinners). After four years, Cameron advanced to learn Czech and became a translator and editor in the Czech Republic, demonstrating how foreign language abilities definitely ease and broaden the horizons of your career path especially if your interests like mine, lie in travelling and exploring with hopes of working and living abroad. It was surprising too but refreshing, to come across a Brit who speaks another language fluently, as Brits have a habit of roaming around on their holidays expecting cafe and airport staff to be the bilingual ones. Maybe it’s an education problem, maybe a cultural one but we need more successful examples like Cameron to be speaking out to young British people, promoting the colossal advantages and necessities of learning languages for your future.

These were the stepping stones that lead Cameron to a career with a Czech news agency for 3 years and then to English broadcasting Radio Prague, filling in for the lead news reporter before taking over. This portfolio of reporting skills and experience, which is complied majoritively of radio rather than written work, opened the door for Cameron to a mixed, colourful life in freelance journalism – an individualistic, self-reliant and adventurous job where “you get out what you put in” according to Rob. But it's not all free champagne and caviar – freelance reporting is unpredictable, irregular, precarious and you need a knack for problem solving, thinking on your feet, smooth talking and improvisation. An ideal stringer has a balance between interconnectedness with their freelance colleagues and a determined, competitive streak to cover the latest stories first. Organised and prepared, freelancers should push themselves but know their limits and avoid over-booking themselves or taking on stories they know nothing about for the sake of getting work. Today, Cameron is busy offering stories to a number of bodies yet considers the BBC his main bosses despite having a physically distant relationship with them whilst in Central-Eastern Europe. Instead, he has a close kind ship with his European stringer colleagues built on co-operation and respect for their assigned “territories” of coverage responsibility.

Next, he gave us a personal account of the Czech political climate by taking us one by one through his key and latest BBC pieces. The depth of his knowledge and admiration for the Czech Republic was clear throughout – he was particularly endeared by the recent “This is Prague Baby” YouTube sensation, a tourist cameraphone video of a young city police officer playing the public piano chained to the Faculty of Arts' building, a video which I'm sure all iForum readers have already watched, and that Rob Cameron reported on. The aspects of the viral video which Cameron chose to discuss in his radio commentation depicted his consise, witty reporting style and painted a delightful painting of Prague for listeners – he spoke of the spirit of the city, a positive international reception of Czech police and the university, the uniqueness and charm of the public pianos dotted around the city which have brought smiles to the faces of residents, workers and tourists alike, plus the obvious 2 million viewers online. The Faculty of Art's piano too is a daily joy for myself and the various students, visitors, passer-bys, smokers and early morning coffee drinkers of the Faculty of Arts. When Cameron spoke of why he chose to bring this small story on to the platform of the BBC, he said “well... this was exactly what Prague was all about”. He didn't further this comment, but we all knew what he meant.  I remember thinking that in this respect – Prague being a cultural, historical and arty hotspot – he is very lucky.

He specified on the radio show that the song played by the policeman was River Flows in You by South Korean composer Yiruma and that the Czech police had released a light statement in response to the antics of the on-duty officer, in which Cameron selected positive, humorous lines to quote: identifying the clip's nameless officer to be a newbie to the force who should have been concentrating on his control duties but deserves praise for a talented performance that would gain the Czech cops a friendly face. Cameron had a cross-cultural and optimistic approach to his work, clear to me in both the radio report and in his explanation to us for giving the musical policeman BBC airtime: he wrapped up by saying it was a “nice break from other news” in contrast to recent and unsettling broadcasts of unrest in Ukraine and other parts of the world, which was a true and uplifting comment to come from the mouth of a journalist. I granted him that amidst consistently distressing and dispiriting coverage, a positive spin on the real world through strange or fun or inspiring stories are welcomed with arms open by news audiences – the 2013 Royal baby hysteria being one. It was extremely vexatious (Britain had briefly sold its public sanity for baby madness; endless pregnancy timeline and Kate Middleton's maternity wear updates, conception and pregnancy diet tips, coupons for British flag baby clothes... in every magazine and newspaper – really?) but it was at least a change.

Moving onto Czech politics, you can find many of Cameron's articles accessible under the BBC Europe and World subtitles on the homepage. Written in English, they're responsible for communicating the most recent political activities in the Czech Republic and Slovakia to the outside world, mostly on up to date political debate, electoral analysis – he commentated the 2013 Czech legislative and presidential elections – life and cultural events, although you can find some not-so-serious alternative political news including the usual scandals, parliamentary tittle-tattle and and funny characters in the public eye.

I enjoyed listening to his fluency and understanding of Czech and Slovakian current affairs and society and he taught me a fair deal on the party demographics and leading profiles, answering questions I first had when I arrived in Prague for the first time during election campaigning in September. Describing the Czech Republic and Slovakia as “democratic and stable” in the eyes of political journalism, he presented to us his achievements, amusements and surprises in political life here and the events we can expect him to address as the BBC correspondent. It seems his “typical day” is unpredictable, varied and never fails to tickle his sense of humour – from close-up election coverage to politicians fighting at dentist conferences, lobbies to David Černý's recent middle-finger protest art floating on the River Vltava outside Prague castle (I'm sure you've all witnessed it – see Cameron's article Czech Floating Finger Sends President Message if not). And by the sounds of it, he knows Europe pretty well to say the least.

Our group at the Centre of Central and Eastern European studies was small but this gave us a rich question and answer session (and shamed us of our knowledge of the Czech Republic) and sparked debate amongst ourselves as we compared the medias and political participation in Britain, America and the Czech Republic. It was a one-off chance to delve internally in to the sofa politics of our year abroad destination and also to make more objective observations about the politics, order and culture in our home countries. I was left with a positive impression of the ECES students and their study program, as their knowledge and absorption in to Central and Eastern Europe was reconcilable with Cameron's and their questions honest and attentive.

Despite getting lost on the way, I was very glad I turned up to such a unique opportunity to hear a successful journalist in such an intimate environment, spill the beans on a controversial industry and famous broadcasting organisation for the for aspiring authors and politicians in the room. It was also inspiring to meet a prolific Brit in the Czech Republic and hopefully his constructive advice will advert me from being a monolingual unaccomplished writer. We forget as university students sometimes how many of these kind of face-to-face opportunities come our way, and take for granted the bodies that offer them to us – what we can learn from them is endless.