On the 17th and 18th of October, the Centre of Medieval Studies hosted a conference on the financial aspects of the medieval economy. The conference Financial Aspects of the Medieval Economy, of which the Faculty of Humanities of Charles University was one of the organizers, attracted academics and scholars from across Central and Western Europe, who discussed and debated a number of topics related to the main theme. 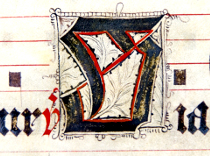 Split into 7 sessions of 3 to 4 talks, each featuring a different theme, the conference gave insights into some fascinating aspects of medieval economics, from the late Dark Ages to the early modern period. The talks were centred chiefly on examples from Central Europe; however examples from Italy, England, and the Netherlands were also given.

Following an opening lecture from Dr Roman Zaoral from the Faculty of Humanities of Charles University, the round of talks began with Professor Peter Spufford of the University of Cambridge discussing “Exchanges Rates and the Real Economy”, using three examples from across Europe in the 15th and 16th centuries. The second session featured Italy heavily, with talks on reconstructing money flows in Europe with evidence from the Libri Di Cambio, the archive of the Italian merchant Francesco di Marco Datini, and on the 1427 company records and the 1433 tax census of the Florentine Republic (delivered by Dr Anthony Moore of the University of Reading and Katalin Prajda of the Central European University in Budapest respectively). Dr Grzegorz Myśliwski’s (from the University of Warsaw) talk about what we can gleam from what remains of the late 14th to early 16th century accounting books of the merchants of the medieval trading hub of Breslau sparked off the main academic debate. Myśliwski’s hypothesis that double-entry bookkeeping may have been used in Breslau as early as the mid-15th century drew polite doubt from some of the academics present, as there is no evidence of such bookkeeping occurring in nearby Bohemia in the same period; something that was later addressed in Mgr. Pavla Slavíčková’s (of Palacký University in the Czech Republic) paper on the 18th October about the techniques and operation of accounting records in town offices in Bohemia and Moravia before 1750.

On the second day of the conference a diverse mix of topics was once again discussed. One paper that the assembled academics found quite amusing was the talk delivered by Dr Antonín Kalous of Palacký University, entitled “Financing a Legation: Papal Legates and Money in the Later Medieval Ages”; particularly the tales of Legates who were paid substantial amounts of money after claiming that the funds they were given were “insufficient”.

The international mix of academics in the conference enabled scholars from different nations to give examples and viewpoints on the same topic. This occurred in during the fourth session on the 17th October, when a talk by Mgr. Stanislav Bárta of Masaryk University in Brno on the pledge policies of King Sigismund of Luxembourg in Bohemia, was followed by a talk by Janos Incze from the Central European University in Budapest on the same king, and the same policy, but this time in Hungary ( the aforementioned King Sigismund himself, according to Incze, was once derided for his pledge policy and seen as a disastrous financial administrator, but is now seen as a financial genius). Another interesting point on the subject was raised by Dr Moore, who pointed out that the two previous talks had displayed the differences in the same topic between Central and Eastern Europe, and England. Another interesting paper came on the 18th October from Mgr. Marek Suchý (from the Prague Castle Archives) about the economic aspects of the construction of Prague’s St Vitus Cathedral. According to the information in the Cathedral’s medieval building accounts, we can learn about the wages of those involved (from the well-paid architects to the more lowly labourers, whose wages were, to say the least, insufficient), the daily expenditure of the different classes of workers, and where individual stonemasons who worked on the Cathedral came from. We can even pinpoint what part of the Cathedral individual stonemasons worked on.

The final paper of the conference was delivered by Dr Georg Vogeler of Karl-Franzens University in Graz, Austria, in which he argued a case for editing medieval account books digitally (something he himself attempted over 20 years ago), and attempted the show the benefits to historians and philologists of applying such method. With the end of his talk, thus ended what seems to have been a successful and interesting conference, with hopefully more of such nature appearing in the not-to-distant future.