A Decade of Lithuania in the EU

This informative talk on the past decade of Lithuania’s membership in the European Union given by Mr. Mindaugas Stanys, the Second Secretary of the Embassy of the Republic of Lithuania to the Czech Republic was an intimate affair with the people in attendance clearly very interested in the topic at hand. 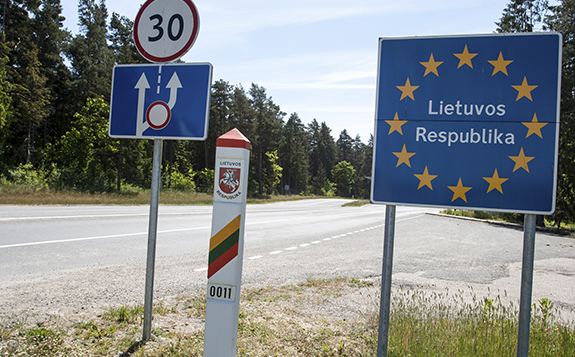 We were first treated to a brief history of the beginning of Lithuania’s European life. With their independence in the early 1990’s came a desire to distance themselves from their previous Soviet connections and join rather with the “European family” as Mr Stanys put it. This desire subsequently lead to their application to join the European Union in 1998 and their eventual joining in 2004 along with a number of other countries including the Czech Republic.

The countries opinion as to the value of their new union changed quite a bit over time as they went through the stages which I feel most EU countries have probably gone through during their membership. At first public opinion in favour of the union was high with 60% agreeing with it. This fell dramatically after their first 5 years in the union to 35% due to unrealistic expectations as to what benefits were to be gained from their membership as well as fears about losing their culture and heritage, competitiveness and all those other, completely logical, fears that all new members go through. However 10 years into their membership and public opinion in favour of the membership is back up to 50%, with expectations become more realistic and much of their fears abating.

The high support for the membership can be easily justified when you look at the benefits which the country has experienced in the last decade. In 2004 the GDP was 50% of the European average, now ten years later it is 72% of the European average. With trade and travel opportunities opening doors that were once firmly closed you can see why many of the average citizens would approve of the union. With better standards and practices being brought in from the EU one of the biggest changes for the people of Lithuania has been to the standard of living. 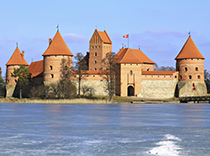 From a political standpoint the big changes have been an opportunity to be part of the decision making process to shape EU policies alongside the biggest nations and to be allowed to mature as a nation. They have been tested with the presidency last year and more than rose to the occasion showing their maturity as a nation and their desire for growing unity and sharing of social and economic benefits within the EU.

Speaking from a purely personal standpoint Mr Stanys was of the opinion that their membership has brought an openness which, of course, has both positive and negative consequences. While an open mind to other cultures is always important, there is often the fear that by adopting traditions and cultures from so many places you can sometimes loose some of your own. He was very complimentary of the opportunities it has brought to the youth of Lithuania which wouldn’t have been available even in his time, such as the wonderful opportunity of an Erasmus year which is a truly once in a lifetime experience which should not be taken for granted. Like many countries in this modern age Mr Stanys has noticed an increase in emigration from Lithuania, not a negative reflection on the country, simply a much easier time to travel in the communication age where leaving home no longer has to mean leaving your loved ones behind.

While there have certainly been some negative consequences and problems for Lithuania with their membership, it seems that they are still very much happy members of the union who want to strengthen the European bond. They are set to join the Euro zone as of the 1st of January 2015 and show no signs of slowing their active membership and desire to be part of the “European Family.”