“The response by volunteers to our online initiative was immediate”

An interview with the First Faculty of Medicine’s David Kulišiak

Students at Charles University’s medical faculties wasted little time in pooling their strengths in the face of the coronavirus pandemic, with many volunteering to help even before the government passed a key resolution making it mandatory (for those in their final years of study). Each faculty has its own organisational team and the student initiative at the First Faculty of Medicine in Prague was spearheaded by sixth year student David Kulišiak, whose facebook campaign quickly brought students together beginning last week. 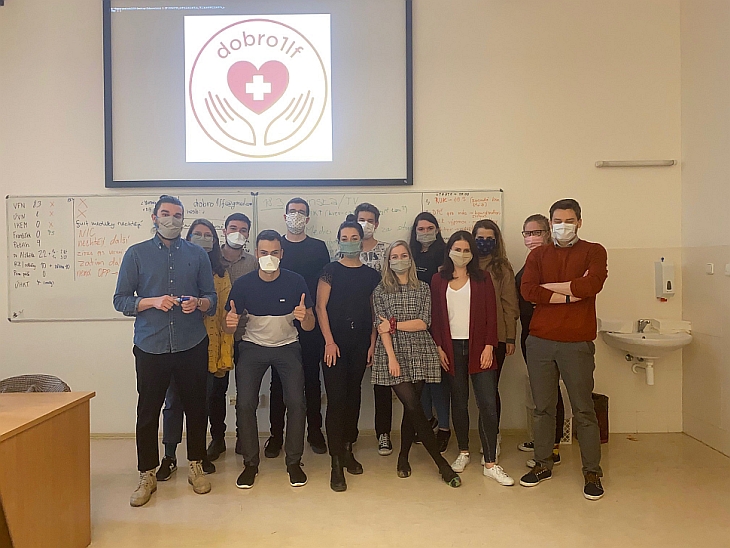 I asked him a little earlier how things are looking right now.

I can say that more than 1,000 volunteer med students at CU’s First Faculty of Medicine are either already helping or are ready to help. A week ago, even before the government resolution requiring later-year med students to help was issued, we created a facebook page asking for volunteers. Students responded almost immediately. We used a survey which we asked volunteers to fill in, emphasising whether they could help immediately or in the future.

At the moment, there are some 450 Czech students and 150 foreign students studying in English who are either already helping or will soon. These are students from our own faculty; the Second and Third Faculty have their own coordination teams. That means that hospitals in Prague, for example, are also divided by the different faculties. We are volunteering at six of those (which traditionally cooperate with the First Faculty of Medicine including the General University Hospital in Prague. We are also in touch with GPs in Prague and ambulance emergency services. We have twenty people helping emergency services already: they are either already working or getting registered.

We are not just talking about final-year students obviously…

We have students from across the spectrum at the First Faculty of Medicine – from future general practitioners to dentists to addictologists. They provided us with the info and then we did a triage to filter who could go where, based also on the needs of the individual hospitals. So they tell us they need 10 people to help in administration there and that would go mostly to first-years.

Students in higher years such as fourth, fifth and six are sent to hospitals to help with clinical tasks. Our team is the first point of contact and we try and provide for the hospitals’ needs the best we can. We know about the government resolution requiring the fifth and sixth years to help but we are continuing this effort in the same vein as it began: as volunteer work. We are in cooperation not only with other faculties in Prague but across the Czech Republic. All the coordinating heads are working together and bringing together all medical faculties in this country, which means altogether eight.

Not that the resolution didn’t need to be passed, but it’s encouraging and admirable that so many students reacted of their own accord; so you came forward to confront the situation – nobody needed to "order" anyone to help.

Yes. Last week when I spoke to head of the General University Hospital he stated very clearly what kind of help would be needed and that led to our forming this initiative. Last Thursday we had a couple dozen people, which quickly grew to hundreds.

What has the reaction been?

The help is of course appreciated. Communicating with hospital HRs they appreciate what is being done and we send someone almost every day. They don’t have to ask and they are sent students directly to help. We are waiting to see what the situation will be because it is changing from hour to hour.

When you talk about students helping in hospitals, they are close to everything, but you’ve said they are not in the frontline so to speak…

When it comes to the coronavirus Na Homolce Hospital, which is not among the six, is at the frontline in the Czech Republic. Neither are out students the ones who are testing people. These are jobs such as helping nurses and working as orderlies and helping in the clinics and administration. The Military University Hospital, for example, needed help in administration and paperwork and we are helping there. It’s one of the six universities with which we have an agreement.

The students are active and at work at a time when everyone else who can stay and work from home has been ordered to do so. In that sense they are greater risk than the greater population; do they have enough facemasks and other items for their protection?

We raised that question obviously and the first thing we needed to know was that they would be covered as workers, that they would be insured. All of the volunteers have officially been hired by the hospitals, which means they are covered by insurance and have access to all hygiene items. We also have for coordination teams who are asking them if they have enough of what they need. So we have an overview that everything is as it should be.

The Covid-19 pandemic is like nothing we’ve seen before. Just a few weeks ago, when the severity was perhaps not as obvious, I heard opinions that medical students potentially helping could be a valuable experience in terms of their education or professional futures. Do you think that is the case?

As a sixth year student myself, I can say that all of us would prefer not having this experience and focus instead on regular studies. We’d rather have all of our clinical subjects, including doing the rounds at hospitals, normally. Certainly, no one has seen anything like this since the First World War and afterwards, when the Spanish flu spread around the world and killed around 50 million people. This is a new situation for everyone.

I guess the experience may prove “valuable” in some sense, but we would vastly prefer for things to be normal and not as they are. We have a pandemic and the epicentre has moved to Europe. The centre moved and we are witnessing the most rapid growth while in China it appears to have lessened. The government quarantine means that most people have restricted their movement. On the way to the dean’s office and later on the way home, I saw very few people in the streets and those I did all had their faces covered which is fantastic [Editor’s note: mandatory for all citizens as of March 18 at six pm]. 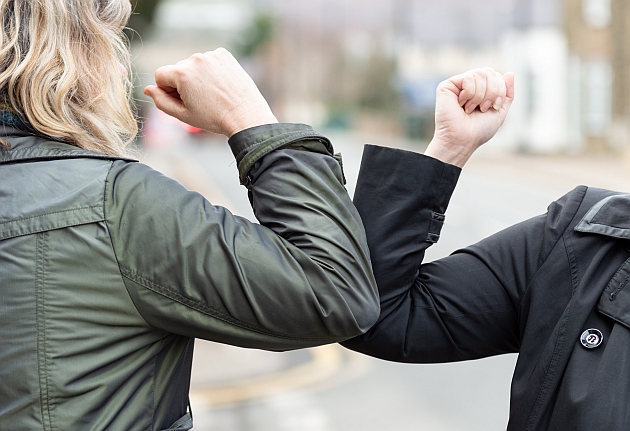 Social distancing is also one of the most important ways to try and quash the rising numbers, it seems.

It was up to the government to decide what was best for public health but restrictions in China indeed seem to have help slow the spread of the virus. There, they have already closed some of the hospitals that were rapidly built to deal with the situation in the first months. So that is great. The way that it is spread can be dampened or prevented if people take special care to follow all the guidelines and maintain a distance.

The best way to do it is to prohibit people from gathering outside of their homes: when you meet someone you can forget and shake their hand or kiss by accident or out of habit. This way if you go out, it’s to work or to a park and when you come back you wash your hands the way it has been taught. That makes a difference and can help improve the situation hopefully, so the numbers might not be as dramatic as in Italy or Spain.

It may be too early to think about this but: what about when all of this ends? From a psychological perspective should we imagine a time when all of this will be behind us? Or is it better to take things from one day to the next?

That’s a question I have heard from some of the older people who are under great pressure and are taking in all this information. Wondering, when will we able to meet together? To go out again to a concert or pub? Or go to the cinema for instance, which was the first thing prohibited. I would say I hope the situation will improve in the coming weeks or months, with a decrease of patients with the virus and as well as keeping the risk of fatalities at zero. We want to keep those numbers down but we also don’t know how the situation is going to develop. 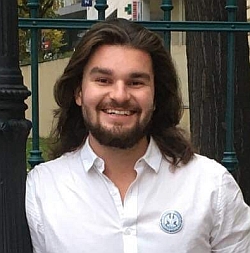