CU at important junction to be top research university

Monday saw the start of a two-day meeting of Charles University’s International Advisory Board (IAB) Meeting evaluating research and future progress at the institution on a number of different fronts. On the agenda, for example, were the university’s Primus program for funding exceptional young scientists as well as the work and progress of individual faculties. The two day meet-up allowed not only for presentations but for open and informal discussion all with the aim of pushing CU forward when it comes to research. 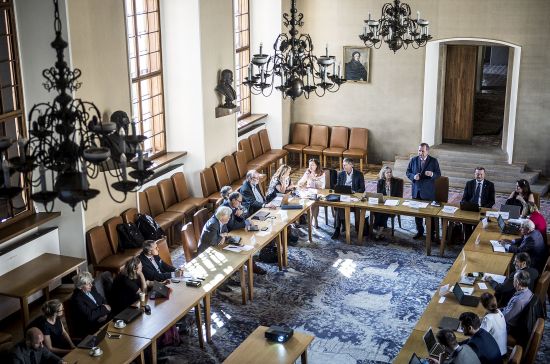 The Vice-Rector for Research Jan Konvalinka explained CU can fulfil ambitious goals – and certainly aims to – with the help of the IAB:

“I think we are now at a very important period at Charles University where we have to meet all of the opportunities before us to become a really first class European research university. We are headed in that direction but we are not there yet. The problem is not so much a question of money but the need to decide what to do in the form of structural reforms and to identify those who can make a difference. That is why we have the International Advisory Board here.”

Many of the members bring their own expertise to the table, I gather?

“They bring their own expertise, not so much in their respective fields but in terms of organisation and the evaluation of science and knowledge of how to recruit the best people and giving them opportunities to work. This is something we have to learn because without that we will not be able to compete with the great international universities, they will draw all the talent away.”

Opening the two-day meeting, Rector Tomáš Zima discussed an important evaluation ahead regarding funds; how prepared is the university for that challenge?

“Actually there are two evaluations ahead for us: there is the national evaluation of course which will take place and we are ready for it and that is not our major concern. Because we want to be even more demanding, stricter than the national evaluation and we are preparing our own which would be much more detailed and will follow internal rules that we agreed on and I hope that this evaluation will help us to start a new era of research at Charles University.”

On the agenda, were also two case studies where promising research is taking place, is that right?

“Yes. This is the fourth time that the board is meeting and for each meeting we profiled the work of different faculties so that the board would get a closer internal picture of what is going on at specific faculties. This time we highlighted the Faculty of Physical Education and Sport and the Faculty of Pharmacy in Hradec Králové. For the first time, we are profiling some of the smaller and less mainstream faculties and I think it will be very interesting for them to see what is going on.” 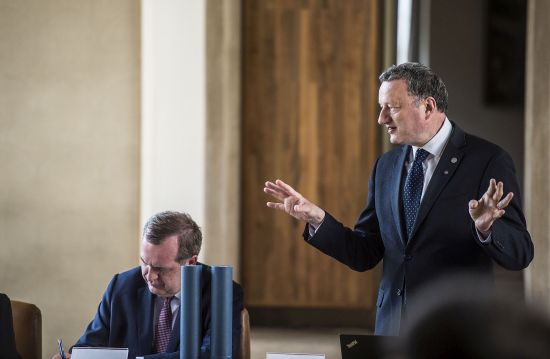 There are surprisingly quite a few members on CU’s International Advisory Board, more than I expected in a way...

“I was in Brno last week and at the university there they too have an international advisory board but they only have four members. That makes certain sense, it is more effective, it’s easier and it is less expensive. But because we are a large university, we decided to go the other route: we decided we needed to cover most of the major research areas that we have.

“Yes we do and all three are absolutely first-class in their branches. First, there is Tim Snyder of Yale University, who readers or listeners will know is a top historian specializing in the history of Central and Eastern Europe and the Holocaust. A fantastic personality and we are very proud to have him – he could not make it this time I am sure he will be a very active member.

“Then, we have Tim Clark from FAU in Erlangen who is a computational chemist and this is a branch of research that was not covered before.

“And, last but not least we have Keith Gull who is a fellow of the Royal Society and one of the most distinguished scholars in parasite biology and medicine. These are absolutely superb first-class personalities of research and education in Europe.”

As an aside, you mentioned it yourself in your opening speech, it’s a university system so that means a certain amount of formality, but you said you were not ‘standing on ceremony’… the desire is to try and break through formalities or a formal approach, to get to the ‘nuts and bolts’ so to speak…

“It’s true. The advantage – and disadvantage – of this institution is that it dates back to 1348 and is the oldest university in Central Europe. Everything is formalised and beautiful and historic.

“On the other hand, sometimes we tend to be ‘too’ formal. Fortunately on this board our colleagues – even though they are very distinguished scholars and famous in their respective fields - are friendly and open. That is exactly what we are going for.”