The First Decades of Charles University

On November the 6th through to November the 7th, a series of lectures was held at the Academy of Sciences of the Czech Republic, titled “The First Decades of the Prague University: Transforming Intellectual Space in 14th-century Central Europe.” This series of lectures concerning Charles University (back then known as Prague University) aimed to analyse and uncover the influence that Prague University had on Europe during its first decades of establishment. The series included lectures centred on specific literary sources prepared by specialist scientists from universities from the Netherlands, Germany, Austria, Cyprus and Italy, as well as lecturers from Charles University; the texts often concerning the views which were held of Charles University by its neighbouring countries in its first decades of founding. 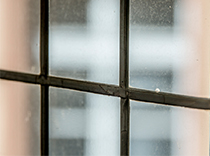 Charles University is renowned for being the oldest University to the North of the Alps and to the East of the Rhine, with it being founded by King Charles IV of Bohemia and the Romans in 1348. It originally only consisted of four faculties – theology, the liberal arts, law and medicine; not the 17 faculties which are in existence today. In 1882 the University was split into two, a German part and a Czech, due to the lectures being taught in German rather than Czech. The University has had its periods of wealth as well as decline; with the first decades of the University being one of renown and esteem, supported by both monarchy and church. But by 1491 the strength of Charles University can be seen to decline, with students and professors refusing to attend a direct consequence to the western schism. Despite these periods of uncertainty the University has survived to remain an established centre for education in Europe in the 21st century. Famous graduates have included Franz Kafka or the first President of the Czechoslovak Republic Professor Tomáš Garrigue Masaryk.  In addition to this Albert Einstein was appointed Professor of Theoretical Physics in the German part of the University in 1911. 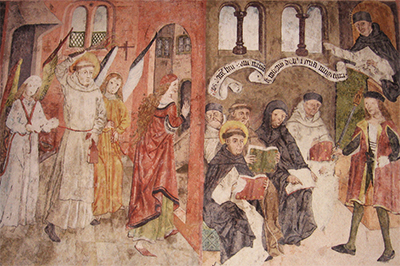 The first day of this informative event consisted of lectures focused around the individual Henry Totting of Oyta and other Masters of Prague University. The second day focused on Prague University viewed by foreigners, the transmission of knowledge and other historical aspects. The block of lectures held in the morning on the second day titled “Prague University Viewed by Foreigners” was especially interesting. With Charles University in the 21st century being attended by approximately 1400 Erasmus students in the academic year 2013-2014, the studying of past views affectively shows the continuation of international interest in this particular University. The key texts included The Charters of Foundation of Prague and Naples: The Models and Their Reuse by Fulvio Delle Donne from the University della Basilicata, Umberto Decembrio: A Humanist in Prague at the End of the Fourteenth Century by Daniela Pagliara (University of Chieti-Pescara), and John of Marignolli and the Historiographical Project of Charles IV by Irene Malfatto from the SISMEL, Florence. Notably this lecture focused mainly on the Italian view of the University from the fourteenth century. Possibly as Italy was the centre of education and arts in Europe at this time, with the University of Bologna being a model for Charles University. Through the study of the texts as well as the information discussed at the presentation it can be viewed that Charles University at this time was a slowly emerging educational power, with the Faculty of Arts, Theology and Medicine gaining international acclaim. In addition to this, the texts studied in this lecture showed Prague to still possessed its majestic appearance in the medieval era as it does today.