Theresienstadt, one of many captivating sites of Czech history, caught my research interest after my visit there arranged by the Protestant Theological Faculty of Charles University. From my perspective as a student from England, history classes are bias towards American and western European studies, and the rich story of Theresienstadt is dramatically underrepresented generally in Holocaust studies along with the fruitful history of the Czech Republic. 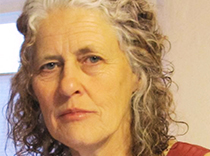 As a propaganda camp of model Jewish settlement, it was by nature a secretive and deceiving place and possessed a distinct purpose to the Nazis that set it apart from other concentration camps, particularly regarding the artists, composers and writers who were imprisoned there to be enrolled as contributors towards the fake publication of a cultural and recreational life in the camp. Numerous prominent artists and intellects served as inmates for this intention, and much of their written, theatrical and musical work is commemorated in the Terezín Ghetto Museum. Although, it must be noted that ongoing cultural and educational life was self-developed too by the Jewish inmates, but was later taken over SS management to be utilised for propaganda plans – the community is now known to have been extremely self-reliant, especially on ensuring that the Jewish youths continued with their education with the help of their peers, who were scientists and scholars amid artists.

Amongst them was famous art teacher Friedl Dicker-Brandeis, who I attended a fantastic lecture on entitled Asthetic Empathy in the Teaching of Art to Children (The Work of Friedl Dicker-Brandeis in Terezín) arranged by the Faculty of Education, Charles University and conducted by Linney Wix, Professor in Art Education (University of New Mexico, Albuquerque) and author of Through a Narrow Window: Friedl Dicker-Brandeis and Her Terezín Students, which “offers a closer look at the methods and philosophy of Dicker-Brandeis's teaching, the history behind her approach, and its possible psychological effects on the children she taught, biographical and art historical information on Dicker-Brandeis, and sheds light on her roles as an artist, teacher, and heroine behind Nazi lines in the Second World War“. Professor Wix´s current research is funded by the Czech Fulbright Commission as she is a Fulbright Scholar.

Professor Wix‘s primary field is art therapy, which was evident in her intimate and personal analysis of Dicker-Brandeis and in her discussion on the enflourishment of creative life in a place of tyranny and horror, in which Friedl Dicker-Brandeis is close to her heart concerning her heroic contributions and past life.

Dicker-Brandeis has been the epicentre of Wix’s extensive research and interest since the late 1990’s, motivated by what she considered to be a gap in academic awareness concerning her founding approaches, artistic talents and heart wrenching story. To access her journey and grow closer to her innovative outlook, Wix literally followed in her footsteps across Europe, presented to the class through an impressive map of accomplishments from Weimar to Vienna, Berlin, Prague, Theresienstadt and Auschwitz, Poland, where Dicker-Brandeis (born 1898, Vienna) tragically perished in 1944. Wix spent valuable time too in Switzerland visiting a woman whose mother was a close companion of the artist. The combination of all these cherished experiences took Wix to her first inspiring encounter with Friedl Dicker-Brandeis’s paintings in Český Krumlov, 2000, and through to her exhibition of this work in New Mexico, 2011, accompanied by a research-based companion book Through a Narrow Window, 2010.

Wix delivered a detailed presentation of Dicker-Brandeis’s brilliant life, starting off with her student experience under the wing of Swiss painter Johannes Itten (1888-1967) before she studied and progressed to a teacher at the prestigious Weimar Bauhaus, a university that boasts a highly-acclaimed history of fine art, architectural teaching and successful graduates. She walked their stairs during its foundational years (1919-1925) along with Franz Cizek (1865-1946), the father of children’s free expression/Child Art Movement and German-Swiss expressionist and surrealist Paul Klee (1879-1940).

Dicker-Brandeis advanced to develop Itten’s methods when taking up the teaching of art to children, endowing her signature teaching approaches, as Wix coined it, “Aesthetic Empathy” a unique, embracing and subjective movement of teaching methodology entailing rhythmic and breathing exercises, relaxation focus, and exploring individualistic and varied forms of artistic forms including plant, portrait, colour, texture, figure studies, light/dark, form and movement study and eventually, free art. Her intentions towards the young pupils, Wix claimed, were to discover and uphold individualistic art expression; to ease the path children walk on to personhood, to overthrow their prospective limitations in a conventional educational system and later, to equip children to escape and live fully under the morbidities of life in the ghetto-prison. The tasks students carried out explored notioning, elaboration of their own form, recalling memories, enlivening their imaginations, establishing and strengthening relationships and awareness with themselves, others and their potentials. Through this experience, she become engrossed in child psycho-social development, more specifically with empathy, relationships and the effects of rigid education, and took the results of her classes to child psychologists. These efforts and passions were also thought to have been amplified by her deep longing for a child of her own that she never had.

After her years in the Weimar Bauhaus (1919-1923) engrossed in printmaking, textiles, typography and painting, she left the institution as it entered a philosophical shift from empathetic to transcendental methods (1923-34), juxtaposed with a fresh company of artists that moved in. Dicker-Brandeis moved on to pursue an 11 year career as an artist and teacher in Dresden, Berlin and Vienna. Her triumphs seemed endless as Wix spoke of her travels, designing scaling buildings to tiny children’s trinkets, mentoring nursery art school teachers, (primarily in 1931) but in 1934, she left the atelier life. Shortly after, she was arrested for “communist activities” by Austrian secret police, but courageously persevered with her work, reencountering her experience of political interrogation in several paintings. In her modesty Dicker-Brandeis rarely signed her work, but I was deeply moved by the pieces that she did, the most impressionable for me being Interrogation II (1934).

As anti-Semitic socio-political alienation and discrimination was rearing its head throughout the 1930s and early 1940s, Dicker-Brandeis taught political refugees here in Prague, along with Jewish children that had been expelled from public schools in Hronov, Eastern Bohemia (1938-1942), prior to teaching art in Theresienstadt 1942-1944. Wix presented her as a defender of the needy, never failing to notice someone’s creative potential. In her unique attention to fine details, she found the budding artist in everybody, especially young people, who she frequently allowed to work with her in an apprenticeship relationship. It seemed to me that even in the darkest periods of warfare Dicker-Brandeis stayed alive for and through her art; flourishing from a student to a teacher and marrying her lover Pavel Brandeis, who survived Auschwitz.

In her simple and ingenious way, Dicker-Brandeis found inspiration and beauty from the entire sensory world around her. She would regularly paint still life portraits of everyday objects, appreciating everything from onions to flowers. She was also known to have utilised natural resources to work with like the bark of trees, and did not waste any materials she came across – postcards, cardboard, envelopes all became her canvas in the scarce environment of Theresienstadt. Little of this organic work survived; nonetheless she made a heroic effort to preserve hundreds of pieces before and during her detainment by packing them in suitcases and hiding them in the floorboards and rafters of the ghetto buildings. I was enthralled by this dangerous endeavor and perplexed by what her exact intention was – did she envision escape? Was she seeking safety for the art in the certainty that she would outlive the camp? Was she creating a time capsule for future generations in the certainty that she was going to die?

In Theresienstadt, Dicker-Brandeis endured with art teaching and enrolled as a child support worker, being one of many adult peers who selflessly contributed to the backbone of faith and community in the ghetto by ensuring that the Jewish children received not only an education, but creative and emotional outlet. In this light, she taught with compassion, patience and a certain degree of distance, refusing to dictate to her pupils a “correct way” or affirming her preferences in their style. She magnetised self-worth within her pupils, encouraging them to take ownership and pride in their achievements by signing their work, which to me indicated her love and hope for those children because this was something she rarely did herself. We owe a great deal to Friedl Dicker-Brandeis for this conscientiousness, as it ensured that the names, memories, creations and observations of the perished children of Theresienstadt (most were deported and died in Auschwitz) live on today in their facsimiles (Pinkas Synagogue), instead of remaining undiscovered and unknown behind numerical mortality statistics.

In the summer of 1944, Dicker-Brandeis picked up her paints for the last time. Until that moment, she had never ceased creating during her time in Theresienstadt, accomplishing 80 pieces that are now on display in Terezín Ghetto Museum and The Jewish Museum in Prague, including a pastel view of the camp and a vision of the landscape outside the camp.

In Wix’s words, she taught the children how to feel, and healed in a time of unspeakable horror. Her teaching and artistic mannerisms were described as therapeutic, sensitive and worldly and Wix spoke highly of her pioneering ways to access the core of people’s desires, thoughts and potential.

She contributed immensely to the fields of both history and art by daring to create a window for post-war society to see Theresienstadt first hand. By working within a philosophical/aesthetic framework she in turn established herself as a self-made art therapist, who without her efforts, “there would be no children’s work”, and thanks to Professor Linney Wix’s thorough study, dedication and unwavering love for Friedl Dicker-Brandeis, we are now able to truly access and appreciate her astonishing legacy.