Can Democracy Be Saved? - Public Lecture at Social Sciences Faculty

Charles University hosted a topical discussion on the effectiveness of representative democracy on February 27th. The central concepts were focused on the on-going crisis in which world political systems are facing in retaining core values of participation and active representation. 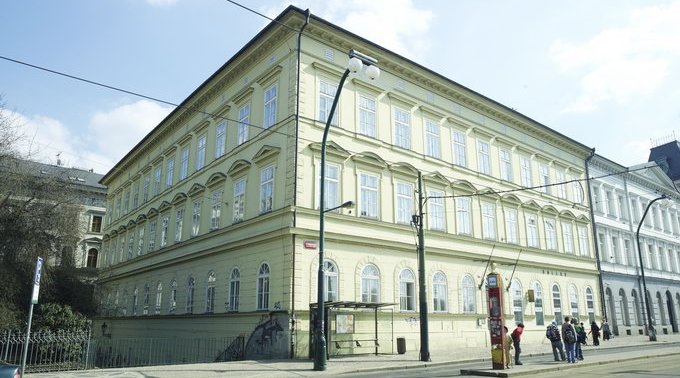 The social sciences faculty invited Professor Donatella Della Porta, professor of Sociology at the Department of Political and Social Sciences of the European University Institute to address an open room at the Hollar building. The event was organised to discuss the topic in-depth from a critical perspective, in order to find solutions to the ‘democratic crisis’ in which the ‘neo-liberal’ systems are facing. The nature of the event was an initial lecture on the relevant topics such as protests and direct democracy and its effect on the government process as well as offering insights into alternative methods of democracy followed by open discussion.

The lecture began by complimenting many aspects of democracy; the effective link between government and people, its ‘neo-liberal’ values and its essentiality to a healthy civil society. With these aspects in mind , the other more problematic outcomes of democracy were also discussed. This was by emphasising the effects and outcomes of the recent protests against austerity measures taken by governments across Europe. One of the key issues raised was the vital requirement of increased participation amongst citizens, and the methods required. She emphasised that the ‘people power’ of the protests, as a direct form of democracy posed a strong example of how unrepresentative the democratic systems are throughout the continent, despite twenty-first century assumptions. This led on to the suggestion that perhaps the ‘democratic’ system that countries such as the Czech Republic, Italy and UK are governed by could be tweaked and improved in order to represent the participants more effectively.

By laying out several alternative methods to the current parliamentary and semi-presidential systems, with relevant criticisms, solutions as to how improvements could be made were deliberated. By allowing citizens to speak about these issues with a restraint on the government was offered as a solution to the stated democratic crisis. The Italian Professor of Sociology and Political Science made clear that there were supplementary measures, which could be taken in order to achieve greater effective representation for the majority through alternative methods.

Following this, she assessed the challenges in which the “neo-liberal” forms of democracy face, the system followed by all European Union governments. The effect of the financial crisis, she exclaimed added a “greater strain” to the fluidity of this modern system of government, and explained that in extreme economic circumstances in which Europe is experiencing today, representation becomes harder to address – the most vital aspect to democracy. The specific alternatives offered included supplementary methods of direct democracy, greater government restraint and accountability and a lessening reliance on party systems. As well as this, there were suggestions of greater participation in order to address the issue of failed representation, as a more active civil society endorses a more accurate will of the electorate.

Contemporary social movements are the answer to this issue, according to the lecture, as a society in greater touch with its government and representatives is the root of this democratic deficit in Europe. A more “vibrant civil society” makes democracy more effective, and during this time of crisis to formulate pressure and interest groups is another source of saving democracy.

The lecture was summarised and the key points reiterated, that the core aspects of participation, deliberation and requirement for greater social movements are the essential aspects to ‘save our democracy’ – something that all citizens need.