It has been more than three years since scientists used the LIGO system or Laser Interferometer Gravitational-Wave Observatory for the first time in history directly observe gravitational waves. The stunning discovery confirmed predictions Albert Einstein made with his theory of general relativity almost a hundred years earlier.

One of the co-founders, renowned theoretical physicist Kip Thorne, who was later awarded the Nobel Prize along with colleagues Barry Barish and Rainer Weiss for their work, spoke at length about that discovery - and developments since – at a very full Blue Lecture Hall at Charles University, at the invitation of the Learned Society of the Czech Republic. The presentation was the second in a series entitled The Bolzano Lectures (named after 19th century mathematician and philospher Bernard Bolzano). 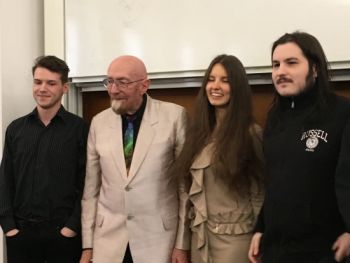 During the lecture, Thorne unpacked in fascinating detail not only the initial enormity of the task of creating a system capable of detecting notoriously weak gravitational waves, but outlined what it will mean in the future – namely a progression of better detectors which by the year 2050 which should be sensitive enough to pick up waves originating less than a second after the Big Bang itself.

The hunt to detect the gravitational waves general relativity predicted was a long one, with plenty of peripatetic twists. Interestingly, in the late 1960s, Thorne originally concluded the difficulty of detecting the waves was too great. But soon, he reversed his position. New advances in technology as well as a system of detecting the waves being pursued by colleague Rai Weiss at MIT changed his mind and Thorne came to see the task not only as possible but worthy of a life’s work.

He told me more after his lecture at CU on Wednesday.

“[I changed my mind after] looking very deeply at the technology and at techniques that Rei Weiss had devised. Doing very deep analysis of how we could conquer the various forms of ‘noise’ that such a detector would face. And understanding that although it would be extremely difficult, there were methods and steps we could take to overcome the problem.”

In your lecture here at CU, you described such a tiny number to begin with and even though you were able to improve the chance of detecting gravitational waves somewhat, to a layman it doesn’t seem like that great a difference.

“To an engineer or a physicist, using light to measure the position of something that is smaller than or almost one trillionth the wavelength of light – that is extremely difficult. And making measurements of a mass that is about a billion times smaller than motion on the Earth, whether wind blowing on trees or water droplets falling to the ground, this is very hard to a physicist or an engineer. It was harder than anything available at the time, so we had to create new technology to make it possible.”

This was the LIGO system (now advanced LIGO) and it was itself the culmination of 40 or 50 years’ work and involving contributions of hundreds and hundreds of people; and the date that made history was September 14, 2015. The amazing thing about it was that the first observation of gravitational waves came just three days after the system went live.

“Yes that was quite amazing. The first detection also remained the strongest burst of gravitational waves that we had seen, for several years.”

And those particular waves originated in another galaxy 1.3 billion years ago where two massive black holes orbiting each other spiralled into each other and crashed and were absorbed into one…

“That’s right. We have since then seen or detected events that happened more than two billion years ago, signals of which arrived over the last two years.”

“We thought it would be around once a week but now it is a little more than that. We may get to the point with better detectors in the future where we will pick up more.”

Are these all black holes colliding or are they also other celestial events?

“Black holes, collisions of neutron stars, and we think now although we are not completely sure because the signal was rather weak, that we picked up gravitational waves from what could have been a black hole tearing a neutron star apart. But we need a stronger signal to be sure and to be able to extract enough information.”

The big takeaway is that this gives us completely new tools for studying the Universe. Will it be the case that we will be able to go back to the moment right after the Big Bang?

“Yes, these are thing I am expecting we will see and hear. Not with LIGO but with other types of gravitational wave detectors. Within 20 years and more and more as the century passes, I expect that what we will be seeing, what we will be studying, among the most interesting things that we will be doing is exploring the earliest moments of the Universe. A fraction of the first second in the Universe’s life and what was happening then.”

What has it already told us? Obviously we have known for a while now that we live in a rather quiet part of our galaxy and a quiet part of the Universe… but elsewhere things are very active and rather violent, more than anyone maybe realised…

“So we have seen a lot of violence with radio telescopes particularly and X-ray telescopes more than optical ones. But the particular forms of violence that we are seeing through gravitational wave detection are things we have never seen before: when it comes to black holes colliding, the most violent event other than the birth of the Universe itself… there was no electromagnetic waves, no light, no X-rays, no radio waves, astronomers who work with that kind of radiation could see nothing. Only gravitational waves. So we are seeing events and types of violence that were previously unknown and previously unseen.”

Another unlocked secret… that’s more than a little inspiring…

“It is inspirational. It give me confidence that over the coming years and decades and centuries we’ll be seeing things we never dreamed of.” 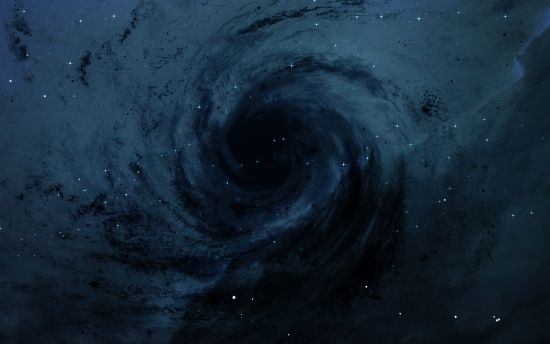 As Professor Kip Thorne appeared along with fellow Nobel prize winners on Big Bang Theory, we asked him what was it like :)

“It was a lot of fun, I was on it with two other Nobel Prize winners, particularly Frances Arnold my colleague and friend at Caltech, and we were on set for one morning, just one morning and we had been given the script and I had three lines of dialogue to say. One was ‘No, no.’ The second was ‘Dr. Hofstadter I presume’ and the third was something else I have now forgotten. But the very fact that I had lines meant that soon after I was contacted by the Screen Actors Guild telling me I should join for three thousand dollars. Well I am not going to join for three thousand dollars. But it was fun anyway.”