For twenty years now the Charles University Grant Agency has been helping talented scientists to cover the costs of their research. One of the projects to receive financial assistance was that of hydrobiologist Mgr. Petr Jan Juračka from the CU Faculty of Science and his colleagues from the Department of Ecology, who are interested in the morphological description of water fleas (Daphnia). These tiny aquatic crustaceans are some of the most intensively studied freshwater organisms in the world. Recognising the different species is important for other scientists, who use water fleas in their experiments and applied research. 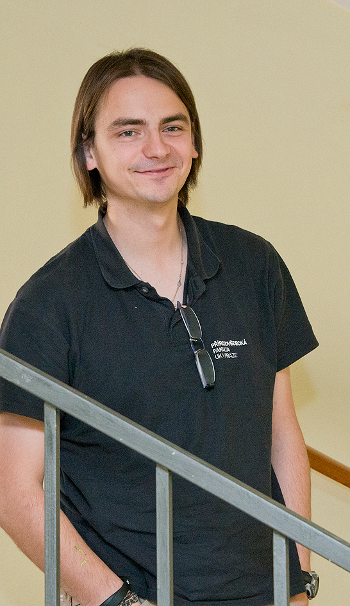 Petr Jan Juračka came to the Morphological description of cryptic, Western Palaearctic species of water flea from the Daphnia family project with his interest in the study of organisms inhabiting a set of small reservoirs near the Bohemian village of Kokořín. Juračka devoted his bachelor’s and master’s theses and dissertation, which he will defend next year, to this topic. While researching in the Kokořín region, scientists came across a new species of water flea, Daphnia hrbaceki, called the ‘Hunchback of Bezděz’ due to its peculiar appearance and place of discovery. The Latin name of the species further pays tribute to docent Jaroslav Hrbáček, a major figure in Czech hydrobiology, who died in 2010.

“In the past there has been a steep fall in the number of small areas of water in the countryside, mainly due to intensive agriculture. At the same time, ponds and small reservoirs are home to a wide variety of organisms that you won’t find anywhere else. It is for precisely this reason that we have, in the last few years, been building a network of new ponds, some of them in the Kokořínsko Protected Landscape Area, where we carried out our study. During this study we found a water flea that looked slightly different to the ones we’re used to,” explained Petr Jan Juračka.

This discovery led Petr Jan Juračka and his colleagues to carry out a more detailed study of water fleas and their taxonomy; water fleas are a model organism, used in research by other scientists. In order for their experiments to be successful, however, these scientists need to know precisely what ‘materials’ they are working with.

As part of the project, therefore, the hydrobiologists from the Faculty of Science described the newly-discovered species of water flea and are now working on the taxonomy of water fleas from the Himalayas in cooperation with scientists from Switzerland and China, and are also engaged in the systematic study of circumpolar species of water flea, that is, those species inhabiting the Arctic and subarctic zones of the Northern Hemisphere. 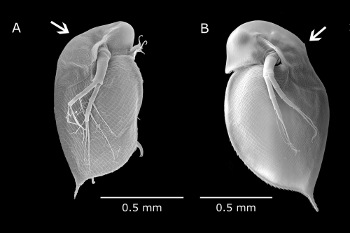 Petr Jan Juračka has, in the course of the project, spent hundreds of hours over a scanning microscope used to study the crustaceans and their eggs. At the same time he is preparing, together with students on the Bakalář PLUS programme, methodological instructions on how to prepare sets of long-lasting water flea eggs for scanning microscopes.

The study of these tiny crustaceans is far from over. The new discoveries constantly being made provoke ever more questions, and Petr Jan Juračka is sure that he’ll be studying them for some time to come.