When I first arrived into the closed poetry evening on the transnational migration of form with Jahan Ramazani, I didn’t quite know what to expect. A group of around twenty of us gathered into the classroom, decorated with bookshelves all along the walls. However, the moment Mr. Ramazani began to speak, I knew that I had the privilege of listening to one of the academic greats of our generation. 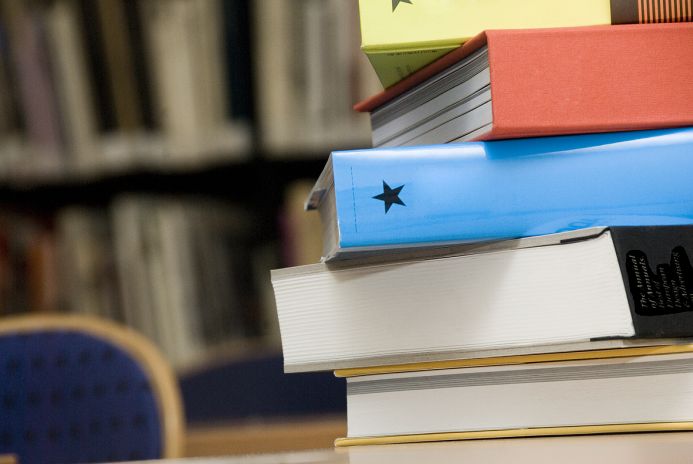 To give a brief biography, Mr. Ramazani has a Bachelor of Arts degree from the University of Virginia, a Masters in philosophy from Oxford and a PhD from Yale University. To add to his ever growing list of accolades, he has published numerous articles and to date four books that have amassed him huge respect among literary circles and critical acclaim worldwide. His list of awards is endless, with one of the more notable ones being the Thomas Jefferson Award, the highest honour of the University of Virginia, where he teaches, and making history in the process as the first father and son duo to both achieve the prestigious award, just under a decade apart. He has spent a semester at sea, teaching students Asian poetry amongst other things whilst en route to Japan. To cap it all off, he is an associate editor of ‘The Princeton Encyclopaedia of Poetry and Politics (2012)’.

Mr. Ramazani was introduced by his fellow colleague, an Irishman called Justin, with whom he is currently collaborating with for his next book, amongst other people. Each person was given a hand-out with five poems included, all of a varied theme but with the thread of globalisation binding them together. His complimentary Prezi powerpoint was captivating and really helped to highlight his main points. I have a passion for poetry, so to hear from one of the world’s leading scholars on 20th century poetry was a once in a lifetime opportunity. He engaged with everyone and question time was stimulating, with everyone eager to hear his opinion and to talk to him at the end of the presentation.

He talked about the likes of T. S. Eliot, W. B. Yeats, Seamus Heaney and Marianne Moore as though they were his friends, such is his vast knowledge of their work. He constantly pointed out the rhythm, tone, syntax, enjambment and structure of the poem in a methodical yet intriguing manner.

I though he gave us a fascinating insight into his personal interpretation of the poem ‘The Punjab’, by Daljit Nagra, showing us a video of the poet reading his poem, at a presentation which he gave in London. Mr. Ramazani discussed the South Asian robustness clashing against the very British restraint in the poem, debating his passion on globalisation of the 21st century. He explains that when teaching, for example, Romanticism, it is important to discuss every cultural aspect, including poetry from all around the world, such as America and Britain.

He considered ‘The Oxford Handbook of Global Modernisms’ and how Islamic cultures is primarily found in poems by, for example, Asian poets. He continued, stating that formal analysis is an analysis of power and that Western influences swallow local forms. A particular favourite quote of his states that African poets: ‘trim their sails to the modernist squalls from the West’. He is a strong advocate for less nationalisation and a more multi-cultural approach. The poet McKay ‘allowed himself to be imprisoned in the pentameter’ but at the same time, Mr. Ramazani does not advocate a principle of distant reading, as then it is not being properly interpreted, because poetry needs to be carefully examined as it is incredibly intricate.

He went on to depict the various types of form, including foreign form – local content, local form foreign content and so on. This analytical and creative approach to poetry really made me think outside the box. In one of many speeches made about Mr. Ramazani when accepting an award, he is described as follows: ‘Mr. Ramazani is one of the most knowledgeable, imaginative and influential scholars in his field. He has made the study of poetry reach a fully global domain’. I can’t think of a higher compliment than that. I thoroughly enjoyed the closed poetry reading with Mr. Ramazani and I am sure he will continue to astound the world with the depths of his literary and creative ideas.